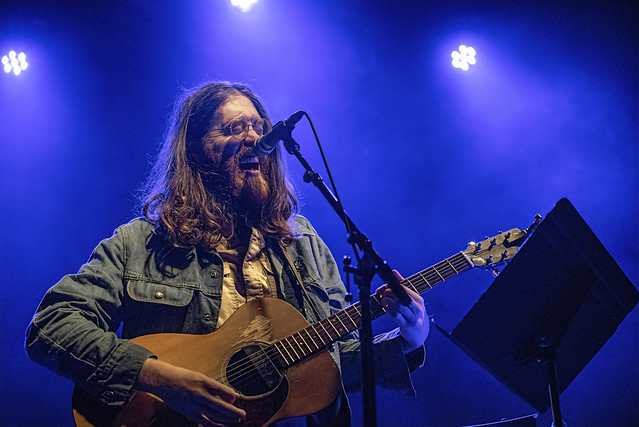 Will Scheff fronts Okkervil River at The Hamilton Live on July 15, 2019. (Photo by David LaMason)

A reverent crowd sat in hushed admiration for the songs composed by Okkervil River founder and frontman Will Scheff, who praised The Hamilton Live for its feeling of openness and its listening room environment, during a recent stop on the band’s Rarities & Requests Tour.

Opener Lip Talk, aka Sarah Pedinotti, who would join the trio for the part of the main show, commented that the July 15 crowd was “the most zenned out” of the tour.

As the tour title suggests, Okkervil River played audience requests Monday evening. Many in the audience had lost track of time, and they were taken a bit off guard when Will appeared alone on stage at 8:30pm with no announcement. Strumming his acoustic guitar, Will sang “Lido Pier Suicide Car,” requested by Jeremy Stringer.

Finishing the song, Will spoke to the audience about the band’s adventures on the road. The day before, the band had a day off and drove from Chicago to Somerset, Pennsylvania, where United 93 had crashed. After arriving in Somerset, Will perused the local Yelp menus; he said that he has become an expert Yelp menu reader, and it’s all about the grammar of the menus.

Having chosen a restaurant for dinner, several members of the band decided they to head down to a swimming hole for a dip. When they returned to the van, they discovered they had locked themselves out. Increasing the sense of urgency, Will had eaten a piece of candy containing both THC and psilocybin.

Like something out of a comedy, two park rangers emerged: one was tall and skinny, the other was short and rotund. They helped the band get back into their van. By this time, the restaurant they scouted had closed, so they headed to a roadside place to get something to eat.

Will Landon requested “The President’s Dead,” a song that the band has been in increased demand since 2016. The rest of the trio, mult-instrumentalist Ben Davis and electric guitarist Chris Kyle joined Will on stage. Will remarked that this is going back to Okkervil River’s roots as a trio. Next, they played “Singer Songwriter,” a song about art and the artist’s life, for Chris Kimmel.

“Passes #33” Will explained, was one of the first songs that Okkervil River worked up after they moved to Austin and were living in a house near the campus of the University of Texas. (I spoke to Will briefly, and it turns out we were living only a few blocks after I moved to Austin for graduate school.) Will also mentioned A Dream in the Dark, project wherein over the course of 2019 Okkervil River is rolling out a dozen live albums.

“On Tour With Zykos,” a song about somebody living in a small town, led right into “Black Nemo.” Okkervil River hadn’t played “Calling and Not My Ex” in a long time, and they brought the song back for these shows. It’s about a guy who is dating someone who becomes a big movie star.

Sarah joined the trio for “The Industry.” Will explained that, having made a questionable decision, he’d played “Weave Room Blues,” 45-second fade out and all, on Jimmy Fallon. During the song, Ben switched from bass to piano, and Sarah played the bass.
On “Okkervil River Song,” Ben was quite busy, beginning the song playing an instrument that was something like a xylophone, and later brushing a drum — in addition to playing the bass. Sarah wailed away on the harmonica.

The next song, “Pulled Up the Ribbon,” came from the band’s latest record, In the Rainbow Rain. Sarah played bass and Ben played drums. After the song, left, leaving Will, Ben, and guitarist Chris Kyle.

Stream In the Rainbow Rain by Okkervil River on Spotify:

The band followed up with “Seas Too Far to Reach.” Then Will asked for “an Elvis/Suicide level of slapback.” Will talked about his view of DC: He goes back and for between “great town and fuck that town, even though it’s really the entire nation.” By Jeffrey Lamont’s request, the band play “No Key, No Plan.”

Will left the stage. Ben and Chris played haunting instrumental music. Sarah joined on them on the piano. After a few minutes, Will returned. Sarah stayed and played harmonica and piano for “Mary On a Wave,” requested by John Waffles-Morgan, then left stage.

The final song of the night, “A Stone,” was requested Taylor McKay. Will made a point of sending out his best wishes to the original requester, Beth Kearns, who had to have emergency surgery. He said he felt “like a little lego man inside the chest of a kid who has grown up” inside The Hamilton.

After a set full of gorgeous songs, Will affably met with fans to sign albums and take photos. He was friendly and approachable. It was a lovely evening of beautiful music, and Okkervil River’s fans will surely be lining up to see them when they return to DC.

Here are some pictures of Okkervil River performing at The Hamilton Live on July 15, 2019. All photos copyright and courtesy of David LaMason. 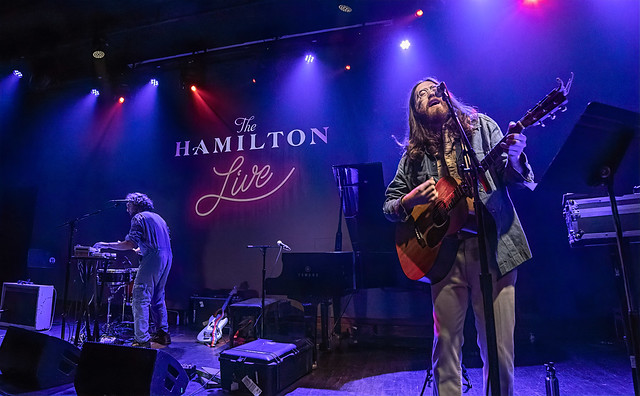 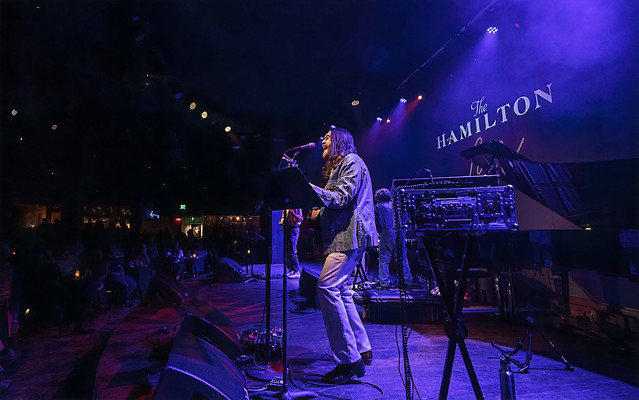 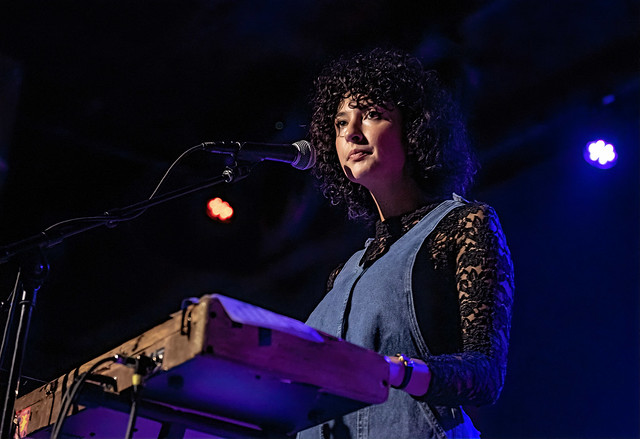 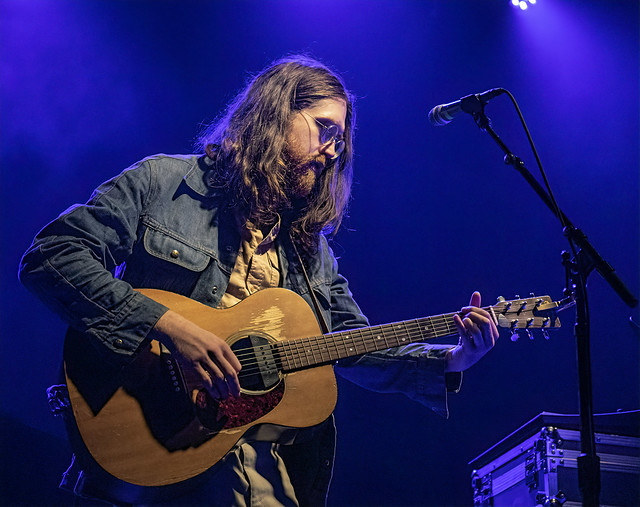 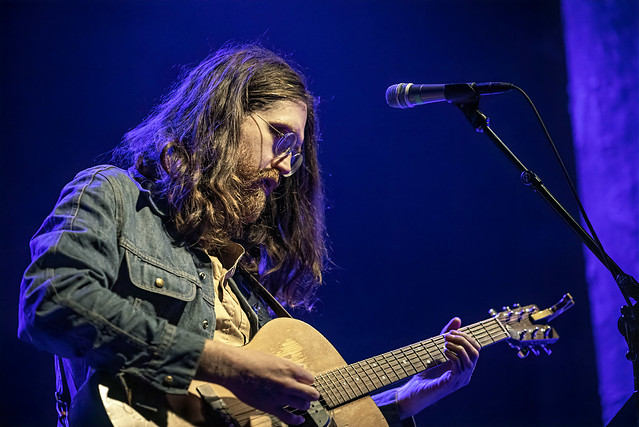 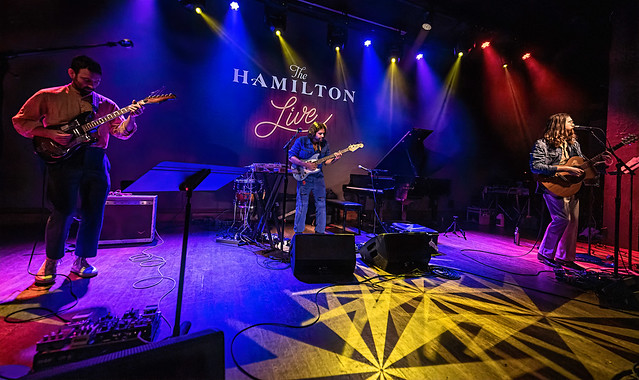 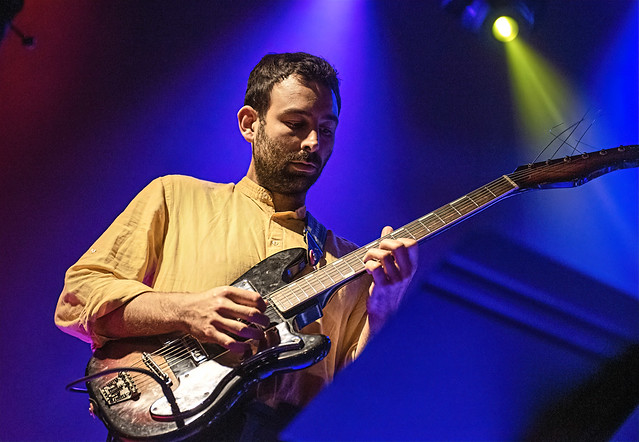 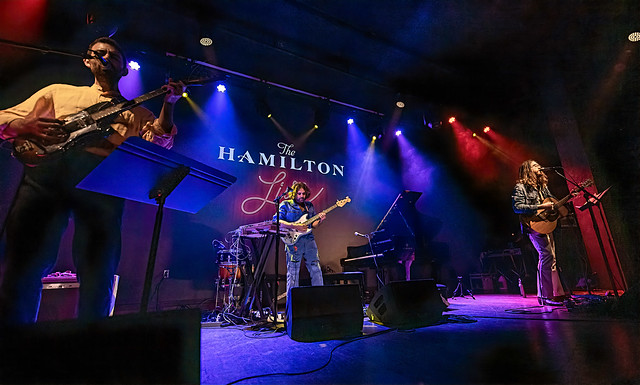 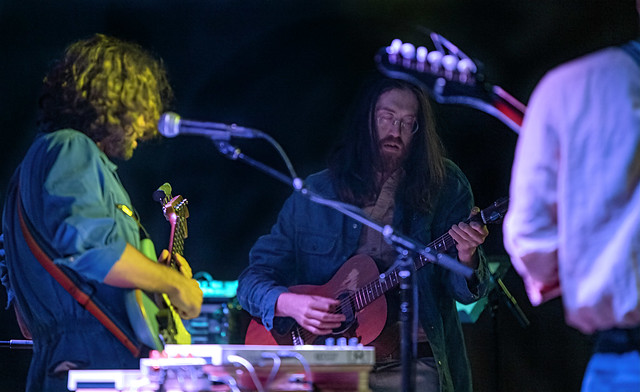 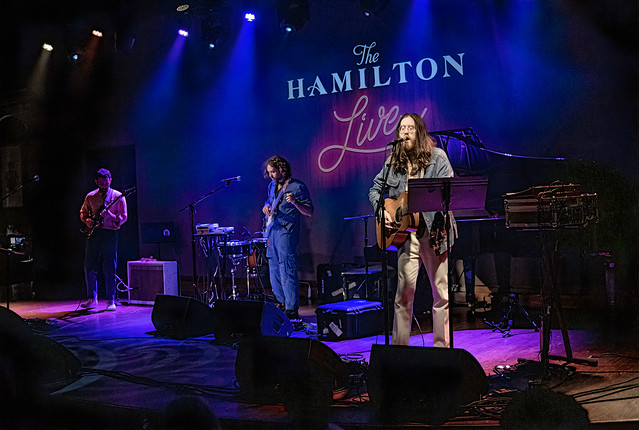 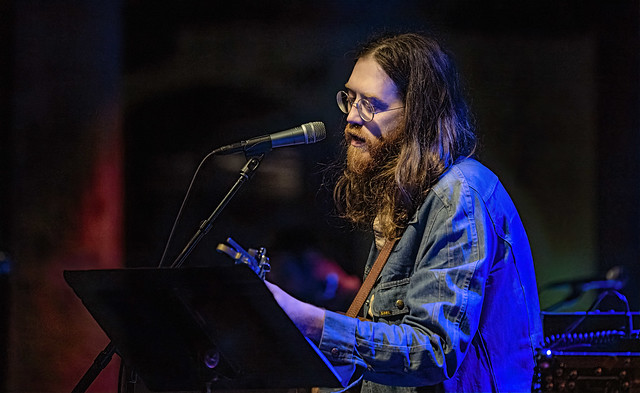 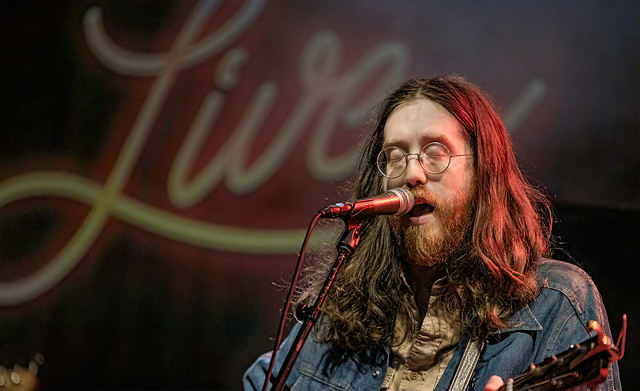 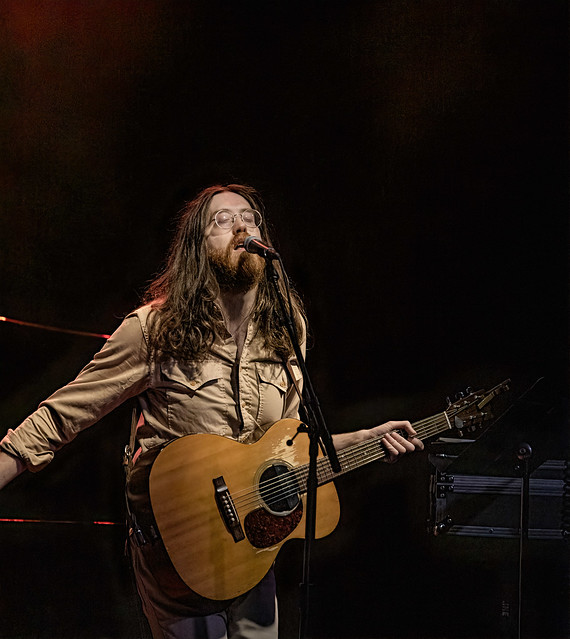 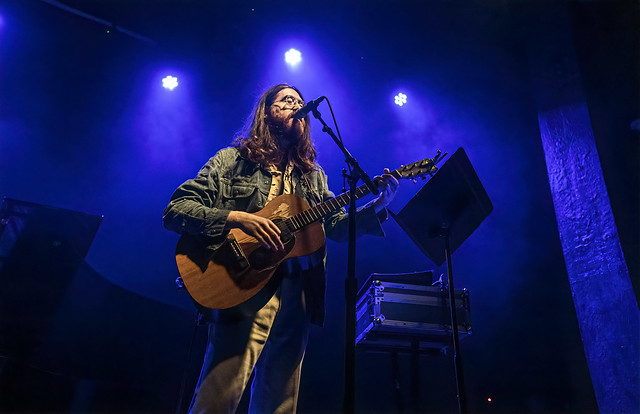 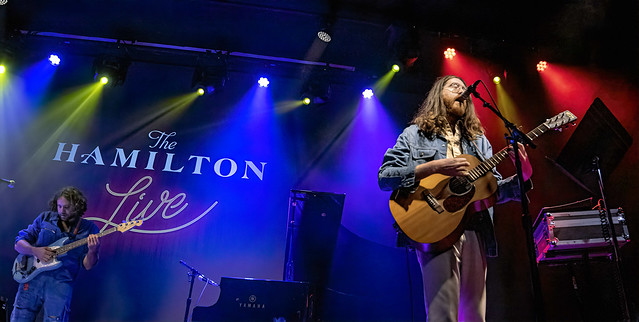 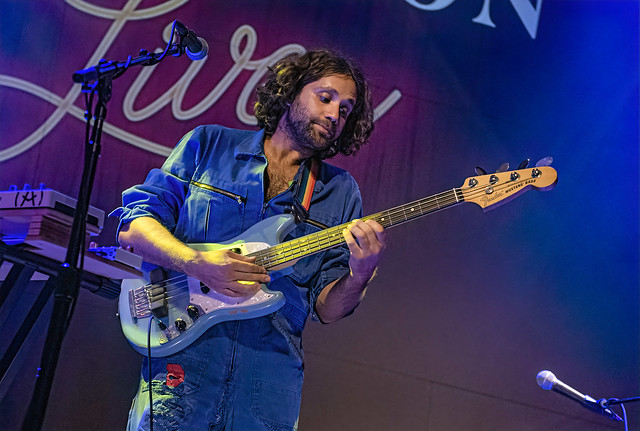 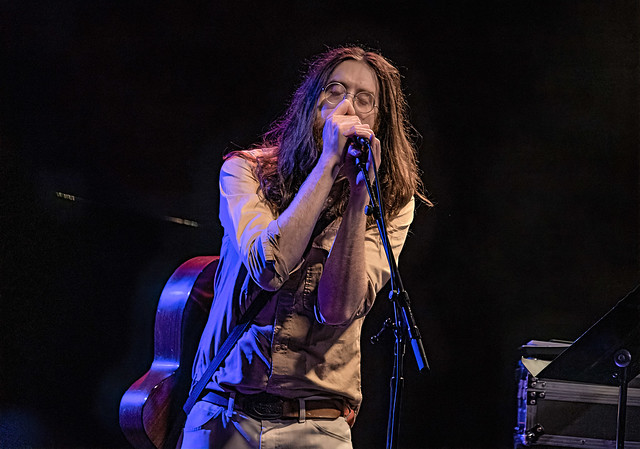 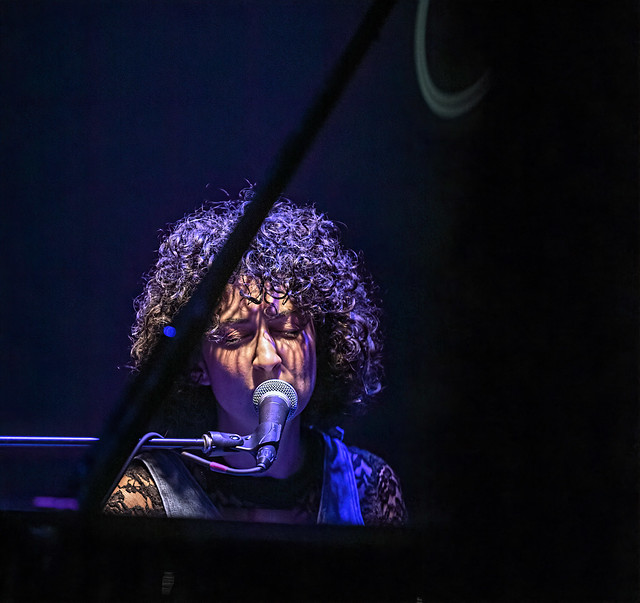