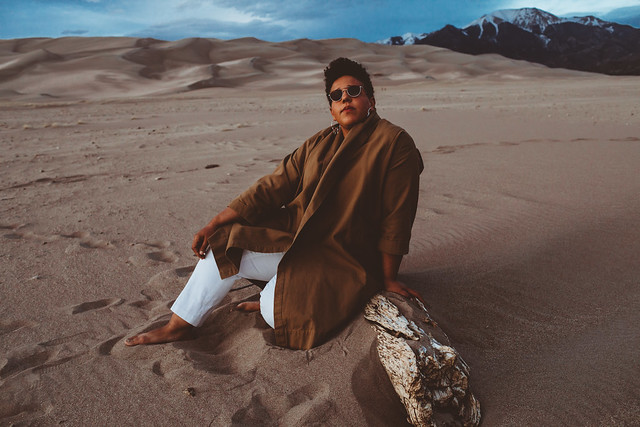 Brittany Howard, lead vocalist for the Alabama Shakes, soon will release her debut solo record, Jaime, via ATO Records. But about a month prior to that release, Brittany performs two shows at 9:30 Club on Friday, Aug. 23, and Saturday, Aug. 24!

On Aug. 17, Brittany begins her first-ever solo tour in Asheville, North Carolina, after releasing “History Repeats” and “Stay High” from the new record. In 2018, she put the Alabama Shakes on hold to write more personal songs for her solo debut.

“I wanted to do something on my own, just my music, that didn’t have to have a genre or stick to fans’ expectations,” Brittany said. “I knew I wanted to do a record, but I didn’t know where to begin. I was freaking out, I didn’t know what to sing or what it would sound like. I was writing every day, putting all this stress on myself, hoping something would happen.”

Watch the official music video for “Stay High” by Brittany Howard on YouTube:

Glide magazine observes that Brittany certainly could have taken less of a risk and repeated her well-received work with Alabama Shakes.

“As the frontwoman and guitarist for Alabama Shakes, Howard has become one of music’s most celebrated figures. The band has won four GRAMMY Awards and topped the Billboard 200 with the Gold-certified Sound & Color, the follow-up to its Platinum debut album, Boys & Girls. Howard has performed everywhere from the Obama White House to the main stage at Lollapalooza, where she sang with Paul McCartney at his invitation,” Glide said.