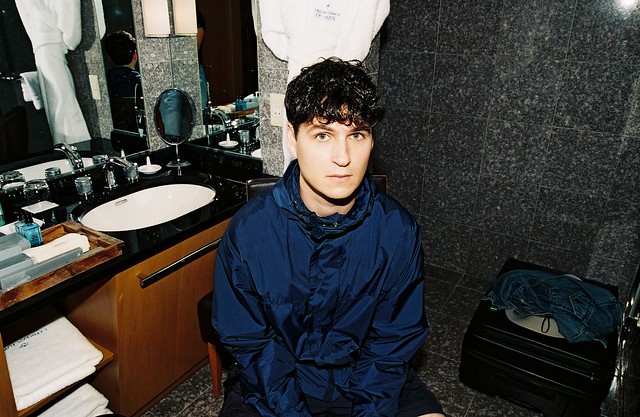 Vampire Weekend released Father of the Bride, the band’s fourth studio album, in May by Columbia Records, and it went straight to #1 on the Billboard 200. Frontman Ezra Koenig and his bandmates took to the road on The Father of the Bride Tour, and they appear at Merriweather Post Pavilion on Thursday, Aug. 29.

Vampire Weekend recently released the latest video for “This Life,” a single from Father of the Bride. The video, directed by Emmett Malloy, stars Kyle Field (of Little Wings) as “Wade” and features appearances by Danielle Haim, Ariel Rechtshaid, Jovan Hill, Simi & Haze, Mark Ronson, Sophie, Despot, and of course the members of Vampire Weekend.

Watch the official music video for “This Life” by Vampire Weekend on YouTube:

In a review for Pitchfork, Matthew Strauss hailed the new song as “a short story with a wry chorus that adds levity to an otherwise somber affair.”

‘This Life,’ as much as anything else in the Vampire Weekend catalog, is an uninhibited romp that revels in its own wit and spiritual uncertainty,” Matthew said.

And of course Vampire Weekend likely will play all of the hits from their previous three records, including “A-Punk,” “Giving Up the Gun,” “Oxford Comma,” “Diane Young,” and more.