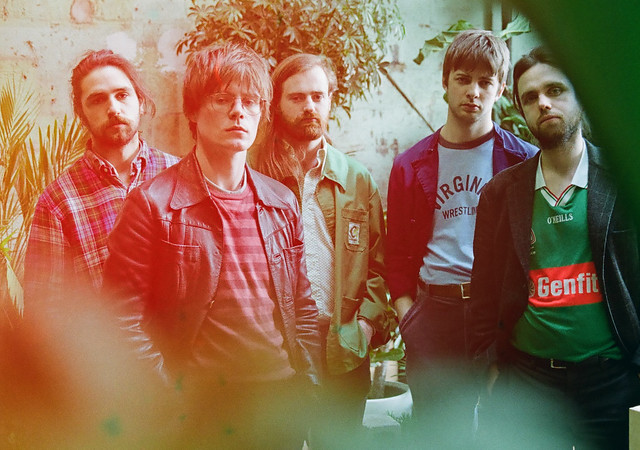 Fontaines D.C. is a band with a name that sounds like it could come from Washington, DC. Rather, these impressive post-punk lads hail from Dublin, Ireland, and they make a return appearance in DC on Wednesday, Sept. 11, at U Street Music Hall.

The five members of Fontaines D.C. met at music college in Dublin. Carlos O’Connell (guitar), Conor Curley (guitar), Conor Deegan III (bass), Grian Chatten (vocals), and Tom Coll (drummer) began releasing singles as Fontaines D.C. in 2017. The band took their name from a character in The Godfather called Johnny Fontane. They added the initials “D.C.” in response to a band in Los Angeles with the same name. The initials D.C. stand for “Dublin City” (and not “District of Columbia” 🙂 ).

Earlier this year, Fontaines D.C. released Dogrel, their debut studio album, via Partisan Records. They plan a second album for 2020.

Watch the official music video for “Big” by Fontaines D.C. on YouTube:

Fontaines D.C. performed at the Rock and Roll Hotel on May 11 in a show that sold out. U Street Music Hall will sell out as well!

“As the band held the steady rhythm, Grian paced like a big cat in a cage -– lurching forward at times to make sure we were on our toes — recalling bands like The Fall or Joy Division with that barely restrained manic intensity,” said Parklife’s David LaMason in describing the band’s mesmerizing live show at Rock and Roll Hotel.