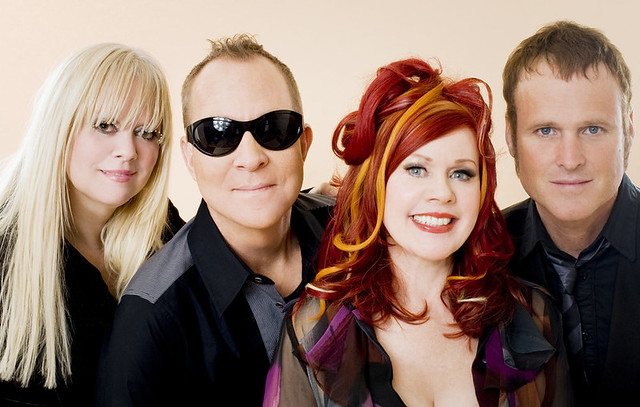 The B-52s are traveling on a 2019 world tour to celebrate the 40 years since their self-titled debut album, heading to The Anthem on Tuesday, Sept. 17 before wrapping up on Sept. 24 in New York.

Accompanying The B-52s are California new wavers Berlin, with all three classic members reunited, and English synthpoppers Orchestral Manoeuvres in the Dark. This is the show of the month if not the year!

The B-52’s also revealed plans to release their first-ever written authorized history, via Da Capo Press/Hachette Books, in 2020. Furthermore, they shared that a documentary is in the works, to be executive produced by Fred Armisen and directed by Craig Johnson.

“Who knew that when we played our first house dance party in Athens, Georgia in 1976 that we would be still be rocking the house in 2019!” vocalist Kate Pierson said in a press release.

“Woo-hoo! Europe and then all over North America! Dust off those go-go boots and shine your dancing shoes because the B-52s are coming!” frontman Fred Schneider added.

Watch the official music video for “Love Shack” by The B-52s on YouTube:

In June, The B-52s issued a remastered version of Cosmic Thing, perhaps their best-known album, including the hit singles “Love Shack” and “Roam.” The expanded edition features newly remastered sound, B-sides, remixes, and unreleased concert recordings from 1990’s Cosmic Tour. ” Funny, funky, happy and wild, the band’s seventh album sounds as if it ought to be blasted from a bright red convertible racing toward the beach, with a backseat full of hunks and beauties doing the shimmy,” said People magazine of Cosmic Thing in 1989.

Check out our recent Parklife DC concert review of Orchestral Manoeuvres in the Dark.

Read our interview with frontwoman Terri Nunn of Berlin.