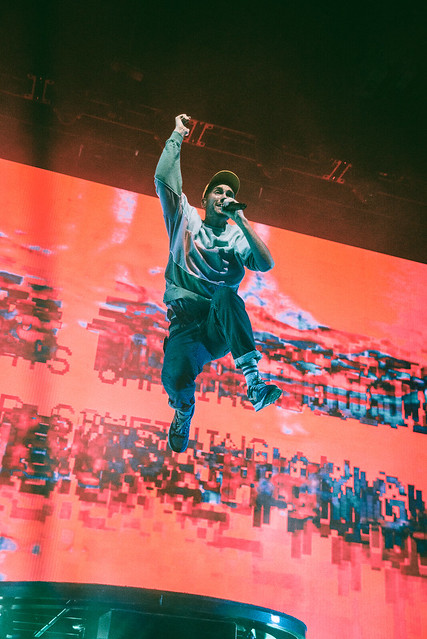 Dan Smith of BASTILLE performs at The Anthem on Sept. 21, 2019. (Photo by Brenda Reyes)

Bastille fans (or Stormers I should say) filled The Anthem recently, packing all three levels full of anticipation from what the band would do for the night during their sold-out stop in DC.

Starting off the night with “Quarter Past Midnight,” frontman Dan Smith came to entertain the crowd, moving one side of the stage to the other. At the beginning of the song, the stage background featured a time clock and blurred images, setting the mood.  Smith stood on a turntable platform, leaping into the air during the chorus for emphasis.

The song appears on Doom Days, the third studio album from Bastille, released this summer. Its concept is described to be a post-apocalyptic party with each song having a specific time and place of this said party. With events here in America and overseas in Great Britain, things don’t seem to be so great for people of both countries in the album’s view. So, the record serves as a way to run from reality and escape for a bit.

Dan said during the set, “When we started the album, it was sort of going to be this ’90s wave, completely escapist (theme), but then we felt that was not sustainable for us. This song, and sorry to keep on talking, but this song is the optimistic beginning of things before everything feels euphoric.” Bastille then played “The Waves.”

“Two Evils,” a moodier song, was performed against a blood orange moon background.  Later, the band played a collaboration song with Marshmellow, “Happier.” Dan went into the crowd during “Flaws,” and he interacted with Stormers in the middle of the floor, embracing every single second.

The next stop on their tour is tonight at Hulu Theater at Madison Square Garden, New York, NY. You can catch other dates on Bastille’s website.

Here are some photos of Bastille performing at The Anthem on Sept. 21, 2019. All photos copyright and courtesy of Brenda Reyes. 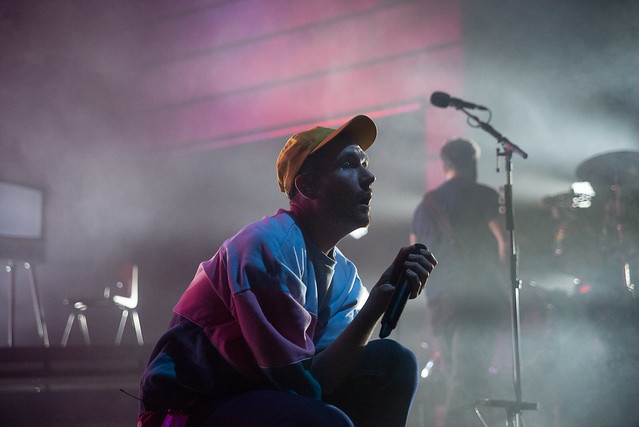 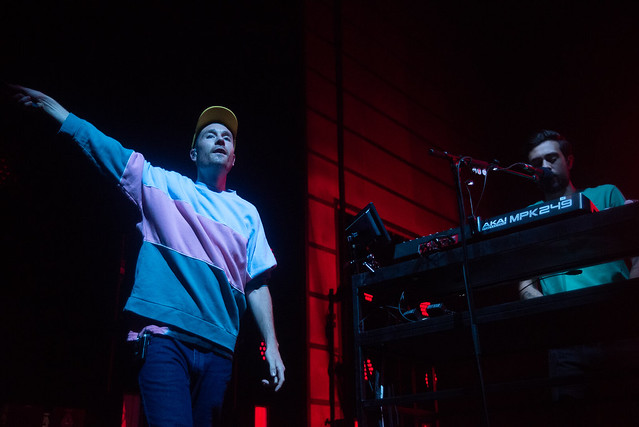 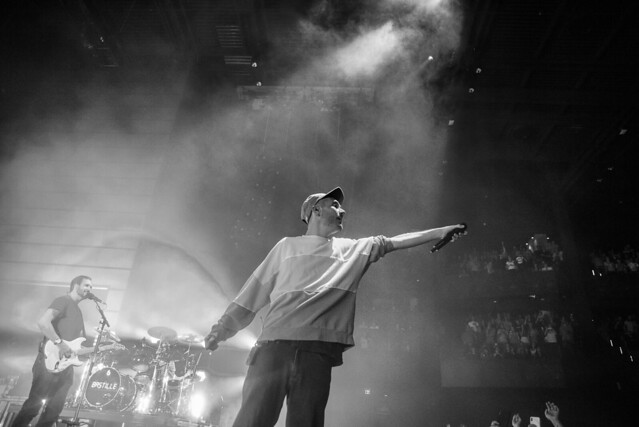 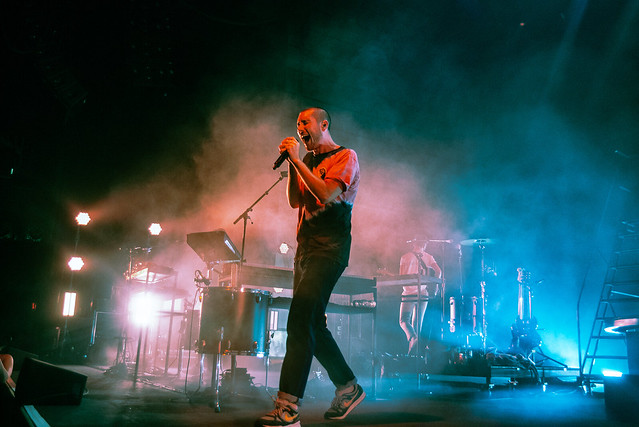 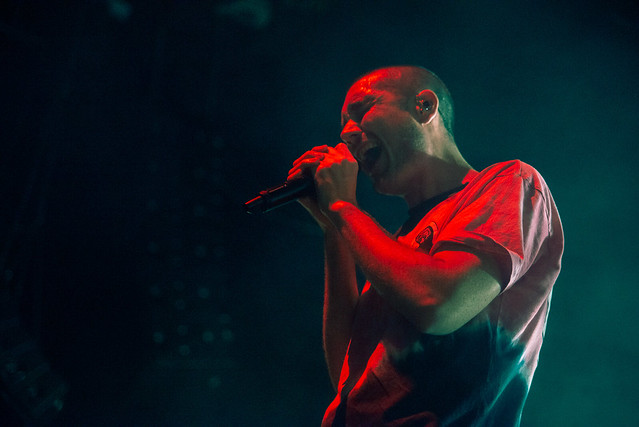 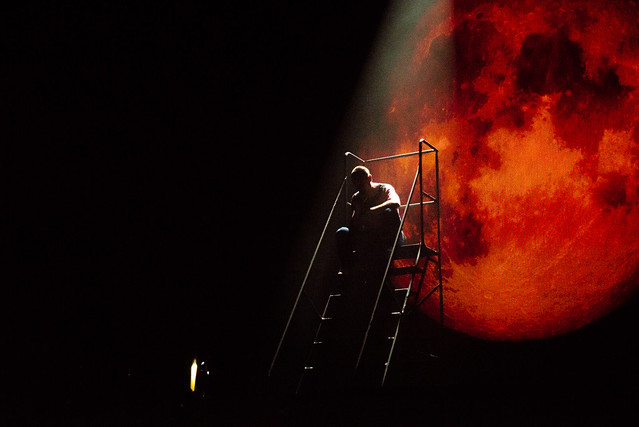 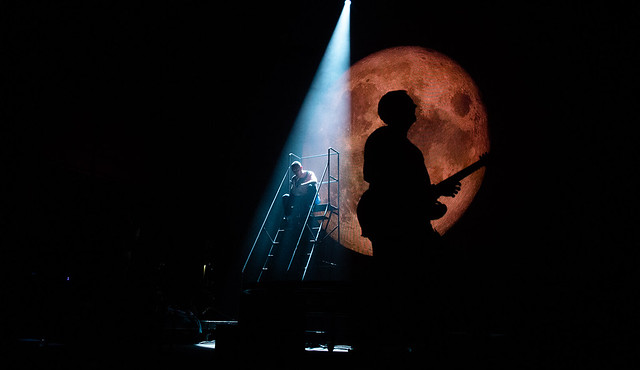 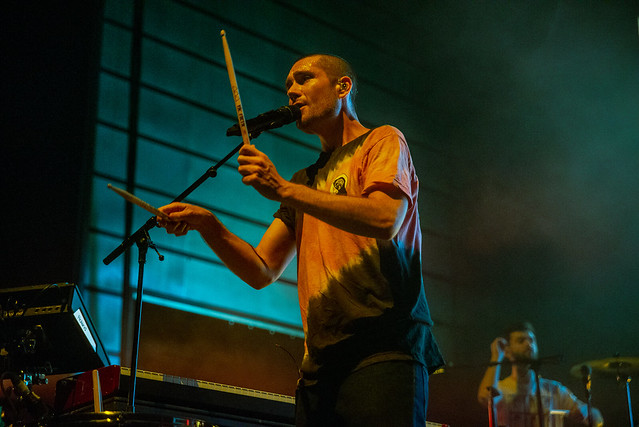 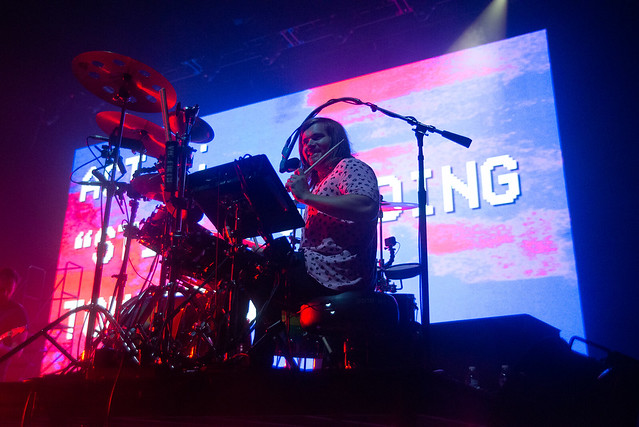 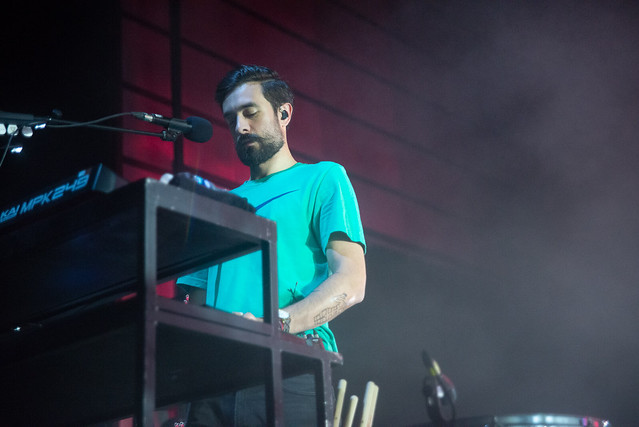 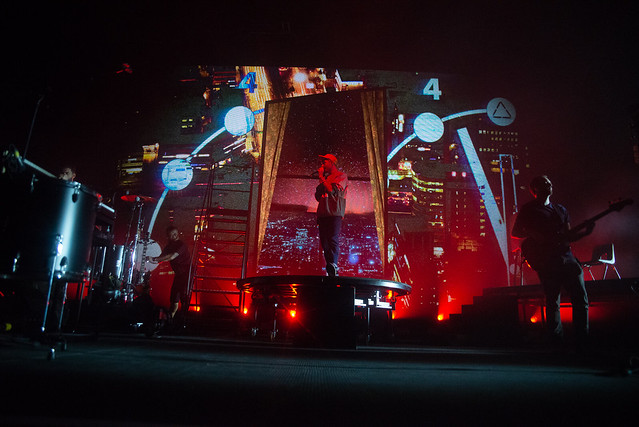 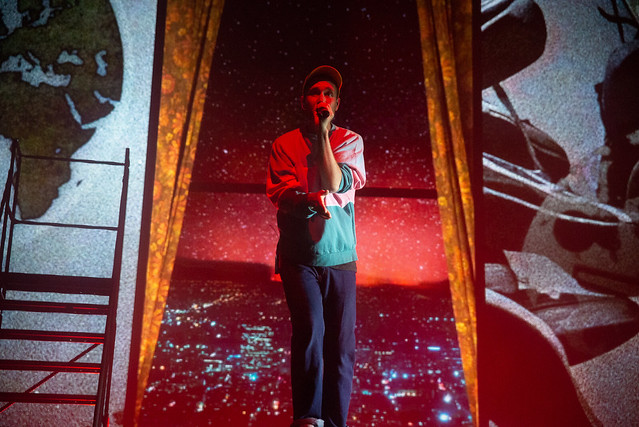 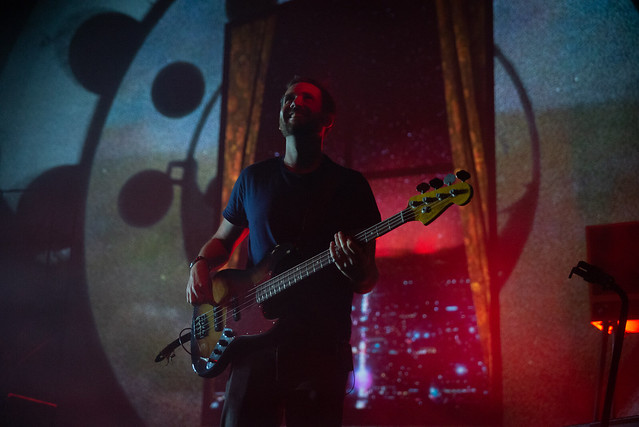 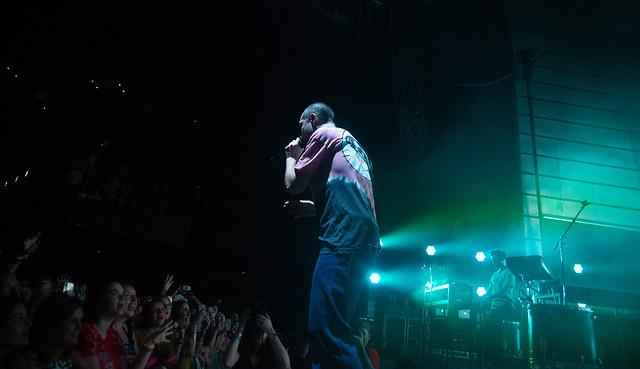 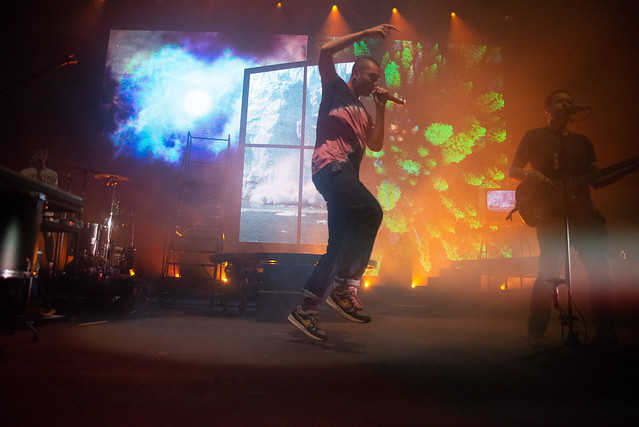 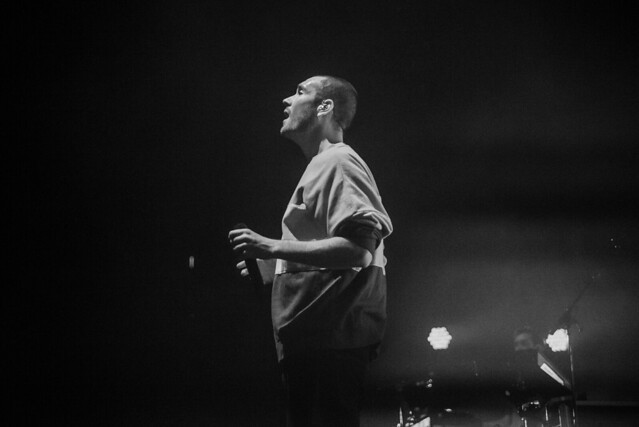