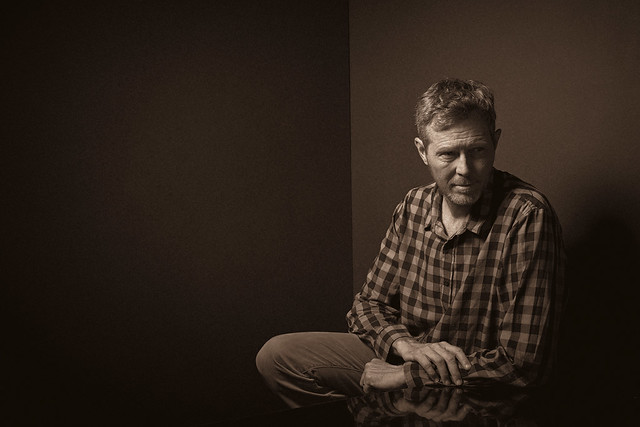 Bloodshot artist Robbie Fulks had a special treat for his audience at Jammin’ Java recently. With him on tour was the distinguished violinist/fiddler (they’re actually the same instrument!) and singer-songwriter Jenny Scheinman. The two have a working relationship that dates back to at least 2013, appearing on each other’s albums. Each individually talented, they gelled together perfectly for the best duo performance I’ve seen this year.

A Grammy nominee, Robbie displayed his skill and versatility as a songwriter in his show on Sept. 21. A master of humor influenced by Roger Miller, he sang “Memphis Never Falls from Style,” which includes the killer line, “Music is a drag if it’s too fucking white.” In the same song, he referenced Jerry Lawler, who, before he became involved with WWE, was a legendary figure in the regional Memphis wrestling promotion.

While many of Robbie’s songs display that humor, he showed just as much skill in writing — and in delivering — the completely sincere, heartfelt, and serious lyrics to the autobiographical “Needed.” In this heartrending ballad, Robbie sang about unexpected pregnancy and becoming a young father, dealing sensitively and honestly with the questions that young parents face about their future, and the possibility of terminating a pregnancy. Now a grandfather, Robbie ended the song addressing his grown son.

Robbie displayed his wide-ranging intellect as he discussed the songs he played. Introducing “Alabama at Night,” he talked about James Agee documenting poverty in the South. He placed “I Just Lived a Country Song” in the context of what he called a “whole genre” of country songs about past-their-prime musicians, like John Anderson’s “Catch a Falling Star.”

Chosen for the set (at least in part) for its connection to the locale, Robbie sang about another country singer in “Goodbye, Virginia.” This country singer wants to get out of town.

While Robbie’s songwriting stands out, he’s a sophisticated, innovative acoustic guitar player, too. He mentioned writing “I’ll Trade You Money for Wine” with idea of clawhammer guitar. Clawhammer is a method of banjo playing, and its application to the guitar is unusual.

When he was introducing “I’ll Trade You Money for Wine,” Robbie said that sometimes people get upset that the albums don’t sound like the live shows, or the other way around. “Just bring a fucking tape recorder!” he joked. Quick on his feet, he gestured to the lone child in the crowd, and said, “If you bring a kid to a folk show, he deserves to hear a little profanity.”

Robbie’s interaction with that young man displayed his ease and mastery as a performer. That kid was unlikely to know his songs, and he could easily have gotten quite bored at the show, as kids do. By engaging with him, by asking his age, asking him to rate the show, Robbie made that boy feel special and made sure he got something out of the performance.

Jenny’s work brought this show up to an even higher level. She drew applause for a solo on “Memphis Never Falls from Style,” plucking her fiddle with her fingers — something I don’t know that I’ve ever seen before. Jenny knocked one out of the park when she had the chance to sing one of her own compositions, the love song “Brother,” from her album Littlest Prisoner.

When Robbie got to some material he sells only at show, he expressed his view of music as participatory. By request, he played “She Took a Lot of Pills (And Died),” a song vaguely but not exactly about Marilyn Monroe, and he got the audience singing along on the refrain. As “Fare the Well, Carolina Gals” for their encore, Robbie and Jenny came off the stage, finishing the song as they made their way through the audience.

As the crew at Jammin’ Java cleared the venue, Robbie and Jenny took their time to sign merchandise and talk with fans. They were warm and engaging, every bit as full of charm individually as they are in their stage personas.

This is a must-see show for any fan of Americana. Each fantastic individually, the chance to see Robbie Fulks and Jenny Scheinman together should not be passed up.