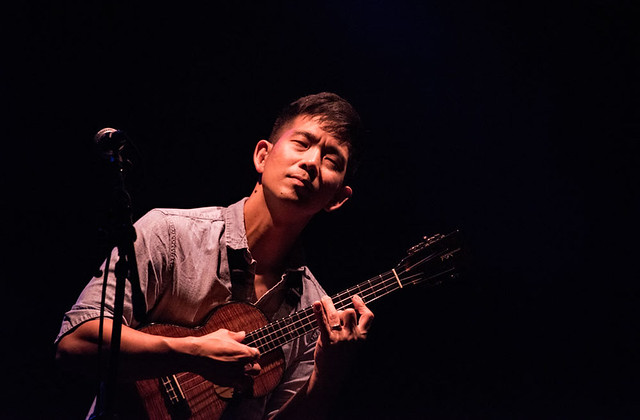 Jake Shimabukuro performs at The Birchmere on Sept. 18, 2019. (Photo by Mark Caicedo)

Yeah, the name is tough to pronounce, but Jake Shimabukuro’s talent is easy to see. The Hawaiian-born ukulele performer and composer brought his gift to The Birchmere recently in a show that featured both brilliance and a beloved, special guest.

One doesn’t normally think of the ukulele (pronounced, I learned, ookuhLEIlee) as an instrument that inspires passion, depth, subtlety, and power but, just as Bela Fleck has done with the banjo, Jake has imbued the 19th century Hawaiian musical instrument with an expansive and barrier-breaking sound.

On Sept. 18, the show started with Jake performing a few solo tunes. Dressed unassumingly in jeans, a light denim shirt, and sneakers, his appearance belied the stunning performance that could easily have taken place at the Kennedy Center for the Arts. Yeah, it was that good.

Throughout the night, his ukulele sounded at times like a Gibson Les Paul, all growly and aggressive, at other times furiously plucked like a mandolin, then strummed like a D-45 Martin acoustic, and back to the familiar tinkley child-like uke sounds. On his own composition, “Dragon,” Jake employed looping for percussive effect and string-tapping a la Eddie Van Halen.

For a good example of the many musical tones Jake can coax out of his instrument, listen to his perhaps most well-known performance; the cover of Harrison’s “While My Guitar Gently Weeps.” The performance was notable for, not just the impeccable playing, but also for the arrangement and drive as the song builds from the lonely, plaintive familiar melody line to a full on, rocking wall of sound that rivals anything Harrison or Clapton have done.

Watch Jake Shimabukuro perform “While My Guitar Gently Weeps” at a benefit concert for the Hawaii Performing Arts Festival:

A Jake Shimabukuro performance is a lesson in virtuosity apart from technical perfection. As I watched him play, many (woefully inadequate) adjectives came to mind — accomplished, excellent, amazing, etc. — but as I was researching Jake’s work for this review, one particular YouTube comment caught my attention. He imbues everything he plays with an uncanny dynamism — intensity rising and falling, strumming and plucking strings to achieve varying degrees of warmth and emotional color. In other words, playing fast and loud is not good enough-emotional connection, between player and her/his instrument and between player and listener is crucial; more so than merely technical brilliance.

Jake also displayed impeccable onstage instincts. Witty and engaging, Jake was generous sharing the spotlight with his onstage companions: Dave Preston (guitar) and Nolan Verner (bass) — and exchanging fist bumps with them after nearly every flawless performance. At the show’s midpoint each received song showcases allowing Dave and Nolan to shine on their own compositions.

Jake started playing ukulele as a child at four. Now 44, he’s had four decades to hone his craft, yet still seems like a kid onstage. He began as a YouTube breakout star with his “…Gently Weeps” cover but has followed that up with over two dozen recordings since 1999 and annual worldwide touring. This night ended with a sing-along of Queen’s “Bohemian Rhapsody” and may I just add that you haven’t lived until you’ve sung along to “Bohemian Rhapsody” and a guy playing it perfectly on ukulele.

Then, on the final encore, we got the night’s special surprise, singer-songwriter icon Jesse Colin Young appeared onstage to sing “Get Together.” By the closing notes, I’m sure everybody in the theatre resolved to carry out the sentiments of the song’s refrain, “C’mon people now, smile on your brother, everybody get together now, try to love one another right now.”

Jake announced a new recording to be released in February 2020. In the meantime, he’ll be on tour through November and then again next year. Check out dates, music, and video at his website.

Here are some pictures of Jake Shimabukuro performing at The Birchmere on Sept. 18, 2019. All photos copyright and courtesy of Mark Caicedo. 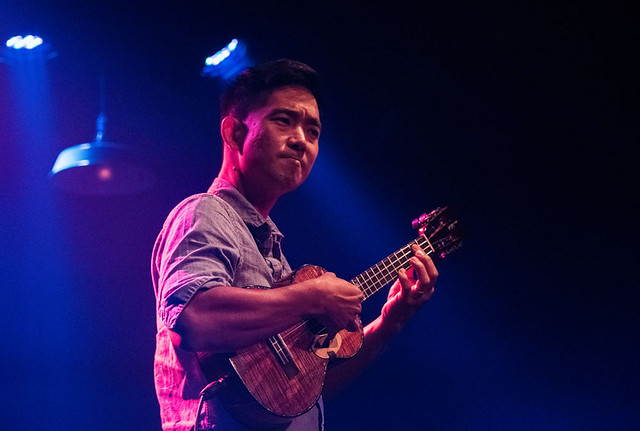 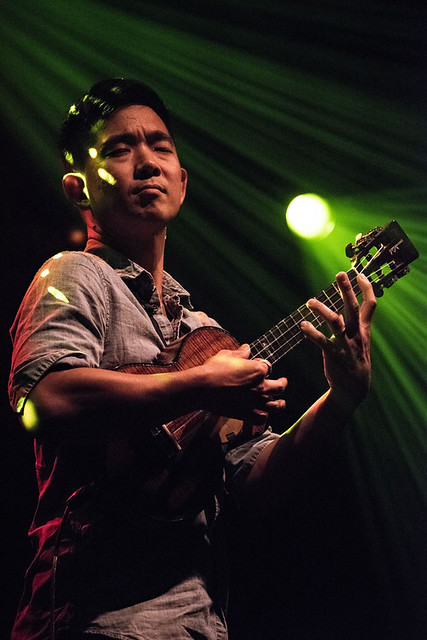 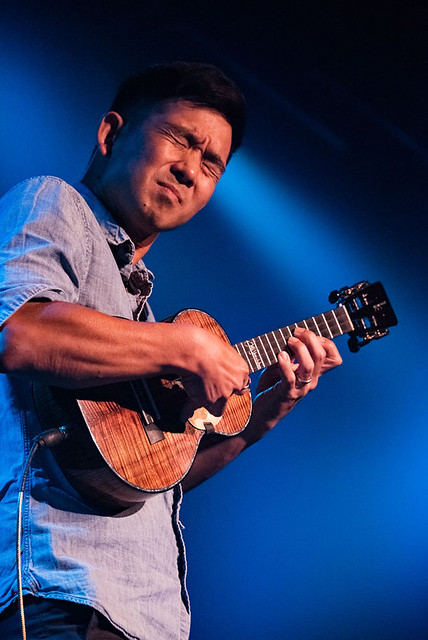 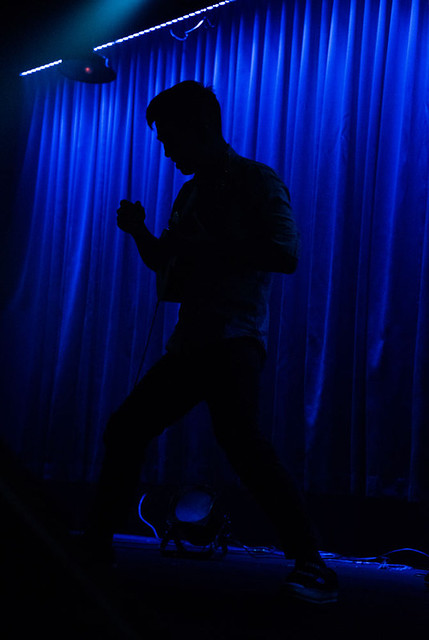 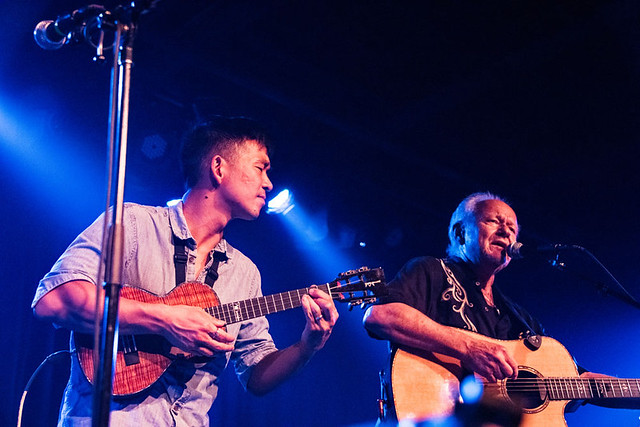 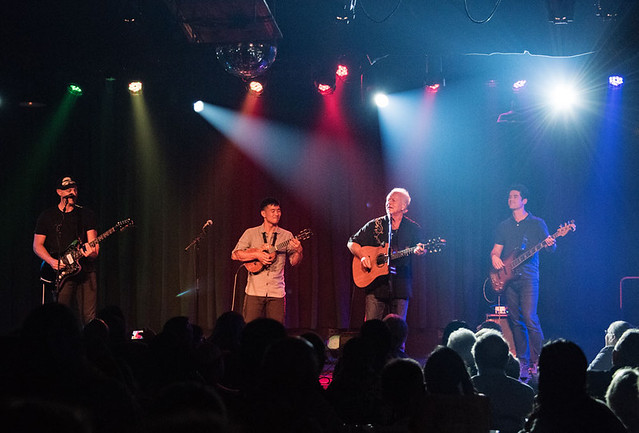 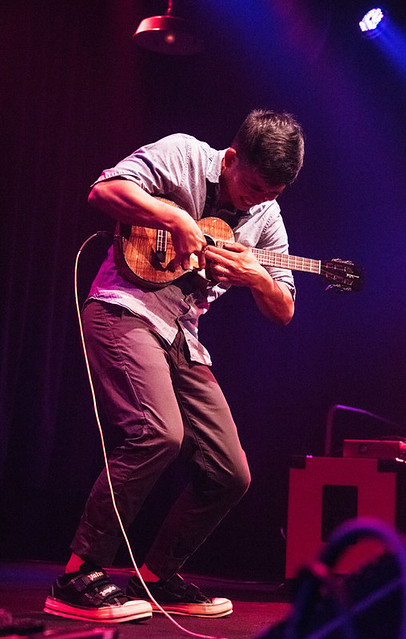 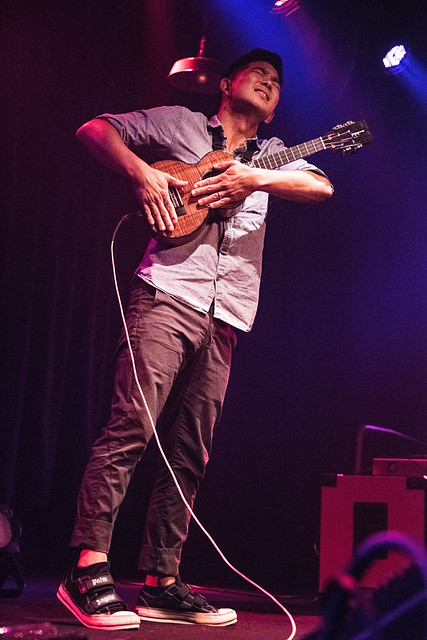 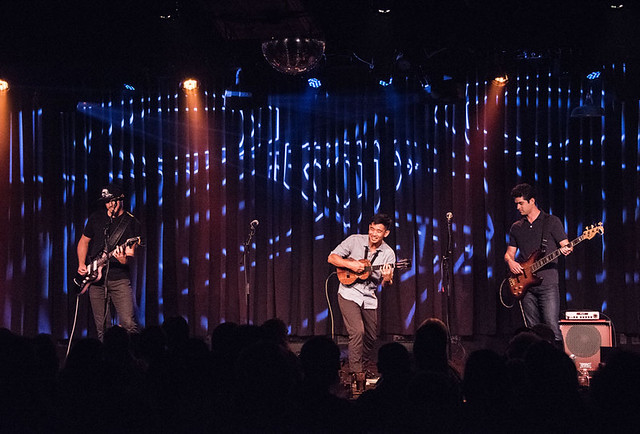 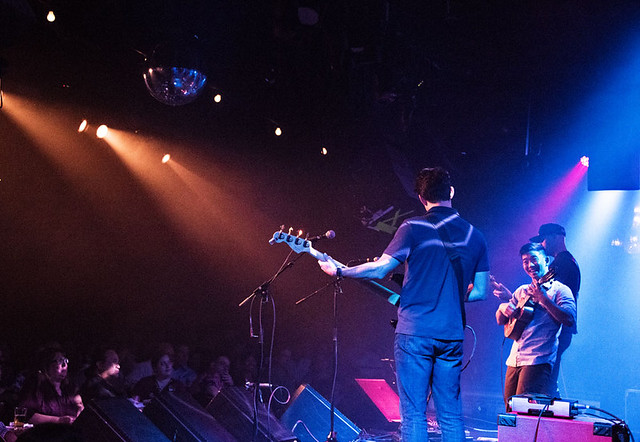 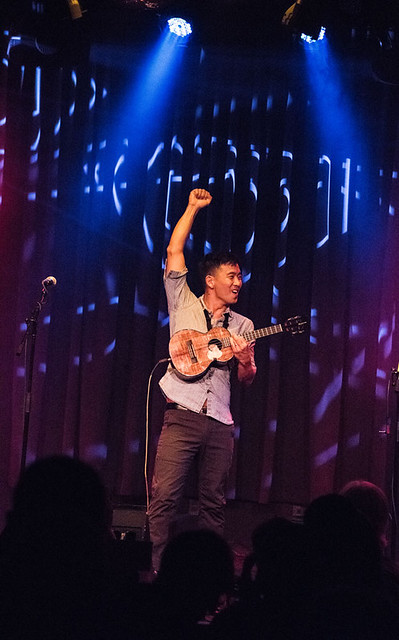 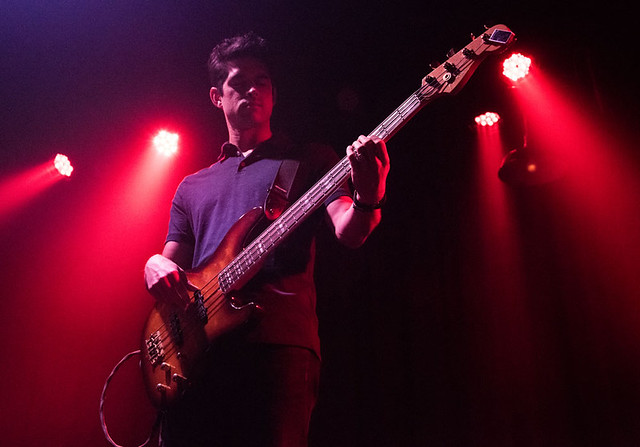 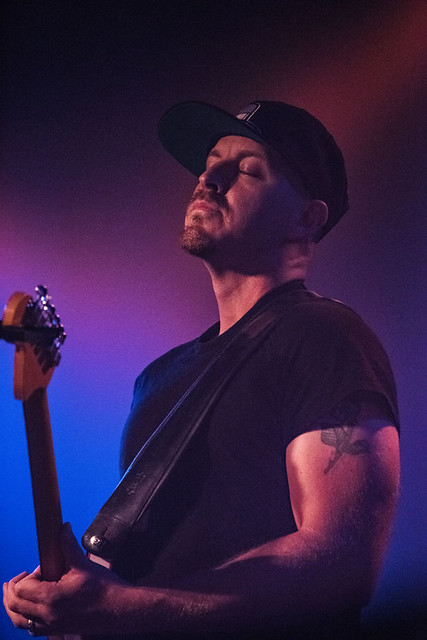 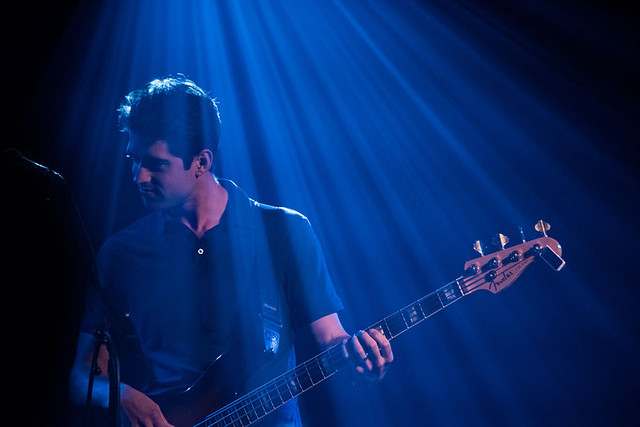 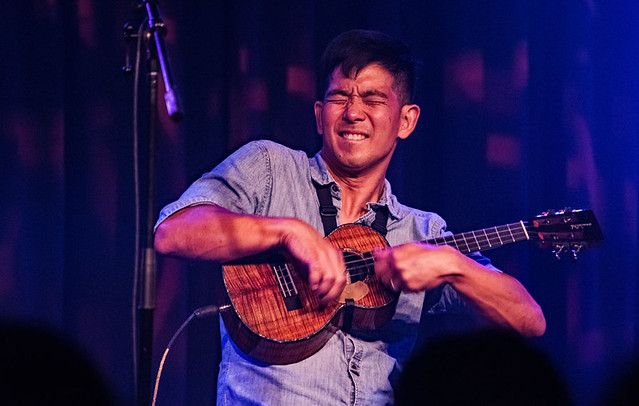 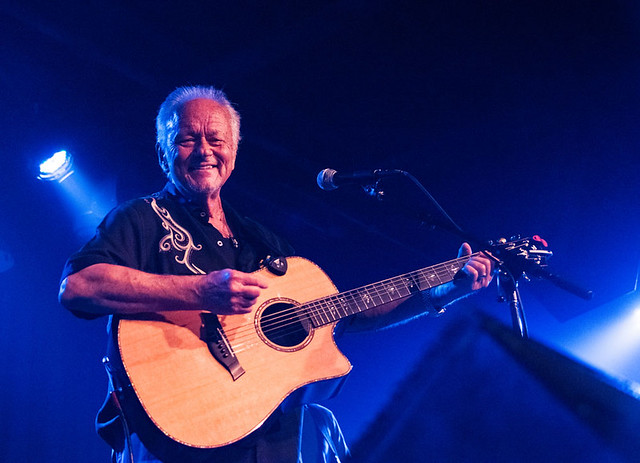