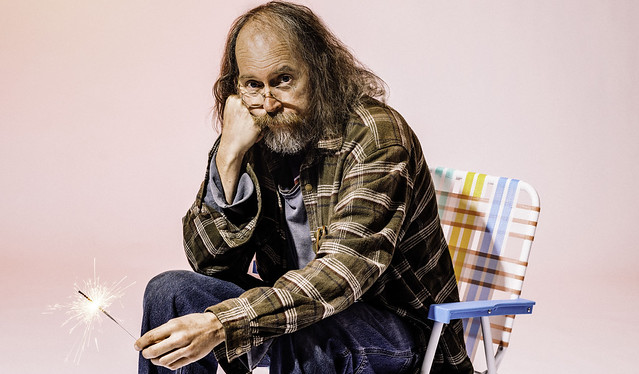 Singer-songwriter Charlie Parr released an eponymous new album, a collection of new songs and new studio versions of classics and audience favorites from throughout his career on Sept. 27 via Red House Records. He’s been touring his personal brand of folk blues, and he makes another stop at Black Cat on Wednesday, Oct. 9, to play his songs.

In 2018, Charlie underwent a self-assessment after suffering a skateboarding accident. With his shoulder busted, he wasn’t certain he could return to playing guitar — and Charlie is most definitely a guitar player.

“It’s the defining thing in my life,” Charlie said. “When you think about yourself, you think, ‘That’s what I am. I’m the guy that plays guitar.’ So what happens when that gets stripped out? If there’s any way you can keep doing it, you’re going to keep on.”

Exploring this sense of himself led Charlie to re-examine his catalog.

“Taking acoustic blues and folk to the darkest edges of town via driving arrangements which emphasize steam-driven tempos and a doom-slinging attitude over spit and polish studio shine, Parr nonetheless manages to sound both breathtakingly immediate and authentically antiquated at the same time,” said No Depression.