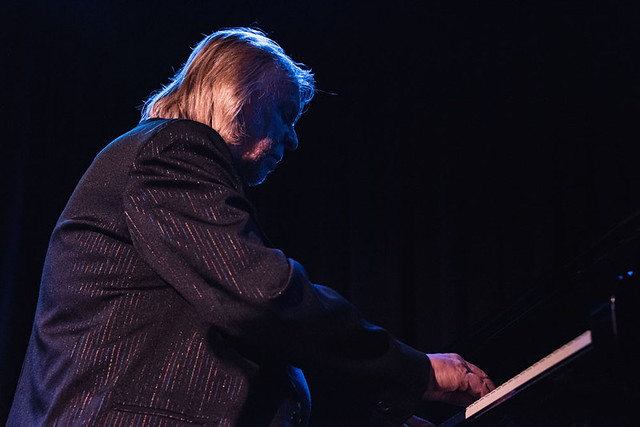 In a show billed as an evening of stories and music, Rick played a variety of covers and original pieces spanning his career. The stories, some of dubious origin, inevitability ended in punchlines that evoked as many hearty laughs as groans, and ranged from the poignant to the hilarious. As Rick said at the outset, all the stories had a semblance of truth and our job was to figure out the percentage that were true.

Without revealing any spoilers, one of the bawdier and apocryphal stories involved his 93-year-old grandad, a birthday stripper-gram, and supersex. The punchline, which we all should have seen coming, nonetheless elicited gales of laughter, followed by a secondary punchline. As they say in the comedy business, it’s all in the timing.

But we were there to hear the man play. Supporting the 2018 release of Piano Odyssey (Sony Classical), the night’s performance eschewed the voluminous keyboard stacks (synthesizer, mellotron, Moog, harpsichord) for which Rick Wakeman is famous for a simpler approach. As the soothing strains of Pachelbel’s Canon played over the PA, Rick strode onto the stage. Taking his seat at the lone grand piano, his familiar and effortless playing filled the room for the next two hours.

From one classic to another, Rick followed with The Beatles’ “Strawberry Fields Forever” segueing into “While My Guitar Gently Weeps.” Then showcasing his session work for Cat Stevens (now Yusuf Islam), Rick performed the gorgeous “Morning Has Broken,” infusing the religious hymn-turned-pop ditty with complex classical themes. Excerpts from his debut solo work, The Six Wives of Henry VIII (A&M Records) followed, showing off his virtuosity.

Then came the highlight of the evening for me: a story of honesty and heartbreak, and one that touched us all deeply. Rick spoke about his long, close friendship with David Bowie. “When David died, I was absolutely mortified. No other musician taught me so much about music.” Rick had met and subsequently recorded “Life on Mars” and “Space Oddity” with Bowie, a session that launched a lifelong musical and personal friendship for both. By the time Rick finished playing both pieces, I’d wager there wasn’t a dry eye in the house. 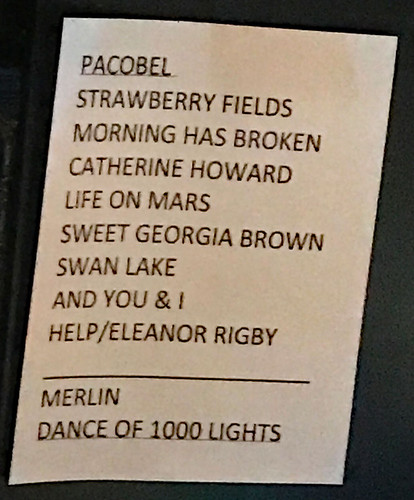 Rick’s love of ragtime was reflected in the raucous version (along with a story about his Dad) of “Sweet Georgia Brown.” The counterpoint with Tchaikovsky’s “Swan Lake,” which followed, was a nice bit of song pacing. His years with Yes were marked with two of that band’s most beloved songs — “And You And I” and “Wondrous Stories.” Completing the circle, Rick ended with unique takes on two more Beatles classics, “Help” and “Eleanor Rigby,” and two encores from his solo work to finish the evening.

The Grumpy Old Rock Star’s unmistakable style and technique were on display throughout the evening. Although I couldn’t see from where I sat, I knew from the fills, arpeggios, cascading single-note lines, and unexpected, flawless time changes that his hands flew over the keys. Even more astonishing, Rick played from memory, improvising on the fly but always somehow returning to the principle melody — and, of course, nary a sign of sheet music anywhere.

The Grumpy Old Rock Star continues through October. Find dates, music and more at Rick Wakeman’s website. Here are some pictures of Rick Wakeman performing at The Birchmere on Sept. 25, 2019. All photos copyright and courtesy of Mark Caicedo. 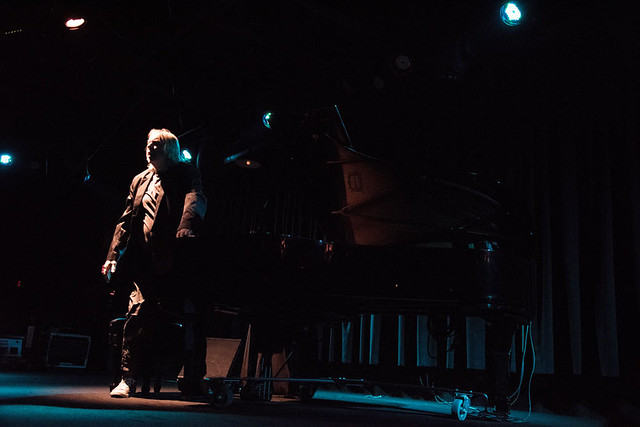 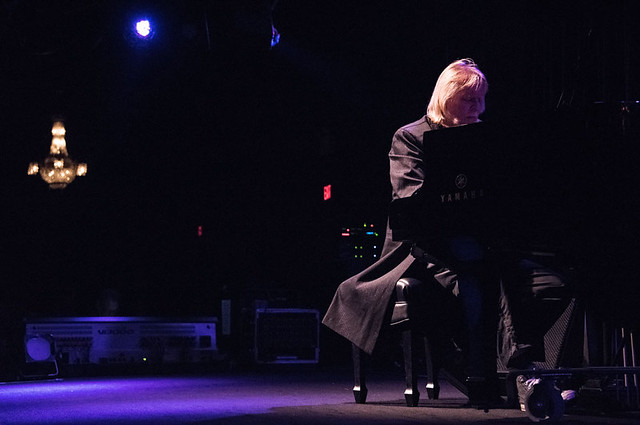 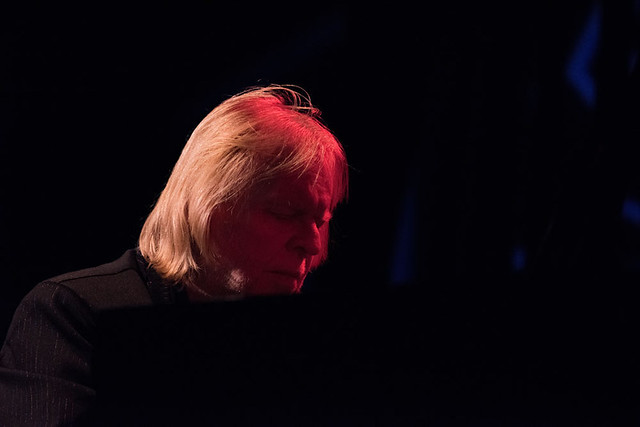 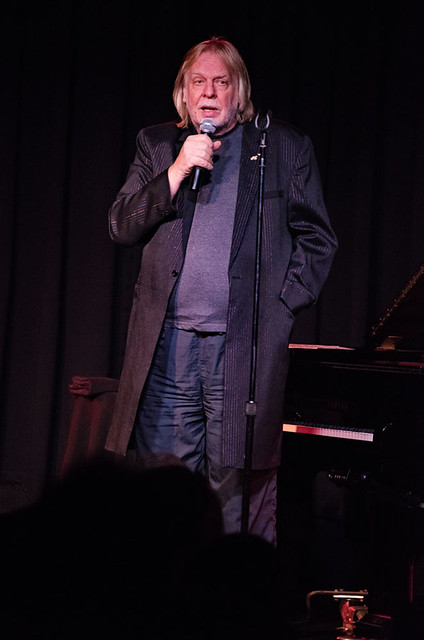 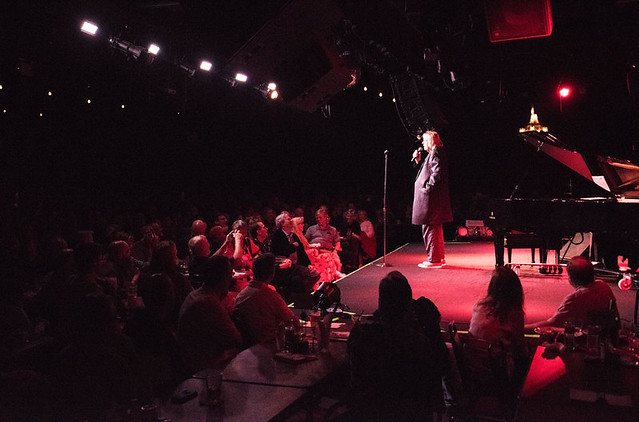 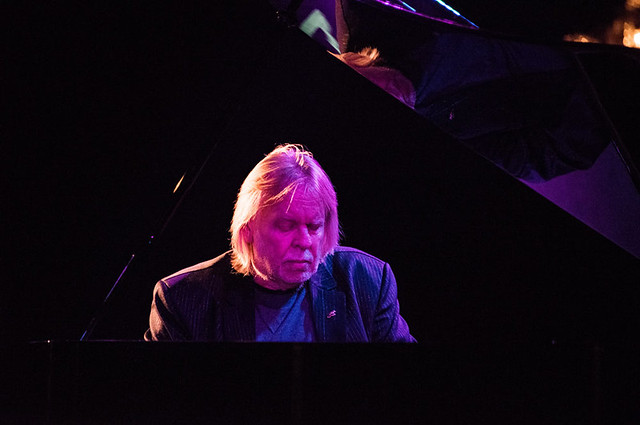 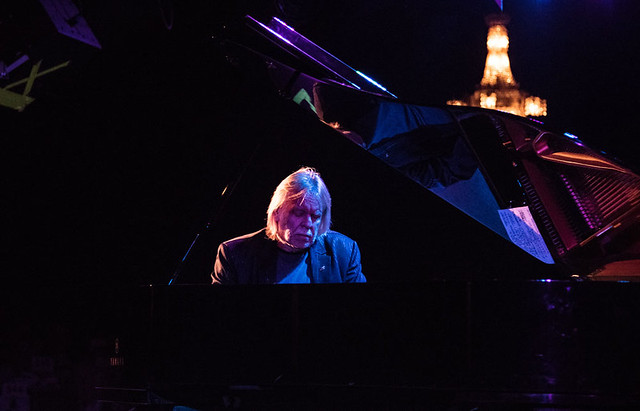 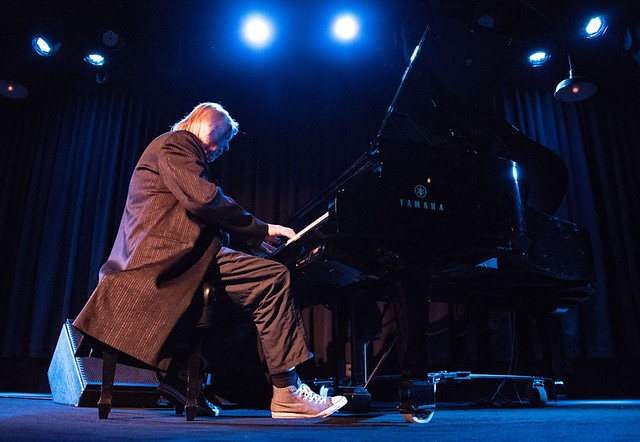 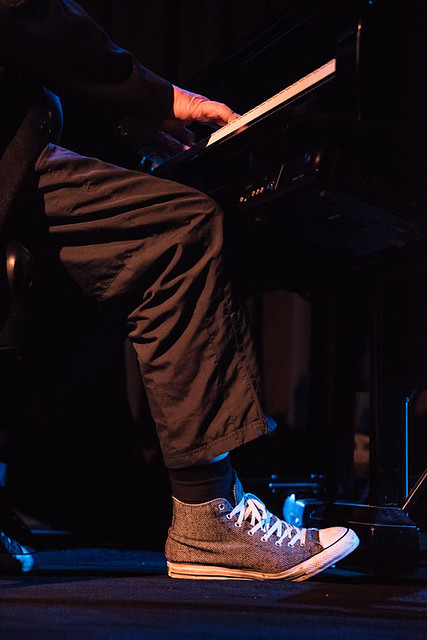 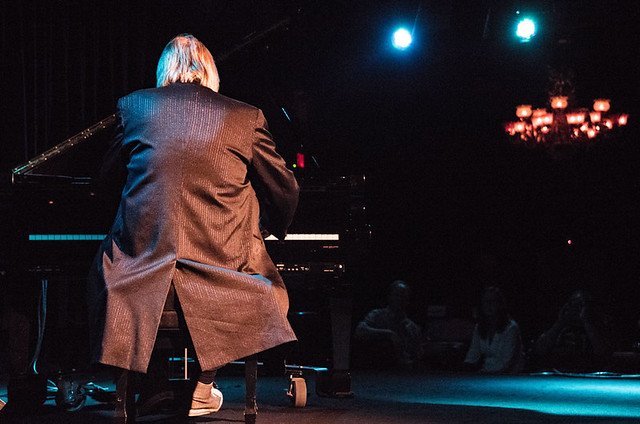 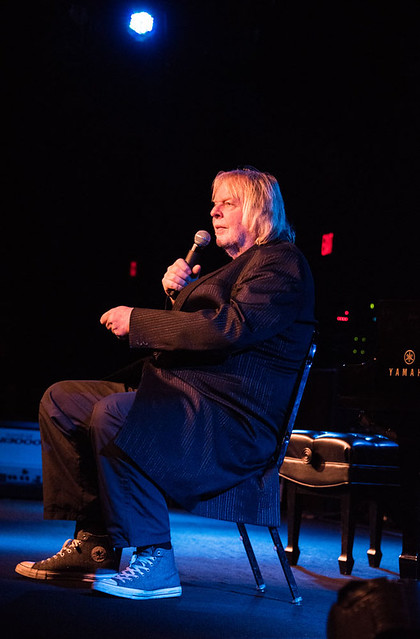 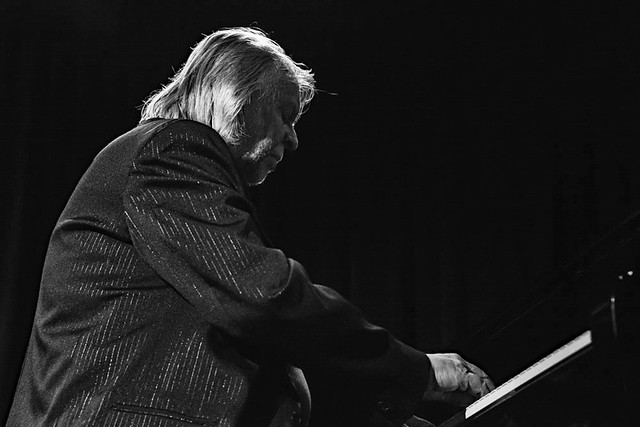