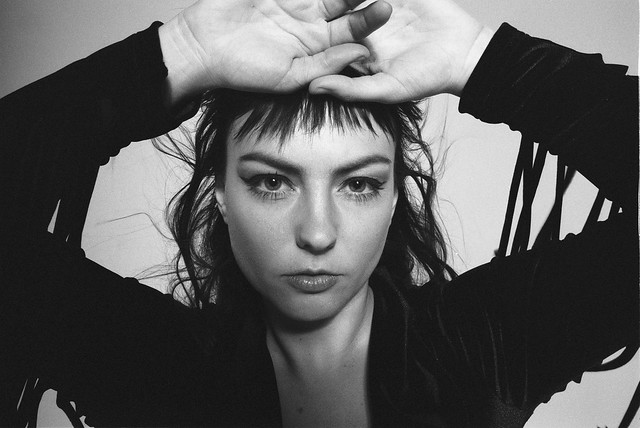 Angel Olsen released All Mirrors, her fourth studio album, via Jagjaguwar on Oct. 4. She’s performing at the Lincoln Theatre for two nights on Friday, Nov. 1, and Saturday, Nov. 2. The first night sold out fast, but tickets remain for Angel’s second show.

Prior to publishing the album, Angel released two singles, including “Lark.” On the song, Angel immediately shows her singular range as she sings, “Hiding out inside my head it’s me again it’s no surprise I’m on my own now // Every time I turn to you I see the past it’s all that lasts and all I know how,” backed by an 11-piece string section conducted by Jherek Bischoff, drums by Joshua Jaeger, and Ben Babbitt on guitar, bass and synth drones, which enthrall and swirl into an all-encompassing dark climax.

“‘Lark’ is a song that took many years to finish. The disjointed feelings and verses of this song began to make sense as a way for me to exercise a kind of journey through grieving, a kind of personal struggle,” Angel said. “The message of the song developed at first from an argument I once had with someone about trust and support. Later, I pulled from recurring themes in my life as a musician and as a human that dreams for a living. It’s easy to promise the world to those we love, but what about when our dreams change and values split?”

Watch the official music video for “Lark” by Angel Olsen on YouTube:

“[All Mirrors] is sonically inventive, fluid, and cinematic in scope, full of arresting moments that almost make you gasp. The synthesizers rumble and sizzle and add gristle to sweetly sung songs. The strings hold a mirror up to Olsen’s voice, wobbling with vibrato, sliding down into moody roils, climbing woozily up into the registers where her singing is something you feel in your chest,” said The New York Times Magazine in its review of the album.