As such, my Top 10 Concerts of the Year showcase work by some of the great folks on this blog other than myself — and those folks often invited me along to shows that I might not have guessed would make my list of Top 10 Concerts of 2019.

Make no mistake: I remain a Gen X guy who loves when his ’80s MTV heroes come to visit. And those concerts hit me hard this year. But there are a number of modern new wave, punk, and glam bands making amazing music today, and so they too rank highly on my list. 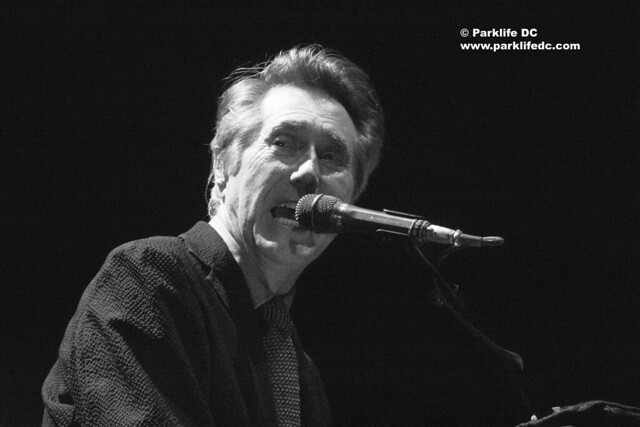 To understand my taste in music, you have to understand that a couple of guys named Steve Strange and Rusty Egan operated a club called the Blitz in London circa 1980 (Boy George was there, too). The club hung its hat on its founders’ love of David Bowie and Roxy Music, and as such Bryan Ferry went on to become a godfather to a wave of musicians calling themselves The New Romantics.

Bryan Ferry has been touring the United States solo in recent years, and he launched a 2019 tour after being inducted into the Rock and Roll Hall of Fame. His 2019 tour was an opportunity for Bryan to showcase Avalon — Roxy Music’s haunting final album in 1982. And showcase it Bryan and his band did — hitting nearly every song on the 10-track record in a show-stopping song or sample.

It was a fantastic evening of engrossing music by the Last of the Gentlemen Rockers, and it was divine. 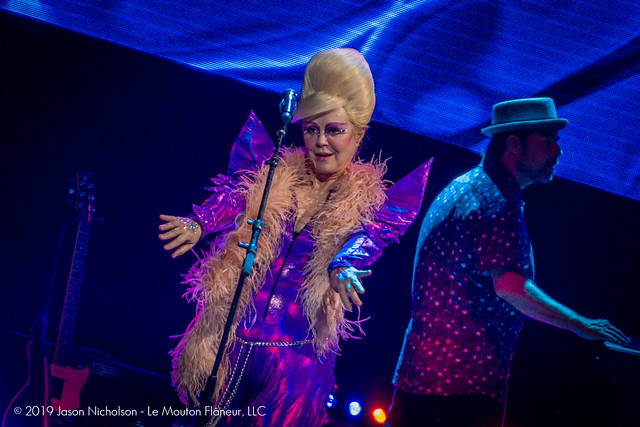 Cindy Wilson of The B-52s (Photo by Jason Nicholson)

The B-52s toured their 40th anniversary in a remarkable sweep of the country this year, and the Athens, Georgia, trio decided to make a big party of it. Already bursting themselves with swell songs, The B-52s invited Orchestral Manoeuvres in the Dark to open for them. Well, I am already *beyond* sold, but The B-52s also invited along Terri Nunn and Berlin, who recently reunited with classic lineup members John Crawford and David Diamond. Indeed, the ruggedly handsome Mr. Crawford founded the Berlin band — and this was the first time ever that I got to see him play live. The entire experience was thrilling to the bone, and the concert experience was easily the biggest party of 2019 and a night to remember.

Read our interview with Terri Nunn about the whole thing in advance of the show! 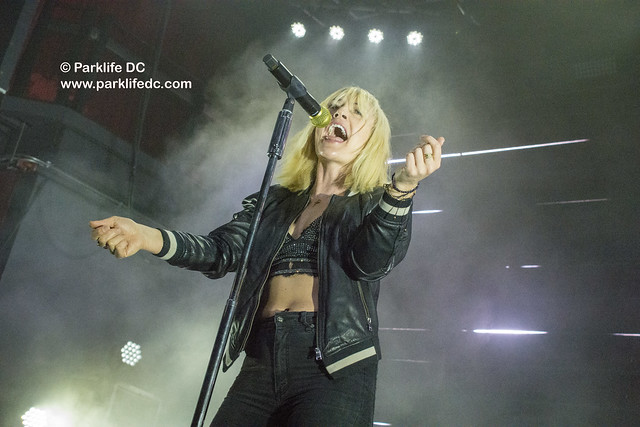 If like me, you yearn for the days when a band could combine electronic dance rhythms with rock guitar and create smart, compelling music, then you might find relief with Metric. Two stylish and smart musicians — Emily Haines and Jimmy Shaw — write songs then perform them with a savvy rhythm section — Joshua Winstead and Joules Scott-Key. The result is today’s most exciting new wave band, and they put on a thoughtful yet fun live show — not always an easy balance to achieve. But achieve it Metric do, and they are very much at the top of their game. 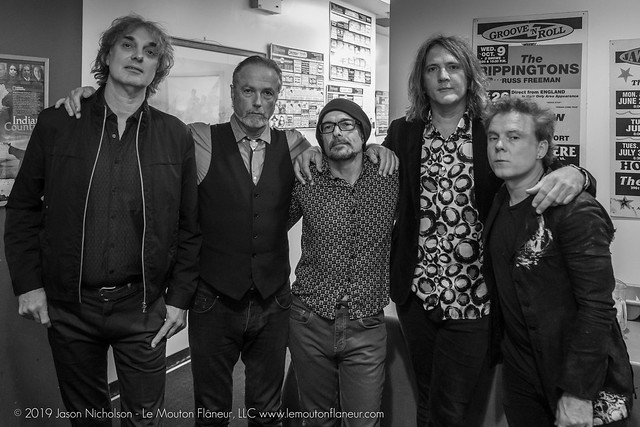 The Church (Photo by Jason Nicholson)

Starfish yielded two of the most recognizable and enduring songs by The Church — “Under the Milky Way” and “Reptile.” The Church celebrated that album in a terrific show at The Birchmere. The magnetic Steve Kilbey sang while band co-founder Peter Koppes delivered the song’s instantly recognizable psychedelic riffs on a pulsating guitar. Together, The Church is one of the most compelling and absorbing bands you could ever ask to see, they remain as compelling as ever more than 30 years after the release of Starfish. 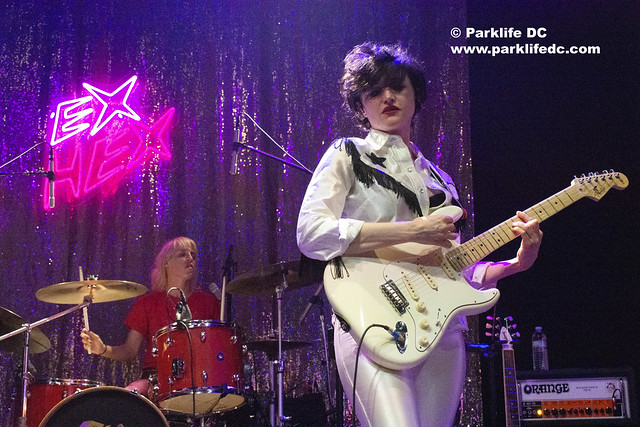 Touring their second album, Ex Hex blasted into 9:30 Club for a memorable concert. The Mary Timony-fronted band injected even more swagger into an already boisterous body of work with sizzling new songs in a fiery, powerful performance in a hometown show. 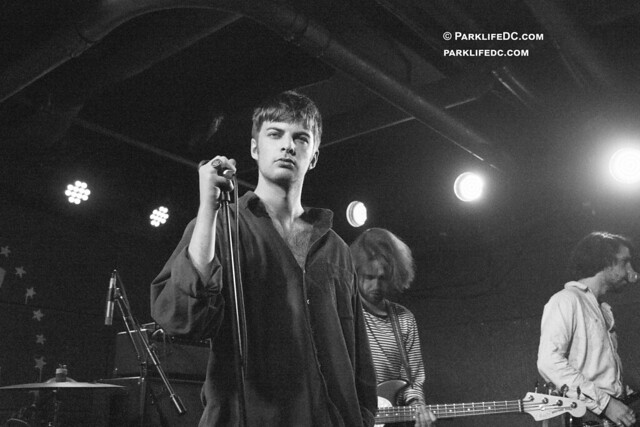 Every once in a while, you see a show that surprises you to the core. In the case of young Irish band Fontaines D.C., the band surprised frequently with powerful performances and hypnotic songs at U Street Music Hall, where the band dominated with pacing, presence, and something to say (which is best heard live). 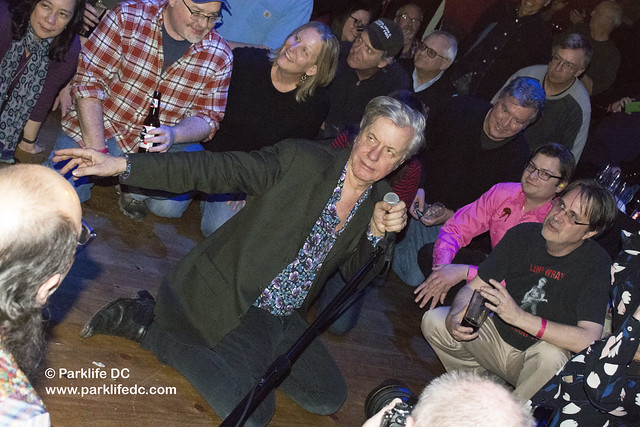 Peter Zaremba of The Fleshtones gets down with the crowd. (Photo by Mickey McCarter)

I very nearly thought I saw the best show of the year when the year had barely started! With talent and tricks aplenty, Keith Streng and Ken Fox were a force majeur, doubling down at the edge of the stage together or holding one another’s fretboards while riffing like some remarkably cool twin-torso’ed guitar god.

The Fleshtones hit the stage hard at City Winery, and for men in their ’60s, they show no sign of slowing down. Once the show was underway, Peter Zaremba took lead vocals on occasion, adding style and flair to a hard-rockin’ combo. This show blew your mind. 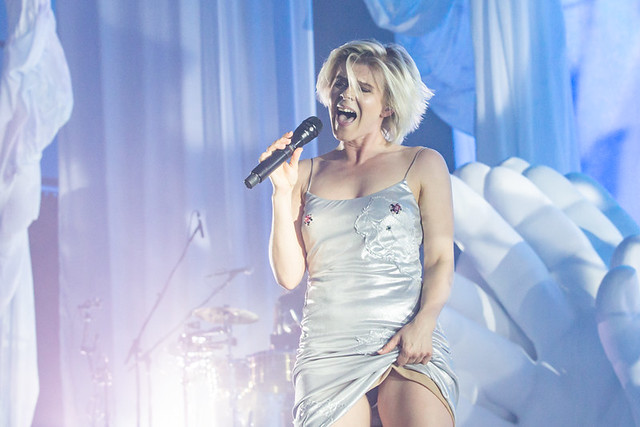 Robyn took her time to get as big as she is. But now that she’s there, she’s making the most of it. At The Anthem, the sold-out crowd met their hero and collectively hugged her in the very best way. Robyn was visibly moved — and for one evening, musician and fans were very happy people indeed. 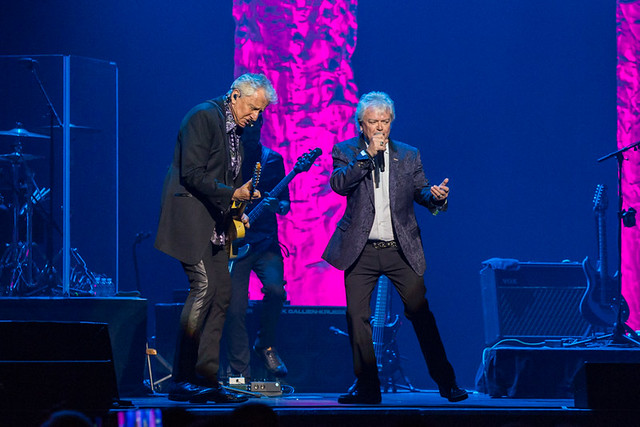 It’s a tried-and-true formula: One man writes the songs, and one man sings them. But when those two men are Air Supply, the rock duo who took the global charts by storm in the early 1980s, the individual strengths become a powerful whole. Full of grace and gratitude, Air Supply played some of those hits at the Theater at MGM National Harbor.

People were so excited about this show that not only was the entire room singing along to the best-known songs, but fans were openly weeping over how happy they were to be there. 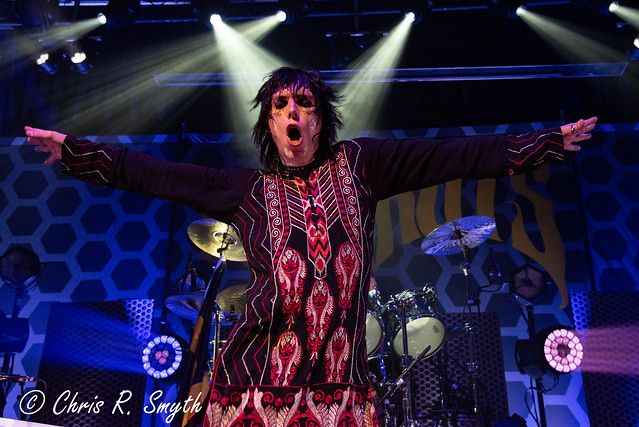 Luke Spiller of The Struts (Photo by Chris Smyth)

Humble or no, The Struts are a great band indeed.