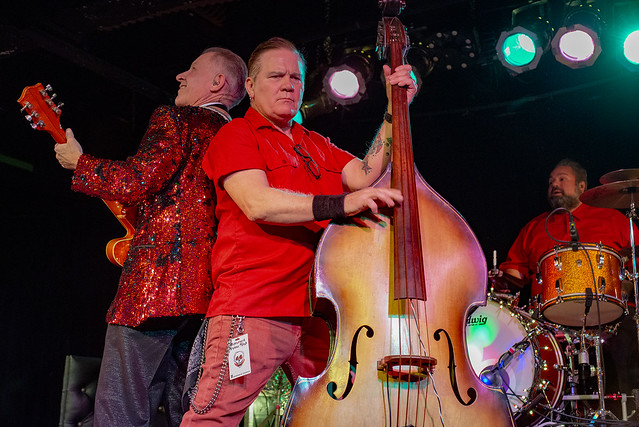 As the year winds down, we enter a period of mandatory social gatherings. There’s the ugly sweater parties, the holiday party at the office, Chanukah with the in-laws, Christmas dinner at a tableful of third and fourth cousins… but the one holiday event that should truly be mandatory went down recently at the Black Cat. The Reverend Horton Heat came through town for the 2019 edition of Horton’s Holiday Hayride. 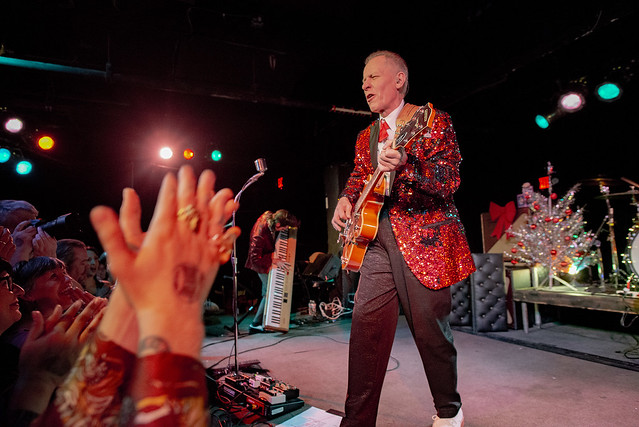 Since 2017, the psychobilly group has been putting together a festive tour featuring onstage Christmas trees, bows, and a setlist peppered with Christmas carols — all with a rock and roll spin. In the latest edition on Dec. 15, The Good Reverend Horton Heat, otherwise known as Jim Heath, proved to be equal parts singer, guitarist, frontman, and to a lesser degree — bassist.

For the Chuck Berry cover of “Run Rudolph Run,” The Reverend swapped instruments with upright bassist Jimbo Wallace. The swap seemed impressive considering that Heath is used to singing while playing his signature orange Gretsch, but after the song went off without a hitch, he made sure to let everyone know that playing bass is “easy.” 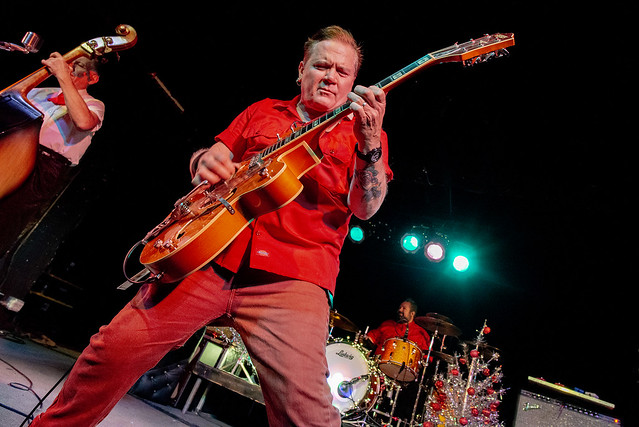 Switching from lead guitar to bass maybe have been an easy task, but playing lead guitar while standing on a bass is apparently still up for debate. 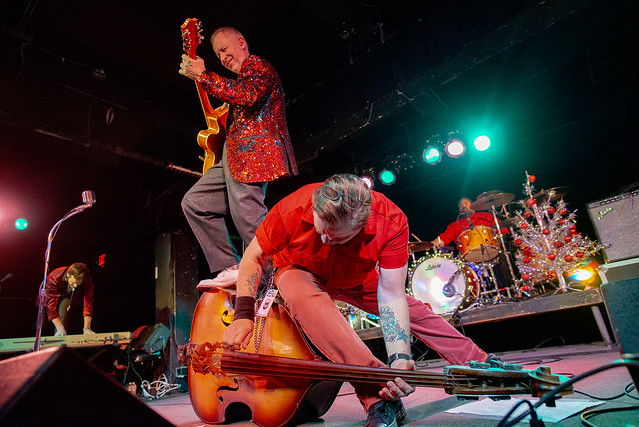 Not to be outdone by the onstage shenanigans of Heath and Wallace, pianist Lance Lipinsky sang lead on “Move Move Move” with an extended piano solo that included some behind the back playing. 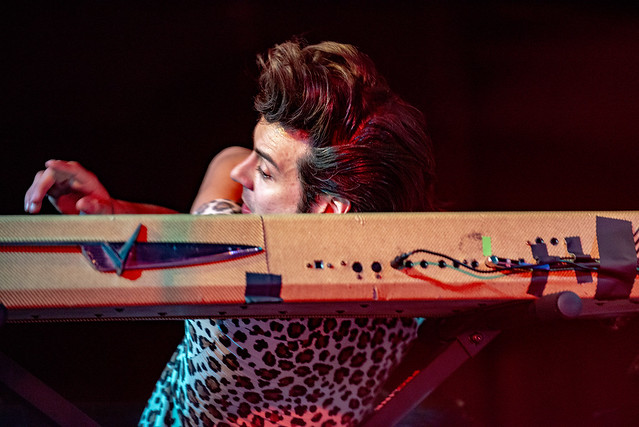 After performing the soon-to-be Christmas standard “Manopause Is Coming to Town,” Reverend Horton Heat brought singer/songwriter/guitarist Dave Alvin onstage to play for a good chunk of the set. The new lineup played through a couple of Dave Alvin original songs and covered a few songs from Dave’s band The Blasters. 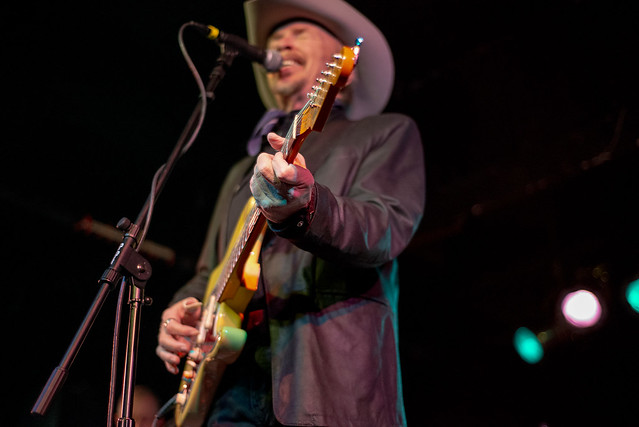 The band closed out their set by inviting the horn section from opening band The Voodoo Glow Skulls back onstage to assist with “Let Me Teach You How to Eat” before finishing up with “Galaxy 500.” Just when the night seemed over, drummer RJ Contreras kicked off an impressive drum solo, encouraging the rest of the band to return for an encore consisting of Elvis Presley’s “Viva Las Vegas” and an upbeat version of “Santa Claus Is Coming to Town” — which may or may not have been inspired by “Manopause Is Coming to Town.” 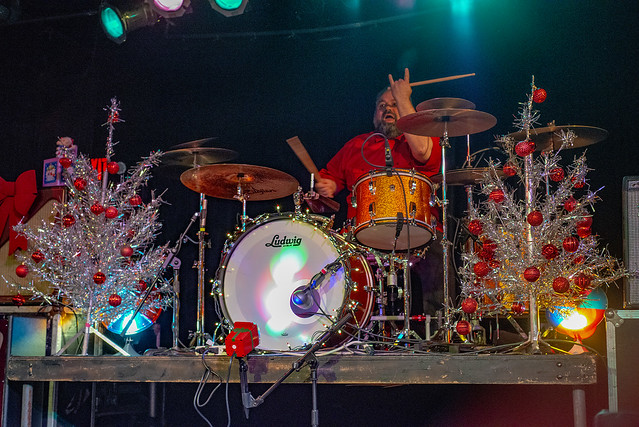 Check out a few more photos of the amazing Reverend Horton Heat performing at the Black Cat on Dec. 15, 2019. All photos copyright and courtesy of Rashad Polk. 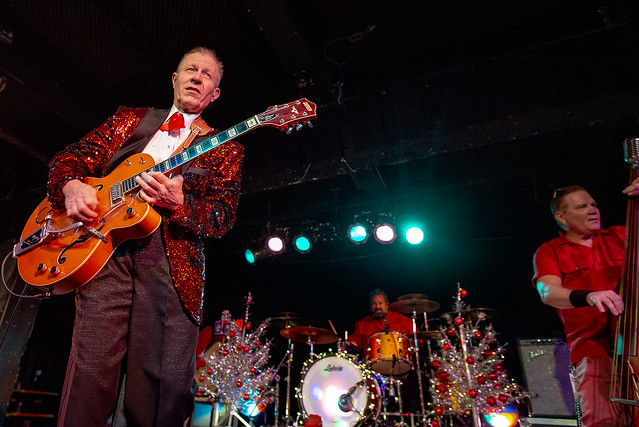 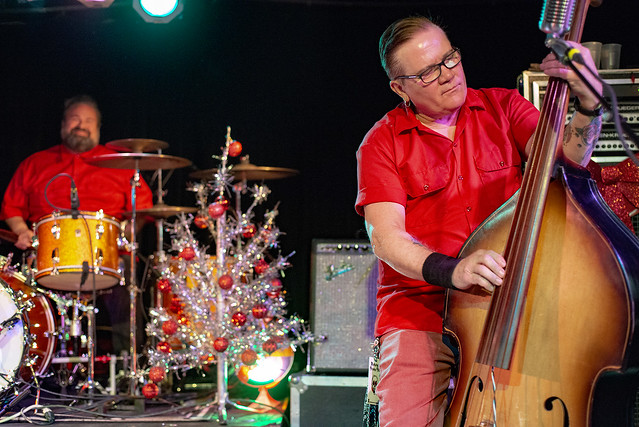 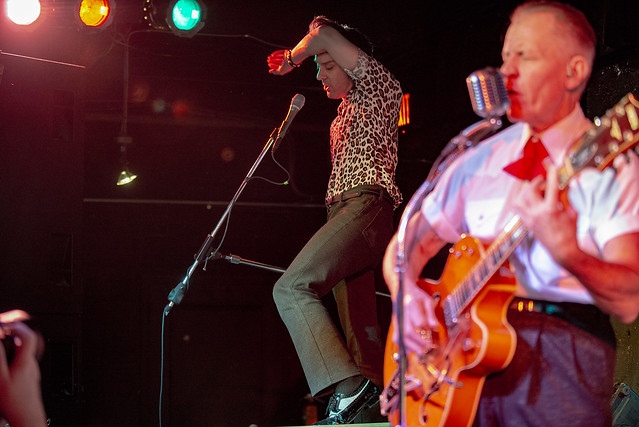 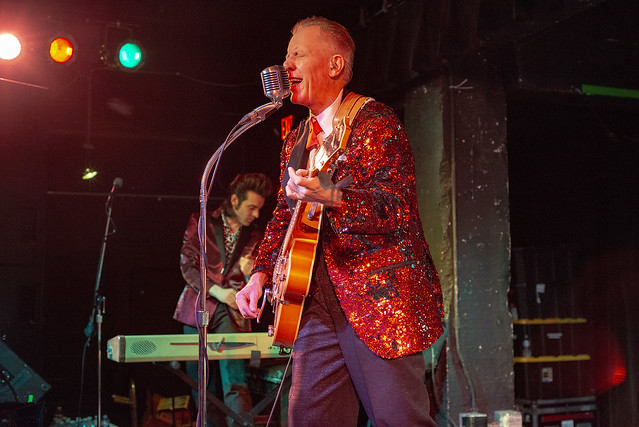 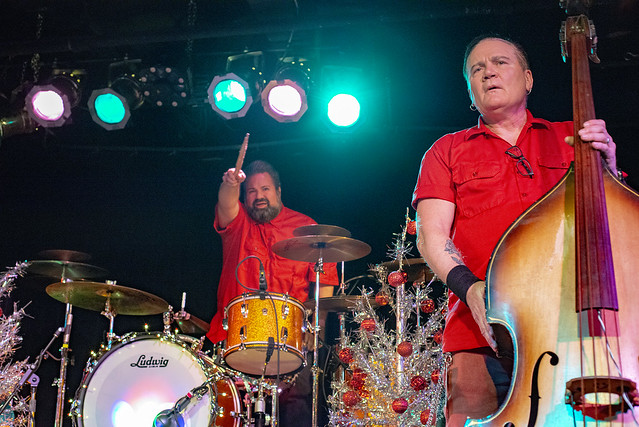 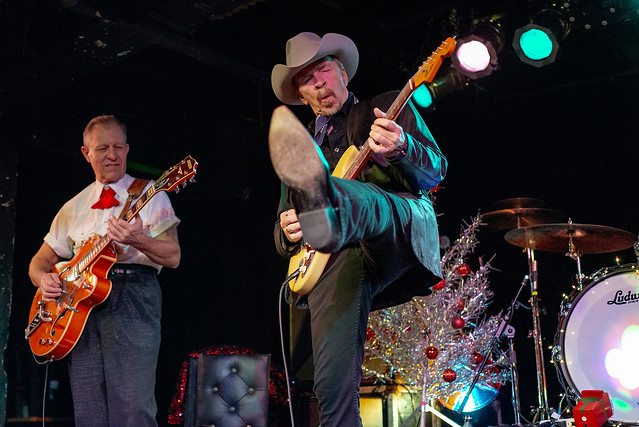 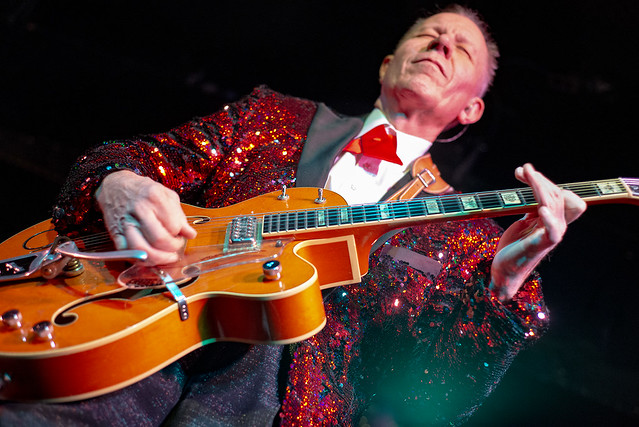 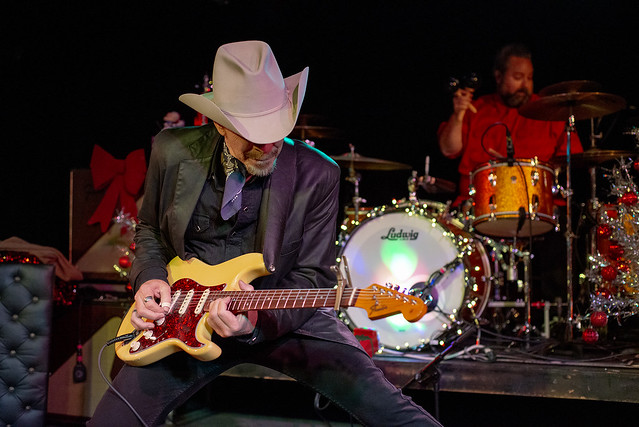