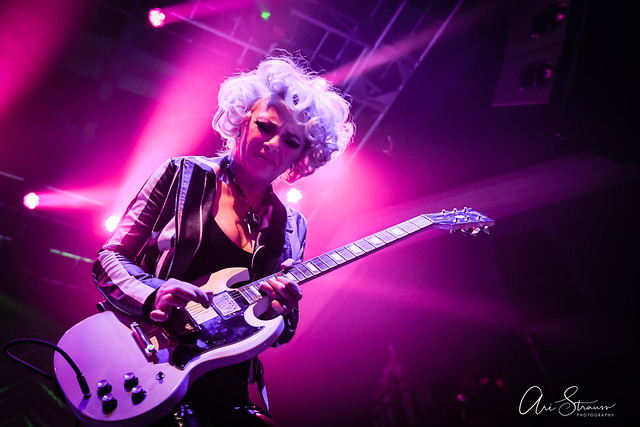 Making her second appearance this year in the DMV, ace guitar slinger Samantha Fish tore it up at her first appearance at the 9:30 Club recently. (This summer, she led off a bill at Wolf Trap with Kenny Wayne Shepherd and the legendary Buddy Guy.) With a bevy of guitars at her disposal, the blueswoman heavily featured songs from her new LP, Kill or Be Kind.

On Dec. 17, Samantha opened her set playing “Bulletproof,” the lead track of her new album — on an electric cigar box guitar. This is the standard name for that type of guitar; I do not mean to imply that the instrument was made from an actual cigar box. In the past, the large, crate-like containers that held cigars were used as resonators for guitars, and the name stuck.

Switching to a more conventional electric model, Sam played the title cut off her latest record, which she co-wrote with Jim McCormick. Jim also shares a writing credit on “Love Letters,” while Patrick Sweany wrote “Watch It Die” with her.

The deeply sad “She Don’t Live Around Here Anymore,” written with Oklahoma roots rocker Parker Millsap came next. Samantha growled through the gritty, lustful “You Got It Bad,” and got the audience clapping to the beat on “American Dream,” from her 2017 album Belle of the West.” Staying with that album, she played the dark, “Blood in the Water.”

Stream Kill or Be Kind by Samantha Fish on Spotify:

Drawing on her other record from 2017, Chills & Fever, Samantha played “Somebody’s Always Trying,” closing out the number with a screeching guitar solo. “Little Baby” was followed by “Dream Girl,” which found her at her most plaintive. She said to the audience, “You’re kind of pensive tonight, kind of thoughtful.” She had heard that the 9:30 Club drew a raucous crowd, and she expected “furniture to be ripped off the wall.”

Samantha stayed with the theme of the love, or, to be more precise, love’s disappointing downsides, with “Try Not to Fall in Love with You.” She returned to Belle of the West with the sultry “No Angels,” then dug back to 2015’s Wild Heart for the road song “Highway’s Holding Me Now.”

After “Fair Weather,” Samantha closed her set with “Crow Jane.” When she returned for her encore, Samantha was accompanied by her opening act, Nicholas David. They started off with one of Nicholas’ favorite tunes by Samantha, “Need You More,” then played “Curious,” one of Samantha’s favorite tunes by David. To send the audience home, they finished with two of Samantha’s songs, “Say Goodbye” and “Bitch on the Run.”

Here are some pictures of Samantha Fish performing at 9:30 Club on Dec. 17, 2019. All photos copyright and courtesy of Ari Strauss. 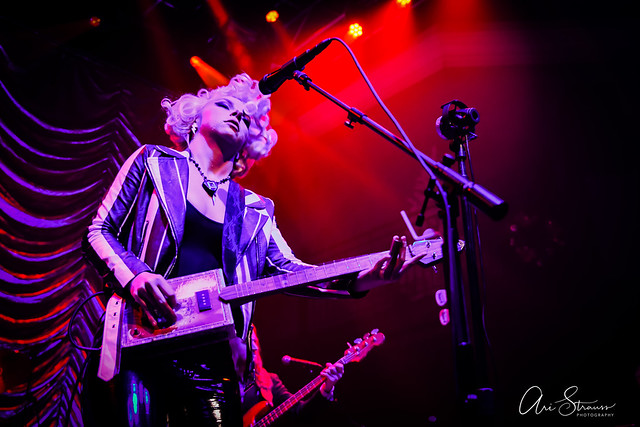 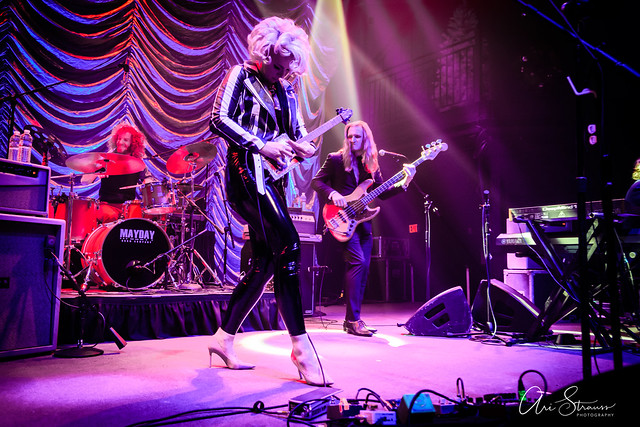 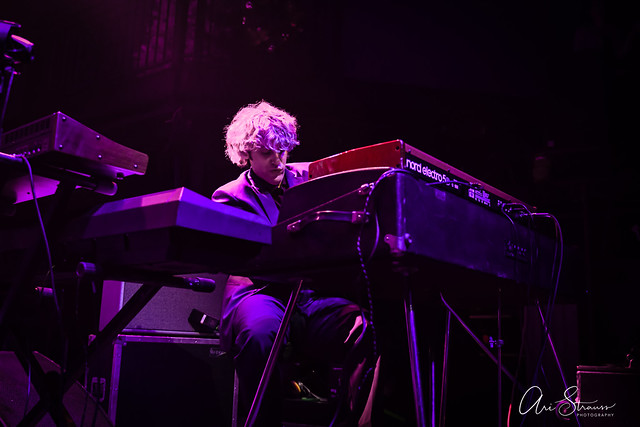 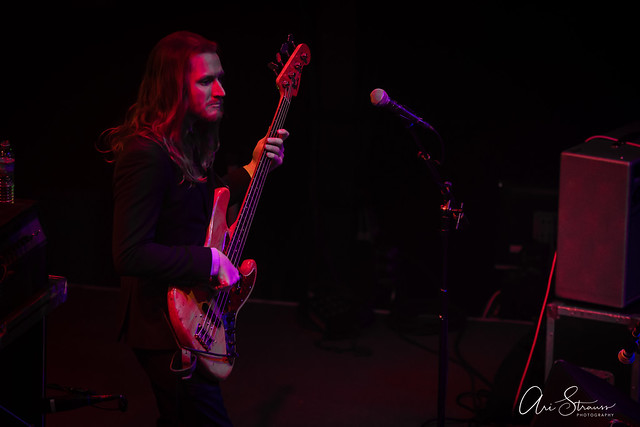 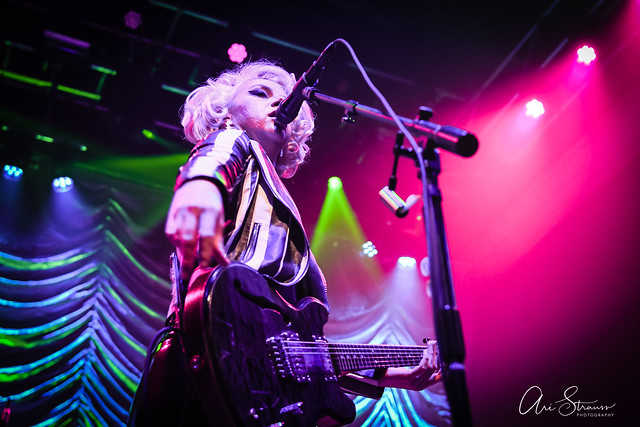 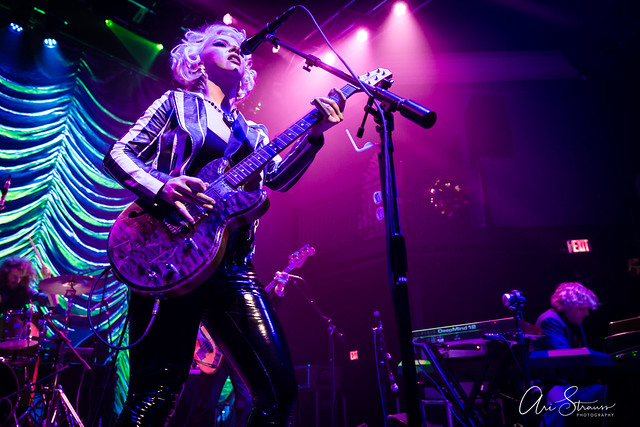 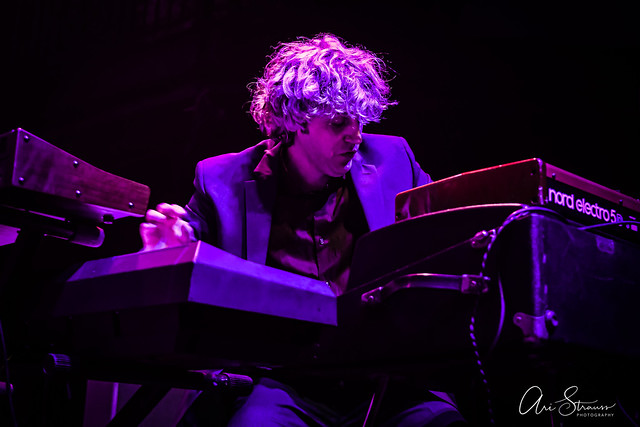 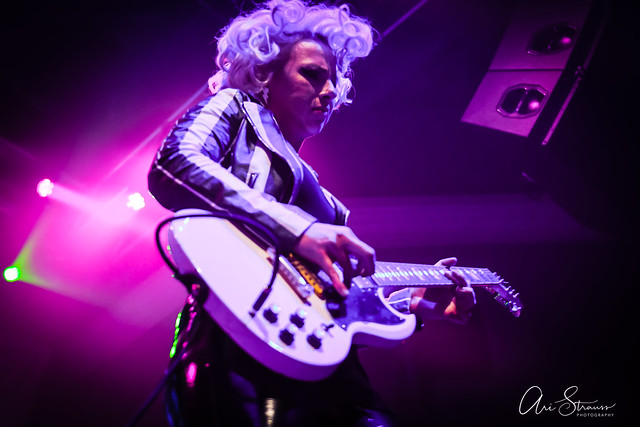 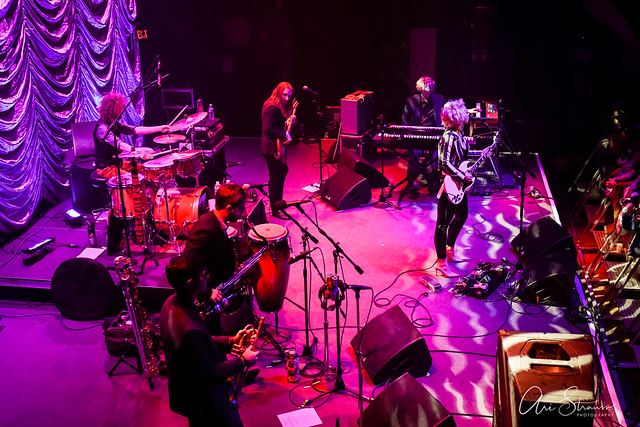 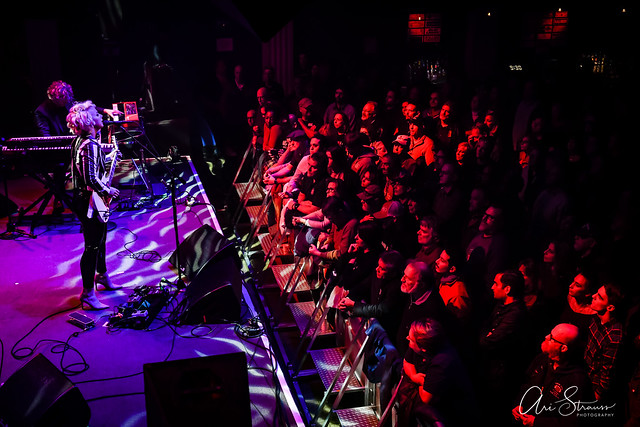 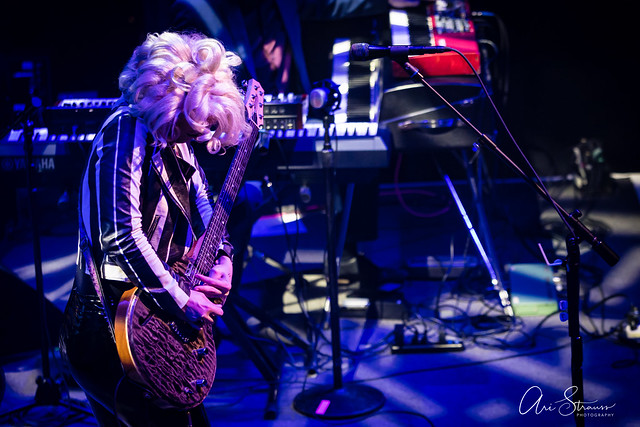 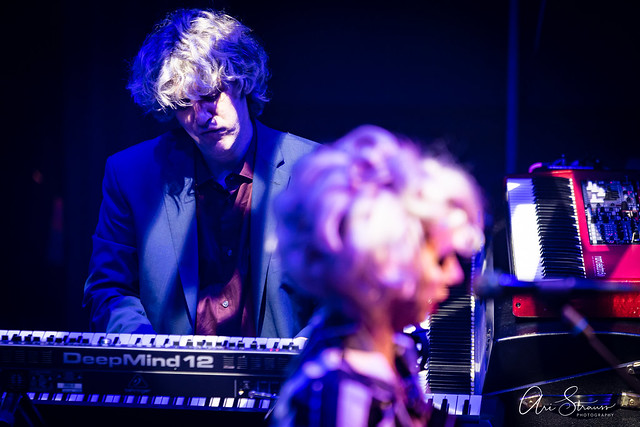 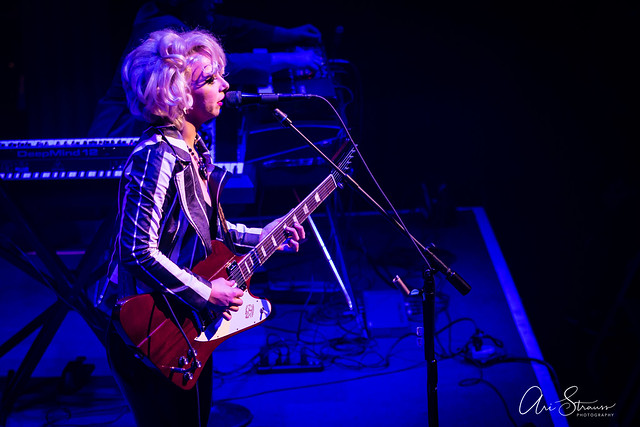 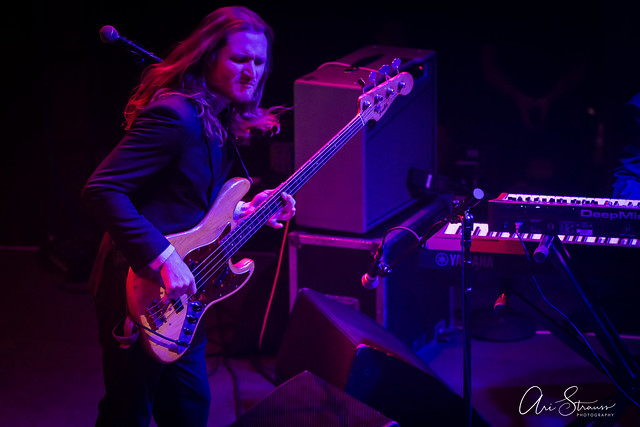 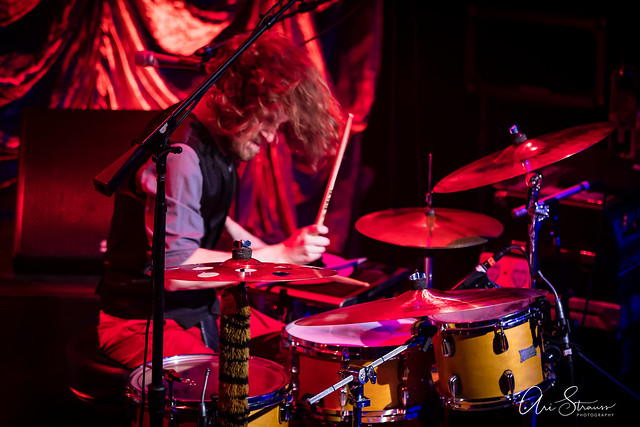 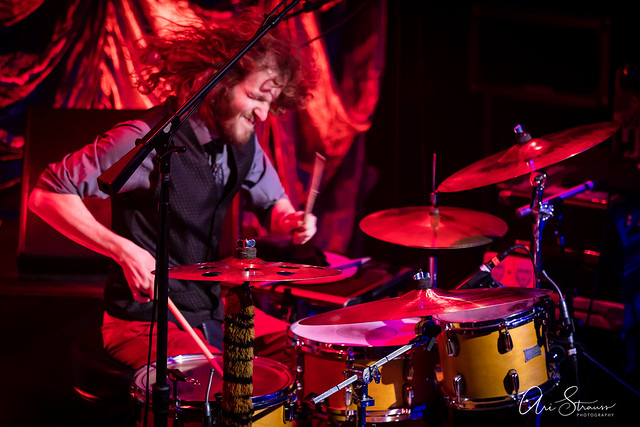 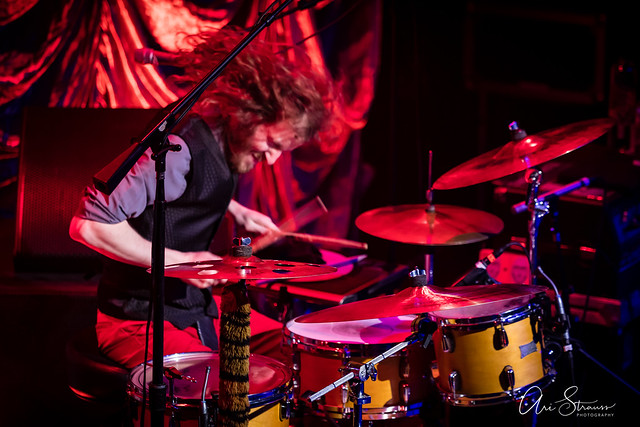 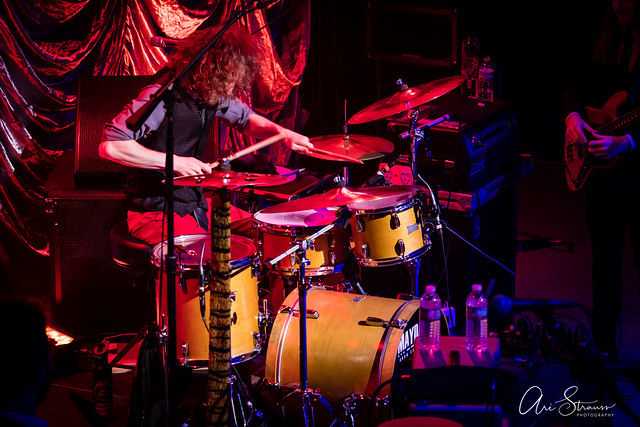 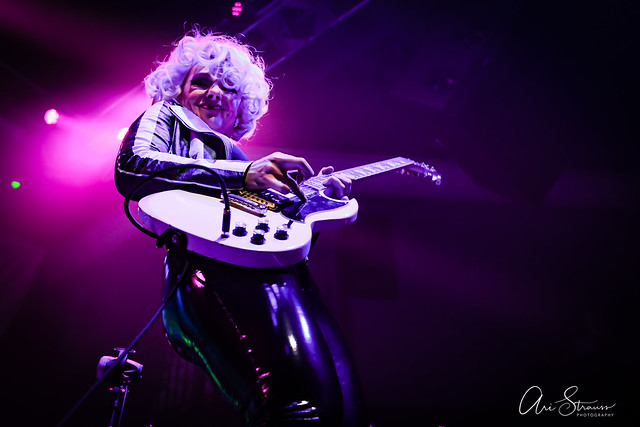