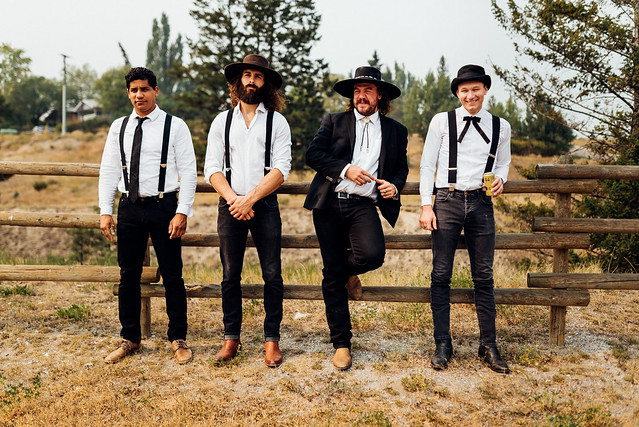 Canadian bluegrass quartet The Dead South stay true to their roots with their Served Cold Tour, which arrives at The Fillmore Silver Spring on Saturday, Jan. 11.

Capturing an out-of-place-in-time fervor and transforming it into a must-see live show, The Dead South stirs up a storm that’s impossible to ignore. The gents perform at The Fillmore on the heels of the release of their new album Sugar & Joy, published in October via Six Shooter Records.

In “Diamond Ring,” poor William, whoever he is, done got robbed by a would-be groom trying to impress his betrothed. Money doesn’t buy love, but it does buy the ring. In The Dead South’s world, characters do what they must, even when twisted logic leads them astray. From the opening galloping strum to the lower register cello and deep backing vocals, the song’s moody mania captures The Dead South’s stock-in-trade, stories of desperation and bad decisions told in fast-paced, brightly-laced bursts.

Watch the official music video for “Diamond Ring” by The Dead South on YouTube:

In a review for PopMatters, Chris Conaton hailed the new album by The Dead South as one of the best in 2019.

“Sugar and Joy shows there’s a lot of life in the corner of roots music where playing loud and fast while also leaving room for slower, more nuanced songs is considered a great combination. Some of the Dead South’s older contemporaries in the genre have moved into more elaborate, orchestrated work (hello, Avett Brothers) or focused on the improvisation side of their music (Greensky Bluegrass). So it’s nice to hear an album that embraces the core tenets of 21st-century Americana (or Canadiana, in the Dead South’s case) while still doing their own thing. Sugar and Joy is one of the most entertaining albums I’ve heard in 2019,” Chris wrote.