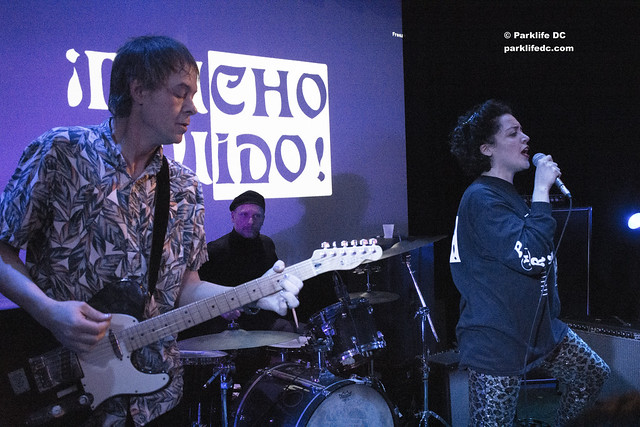 Ever wonder what it might have been like to catch the ascension New York post-punk bands in the early to mid ’80s? Well, wonder no more. Get yourself to a show by DC’s own Park Snakes to experience the thrill of what it must have been like to see breakout bands performing at places like CBGBs and Max’s Kansas City.

The trio reminded DC of its bonafides at Pie Shop recently in a robust show that kept the crowded room dancing.

Park Snakes is Maria “Nenet” Barrios (vocals), Van Hillard (drums), and Jason Coile (guitar). As we’ve noted before, Nenet has a breathy voice reminiscent of the likes of Kim Gordon and Chrissie Hynde. She certainly channeled her inner disaffected punk diva at Pie Shop on Jan. 3 with songs like “West Coast,” a recent entry into the Park Snakes catalog, as she gave a tongue-in-cheek salute to the wonders of Los Angeles at the end of their show.

As Nenet swayed and danced, she did so against the canvas painted by her bandmates. Tall and lean, Jason thrashed onto stage right on bass, riding the music in states alternating from bright-eyed alertness to hypnotic acquiescence. And at the back, drummer Van smashed and kicked his way through roughly 10 songs with a style and grace that belied his ferocity.

With a screen that declared “Mucho Ruido!” (or “noisy!” says Google), Park Snakes romped through songs like the title track to their full-length album Silk, spinning tales of longing and desire.

Park Snakes initially released a self-titled EP in 2017, and the band followed that up with Silk, its first long play, in 2018. Sometime after releasing a last couple of singles, including “West Coast,” last year, founding guitarist Jason Coile departed the band, leaving the group as a trio. Mysteriously, he returned for this show, and Parklife DC doesn’t yet know if his return is permanent or temporary.

Still, for my money, a leaner, meaner three-member band (Park Snakes was once a quartet) was even more capable of ensnaring an audience at Pie Shop, where they proved an absolute delight to the capacity crowd gathered for a strong three-band bill.

Here are some pictures of Park Snakes performing at Pie Shop on Jan. 3, 2019. All photos by Mickey McCarter.

(Editor: This post has been updated to reflect Jason Coile performing with the band although Park Snakes listed him as inactive). 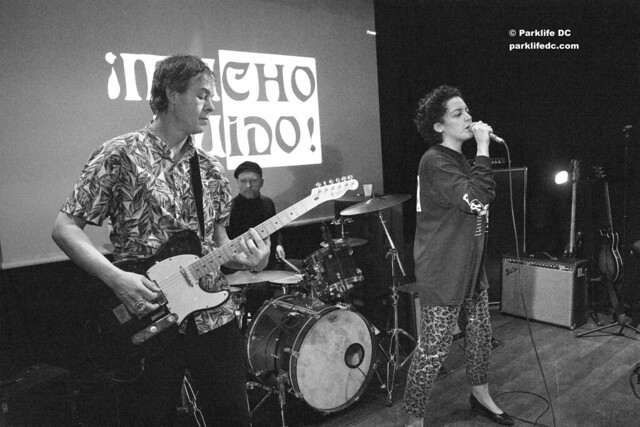 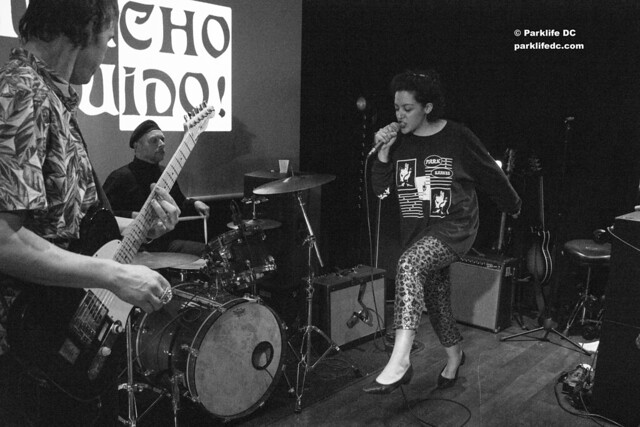 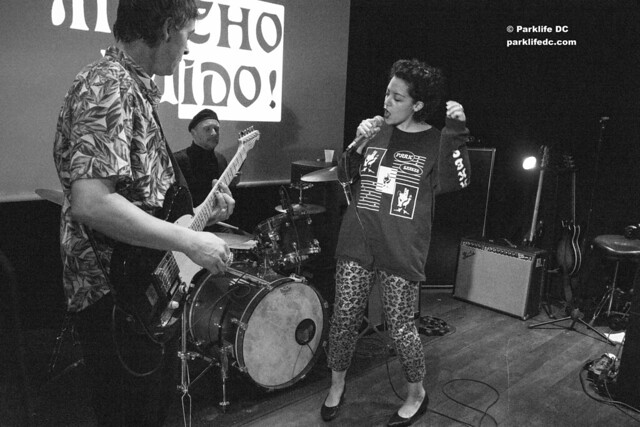 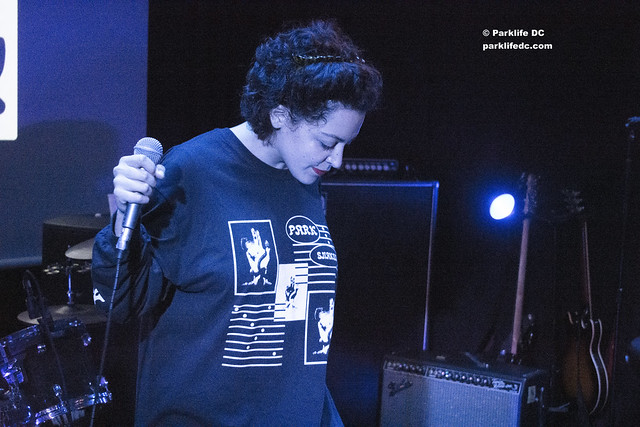 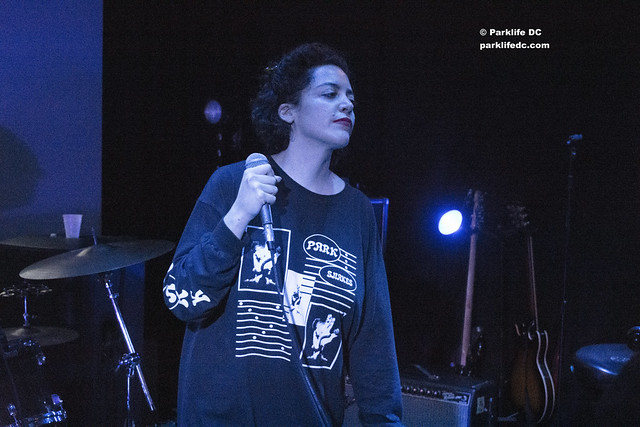 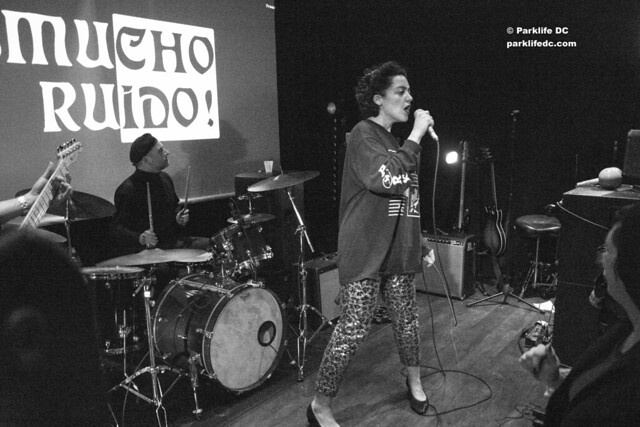 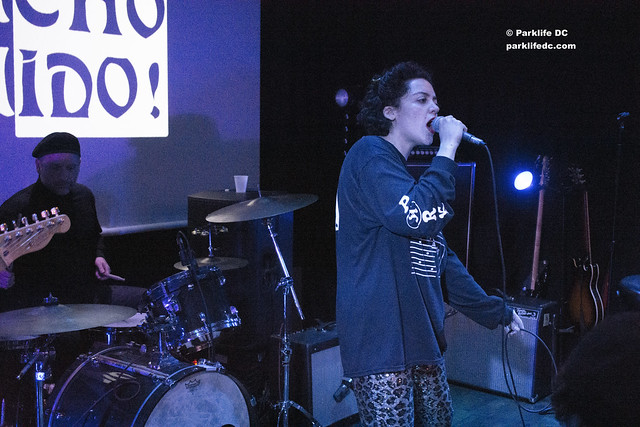 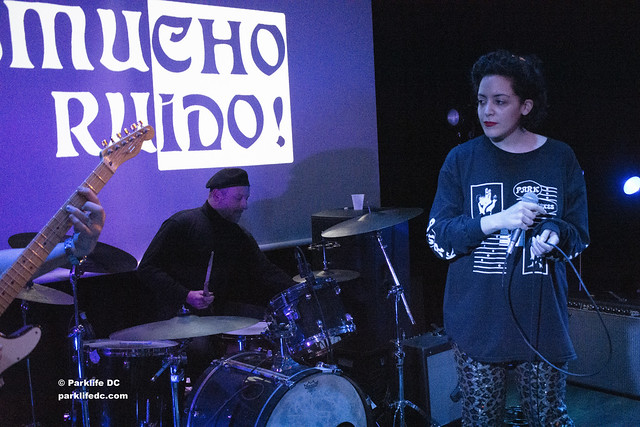 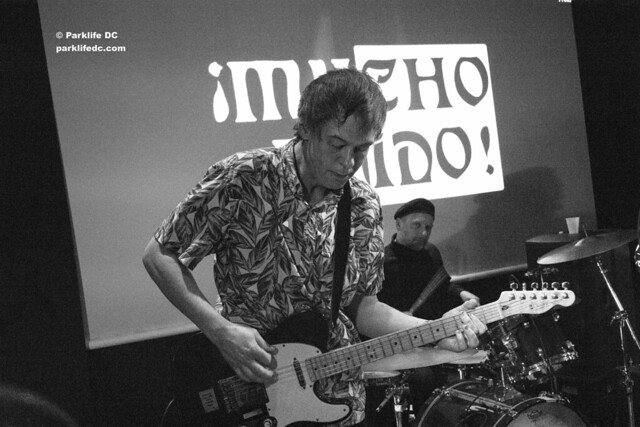 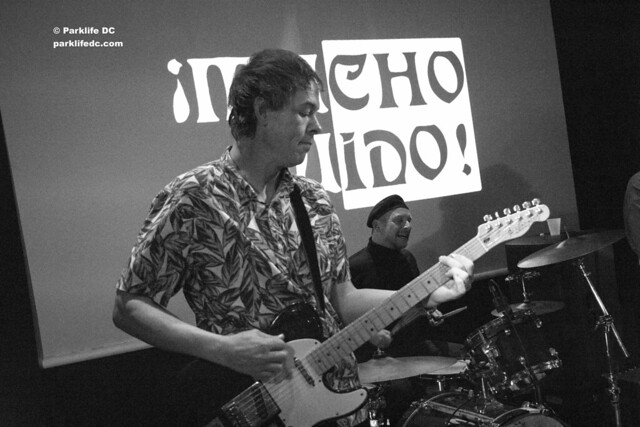 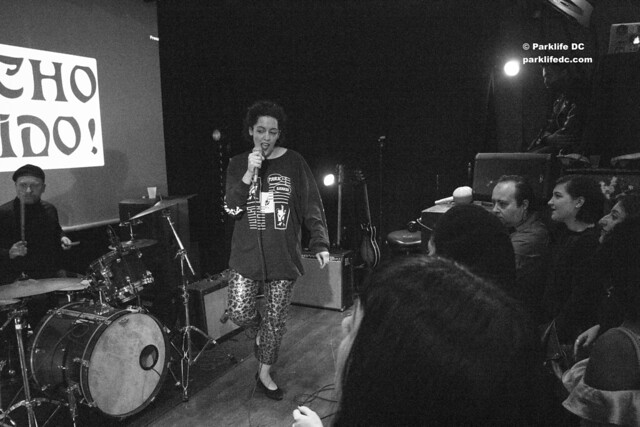 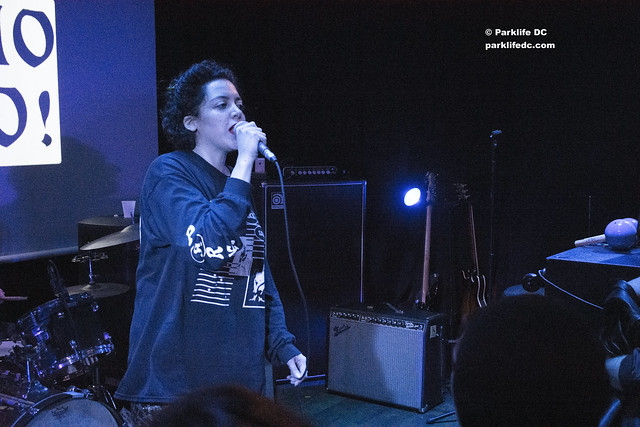 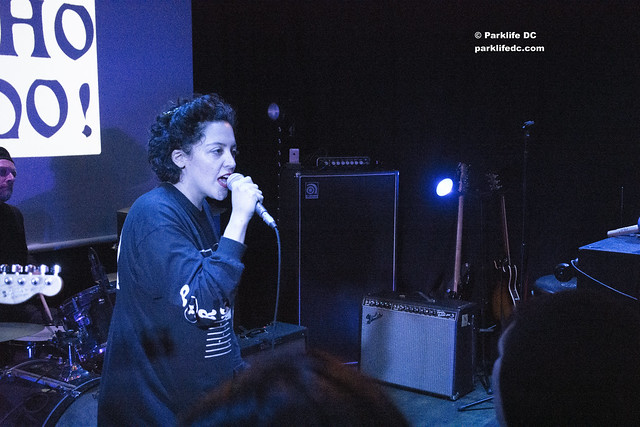 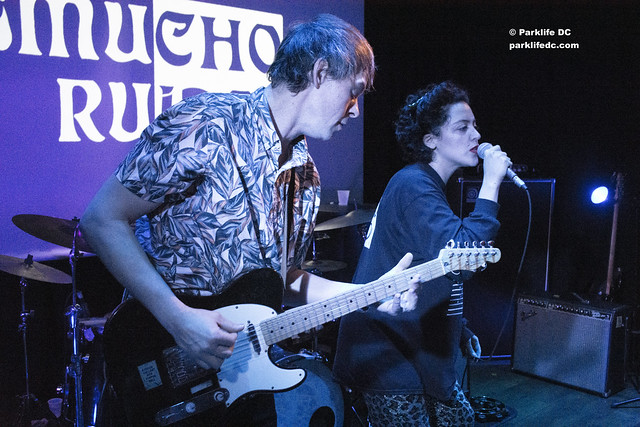 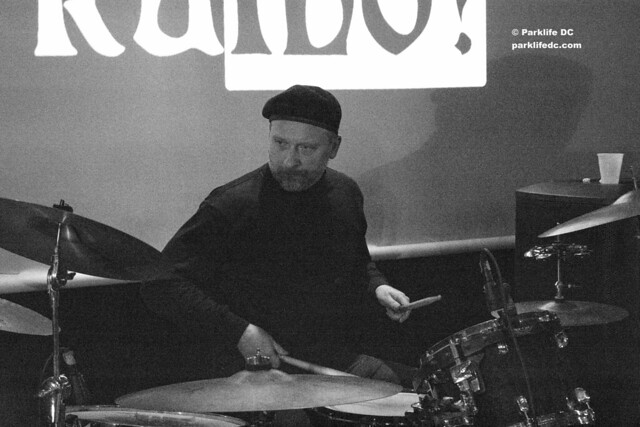 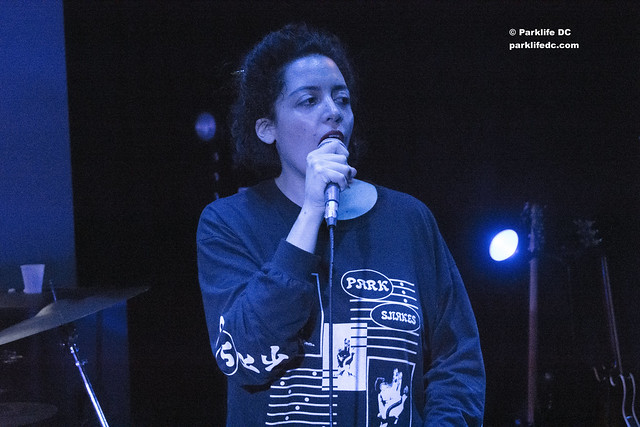 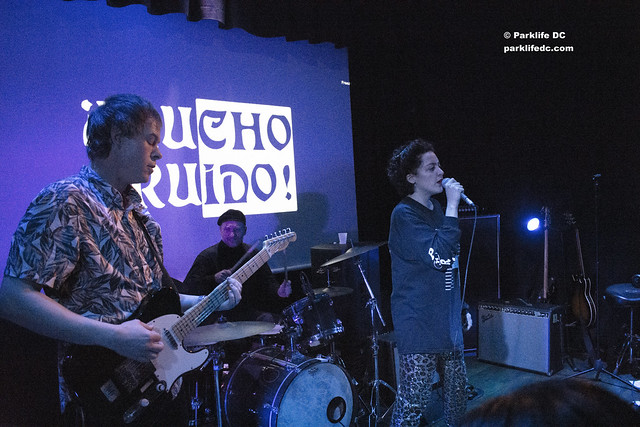 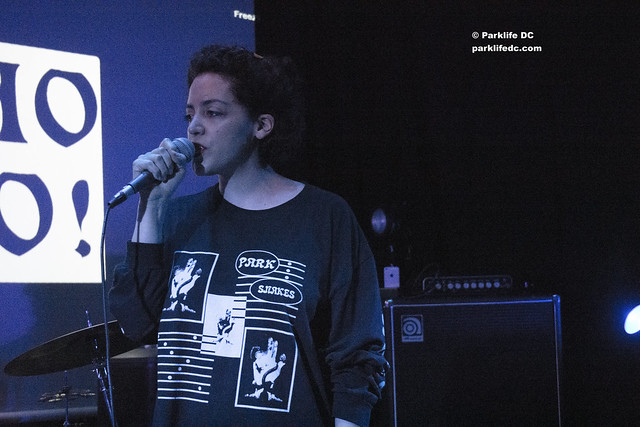 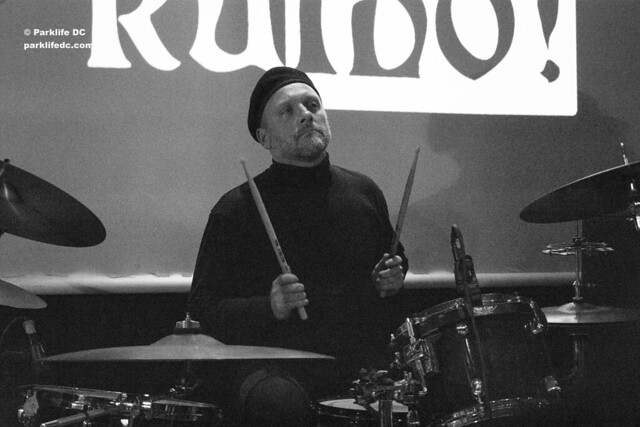 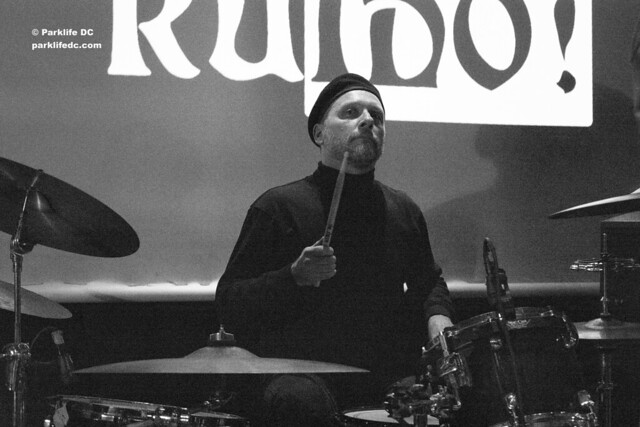 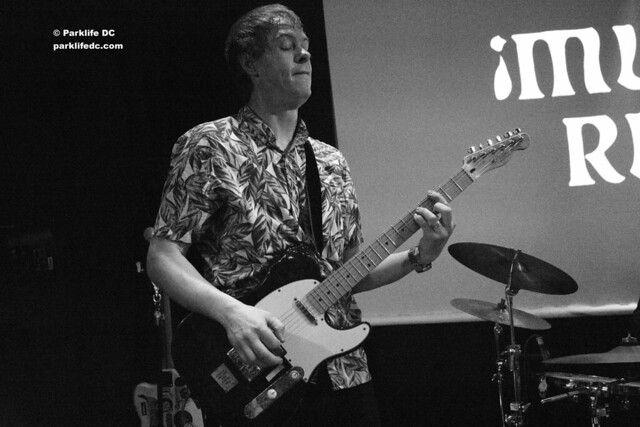 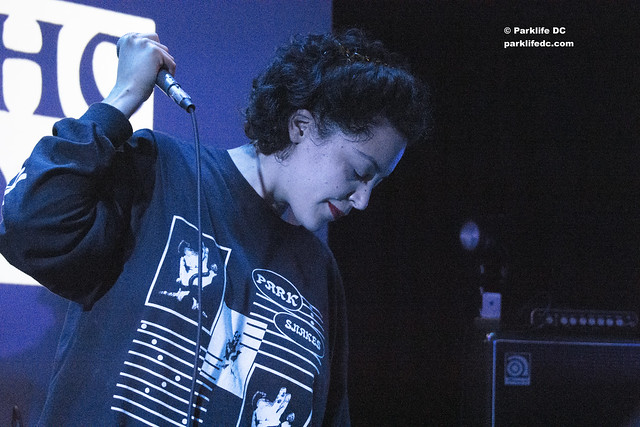