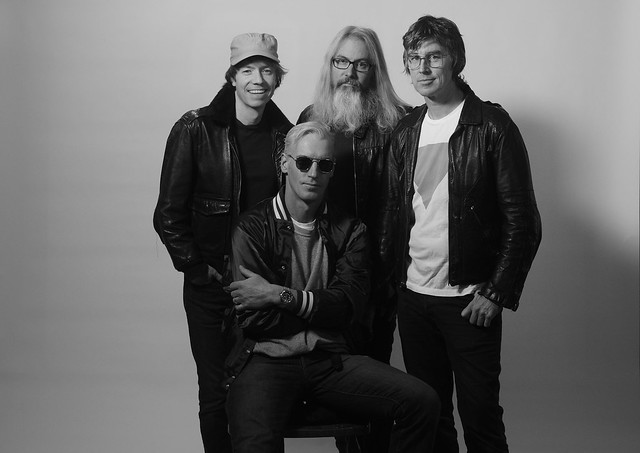 Late last year, Sloan released a deluxe edition of Navy Blues, their seminal 1998 album, and they are now on a tour to play the album in full. Sloan sails the tour to Union Stage on Saturday, Feb. 22.

Bassist and vocalist Chris Murphy, drummer Andrew Scott, guitarist and vocalist Patrick Pentland and guitarist Jay Ferguson came together in 1991 to form SLOAN. the band made their recording debut a year later on the Halifax, Canada CD compilation “Hear & Now” before releasing their debut EP “Peppermint” on their own label. In 1992 SLOAN signed with Geffen Records and released their full-length debut “Smeared”.

In an interview with The Sound last fall, Patrick said, “I feel like this Navy Blues record was kind of when we finally decided to be comfortable and have fun and not worry about what other bands or critics were saying about us. We just embraced rocking out as opposed to worrying about being cool or hip. That record was a bit of a watershed moment because we just went off and did our own thing and didn’t worry about anyone else. It was quite successful too, and “Money City Maniacs” became a huge hit for us.”

Watch the official music video for “Money City Maniacs” by Sloan on YouTube:

“Navy Blues might just be the band’s best yet, with the sheer consistency of its infectious melodies, clever lyrics, and exuberant performances pushing the group toward new creative peaks. Moving away from the ornately Beatlesesque production of the previous One Chord to Another, the sound on Navy Blues is more down and dirty, indicating a heavy Big Star influence,” Jason wrote.