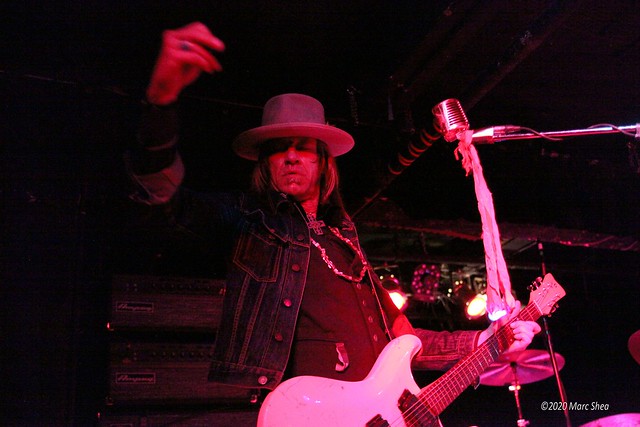 David Eugene Edwards is the creative force behind Wovenhand. After making his mark with the gothic sounding, alt-country band Sixteen Horsepower, David originally recorded his own solo work under the Wovenhand moniker. This has given him the opportunity to explore a variety of musical styles, but they are all connected by his inherent intensity.

His trademark fire and brimstone delivery was apparent in a recent show at Black Cat. 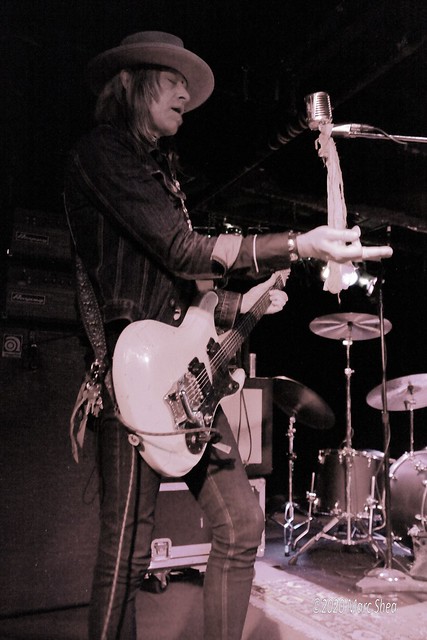 On March 2 at Black Cat, the band consisted of David Eugene Edwards on guitars and mandolin banjo and long-time collaborator Ordy Garrison on drums. Bathed in an unceasing red light, the duo played an hourlong set that was filled with howls and screeches from David’s guitars and a surprisingly large sound from Ordy’s small drum kit.

Wovenhand took their opening number, “Dead Dead Beat,”  from the band’s upcoming release, Silver Sash. It was an intense opening salvo for what would be an enthralling hour of music. 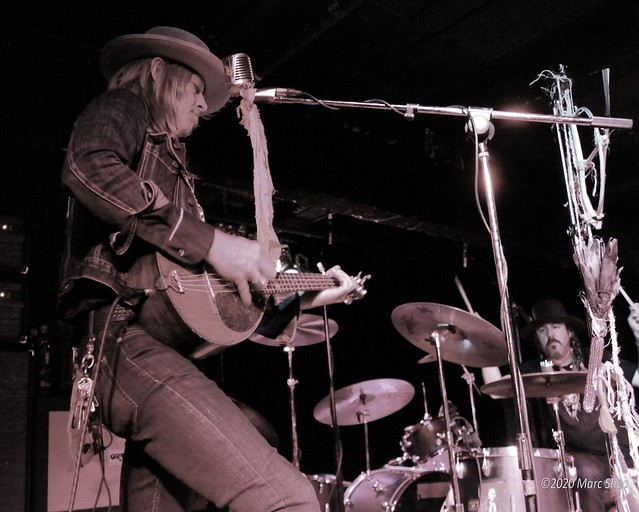 There were no breaks in between songs. There was no witty banter, no backstory for any of the lyrics. David was completely focused on the music. He presented a shamanistic figure on the stage. From his intense singing, to the thousand yard stare and wild hand gesticulations, to the third eye painted on his brow, he seemed to be on a different plane when he was on the stage. And the crowd was just as entranced by him as he was by whatever was powering him. 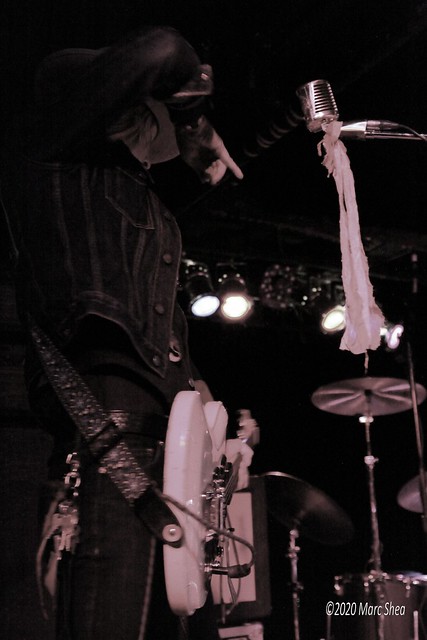 Even quieter pieces like “Outlaw Song,” a track he recorded with Sixteen Horsepower, were given a wash in distortion, losing some of the folkiness of the album version. 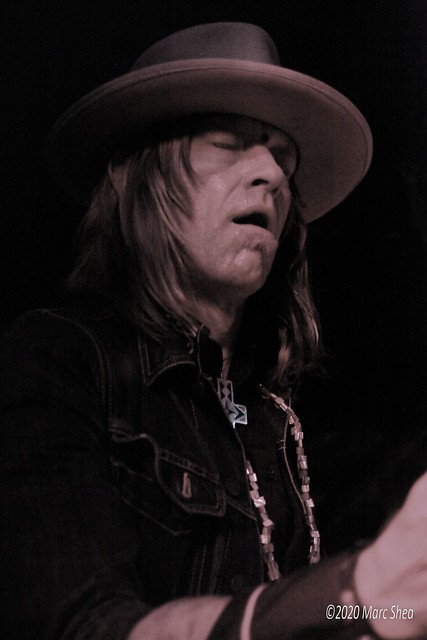 The band played some older Wovenhand hand songs like “Whistling Girl,” in addition to music from the latest release, Star Treatment. Like most of the setlist, “The Quiver” was doused with reverb and overdrive, possibly to take the place of the missing bass guitar.

Then it was over. The show ended as simply as it had begun. While the crowd cheered, David and Ordy exited the stage silently. A simple bow to the audience and the guitars and mics were unplugged. It was the best way for the show to end.

Here are a few more pictures of Wovenhand performing at Black Cat on March 2, 2020. All photos copyright and courtesy of Marc Shea. 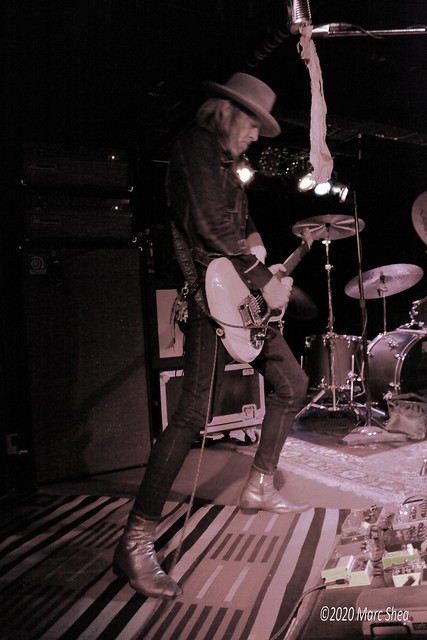 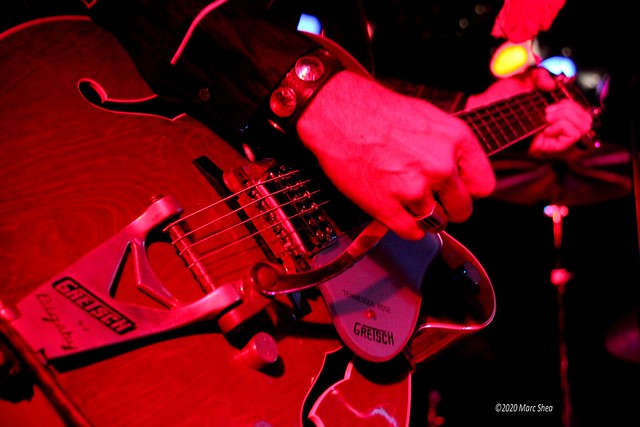 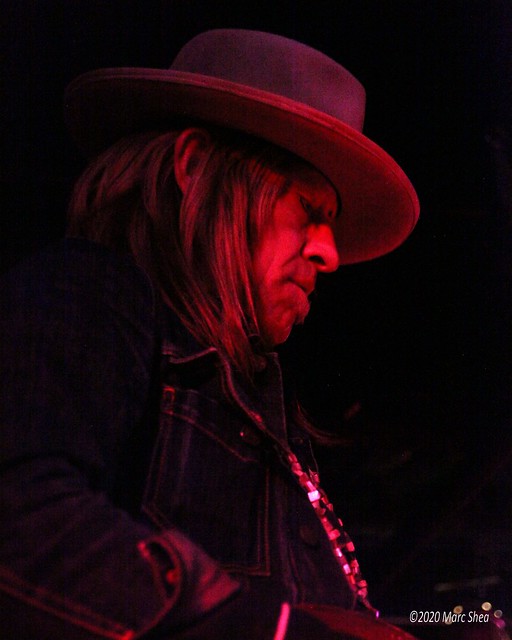