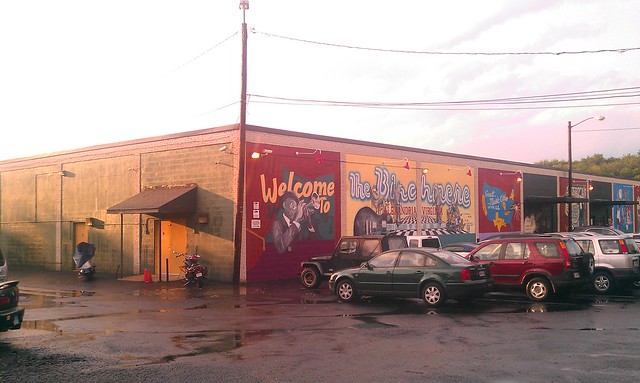 The Birchmere (Photo by dontdothisathome)

With a history going back more than 50 years, The Birchmere enjoys an unparalleled prestige with both artists and fans among DMV venues. Known as the region’s center for roots music, the venue has hosted a staggering number of legendary artists.

Gary Oelze opened The Birchmere at its original location in a strip mall in the Shirlington neighborhood of Arlington in 1966. The first of three buildings to house the Birchmere, it had a capacity of 200 guests. For its first several years, The Birchmere, while it had the occasional musical act, was more of a neighborhood bar.

Around 1974, The Birchmere began focusing on music, and bluegrass in particular. It differentiated itself from other venues by taking the genre as a serious, legitimate form of music. Gary introduced the listening room atmosphere for which the club has become known, removing distractions and asking patrons for quiet during the performances.

One act in particular formed the backbone of The Birchmere’s early success: The Seldom Scene. The group began its residency in 1975, putting on weekly Thursday night shows, and they proved to be a consistent draw, selling out the venue for 20 years. Despite being incredibly talented, as their multiple Grammy nominations attest, The Seldom Scene all continued to work day jobs, so they could only perform locally during the week (with the occasional weekend festival).

Buoyed by this success, The Birchmere moved to a second, larger location in 1981. Located on Mt. Vernon Ave. in northwest Alexandria, the new building could seat 300 guests, half again as many as the original building. In 1997, the venue moved again, this time just two blocks away. Nestled behind an AutoZone, the exterior features a colorful mural celebrating the history of the venue.

Read Parklife DC’s coverage of shows at The Birchmere.

When you enter the music hall, you pass through a hall covered in signed photos and posters from many of the artists who played The Birchmere. There’s Ray Charles, who played one of his last shows at the venue. And you see the million dollar smile of Merle Haggard.

While The Birchmere is known for roots music — country, folk, bluegrass, and blues — it hosts many other types of acts as well, ranging from R&B to Latin and Cuban music. I saw Melissa Etheridge there in 2018, and Sinead O’Connor had been scheduled to play the venue on April 7 (date postponed).

Respected by audiences, The Birchmere is also beloved by entertainers. As singer-songwriter John Hiatt told the Washington Post in an interview for the paper’s coverage of the hall’s 50th anniversary, The Birchmere has certain conveniences not often found on the road, like laundry facilities. Upon arriving for one show, Hiatt found two roast chickens being kept warm on the dryer for him and his band.

Unique among seated venues in the area, all tickets at The Birchmere are general admission. For crowded shows, if you want a really good seat, it’s best to show up as close to 5pm, when the box often opens, as possible. You’ll have to wait until 6pm for the music hall to open, but the earlier you get there, the better place in line you’ll have to get prime seats. Most shows begin promptly at 7:30pm, and by that time, there’s rarely an empty seat in the house.

For more on The Birchmere along with a concert schedule, visit its website.

Editor’s note: As a DC-area music venue for touring bands occupied by its owner-operator, The Birchmere is eligible for nomination in our annual Thrushie Awards as Best Concert Venue.

The Birchmere marquee in a photo by David Poe: 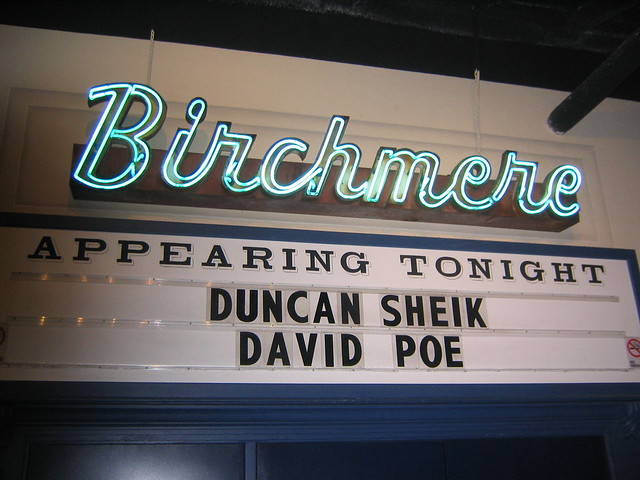 The Birchmere sign in a photo by Casey Vock: 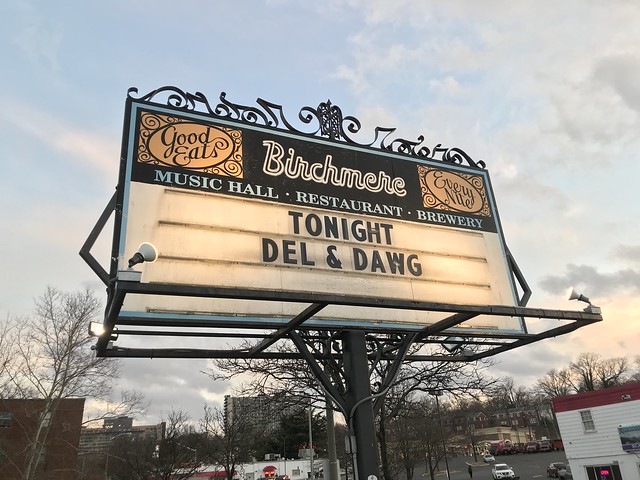 The Birchmere murals in photos by Casey Vock: 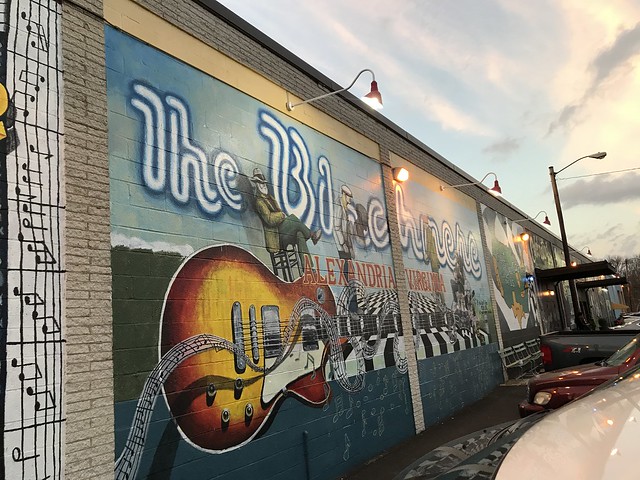 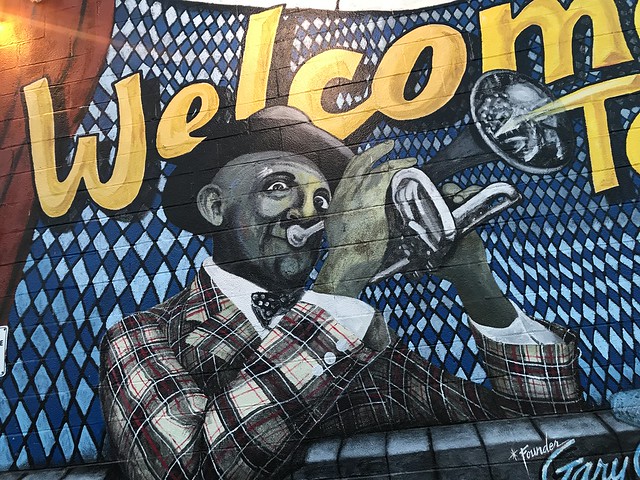 The Birchmere murals in photos by Anna Creech: 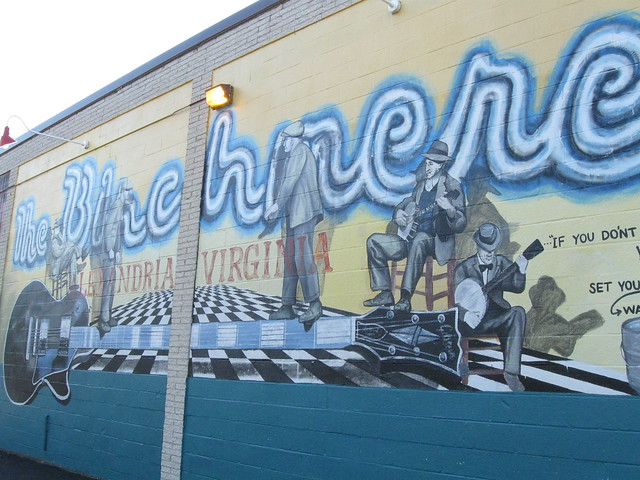 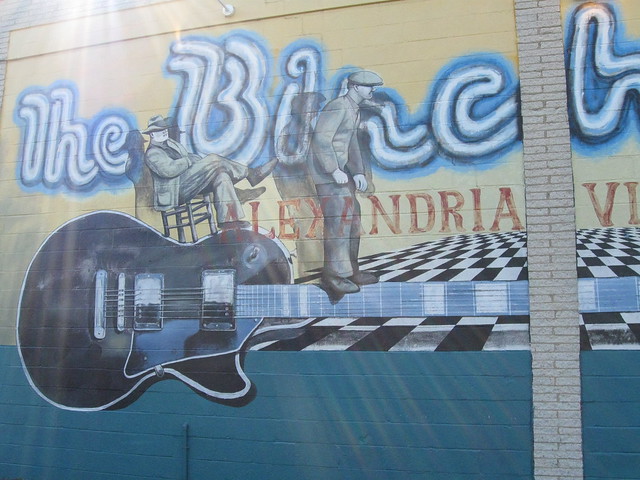 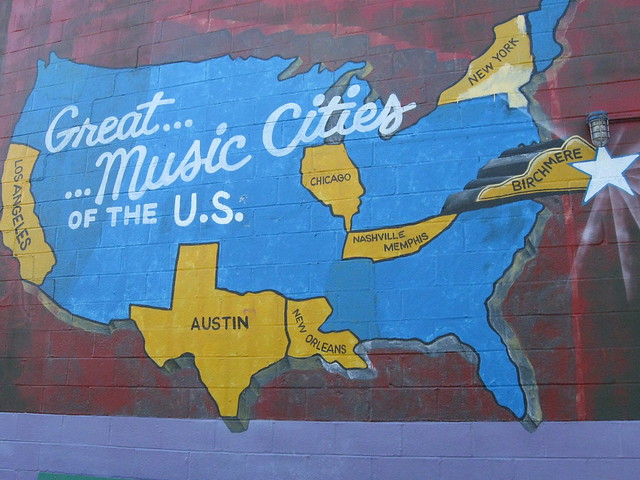 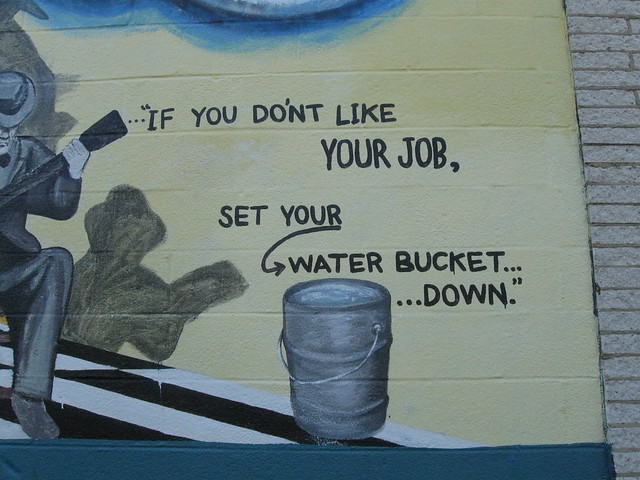