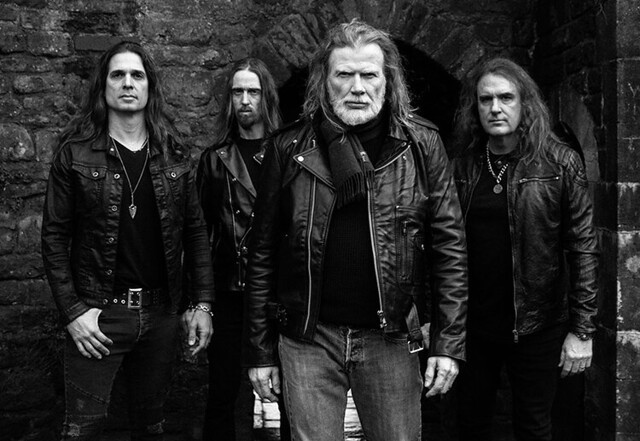 Many of hard rock and heavy metal’s top musicians are coming together online to do a little good on Saturday, April 11, via Facebook Live.

Headed up by Megadeth bassist, David Ellefson, the livestream event, titled “Oh Say Can You Stream,” is an online fundraiser to help raise money for Ellefson’s School’s Out initiative which provides online lessons, instruments, and gear to kids and aspiring musicians during quarantine, and other COVID-19 relief charities.

“When one person suffers, we all suffer, and this is an unprecedented moment in history when all of us around the world are united for a common cause, especially in the music community,” David said. “As I saw so many of my friends who are ‘hired gun musicians,’ session players, etc., all losing so much work, we all saw months of work vanish before our eyes. We thought we could create an opportunity to really do some good on several fronts. So many of our friends have been so generous with their time, and it’s a wonderful initiative to be able to not only give kids something great to hold onto, but also keep some of our friends working in this uncertain time.”

David Ellefson and his solo band will play an acoustic set which includes the band’s new single, “Simple Truth,” out on all digital platforms on April 10. All proceeds from the single will go towards the Italian Red Cross covid-19 efforts.

See a full list of performances and appearances below:

You have many platforms from which you can stream this virtual festival, but we recommend hitting up the Facebook page of the David Ellefson Youth Music Foundation.