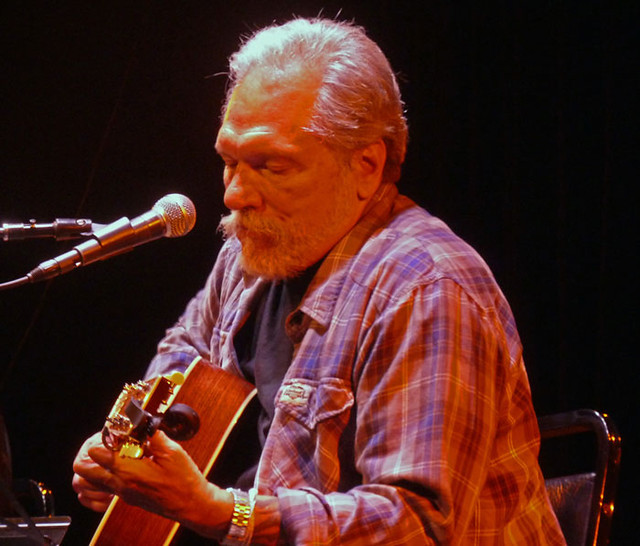 Jorma Kaukonen performs at The Birchmere on Oct. 4, 2012. (Photo by Mark Caicedo)

Jorma has long been one of the most highly respected interpreters of American roots music, blues, and rock. For over 50 years, he has been at the forefront of popular rock and roll as a performer, songwriter, and founding member of two legendary bands, Jefferson Airplane and Hot Tuna. He continues to tour the world playing both as solo act and with Hot Tuna.

Born 79 years ago and raised in the DC area, he became a devotee of rock and roll early on but soon developed a love for the blues and bluegrass. Inspired to take up guitar and learn that kind of music himself, he soon met Jack Casady, the younger brother of a friend and a budding musician. That partnership has lasted over 50 years as they continue to play and tour together, and inspired that well-known maxim among the diehard, “if you don’t know Jorma, you don’t know Jack.”

Jorma and his partner, Vanessa, established Fur Peace Ranch in Pomery, Ohio, in 1989 to support music and musicians or as they put it, “a ranch that grows guitar players.” FPR is recognized for its world class music venue, workshops, and guitar camps. Add to that list, “21st century virtual performance establishment.”

Tune into Jack’s performance live from Fur Peace Ranch below via YouTube at 8pm ET on April 18!