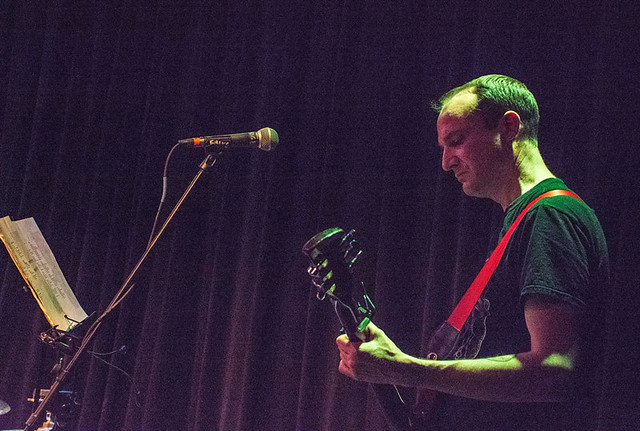 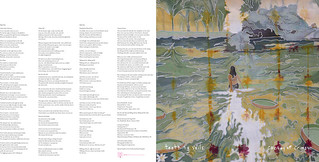 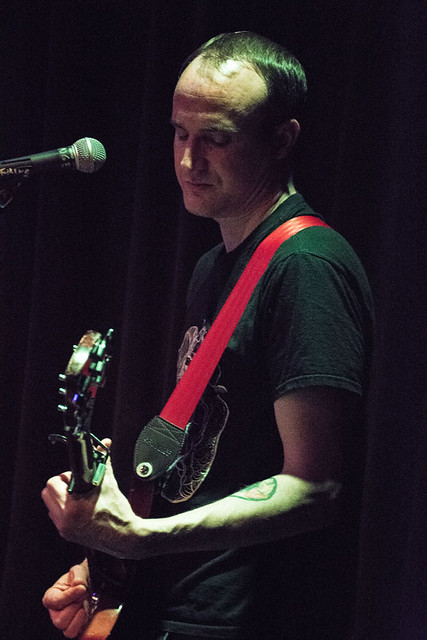 Teething Veils’s second effort, Constellations (Etxe Records), followed in 2014. Focusing on themes of isolation and detachment, Constellations is a stripped-down, yet powerful recording: Greg used only drums, bass, keyboards, and guitar — his only collaborators Nathan Jurgenson (drums) and Sam Chintha (guitar). The result is an avant-garde, post-rock tour de force. Comprised of only two 25-minute tracks, each a mirror image of one another, walls of sound are interspersed with open spaces of musical tranquility. Though it may not be for everybody, Constellations revealed Greg’s willingness to take chances with his music and challenge his audience. 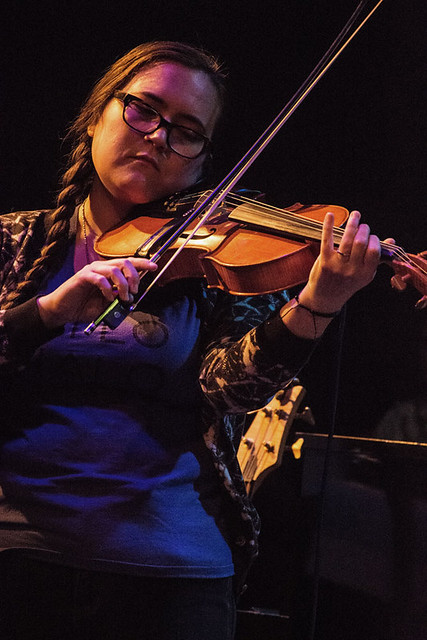 Sea and Sun (Etxe Records), released in 2017, is lush with gorgeous vocal harmonies, full orchestration, and meticulous production. Examining the album’s liner notes, the list of players and instruments, is remarkable: accordion, clarinet, flute, saxophone, trumpet, viola, orchestral chimes, cello, celesta, glockenspiel, guitar, mandolin, along with the usual guitars, keyboards, and drums. Melodies and lyrics are accessible in a way that Constellations was not. And, in a way, sets the stage for Teething Veils’s new album.

Canopy of Crimson is as lush as its immediate predecessor, but with fewer players the songs’ arrangements allow more musical space. Featuring Greg (guitar, piano, vocals) along with Kevin Buckholdt (drums), Hannah Burris (viola), and Craig Garrett (bass), songs flow into one another seamlessly, creating an overall coherency to the song cycle. Upon first listen, the music reminded me of the downer vibes and catchy melodies of bands like The Blue Nile or Cigarettes After Sex. Yet Greg and company have crafted music that defies quick and easy categorization. 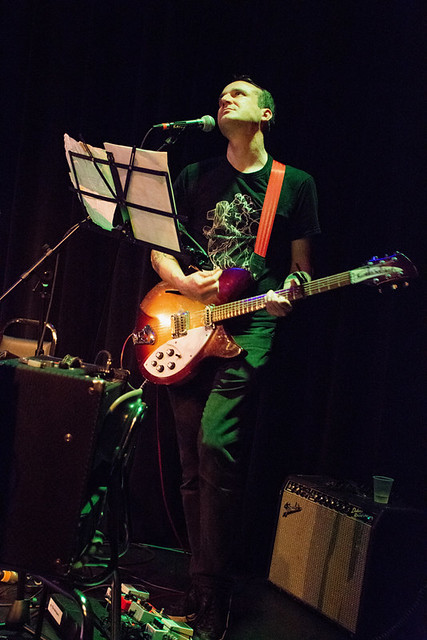 The album opens with “A House After a Hurricane,” a short but lovely little tune built around a delicate piano melody. “Sewn Hands” is an up-tempo number, its rollicking percussion a contrast to lyrics addressing separation and death. “Littleton Mill,” continues the album’s narrative of loss and grief, yet somehow rays of hope still stream from the lyrics, “Ease me, with silkened hand, back to your sun-soaked, salving, eternal fountain.”

“Bare Trees, Silver Sky” is a spare, melancholy melody lightened by both Kelly Servick’s (of DC’s Near Northeast) lovely violin and lyrics that convey tempered optimism, “There’s not much in this world I know to be true. I don’t believe in an afterlife but I know there’s one for you.” Side One concludes with the deceptively titled “Showered in Sunlight,” as lyrics like “As I lie waiting for a roaring train to meet my body soon” imply the song’s darker ruminations. 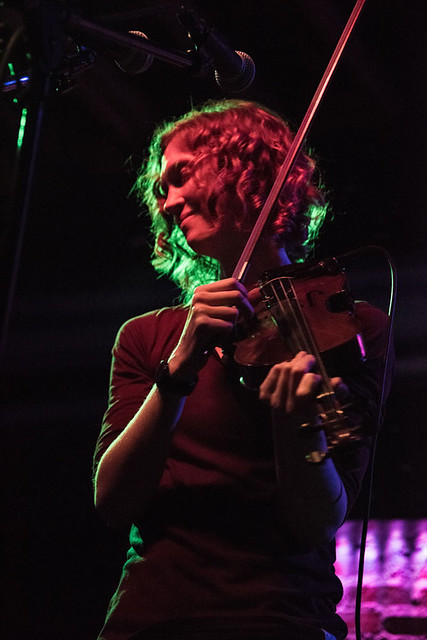 The dirge-like “Everything Foul Rained Down” opens Side Two. Much in the manner of the entire album, however, the melody’s poignancy and ascending chord structure imbue the song with a sort of hope and longing. “Walking With You, Walking With Me” again features Kelly Servick’s gorgeous and comforting violin on this eight minute love song — the album’s centerpiece.

Given the album’s dominant theme of loss, the ambiguity of the lyrics, “When you go I want to go with you” could be about life’s end. But I prefer the optimistic reading; although we all travel disparate life paths, albeit toward the same destination, friends, partners, and lovers can, and often do, remain connected over a lifetime. The title track, the funereal “Canopy of Crimson,” brings us to the album’s conclusion. Despite the melody’s gloomy instrumentation, the album’s last words are “I’m glad that it’s here. I’m glad that we’re here” inject, once again, an element of hope to the song cycle. 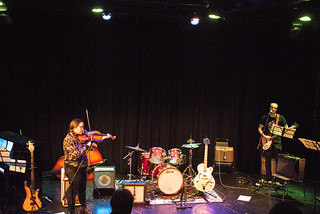 Canopy of Crimson drops on Aug. 10 via Exte Records.