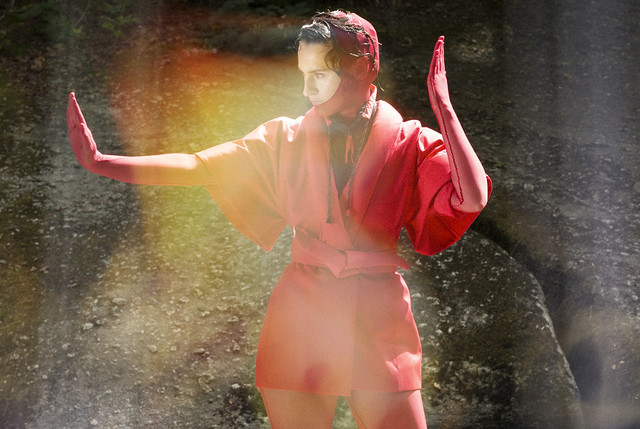 France’s YELLE recently revealed the sweltering video for their song “J’Veux Un Chien” (“I Want a Dog”), the third single with a double-entendre.

L’ère du Verseau is a rich progression, exemplified perfectly in the album’s lead single “Je T’aime Encore.” Taken at face-value, it’s a bittersweet love song, but buried in its rhymes lies the complex relationship between Yelle and its native country.

“We’re French, and sometimes we’re more understood by American people, Swedish people or Spanish people,” vocalist Julie Budet said. “They feel what we say and the energy that’s in our music, while France is a lot about overthinking, analyzing and trying to put you into a box… That’s what the song is about. “We love you, but sometimes we don’t get you.” Proper love song!”

Watch the official music video for “J’Veux Un Chien” by Yelle on YouTube:

Every challenge is an opportunity. Our divided society has been forced to reflect on a global scale, and in this surreal moment, we have a chance to reshape humanity in a kinder, gentler, and more intelligent light.

It’s under this light that we are given the reinvention of Yelle. After a six-year break, the duo’s fourth studio album L’ère du verseau (The Age of Aquarius) celebrates evolution with sophisticated style. It’s 10 tracks play in muted rainbows, digging deep into romantic chords and experimental techniques while exploring themes of sensuality and growth. It’s danceable and fun with all the verve of Yelle’s youth, but with a wisdom inspired by 15 years in the game.