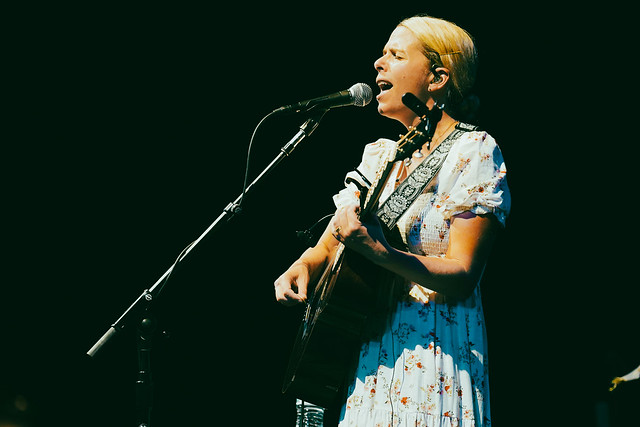 When singer-songwriter Aoife O’Donovan last appeared at Wolf Trap four years ago, she performed in the trio I’m With Her as part of the American Acoustic package tour, which also included the Punch Brothers. At the time, she noted, she was seven months pregnant; she referenced this in one of the evening’s songs, “Elevators.”

Aoife reappeared at Wolf Trap recently as a solo headliner. Normally, she told the audience, Wolf Trap is a venue where she would be an opener, but, because the venue is running at low capacity for social distancing, she was given the opportunity to headline.

A New England Conservatory of Music trained vocalist, O’Donovan has performed and recorded with numerous groups. In addition to the aforementioned trio I’m With Her, she’s also been a member of the progressive bluegrass group Crooked Still and the Wayfaring Strangers. Aoife has also had a distinguished solo career, releasing two studio albums, a live record, and an EP. On July 28, she shared that she has recorded a new album that will be released soon.

Aoife played a few songs that will be on that album, including “Phoenix” and “Prodigal Daughter,” the latter of which she wrote with bluegrass legend Tim O’Brien.

For most of her set, Aoife played as part of a trio. A welcome surprise was that Griffin Goldsmith, from the band Dawes, joined her on the drums. She opened the show with “More Than We Know,” released earlier this month, which also features folk duo The Milk Carton Kids. She followed that with “Galahad,” which she explained was based a poem by Alfred Lord Tennyson. (Those curious can find Tennyson’s poem here https://d.lib.rochester.edu/camelot/text/tennyson-sir-galahad).

Watch a lyric video for “More Than We Know” by Aoife O’Donovan featuring the Milk Carton Kids on YouTube:

As you might guess from her name, Aoife O’Donovan is of Irish heritage, and she spent the summers visiting family there. One of the challenges of the pandemic, she shared, has been that she’s been unable to visit these beloved relatives. She writes about those feelings in “Transatlantic.”

While for most of the show Aoife performed as part of a trio, she also played “King of All Birds” with a string quartet. Later in the set, she brought out the Knights Orchestra to join her on “America Come,” a piece commissioned  by the Orlando Philharmonic to commemorate the hundredth anniversary of the Nineteenth Amendment, which gave women the right to vote.

For her encore, Aoife finished the show with a cover of Bob Dylan’s “Not Dark Yet.” It was a lovely show, highlighted by Aoife’s pristine, clear voice, an evening of beautiful, lyrical, and literate music.

Here are some pictures of Aoife O’Donovan performing at Wolf Trap on July 28, 2021. All photos copyright and courtesy of Casey Vock. 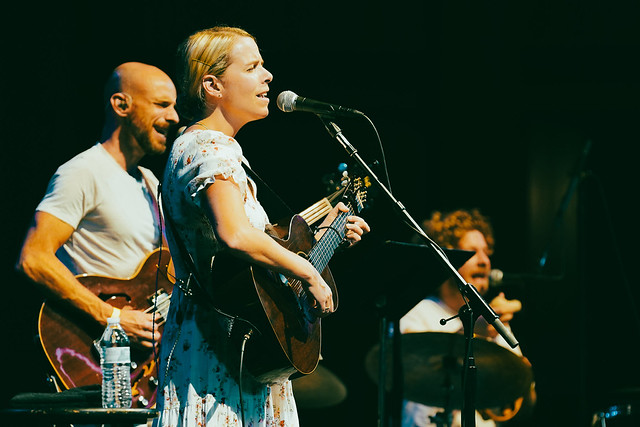 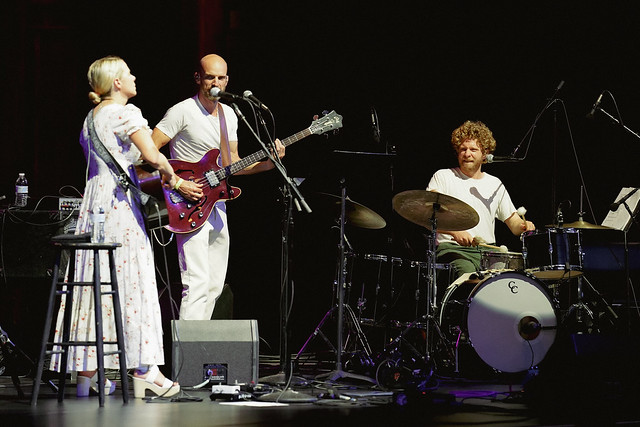 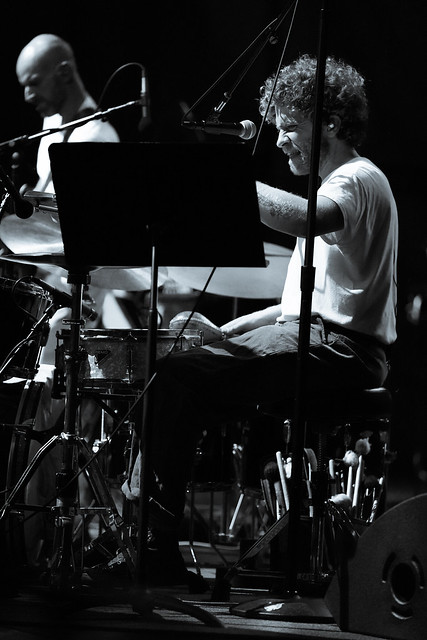 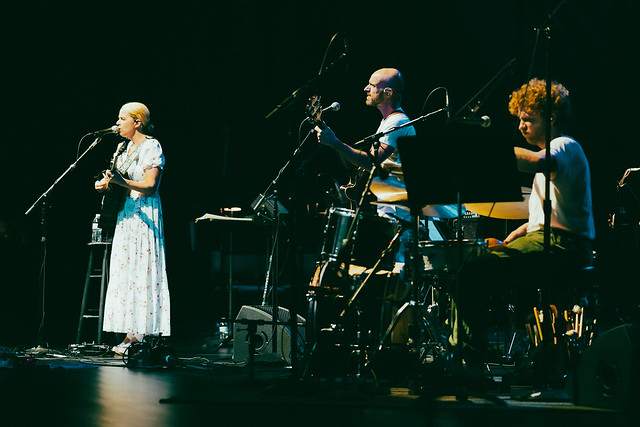 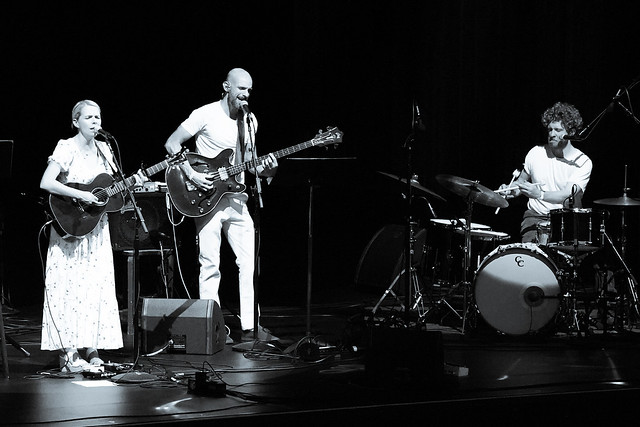 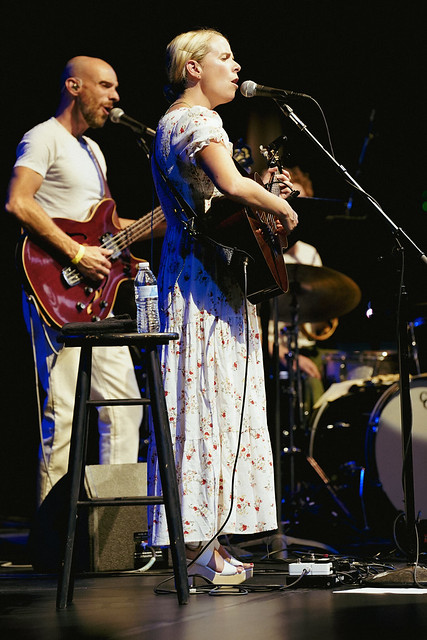 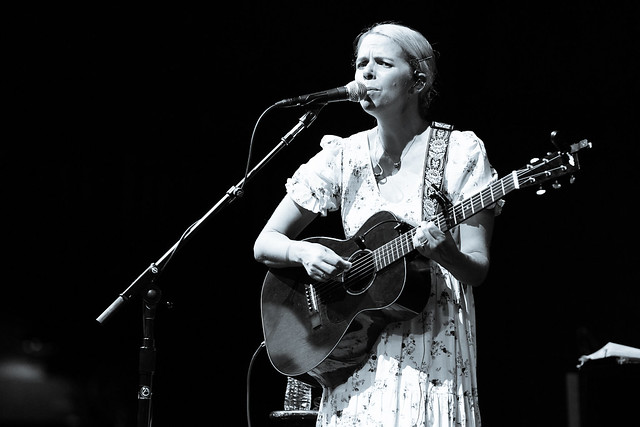 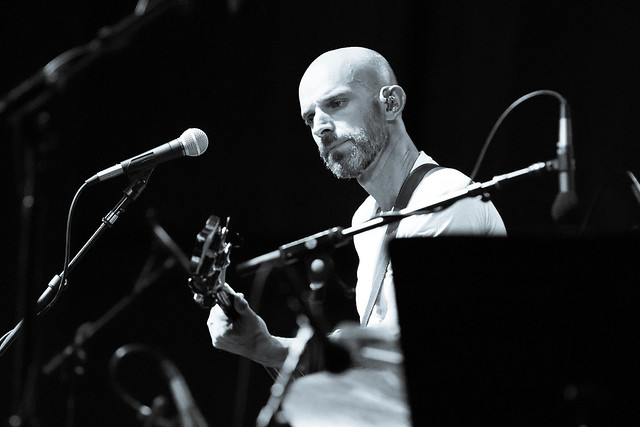 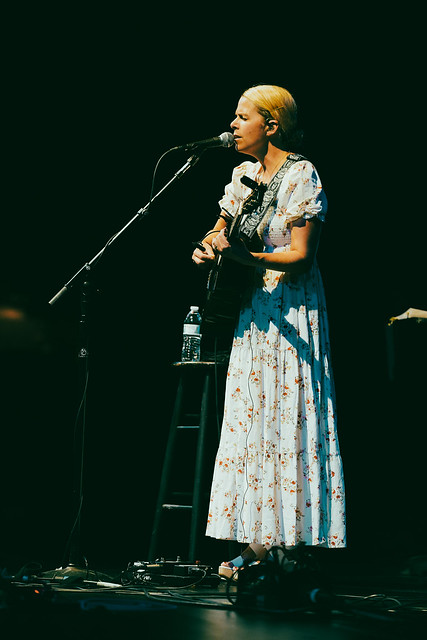 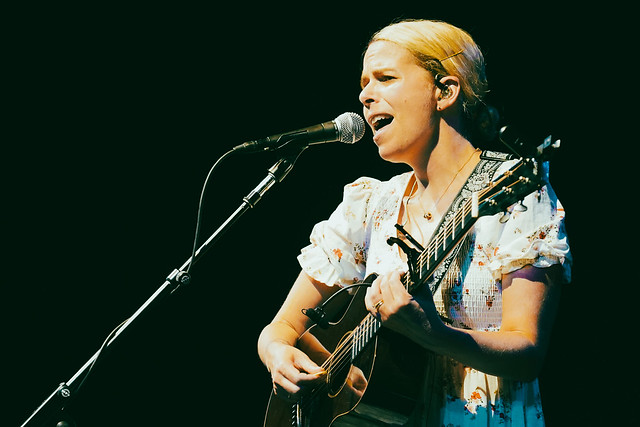 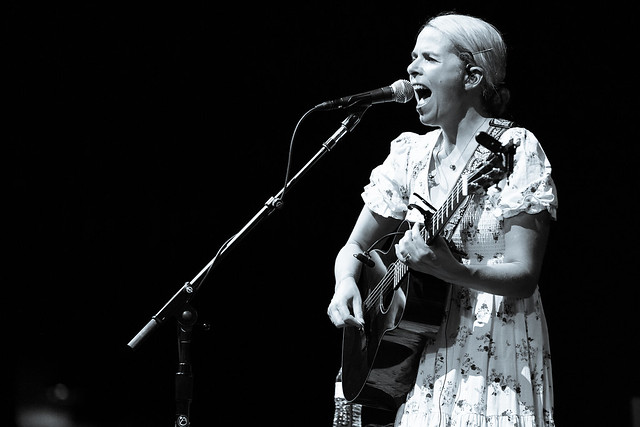 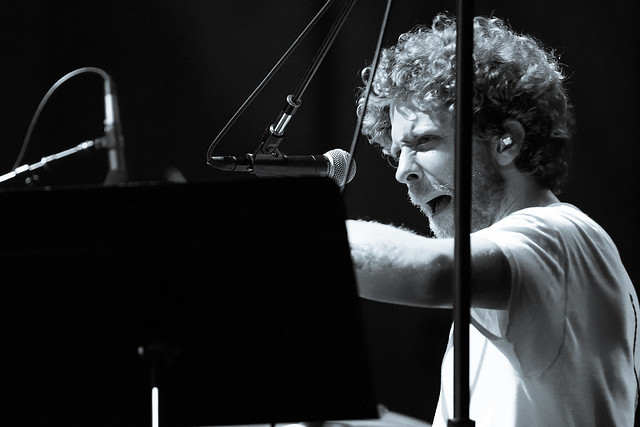 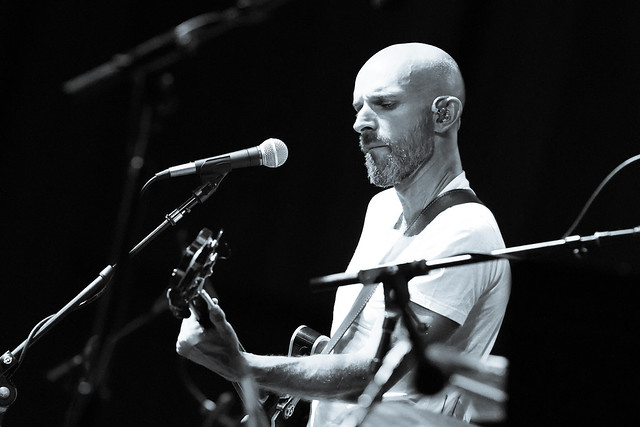 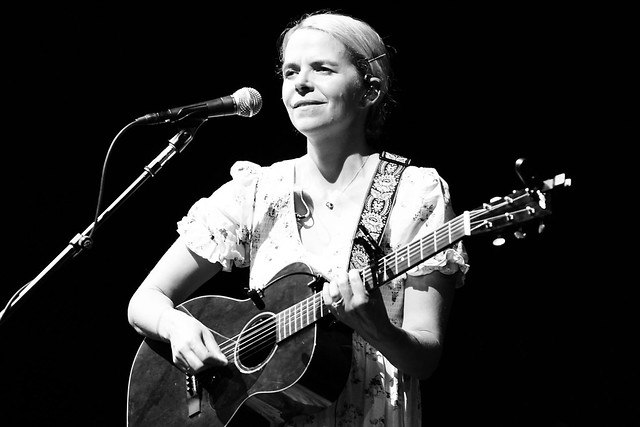