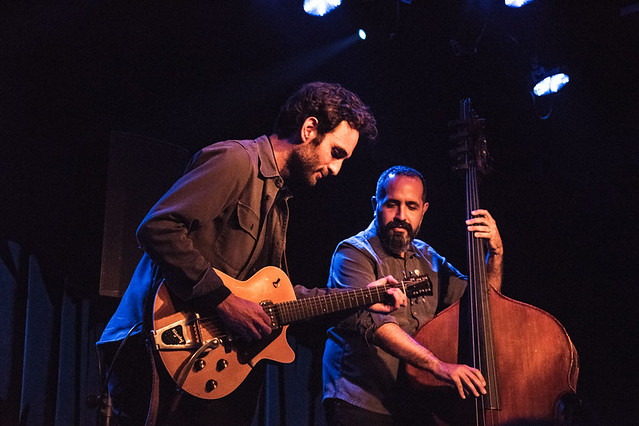 The evening threatened to be a major disappointment. Crawling along the beltway under ominous skies, dodging felled trees from the day’s earlier storms, a late arrival seemed inevitable. Pulling up to Jammin’ Java just before showtime, we were greeted by a gloomy, darkened venue — apparently the power had gone out! Although prospects for the show actually happening remained in doubt, we entered the venue with hopes checked.

Despite glum prospects, harried servers scurried about, attending to the chatty sold-out crowd, who nonetheless remained in high spirits.

Then, as if by divine intervention, the lights popped back on 10 minutes before showtime. And they stayed on. Friday the 13th turned out lucky after all and for the next two and a half hours we enjoyed expert, soothing, and truly mind-blowing guitar performances from opener Luke Brindley and headliner Julian Lage.

Touring in support of his new album, Squint (Blue Note), Julian was originally slated to appear with his trio (Jorge Roeder on bass, Dave King on drums). Julian announced that he and Roeder would perform as a duo instead as King had to leave the tour. Julian assured us there was no health scare involved but that sometimes, “shit happens.”

As things turned out though, experiencing these two masters of their instruments made for an exquisite and fascinating evening. First, I was struck by how much fun the pair was having; smiles rarely, if ever, left their faces. Second, the lack of drums allowed us, we (and the performers) to focus on, and appreciate more, the percussive qualities of stringed instruments. Roeder’s bass work provided a bottom end counterpoint to Lage’s impossibly high and lightning-fast lead guitar work. And third, their intricate interplay consisting of vocalizations, unexpected time changes, and an uncanny ability to control volume and tone only by the emphasis placed on attack.

A little quick history: Hailed as a child prodigy, by age 12 Lage had performed at the 2000 Grammy Awards and by 15 was a faculty member at the Stanford Jazz Workshop at Stanford University. Lage also studied at the most prestigious music schools in the country including the San Francisco Conservatory of Music, Sonoma State University, and the Ali Akbar College of Music, graduating from the Berklee College of Music in 2008. Lage’s 2009 debut album, Sounding Point (EmArcy Records), was nominated for the 2010 Grammy Award Best Contemporary Jazz Album. His influences range from jazz greats Pat Metheny, Bill Evans, and Jean “Django” Reinhardt; bluegrass players like Bela Fleck and Doc Watson; and rock/blues guitarists Stevie Ray Vaughn, John Lee Hooker, and Eric Clapton.

Jorge Roeder, originally from Peru, has worked with Lage since the latter’s debut album, receiving a 2010 Grammy nomination for Best Contemporary Jazz Album. Roeder recorded Squint with Lage and his familiarity with the material explains why this evening’s performance felt so fluid and easy.

Watch the official music video for “Squint” by Julian Lage on YouTube:

Friday night’s performance transported us to a sonic landscape as only Lage and Roeder could. From the opening notes of “Peru” to the evening’s closer we were swept up in their ability to play off each other, to anticipate changes, and to effortlessly give each other musical space to explore. Being a virtuoso is more than fast fingers and flashy riffs-its knowing one to step up, and step back, when to astound and when to explore musical subtleties. As I watched these two masters, I marveled at not just their subtle back-and-forth, but also at the wonder of how ears and fingers can produce such pleasing and lovely sounds.

Luke Brindley, a singer-songwriter hailing originally from the DMV but now located in northern New Jersey (he noted while chatting with the crowd to which somebody replied, appropriately and hilariously, “what exit?!”), opened the show with selections from his previous albums and a few beautifully rendered covers from Bruce Cockburn, Bonnie Raitt, and Bob Dylan. Brindley’s understated but expert playing (imagine Michael Hedges meets Bruce Cockburn) was a perfect introduction to an evening of guitar-based instrumental music.

Jammin’ Java’s staff, despite the trying circumstances, provided a perfect environment to experience the music. The masked (and vaxxed, at the artist’s request) audience kept a respectful, warm silence during the music but broke out in loud, well-deserved applause between songs. Julian’s easy-going personality, relaxed body language, and ever-present grin infected us all with the same joy he obviously felt.

Julian’s “Squint” tour continues through fall 2021 with a return performance on Dec. 8 at Union Stage. Buy your ticket online now!

Here are some photos of Julian Lage performing at Jammin’ Java on Aug. 13, 2021. All photos copyright and courtesy of Mark Caicedo. 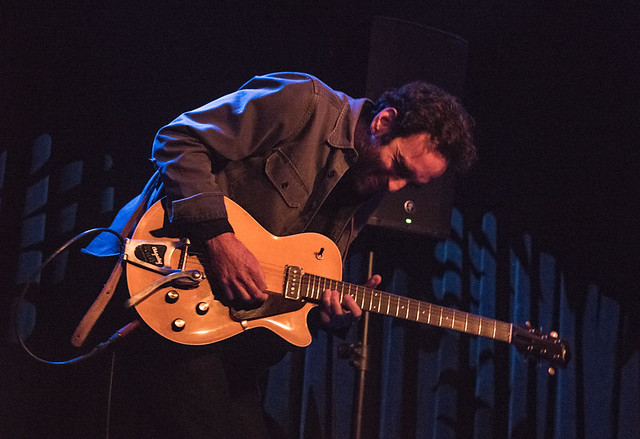 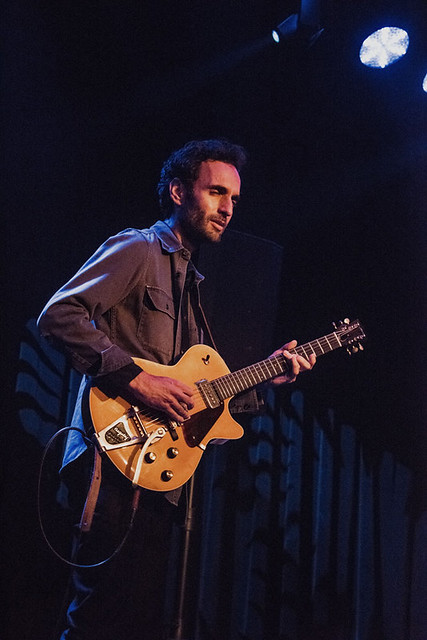 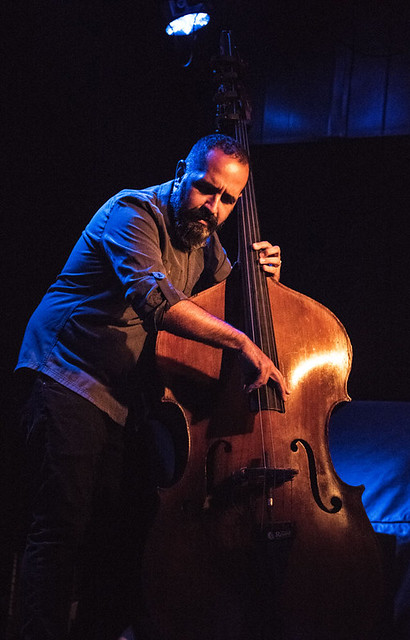 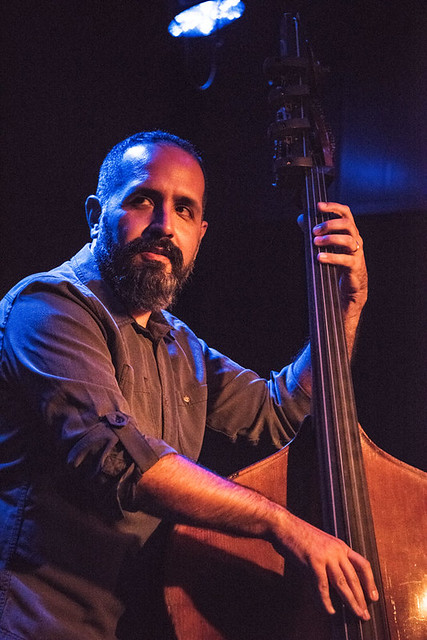 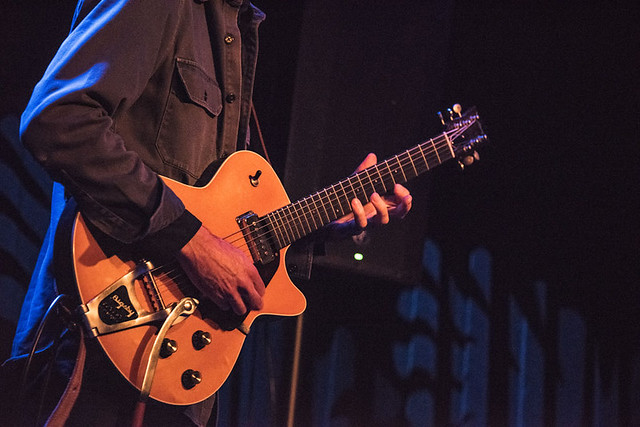 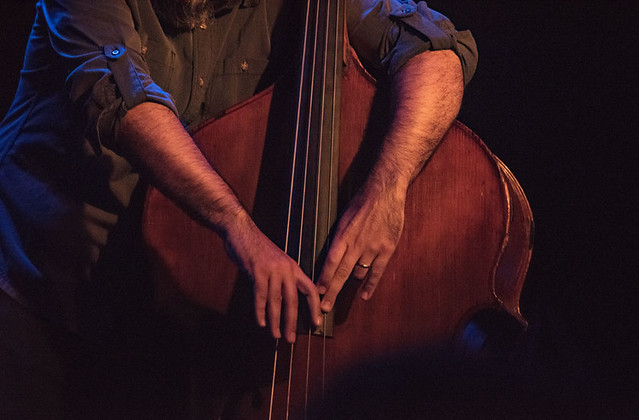 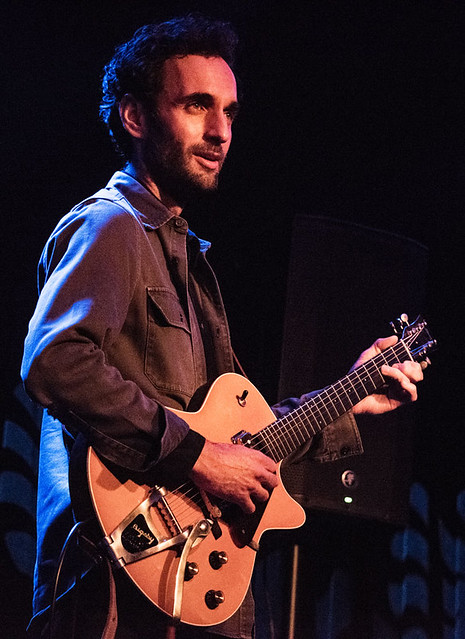 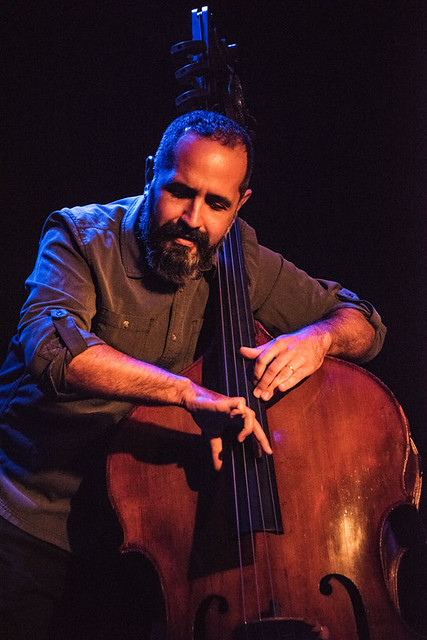 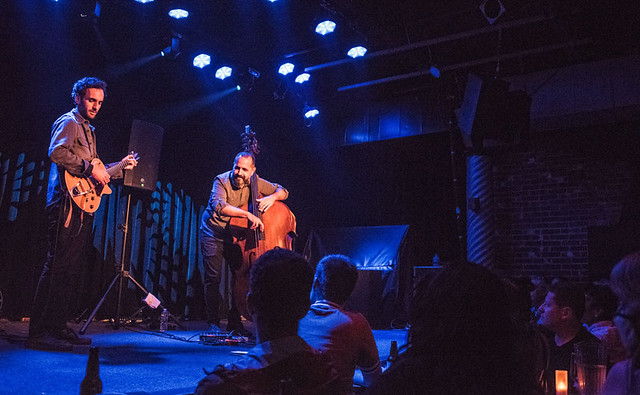 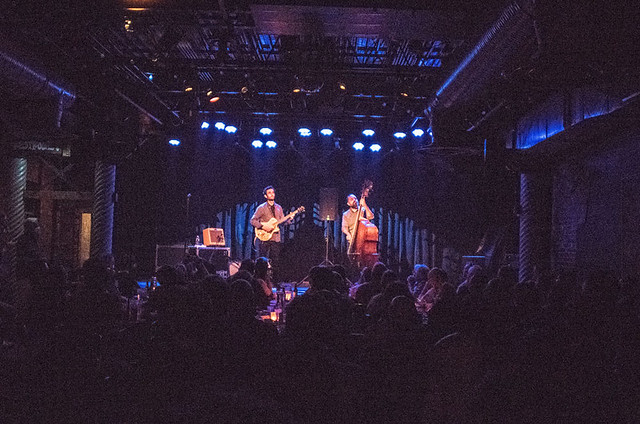 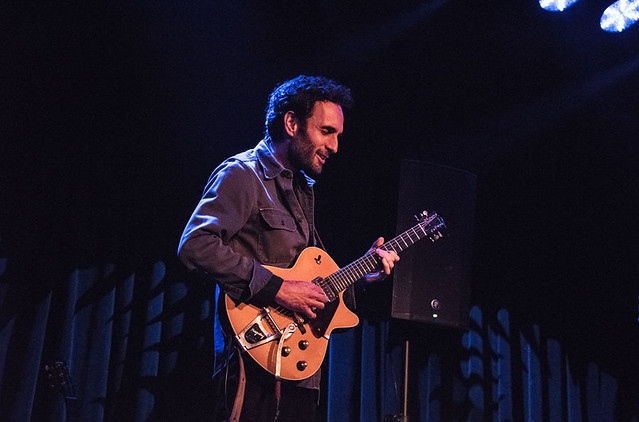 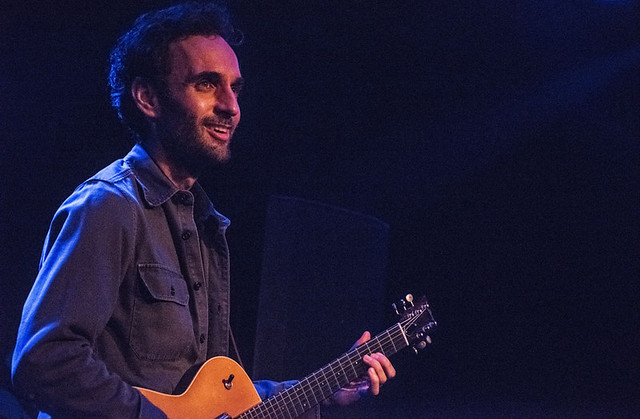 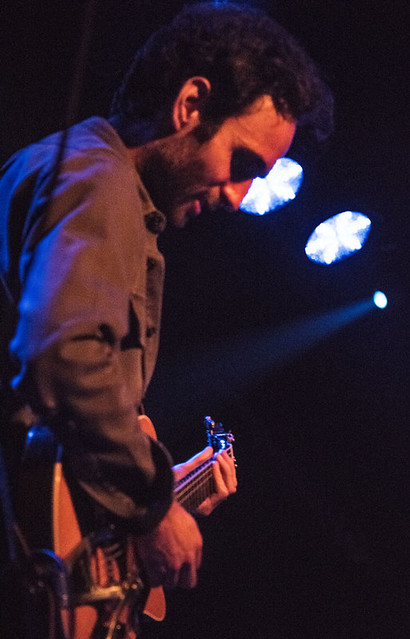 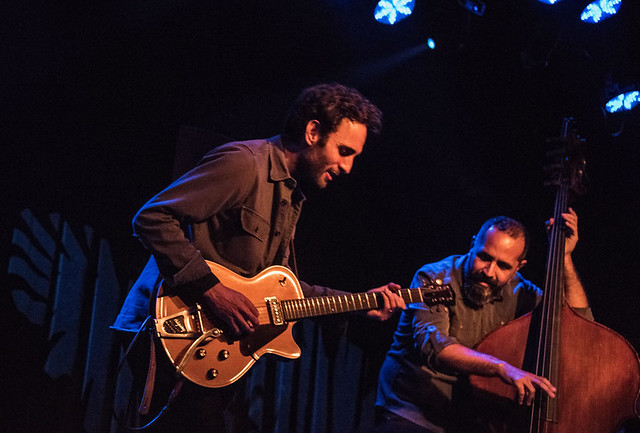 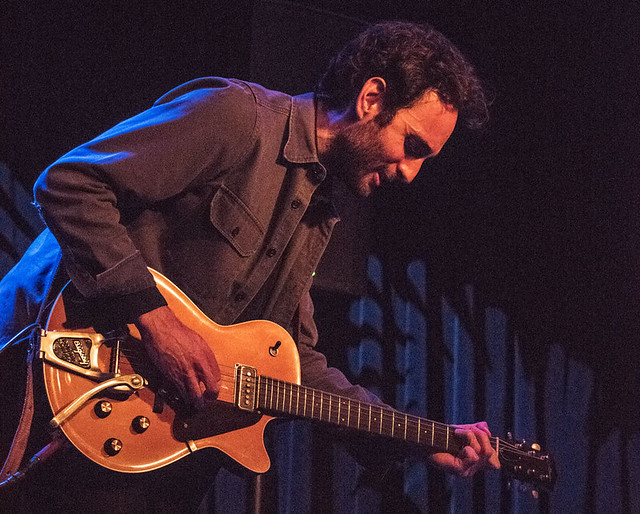 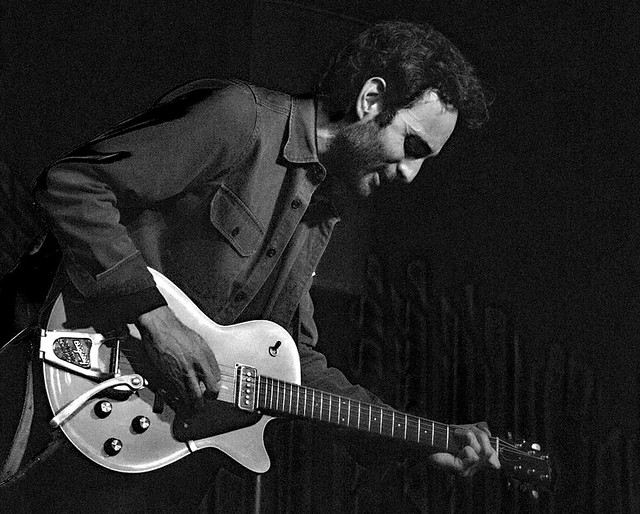 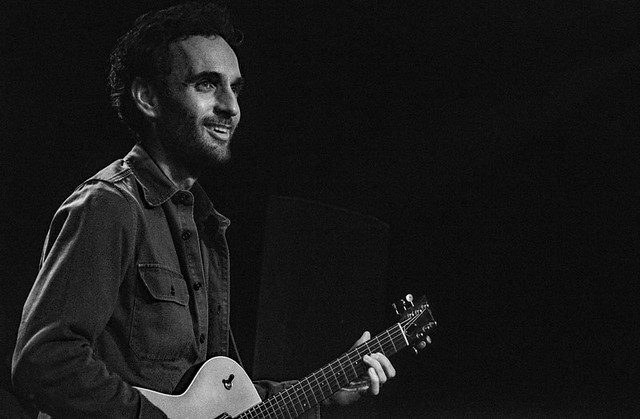 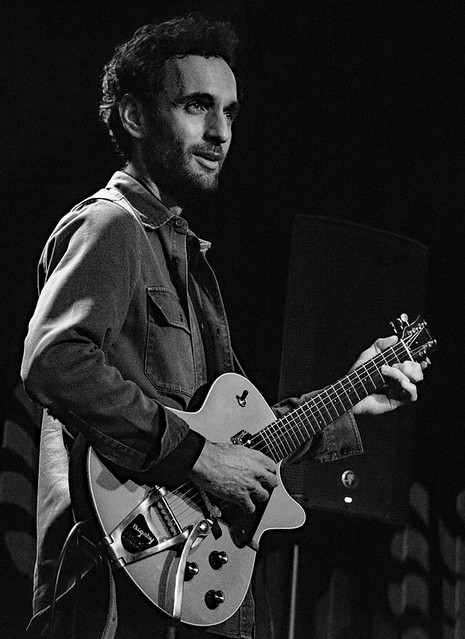 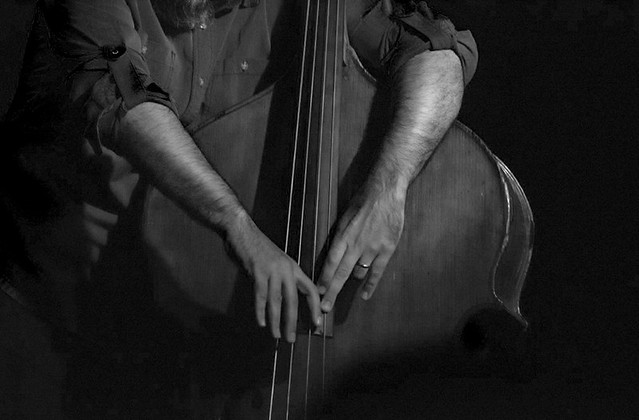 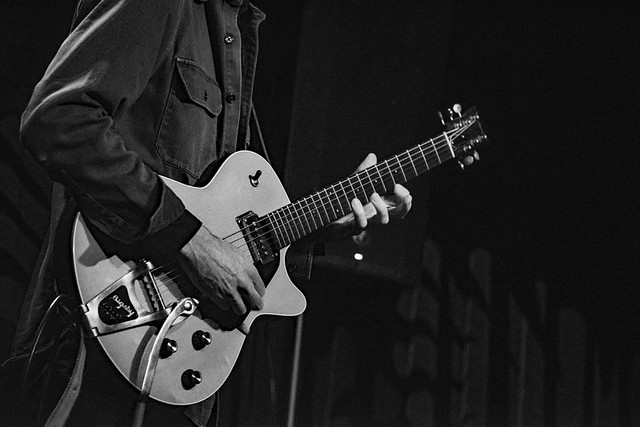 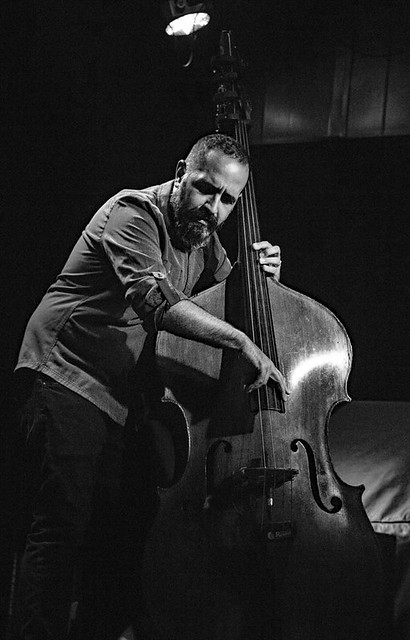