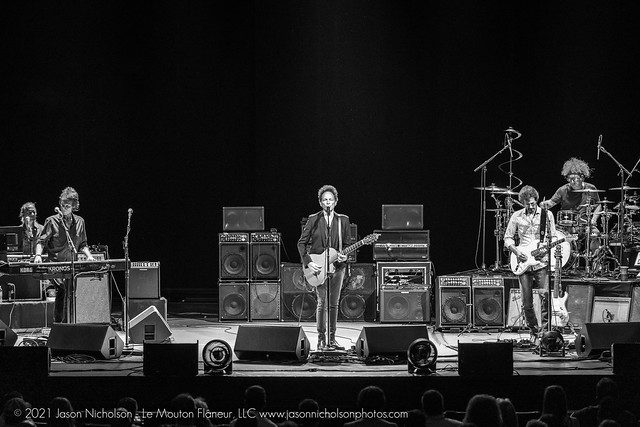 Lindsey Buckingham performs at the Warner Theatre on Sept. 14, 2021. (Photo by Jason Nicholson)

Lindsey Buckingham took to the stage at the historic Warner Theater in DC yesterday, with his four-piece band covering great ground with six songs from his expansive solo career works from four different albums: Under The Skin, Seeds We Sow, Out of the Cradle, and Go Insane.

On Sept. 14, Buckingham then took the stage alone to perform solo acoustic versions of several of his biggest song writing hits including his mega hit “Trouble” from his 1981 debut solo album Law and Order. The highlight of the acoustic set was his reinterpretation of one of his many songwriting hits with Fleetwood Mac, “Never Going Back Again.” He performed it with a blistering command of his nearly recovered voice complemented with talented guitar work in a beautiful almost Waltz like tempo to rousing applause at the end.

One of the key motivations besides getting back out on the road to tour is the support of the release this week of his 7th solo album and first since Seeds We Sow in 10 years, a self-titled album simply called Lindsey Buckingham. (He released an album with fellow Fleetwood Mac bandmate Christine McVie in 2017). Lindsey shared he had most of the self-titled album ready a few years ago and was getting ready to release it and tour when he was upended with emergency open heart surgery in 2019 causing damage to his vocal cords.

Then just as he was recovering, the pandemic hit bringing a virtual stop to touring, concerts and as we all know, a mostly unwanted new normal for the entire world for over the past year and a half. He then performed with passion four up-tempo songs from his new album — “Scream,” “I Don’t Mind,” “On the Wrong Side,” and “Swan Song.”

Stream the “Scream” single by Lindsey Buckingham on Spotify:

The next portion of the evening featured four of Buckingham’s mega hits he wrote when he was a member of Fleetwood Mac including: “Second Hand News,” “Tusk,” “I’m So Afraid,” and “Go Your Own Way.” The audience were happy to indulge him with breaking out and dancing in the aisles and screaming out along with Buckingham “Tusk” and singing impassionedly to “Go Your Own Way!”

Lindsey was jovial and upbeat during the entire show — even poking fun at himself appropriately regarding Washington and its rich heritage in politics and having to sort his own personal politics (a wink at the relationship with fellow band members of Fleetwood Mac). He brought on great laughter among the audience, joking tongue in cheek when introducing his drummer that he’s played with a few great drummers in the past (a tip of the hat to Mick Fleetwood) but his current is the best. Buckingham was extremely gracious and humbled the entire evening, as he soaked up and acknowledged the appreciation of his audience.

Buckingham closed with an Encore of two songs “Love Is Here to Stay” from his 2017 album with Christine McVie and closed out with “Time,” a cover of Pozo-Seco Singers performed on his new solo album. In introducing it, he commented how it has taken on a visceral meaning “Sunset I laugh, sunrise I cry/ At midnight I’m in between and wondering why./ Time, Oh time where did you go?/ Time oh good time, where did you go?”

Given the strength of his latest album, his trademark golden voice and gifted guitar work, we hope there are many more sunsets and sunrises to come for Buckingham and all of us.

Here are some photos of Lindsey Buckingham performing at the Warner Theatre on Sept. 14, 2021. All photos copyright and courtesy of Jason Nicholson. 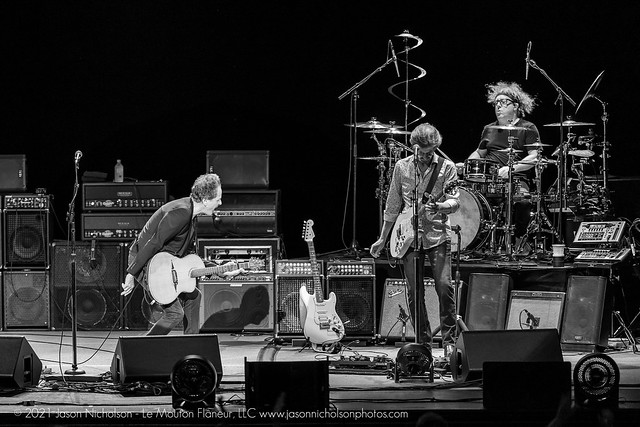 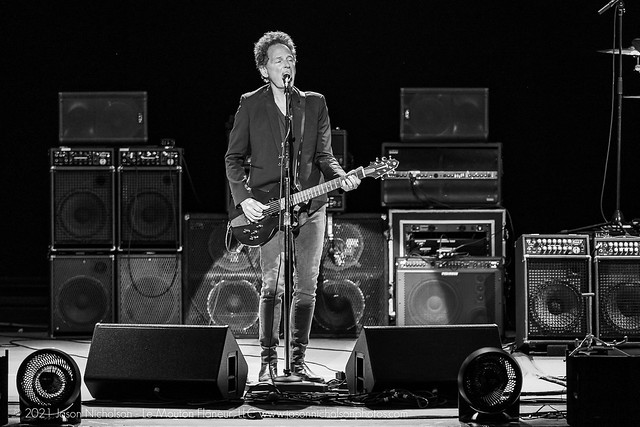 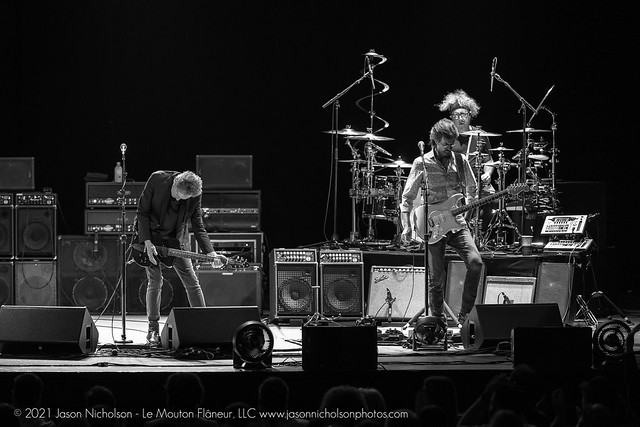 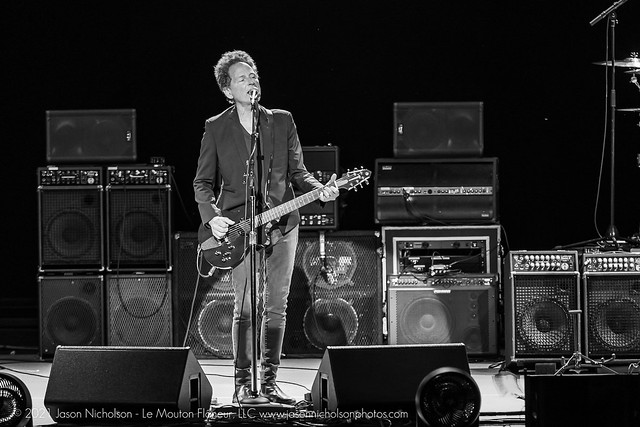 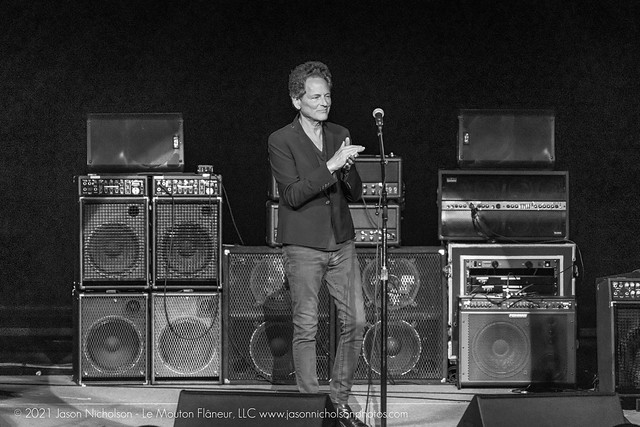 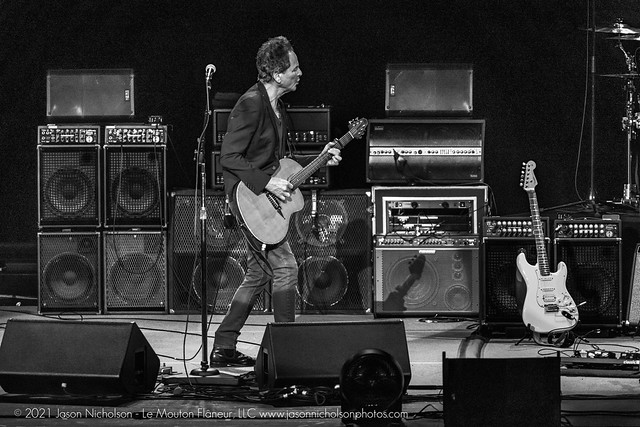 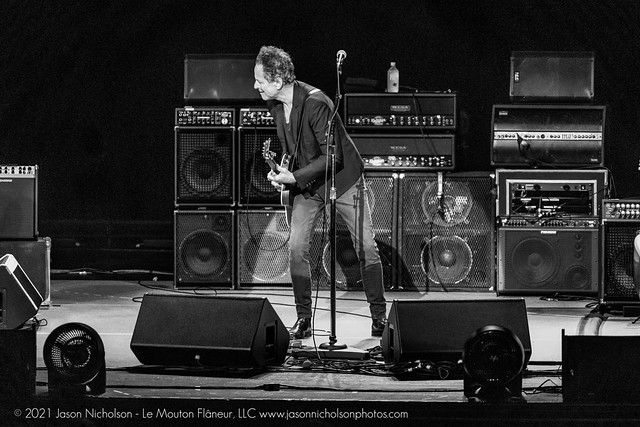 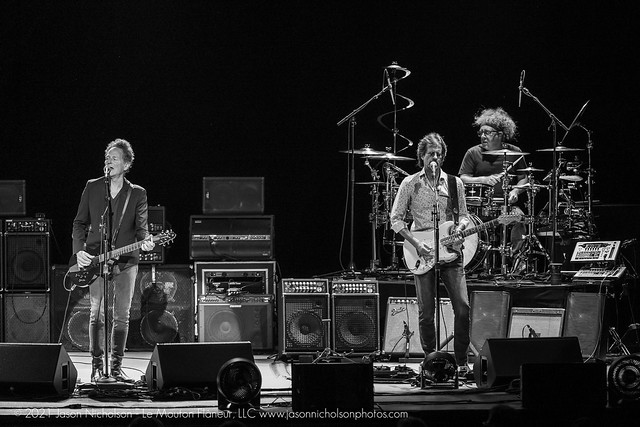 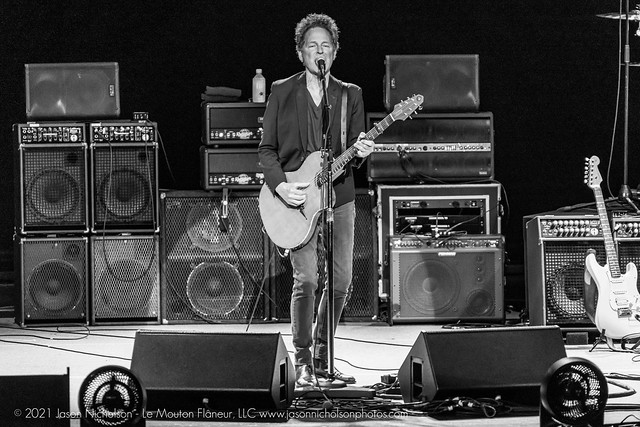 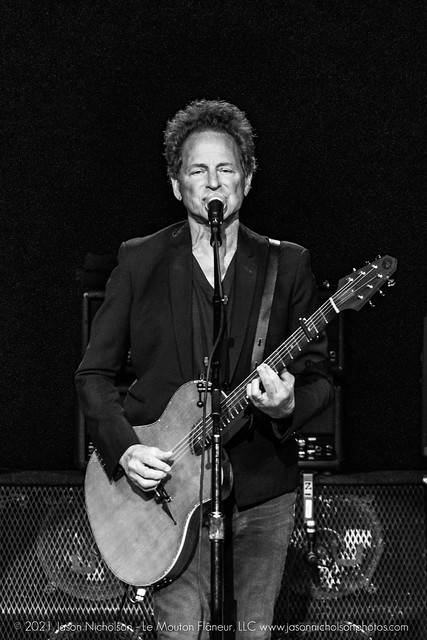 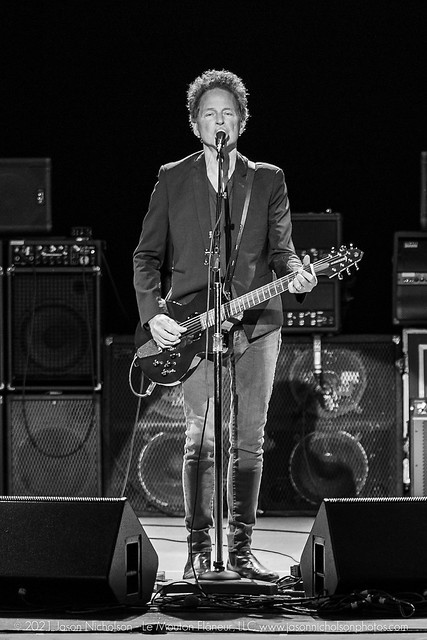 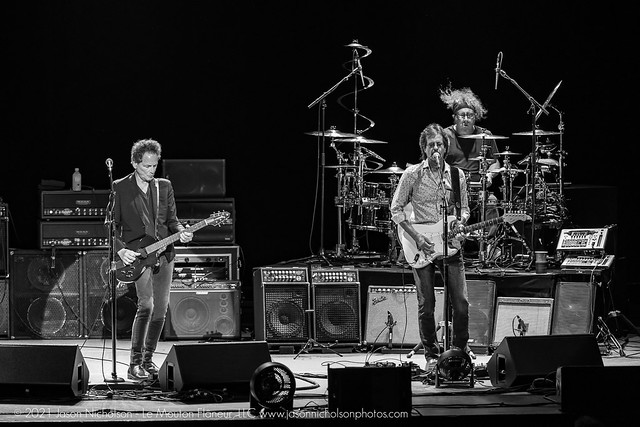