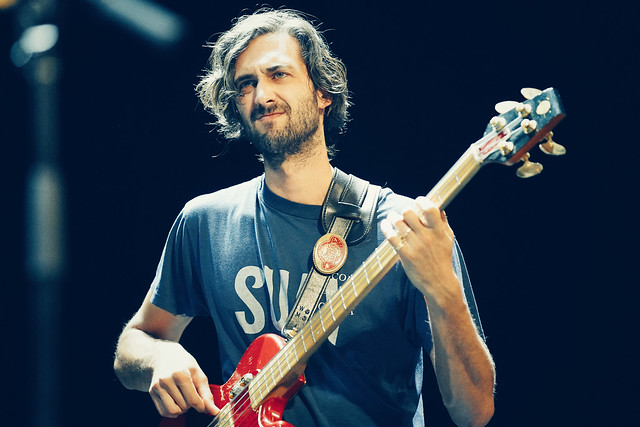 When she opened for Dawes at the Warner Theatre recently, singer-songwriter Erin Rae complimented the venue’s beauty. She’s absolutely right: it’s a gorgeous place, beautifully restored, one of the most attractive in the area. And while you might expect an event in such a elegant room to be a bit staid, this show was anything but: led by frontman Taylor Goldsmith, Dawes play jammed-out versions of both their most popular songs and deep cuts, and they got the crowd involved throughout their performance.

Initially calling themselves Simon Dawes, the band formed in the Los Angeles suburb of North Hills. In addition to guitarist/lead vocalist/songwriter Taylor, his brother Griffin plays drums, and Wylie Gelber plays bass. Keyboardist Lee Pardini became a permanent member in 2016, and Trevor Menear joins them on tour on guitar, splitting lead duties with Taylor. Since their first album, North Hills, released in 2010, they’ve released several successful albums, and they’ve scored several top ten Adult Alternative songs, including “Things Happen,” “When The Tequila Runs Out,” and last year’s “Who Do You Think You’re Talking To?”

On his podcast, Walking the Floor, Chris Shifflett of the Foo Fighters once commented that Americana is becoming a home for all the guitar-based acts. By that description, Dawes certainly fits in the Americana tent, one they are frequently placed in. I wouldn’t say that there’s much country in their own songs (though they did serve as a backing band for Outlaw legend Kris Kristofferson) — but they are most definitely a guitar-driven outfit. You can hear the strains of California’s Laurel Canyon folk-rock sound in what they do, but there’s so much more. Taylor’s songwriting, especially on their latest album, last year’s Good Luck With Whatever, is at times reminiscent of Warren Zevon, by turns hilarious and heartbreaking. (In 2015, they appeared on Letterman and played tribute to Zevon with a cover of “Desperados Under the Eaves.”) At their shows, the influence of the Grateful Dead is evident in their fondness for jamming, though their sound is very different.

Stream Good Luck With Whatever by Dawes on Spotify:

At the Warner Theatre on Sept. 15, the band’s range was evident in the songs they played from Good Luck With Whatever.  To open the set, Taylor come out alone and began playing the driving ’70s vintage power-pop gem, “Who Do You Think You’re Talking To?” with the band joining him mid-song. During his solo acoustic portion of the evening, Taylor, by request, shared the Tom Petty-inspired “Between the Zero and the One.” When he heard it called for, he replied, “I appreciate the deep cut acknowledgement.” “Didn’t Fix Me” showcased the band’s appreciation for 80s adult contemporary sounds. “Me Especially” is one of Taylor’s occasional co-writes, this one with My Morning Jacket frontman Jim James.

Many of the songs on the new album, like “Still Feel Like a Kid,” are about getting older. Taylor sings about getting married — he wed pop star Mandy Moore — and of the plethora of new responsibilities than come with being an adult, a husband, and a father. The song really showcases his knack for cutting to sentiments that, if not always completely universal, are so common that they come pretty close. As I’m writing this blog, I find myself recalling asking my mother when she started to feel like an adult. Now in her 70s, she still hasn’t; I suspect that a great many of us never lose the feeling that we are out of a depth in a sea of ever increasing roles and responsibilities that threaten to drown us.

The anxiety and ennui of the album was reflected in a moment during the show. Taylor half-heard something from the crowd, and he said, “I have a negative bias.” When he only hears part of something, he said, “I just assume the worst.” He confessed to being a little freaked by that.

When he performed his acoustic mini-set, Taylor paused for a moment to address the crowd. Though he never uttered the word “Covid,” it was clear that he was talking about. Like many performers who are trying to responsibly handle the situation in a way that allows them to perform (and, thus, to earn an income) without recklessly endangering their fans, he’s faced some anger from those who don’t believe that health and safety precautions are necessary or justified. “I don’t even mind that people have opinions I totally disagree with,” he said, but the amount of vitriol and anger that people are expressing has, he admitted, been dispiriting. He added that he feels that a lot of people are most interested in shouting than in engaging in a real discussion. (As a frequent user of Twitter, this is a dead-on description.)

In addition to their new material, Dawes played a selection of deep cuts alongside some of their most popular material. “Somewhere Along the Way” is one of their most beautiful songs, a piece of concise short fiction to set a lovely melody. “How Far We Come,” which featured Griffin’s vocals, is a song about love, and about how love develops over time. The set also included “My Girl To Me,” “Something In Common,” “Roll With The Punches,” “If I Wanted Someone,” and ended with “Things Happen” leading into a brief coda from “All Your Favorite Bands,” the title cut from their 2015 album. They also threw in a song that hasn’t been recorded yet, “Someone Else’s Cafe.”

For most of their performance — except for Taylor’s acoustic mini-set — the band was on their feet, just rowdy enough to make it feel like a true rock concert, while, thankfully, staying within the boundaries of respectful behavior. Taylor encouraged them, hold out the mic for the crowd to sing a chorus at one point.

Nashville native Erin Rae’s spare Americana sound draws inspiration from sources like Wilco and Richard Hawley. She recorded her first album, Putting On Airs, for a “small but mighty” independent label, Florence, Alabama-based Singe Lock Records, which is headed by Grammy winner John Paul White. Erin opened with the title cut. “Bad Mind,” she explained, is “about growing up in the South, figuring out who you are, and learning to be okay with it.” “The Real Thing” is loosely inspired by an interview with actor/comedian Billy Crystal, while “Can’t Cut Loose” is about exactly what the title says.

Erin has recorded her second album, and it’s scheduled for release this coming February. She previewed a number of those songs for the audience, including “Can’t See Stars,” “Lighten Up,” and “True Love’s Face.” That last one, she said, is about “opening yourself up to life and love.” She cowrote “Playing Old Games” with Pete Linberg of the band Station Wagon, which she described as “the tallest band in the world,” with four members over 6’5″. She’s already at work on more new songs, and she shared one that hasn’t been recorded yet, “Better By Now.”

The contrast between Erin and Dawes, between her stripped-down performance and Dawes’s full, roaring sound, really added an element to the show. That both are often called “Americana” testifies to how broad the term has become (some would even question if it is, or ever was, meaningful). And though they were very different, in their commitment to crafting robust lyrics and strong melodies, there was definitely a common thread.

Here are some photos of Dawes and opener Erin Rae performing at the Warner Theatre on Sept. 15, 2021. All photos copyright and courtesy of Casey Vock. 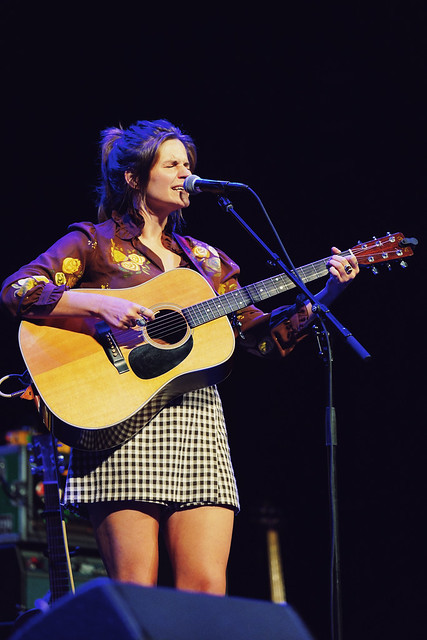 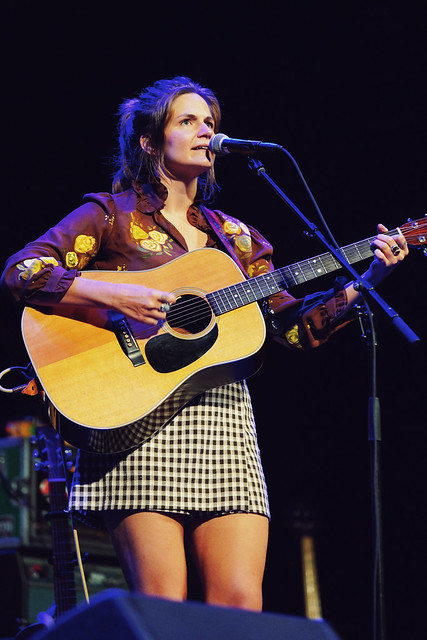 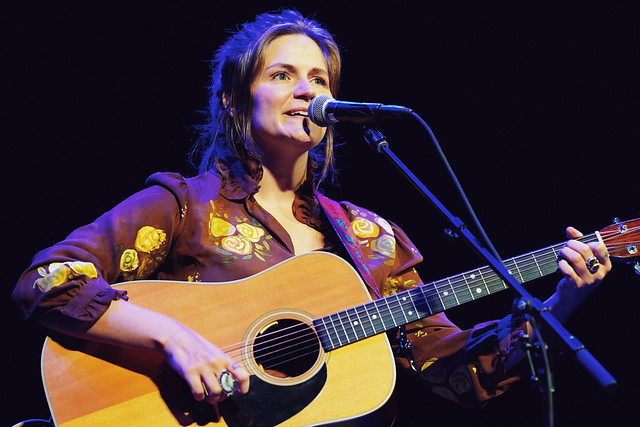 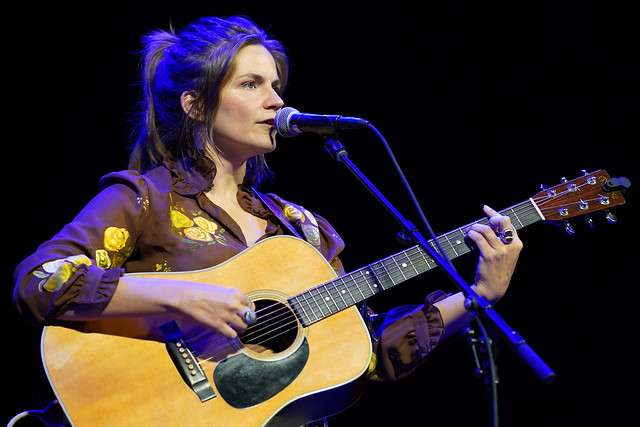 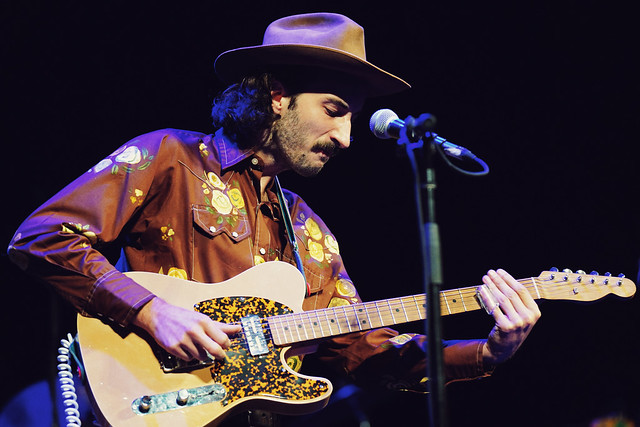 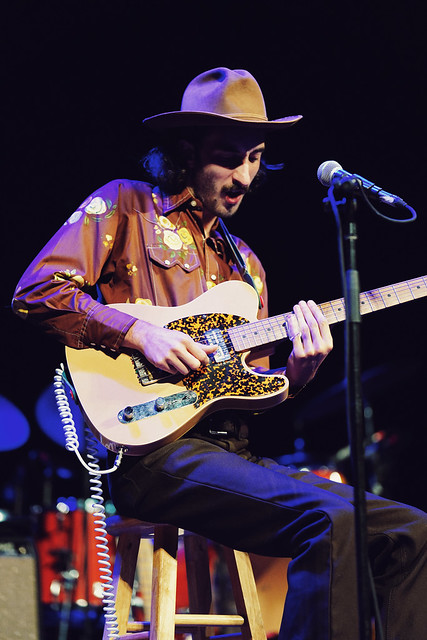 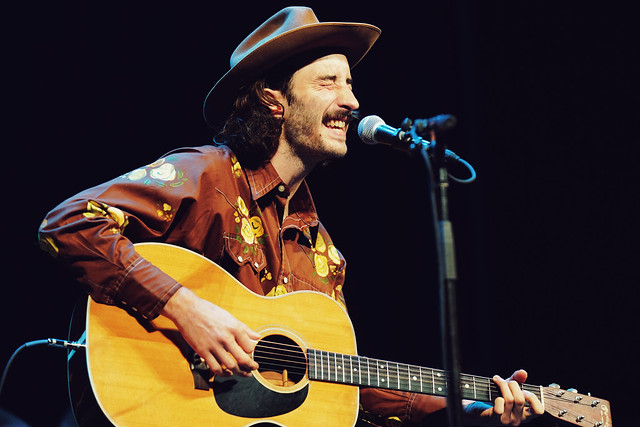 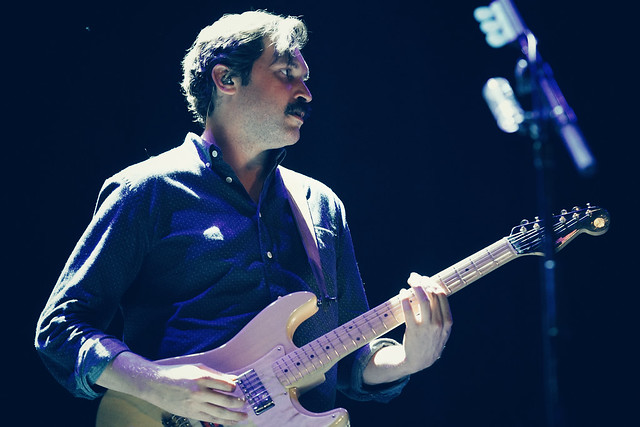 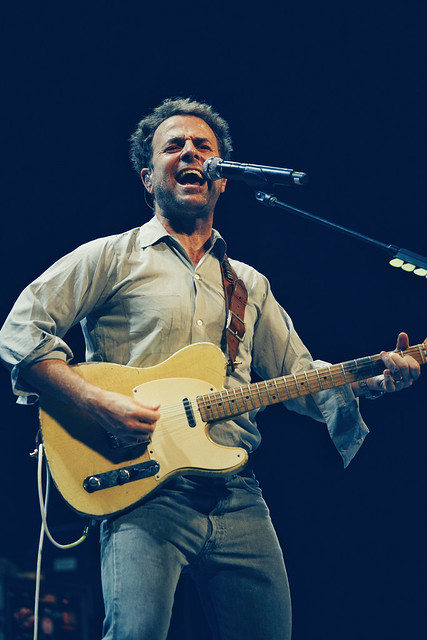 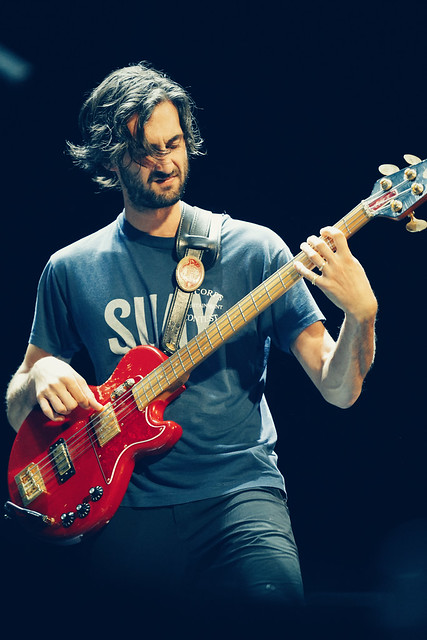 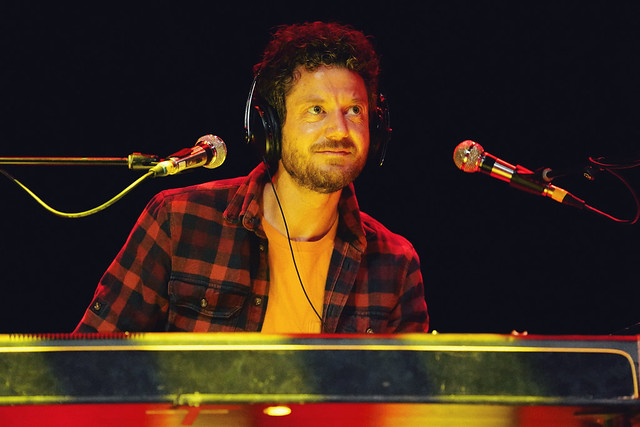 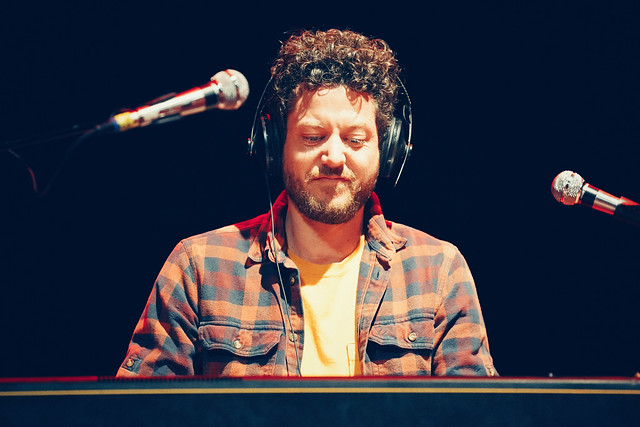 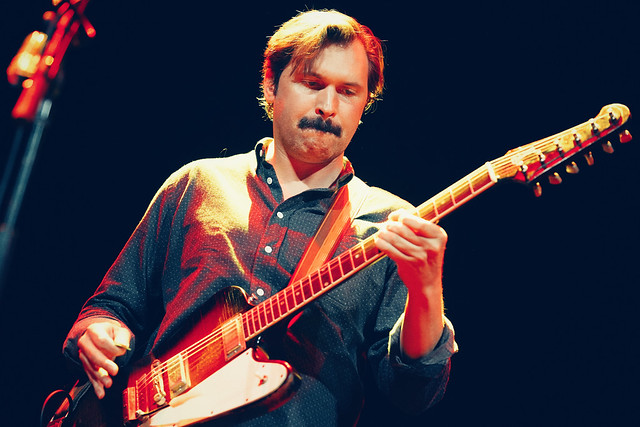 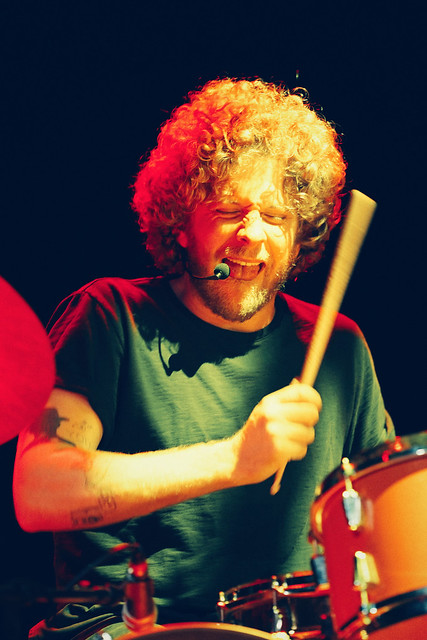 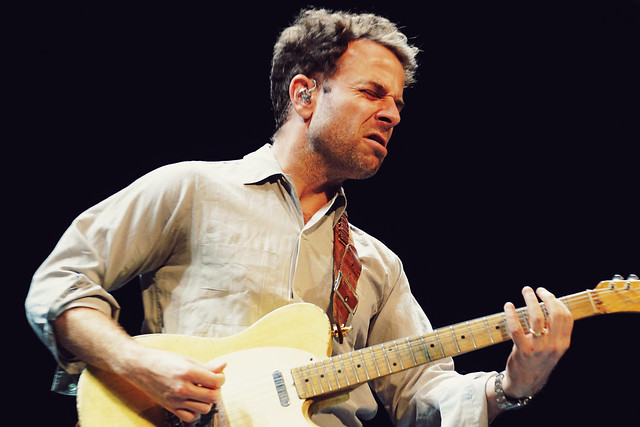 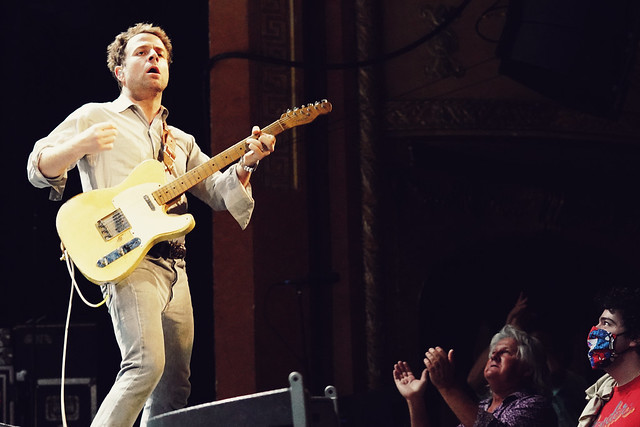 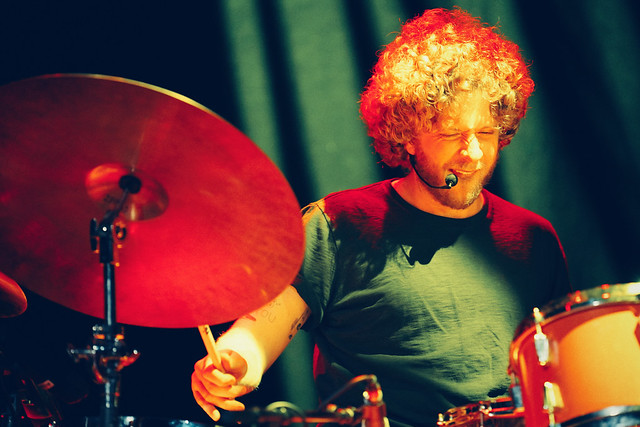 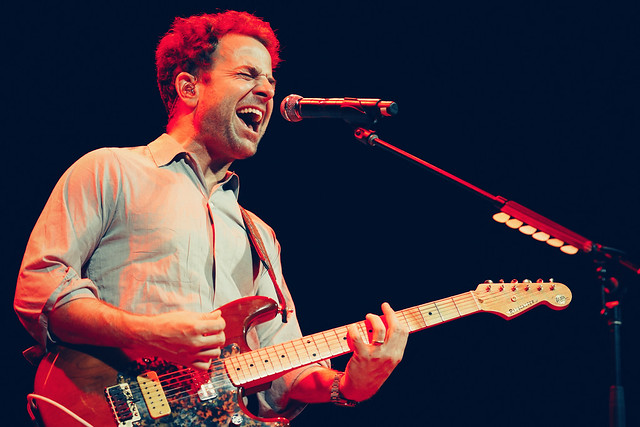 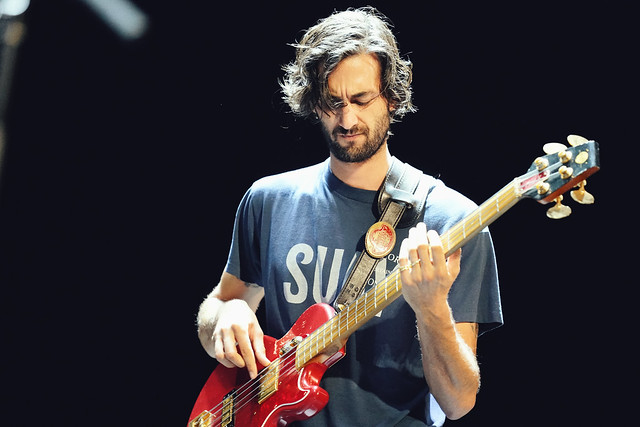 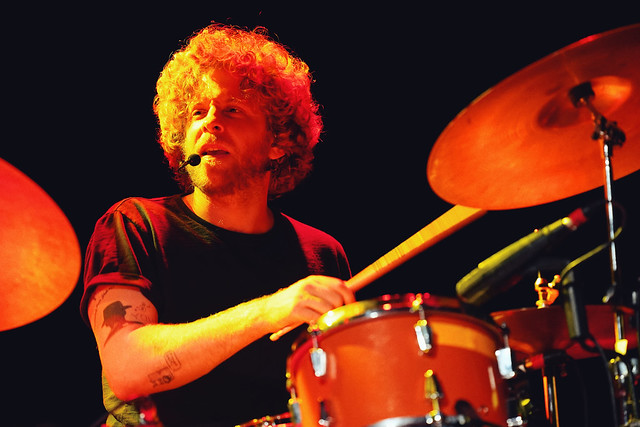 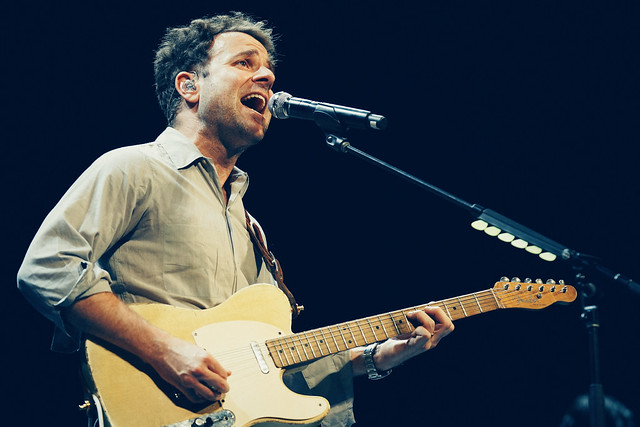 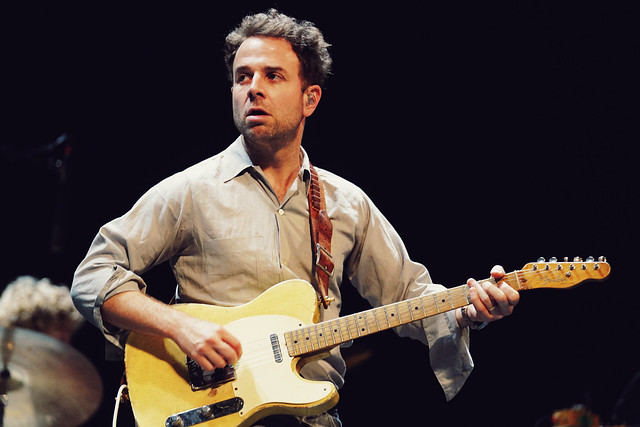 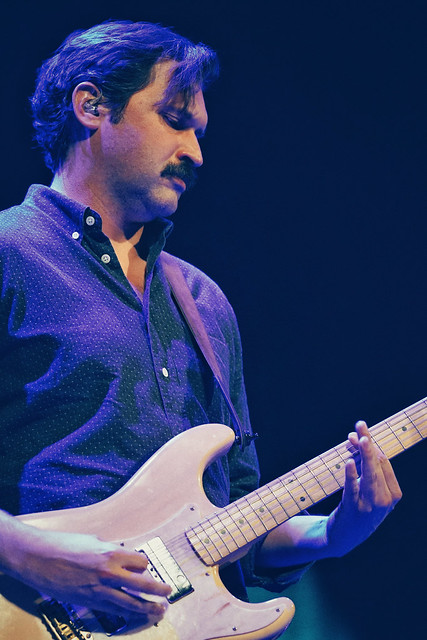 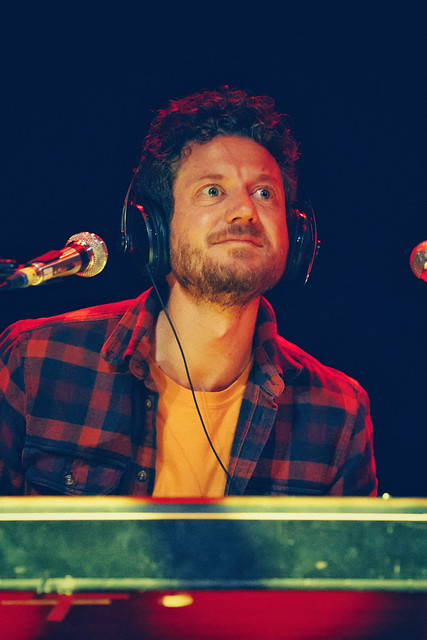