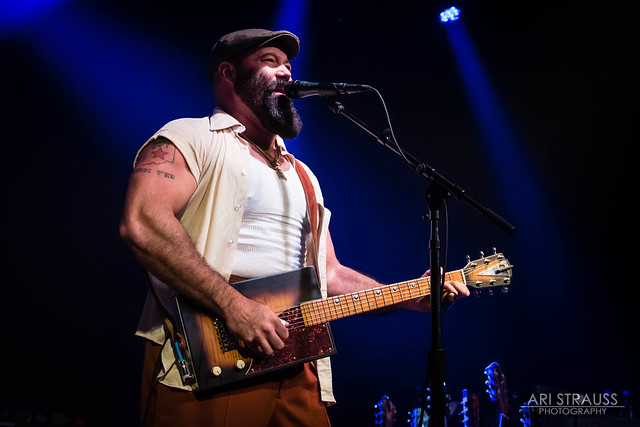 The Reverend Peyton fronts his Big Damn Band at The Hamilton Live on Nov. 17, 2021. (Photo by Ari Strauss)

Reverend Peyton’s Big Damn Band recently played The Hamilton in DC, and the church of the electric country blues was in session. This was gritty, authentic music with, as the good Reverend declared, “human hands playing real instruments.” It was American roots music at its finest, steeped in traditions brought forward with a modern sensibility, performed with skill and passion.

Before the Big Damn Band took the stage on Nov. 17, there was an opening set by Atlanta-based blues band Eddie 9V, which included originals like “New Orleans” and “She’s Got Some Money,” along with covers of Howlin’ Wolf and Al Green’s “Honey, I’m A Drivin’ Wheel.”

A native of Indiana, the Rev draws on influences like Charley Patton, who he declared “the most important figure in American music.” Peyton spoke at length about the foundational bluesman, who grew up on a plantation “with no road.” Patton’s guitar work, he said, influenced a whole slew of artists: bluesmen like Robert Johnson and Son House, rock bands like the Rolling Stones, and even folk musicians like Doc Watson. Peyton attributes his skill on the slide guitar to learning from the records made by Patton, who died in 1934, “before Robert Johnson” ever recorded. In 2010, the Reverend release a record of covers of his songs. On Wednesday evening, he played “Banty Rooster” on a custom-made brass resonator guitar.

Reverend Peyton is just as attached to the contemporary blues world. Introducing “Ways and Means,” he mentioned how the band had just finished a month touring with a “promising band from Texas:” ZZ Top. On that tour, he got to hang out with guitar wizard Billy Gibbons, who asked him on evening if he was going to play “that one song.” Billy told the Reverend “it’s a good song,” which the Reverend described as “the coolest thing anyone’s ever said to me.”

Watch the official music video for “Ways and Means” by The Reverend Peyton’s Big Damn Band on YouTube:

In addition to the Reverend, The Big Damn Band also includes his wife, Breezy, on washboard, and Ben “Birddog” Russell on drums. Colorfully, Peyton introduced, “on the bass, my thumb.” They opened the evening’s set with “My Old Man Boogie,” after which the Reverend addressed the crowd, saying they’d been through some things since their last visit to DC, back in 2019. After they were sent home from touring in March 2020, Breezy got sick with Covid, and had to be hospitalized. When she was sent home to recover, the doctor told he’d “never before sent anyone home who was  as sick as Breezy.”

During the pandemic, they also made a new album, the critically lauded Dance Songs for Hard Times. They played several songs from the record, beginning with “Rattle King.” After “Pot Roast and Kisses,” the Reverend noted, “I’ve created a crazy set list for tonight.” The set list, he explained, contained “some songs we haven’t played in a decade, and some new songs that hadn’t seen much live play. “Nothing Is Easy But You and Me,” he said, “is a new song, barely played.”

“Too Cool to Dance,” another cut from the ne album, was written “on one of the worst days of my life.” This was when Breezy had been sent home to recover from Covid. In addition, he said, the power had been out for a few days; living in a rural area, the power can go out with “a light breeze.” When he played the song for Breezy, she told him, “I think that’s the best song you’ve ever made up.” At the time, she pointed out, she had a high fever and “was delirious.” The song, the Reverend explained, has the simple message that one should never feel like they are too cool to dance, and, he added, he’s been “telling people how I really feel.”

“Spotify likes to feed me my own music,” he said. Introducing “Aberdeen,” one of his older songs, he told the audience they could “thank the Spotify algorithm for putting it in my head. After “Aberdeen,” the band played the title cut of its previous album, “Poor Until Payday.” Like a lot of songs in his catalog, this one tackles the economic hardships faced by the working class in America. Under the Big Damn Band’s surface as a good-times blues party band, the Reverend’s lyrics are often quite political. That good time party atmosphere is exactly what was going on in the next song, “Clap Your Hands.”

After “Clap Your Hands,” the Reverend played a solo mini-set, beginning with “No Tellin’ When,” before the discussing and covering of Charley Patton. The band rejoined him for “Come Down Angels,”  which “sounds happy, but is actually lonesome.” The Reverend further described it as “maybe the saddest song on the record,.”

The main set closed with the hilarious, “Cousin’s on Cops,” a send-up of the original reality TV show. Reverend Peyton said that he didn’t play this song for about 10 years, because he was irritated by all the requests for it. For their encore, the Big Damn Band performed a rousing cover of the traditional hymn “Glory Glory.”

This was, quite simply an awesome show. Reverend Peyton’s Big Damn Band always manage to bring the party while playing substantive music that honors its roots. I might just have to listen to some Charley Patton now!

Here are some pictures of The Reverend Peyton’s Big Damn Band performing at The Hamilton Live on Nov. 17, 2021. All photo copyright and courtesy of Ari Strauss. 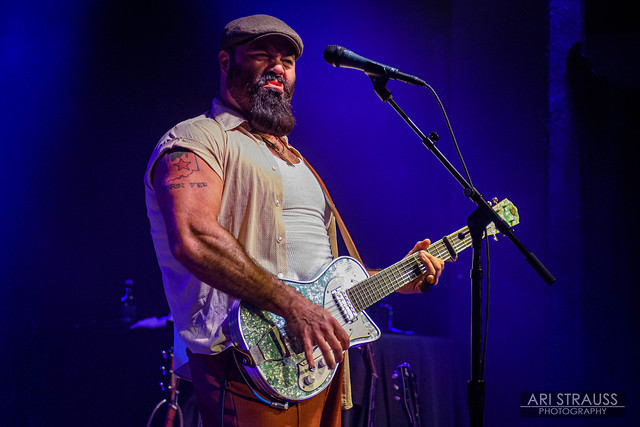 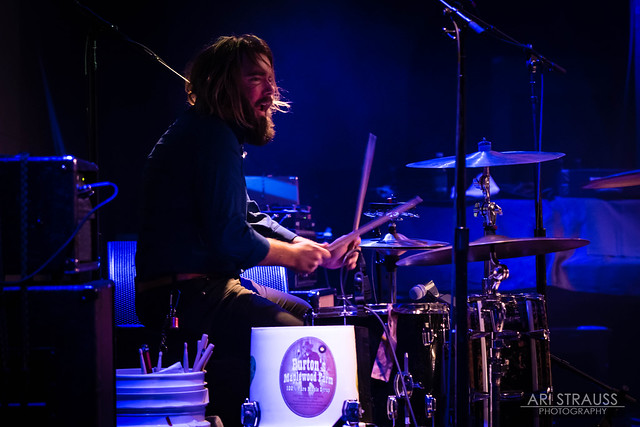 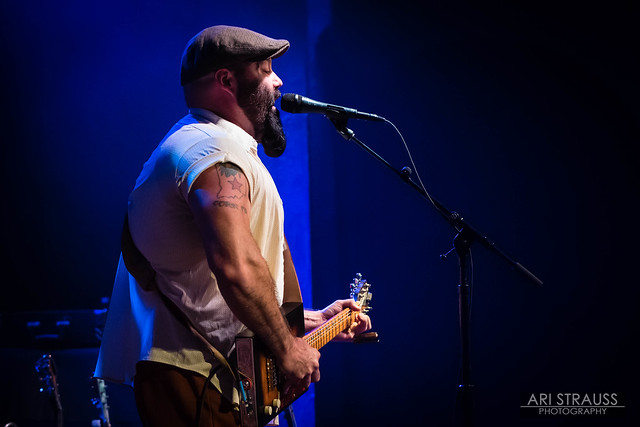 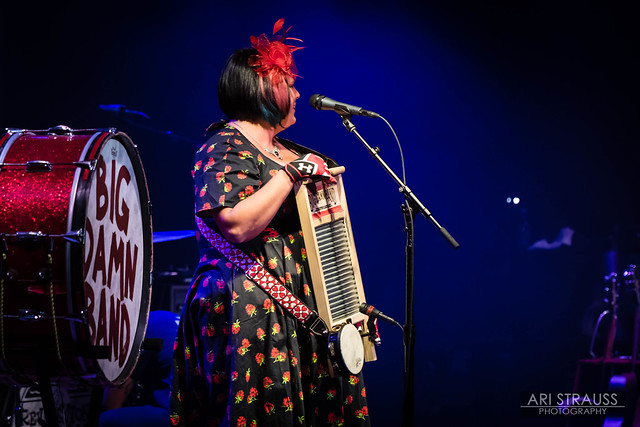 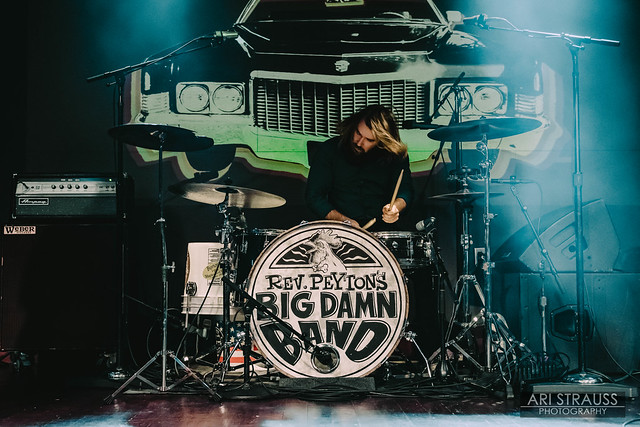 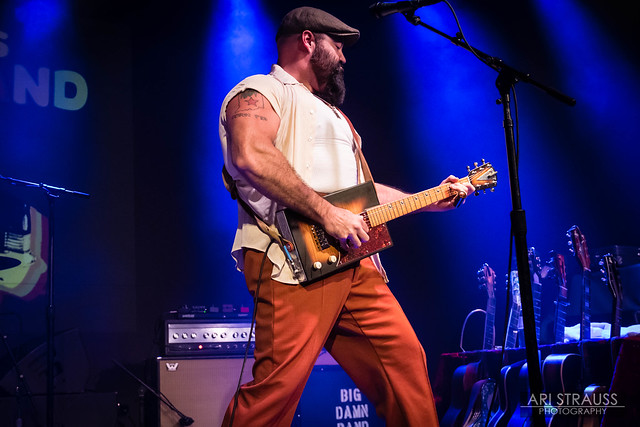 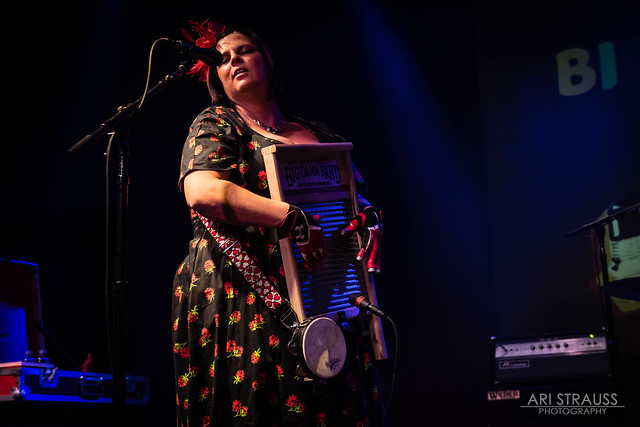 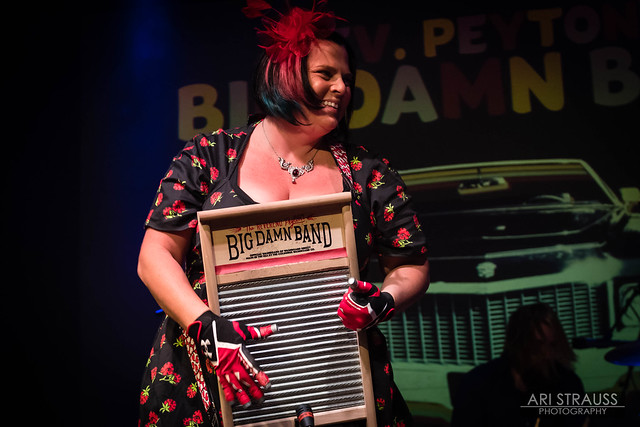 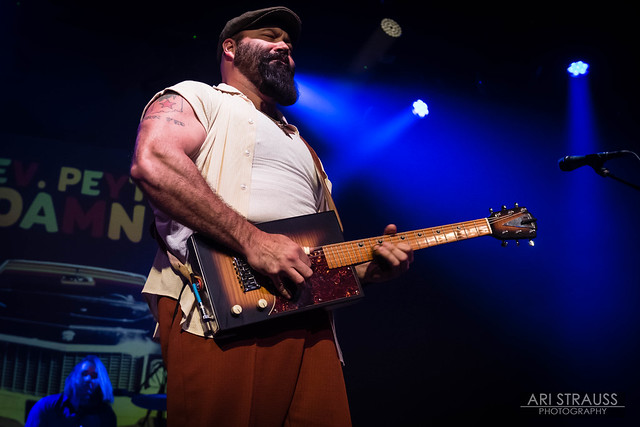 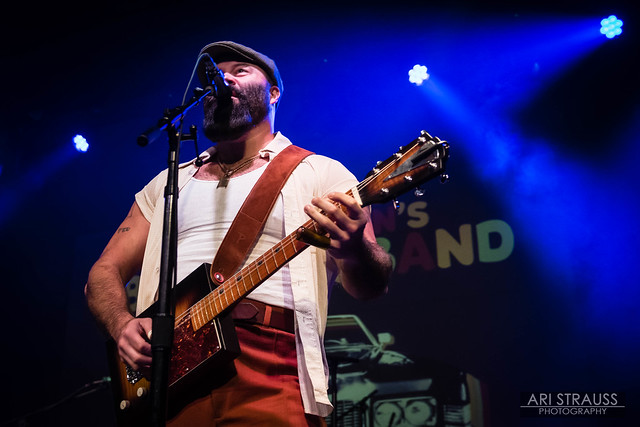 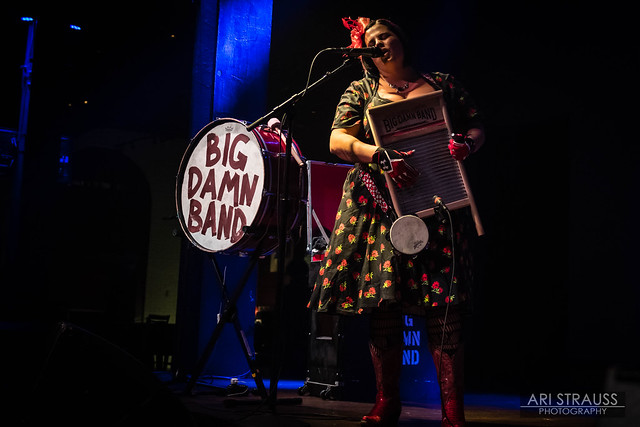 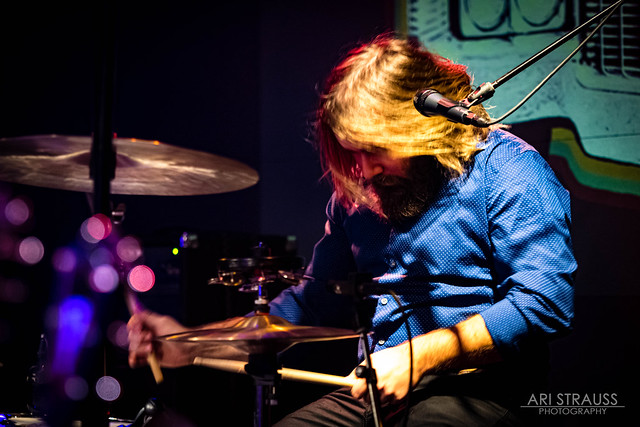 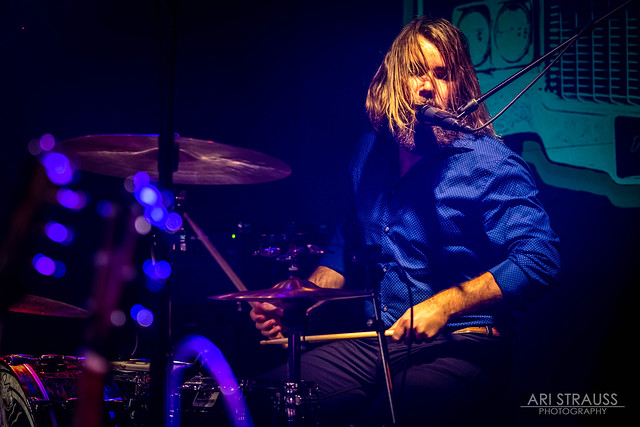 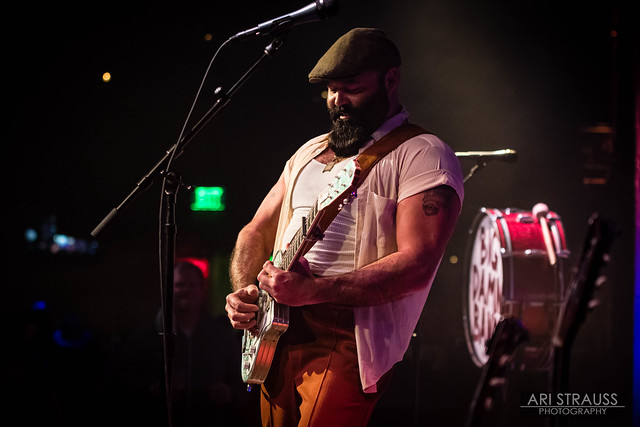 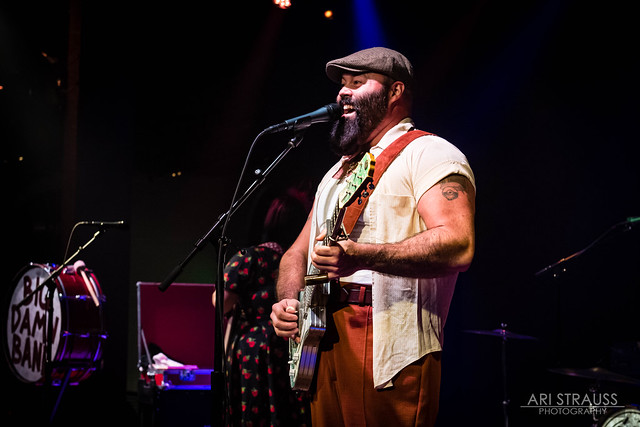 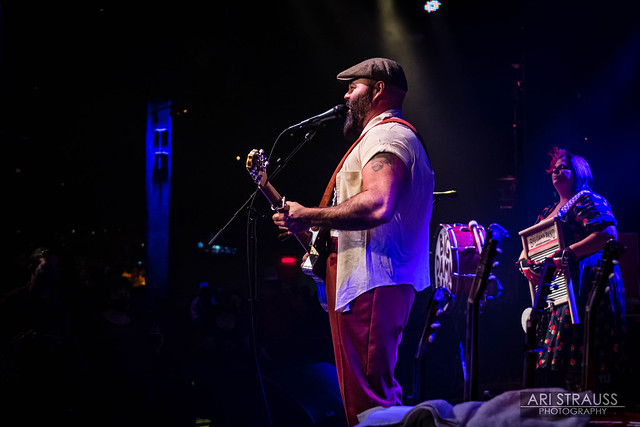 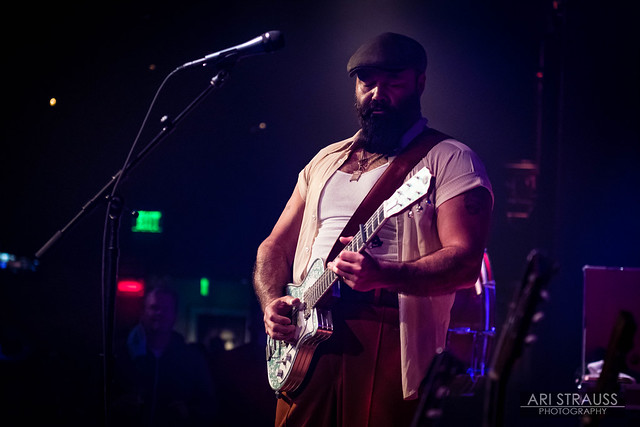 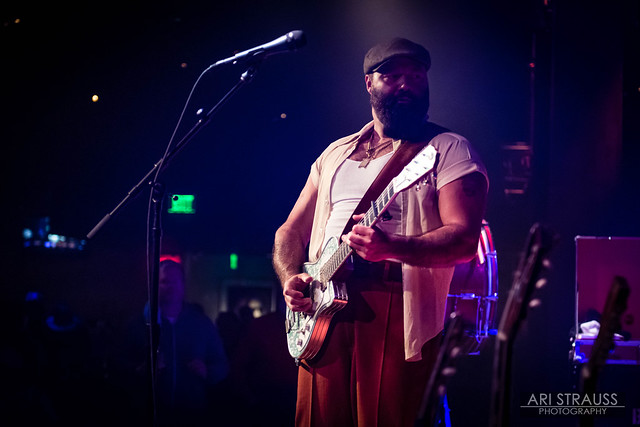 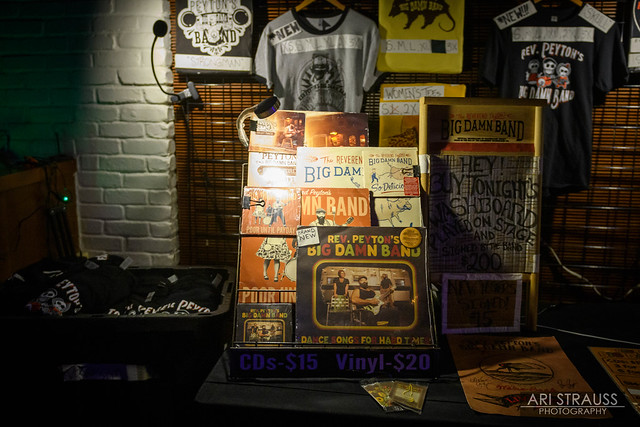