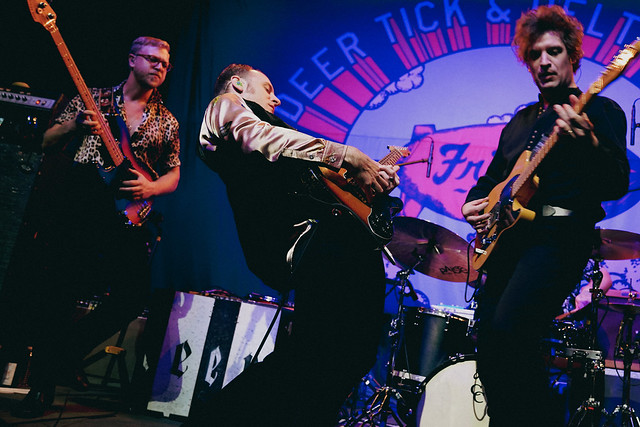 The Friend Ship tour, featuring indie rock bands Deer Tick and Delta Spirit, recently rolled into the 9:30 Club for an early split set. Each band performed an hour-long set before they took the stage together for an encore.

Fronted by John McCauley, Deer Tick hails from Province Rhode Island, and includes guitarist Ian O’Neil and half-brothers Christopher and Dennis Ryan, of neighboring Pawtucket, on drums and bass. The band’s unusual name comes from an experience McCauley, a lifelong outdoorsman, had while hiking in Indiana, when he found one of the titular pests on his scalp.

Deer Tick released their debut album, War Elephant, in 2007. Their sophomore effort, Born on Flag, followed two years later, and was met with praise from outlets like Rolling Stone. Their third record, The Black Dirt Sessions, came out in 2010, and the band gained greater exposure, appearing on Letterman.

McCauley’s connection to the frontman of Delta Spirit goes back to 2011, with the project Middle Brother, which also included Taylor Goldsmith of Dawes. Keeping up with the pace of annual Deer Tick releases, the band put out Divine Providence that years as well; it was the first to feature members of the band other than McCauley on lead vocals with their own songs. Two years later, they came back with their fifth album, Negativity.

After a hiatus of several years, the band released Deer Tick vol 1. and vol. 2 in 2017. The first album focused on the folkier work from their early years, while the latter dug into their rock stylings. Their most recent release, a compilation called Mayonaisse, came out in 2019.

Deer Tick took the stage to the Beatles “Happy Birthday” — John noted that it was Ian’s birthday. At the end of their set, there was a minute left, and John got the crowd to serenade Ian. The band opened their set with the relationship-gone-wrong song “Easy,” which they recorded on Born on Flag Day. Things didn’t get much brighter with the next number, “The Dream’s In The Ditch.”

Watch the official music video for “The Dream’s In The Ditch” by Deer Tick on YouTube:

Introducing “Me and My Man,” John said, “This song goes out to my buddy Reg.” After “Funny Word,” he told the audience that their current tour with Delta Spirit “has been in the works for a long time,” having been delayed by the Covid pandemic. The next song, “20 Miles,” was a plea for “one more chance.”

Following “Hope Is Big,” John switched from guitar to keys for “The Rock,” taking the guitar back up for “Main Street.” Then it was drummer Dennis Ryan’s turn, and he introduced the classic Bobby Darin umber “Splish Splash,” which he said has “become a bath time favorite in my house.” (While I don’t know for a fact that Dennis has children, this seems to be the natural implication of his statement, although it would, in some ways, be more interesting if he doesn’t.)

John took back over for the remainder of the set, which included “My Love” and “Spend the Night,” and ended with “Mange.”

After a little less than a half-hour intermission, Delta Spirit took the stage. Fronted by Matthew Logan Vasquez, the band includes guitarist William McLaren, bassist Jonathan Jameson, drummer Brandon Young, and multi-instrumentalist Kelly Winrich. Their debut album, Ode to Sunshine, came out in 2007. Their nextn three efforts, History from Below, their 2012 self-titled album, and 2014’s Into the Wide, saw them achieve increasing success in climbing the Billboard 200. After Into the Wide, they went on hiatus for several years, during which Vasquez released three solo records. They returned with last year’s What Is There on New West Records.

Delta Spirit kicked off their set with a fan favorite from their debut album, “Bleeding Bells.” After “Bushwick Blues,” Matthew mentioned that he’d grabbed some Ethiopian food and stopped by some familiar DC locations like the club DC9, where he appeared in his last solo tour, in the “before times.”

Watch a music video for “Bushwick Blues” by the Delta Spirit on YouTube:

The band kept the hits coming with a couple more songs from their first record, “Parade” and “Strange Vine,” followed by “Tear It Up,” from their self-titled album. Introducing the title cut of Into the Wide, Matthew said, “this song is about our national parks.” He added, “I love it outside.”

The set continued with “Yamaha,” the title of which is a bit enigmatic, as it doesn’t actually appear in the lyrics. The next song, “People C’Mon,” was an anthemic number about time and healing, while “St. Francis” name-checks the patron of animals. The set was rounded out with “Children,” “How ‘Bout It,” and “California,” and concluded with the popular “Trashcan.”

Delta Spirit left the stage, but returned quickly, along with Deer Tick, for a combined encore, which included several songs from the joint project Middle Brother. In an early night for the 9:30 Club, the very happy crowd left at, coincidentally, 9:30, after a night that featured some of today’s finest indie rock bands.

Here are some pictures of the Delta Spirt performing at 9:30 Club on Nov. 19, 2021. All photos copyright and courtesy of Casey Vock. 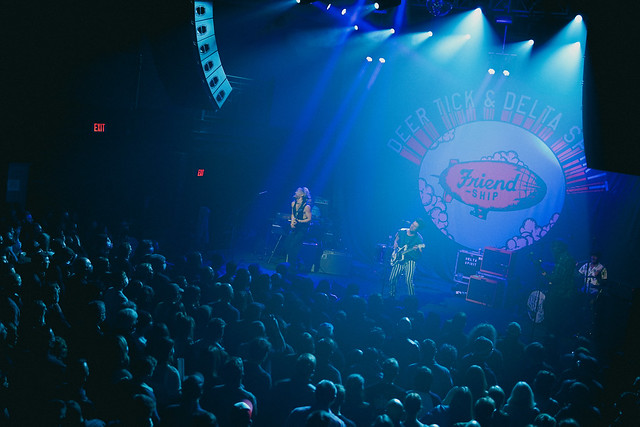 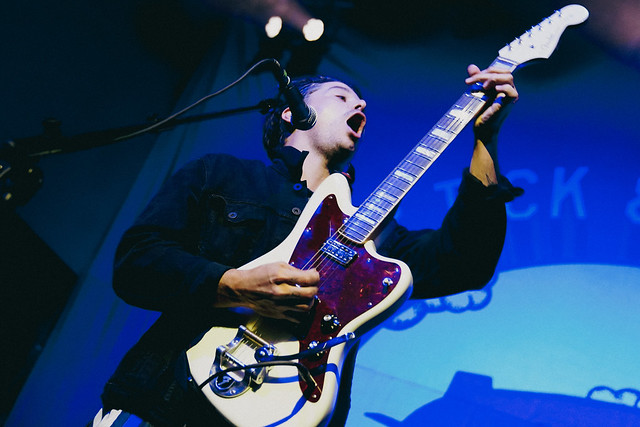 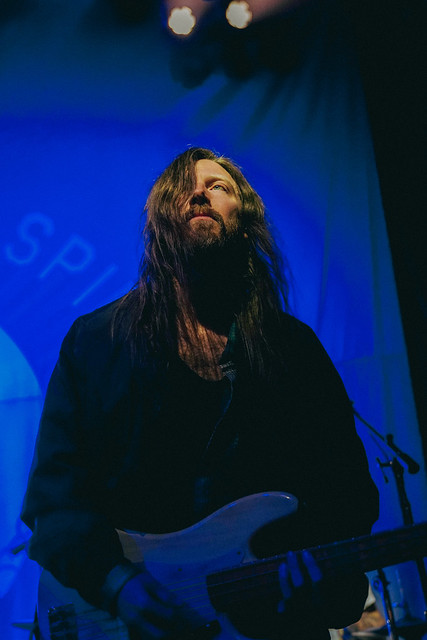 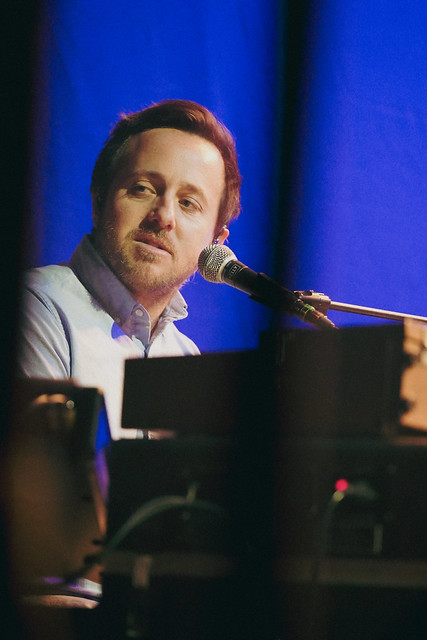 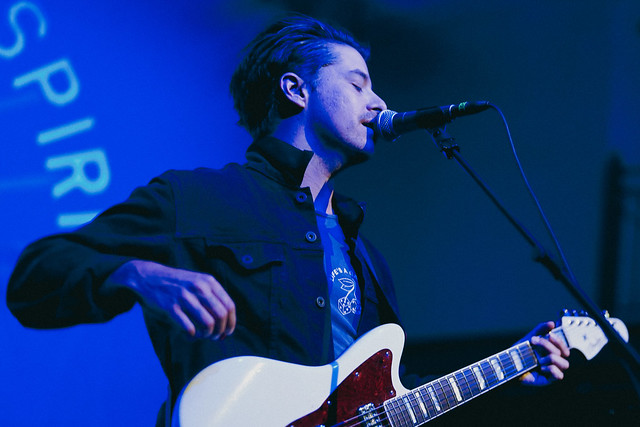 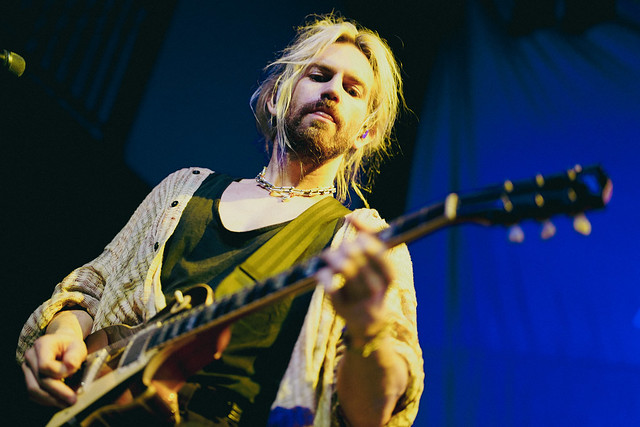 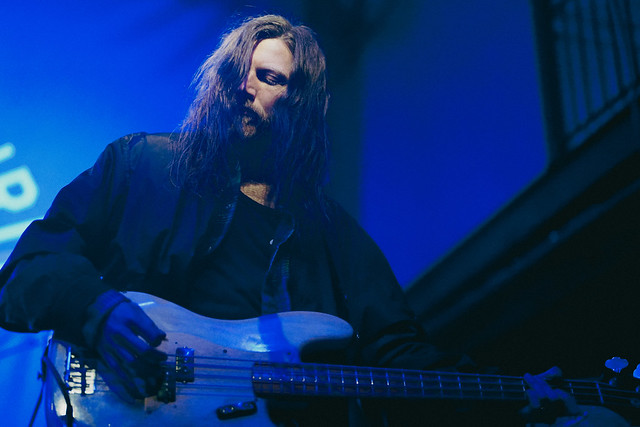 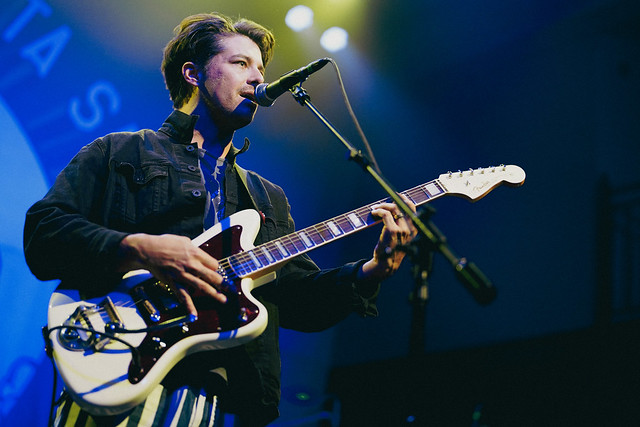 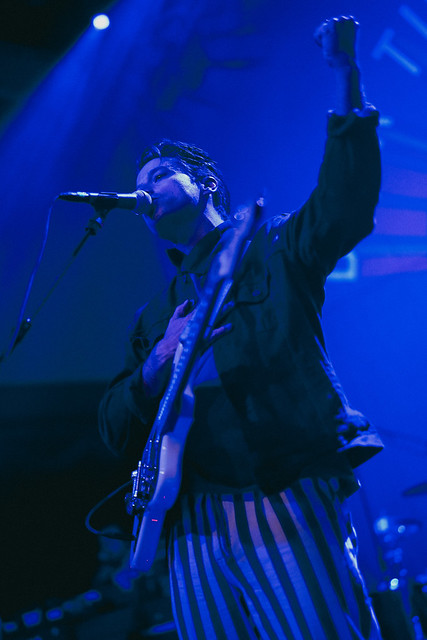 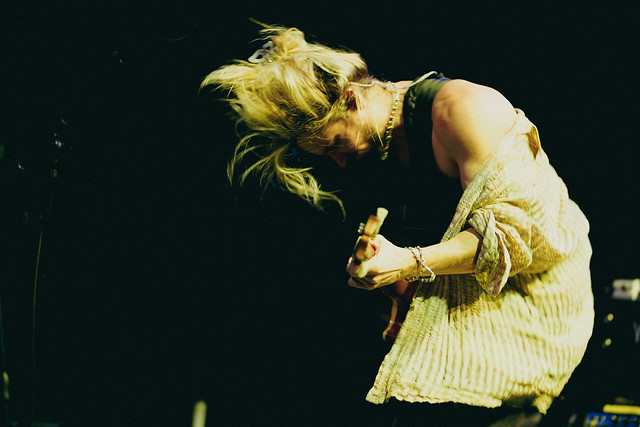 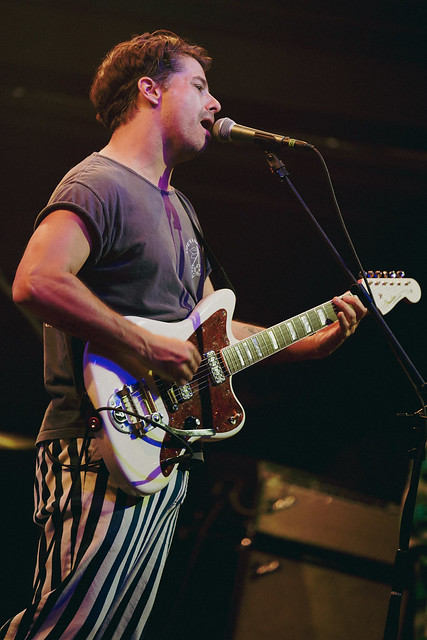 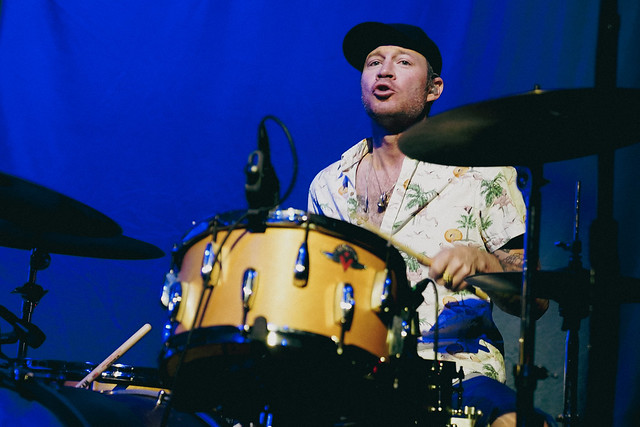 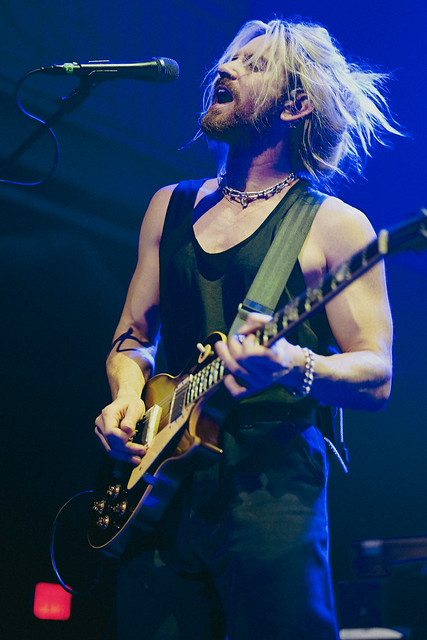 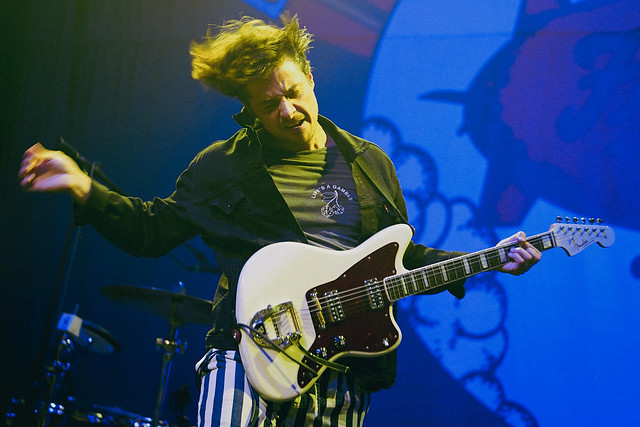 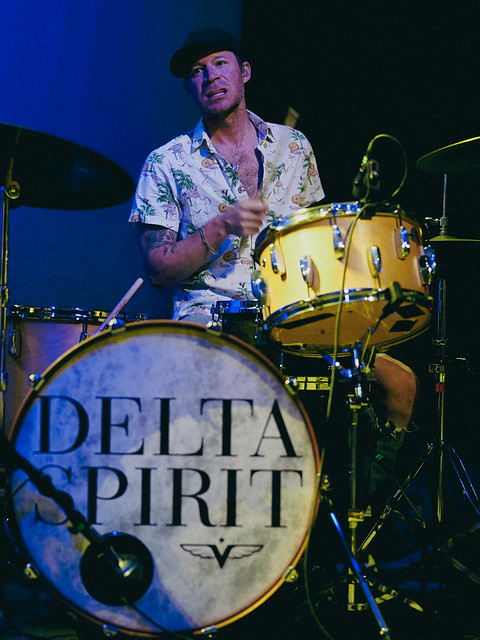 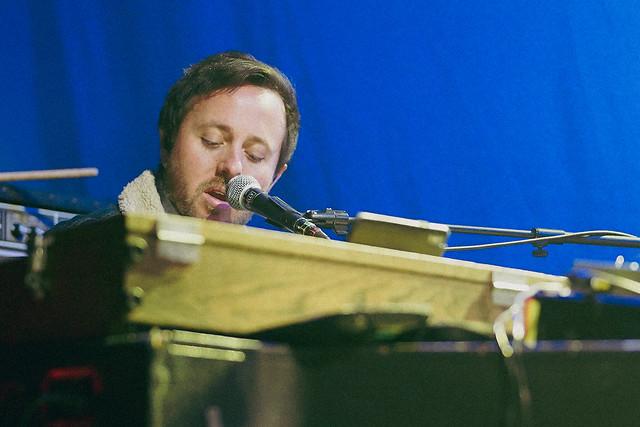 Here are some photos of Deer Tick performing at 9:30 Club on Nov. 19, 2021. All photos copyright and courtesy of Casey Vock. 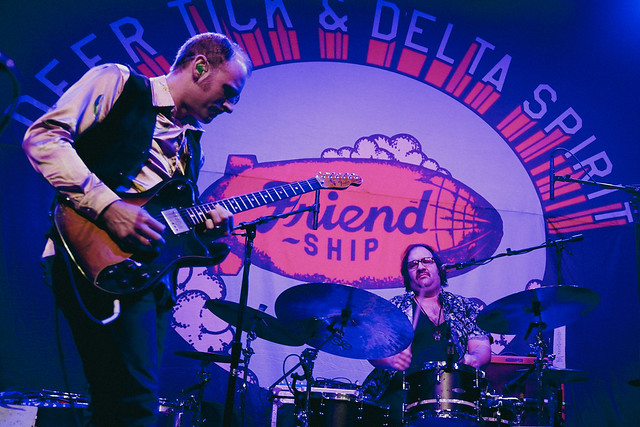 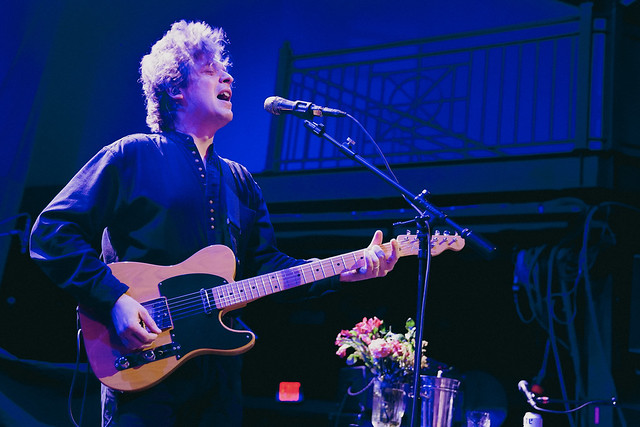 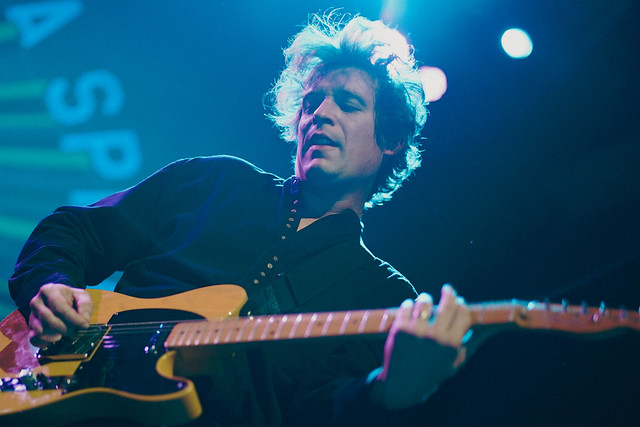 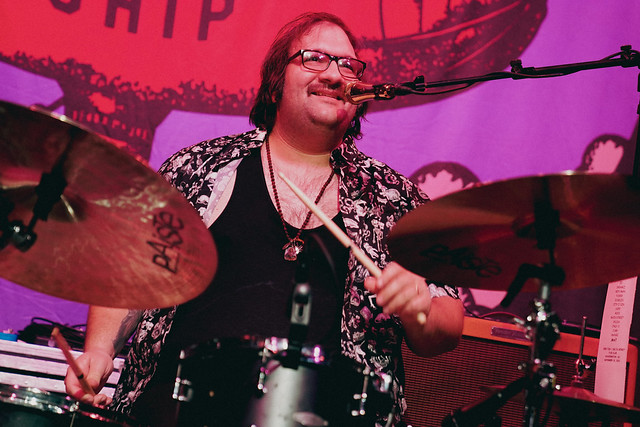 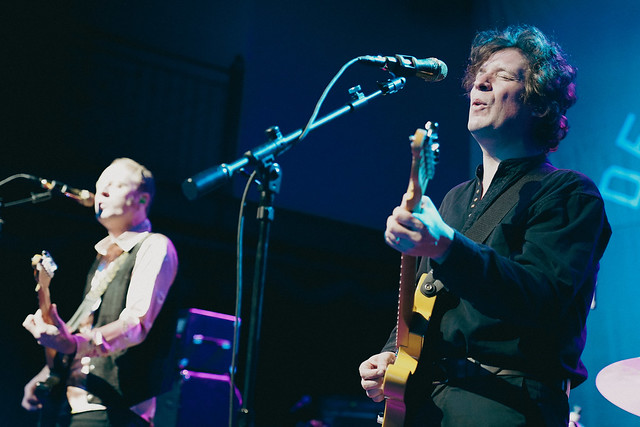 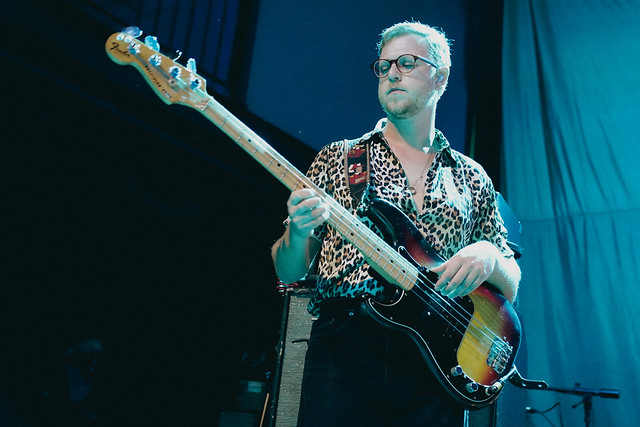 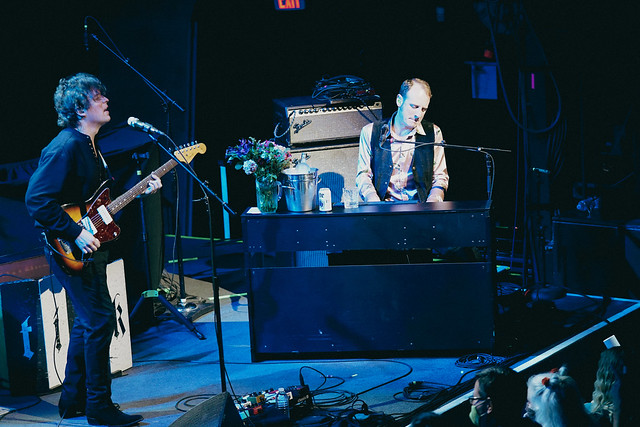 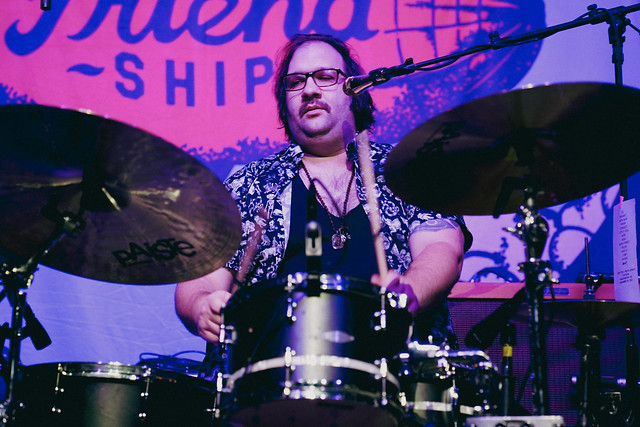 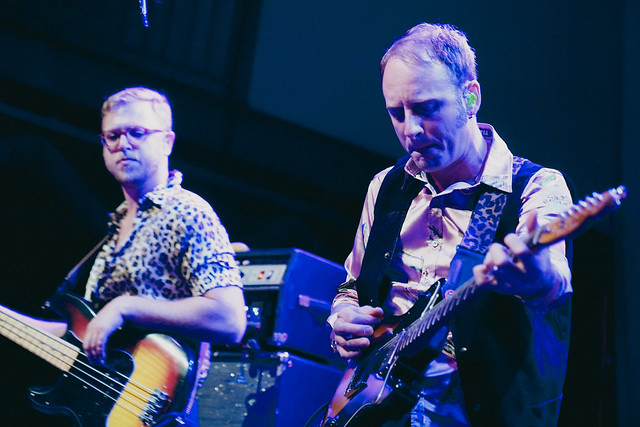 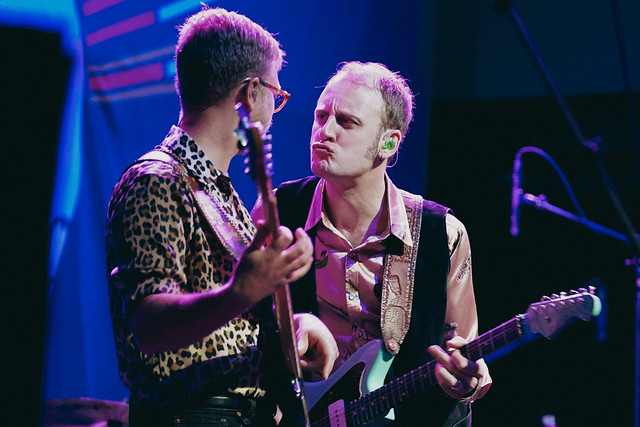 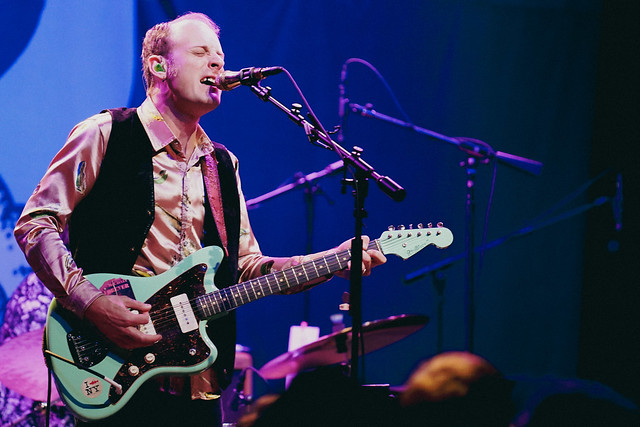 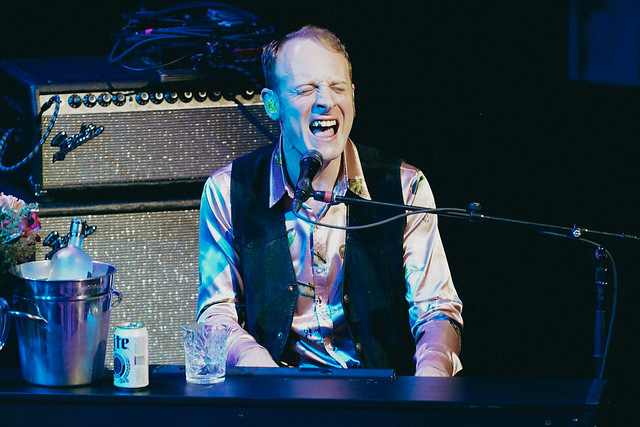