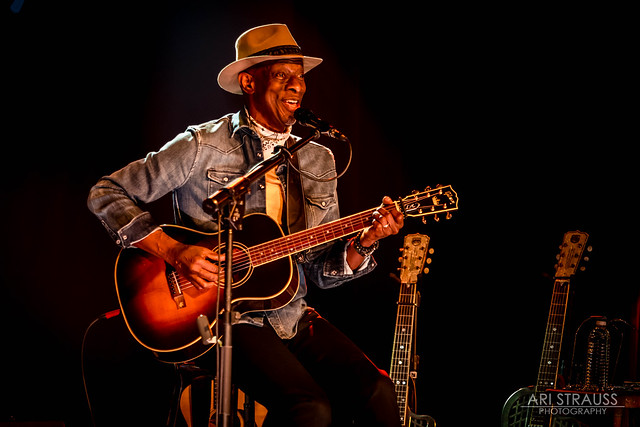 Normally, when I can get a hold of a setlist before the start of a show, it makes my life as a reviewer that much easier. So I eased up a little when our photographer, Ari Strauss, sent a me shot of it just before Keb’ Mo’ started playing at The Birchmere recently. As I was to learn, however, for Keb’ Mo’, a setlist isn’t a firm plan.

An award-winning blues artist, Keb’ Mo’ is influenced by legendary figures like Son House and Robert Johnson, the latter of whom he’s played onscreen. Keb’ is a true raconteur, an entertainer who engages with his audience, exchanging banter and taking requests. He’s a warm, charming presence, and his shows have a comfortable intimacy between performer and audience.

A native of Compton in Los Angeles, Kevin Moore has been playing music since the late ’70s. Though he released a solo record in the mid-’80s, he spent the first couple decades of his career as a sideman. He was in his 40s when he adopted the Keb’ Mo’ sobriquet, beginning in earnest one of the finest careers in modern roots music.

Though his foundation is squarely in the blues, his music looks outward toward broader strains of Americana, roots music, and even country. For the last 11 years, he’s resided in Nashville. He’s currently touring behind his latest album, Good to Be… (released Friday), parts of which were produced by country legend Vince Gill; pedal steel virtuoso Paul Franklin even plays on several tracks. The album also features appearances by cross-genre superstar Darius Rucker and old-time string band Old Crow Medicine Show.

For his performance at The Birchmere on Jan. 20, Keb’ Mo’ went with a stripped-down approach, and was accompanied only by drummer Casey Wasserman. Introducing new song “Sunny and Warm,” he remarked, “It’s really cool on the record. It has a lot more instruments.” And while it is, the spare nature of his live set made it bluesier, and really allowed Keb’s singing and guitar playing to shine.

“I’ve been out of the game for two years,” he told the audience. While there was a little rust, no more than you’d expect, Keb’ soldiered through, keeping the audience rapt with his graceful transitions and good humor. While he’s definitely a pro, one gets the impression that he doesn’t take himself overly seriously. This was evident toward the end of the set, when he did, by request, a little bit of “I Was Wrong.” He joked, “that’s a song I don’t play with ladies present;” ironically, it was a female member of the audience who asked for it.

Similar humor came from a man’s request for “Put A Woman In Charge,” one of his more political songs. On the recorded version, he is joined by Rosanne Cash, one of the icons of the Americana scene. Perhaps his funniest line came before he started playing: “I been down in Australia, wrestling crocodiles.” (In fact, he’s been splitting time during the pandemic between Nashville and his childhood home in Compton.)

Watch the official music video for “Put a Woman in Charge” by Keb’ Mo’ featuring Roseanne Cash on YouTube:

“I’m starting off easy,” Keb’ told the audience, as he began playing “Every Morning,” one of the cuts from the new album. He followed that with an older song, “France,” and then he added a spoken-word intro to “Sunny and Warm.” While he just recorded it for his new album, it’s actually a song that he’s been working on for decades. He described himself as a teenager: “I weighed 140 soaking wet, 6-3.”

As part of the roll-out for the new album, Keb’ appeared on the Kelly Clarkson show earlier this week, playing the record’s title cut. It was at about this point that the set list I had a hold of ceased to be any kind of guide, as the artist took requests from the audience. Some of those included “Just Like You,” “I Remember You,” “Henry,” “More Than One Way Home,” and “Shave Yo Legs.” He joked about the depressing nature of “The Worst Is Yet to Come,” and closed the main set with another new track, “Good Strong Woman.”

Foregoing leaving the stage, Keb’ went directly into his encore, which included “She Just Wants to Dance” and “Lullabye Baby Blues.” At the conclusion of the latter, the audience rewarded him with a rousing standing ovation.

Truly a gifted songwriter and performer, Keb’ Mo’ performance bridged the distance between the pre-war traditions of the blues and modern songs and perspectives. The blues have a reputation for being downcast and heavy, but, in Keb’s capable hands, they are really more joyful and life-affirming. It’s easy to see why he has so much appeal to fans beyond that genre.

Here are some photos of Keb’ Mo’ performing at The Birchmere on Jan. 20. All pictures are copyright and courtesy of Ari Strauss. 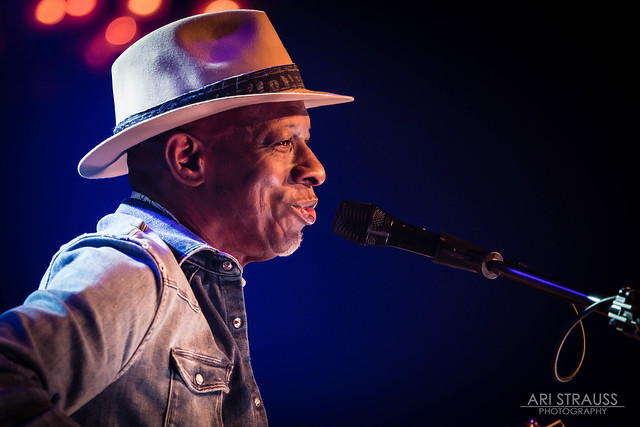 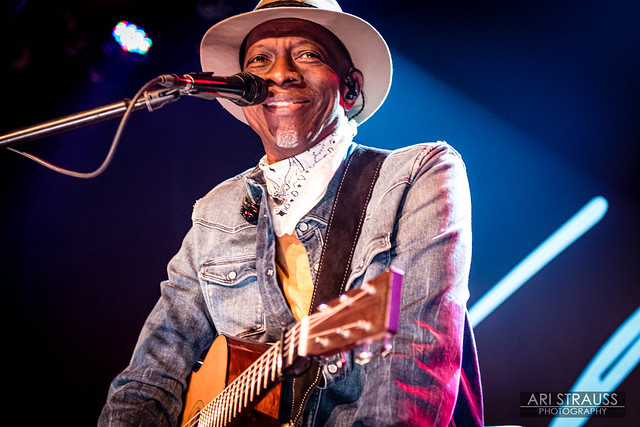 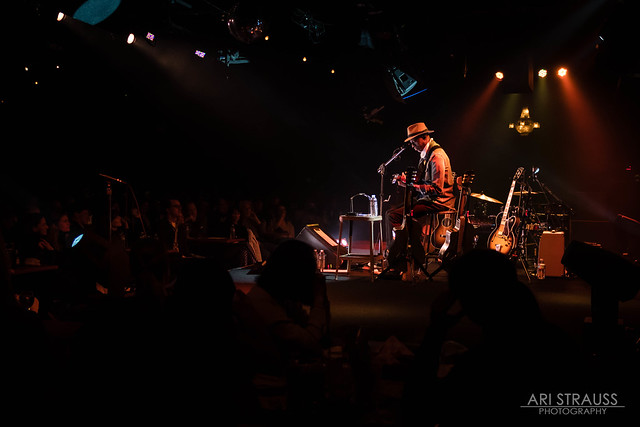 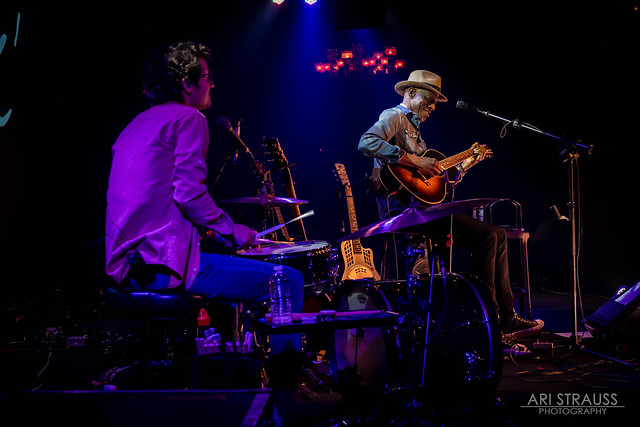 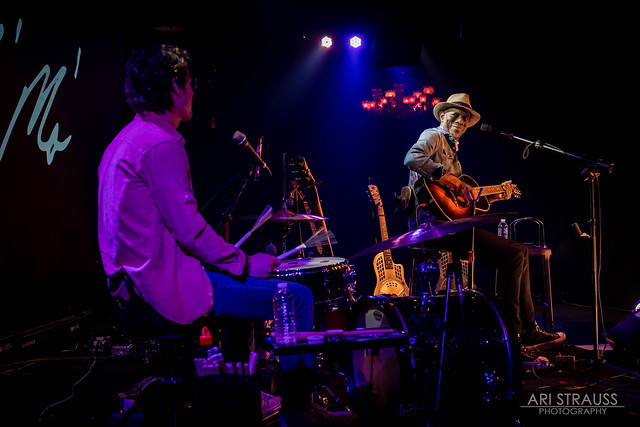 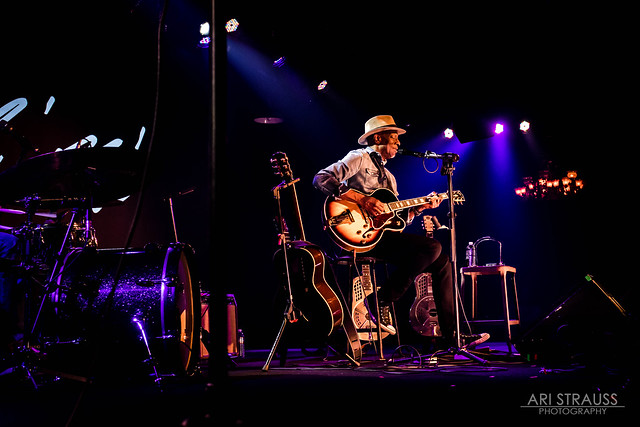 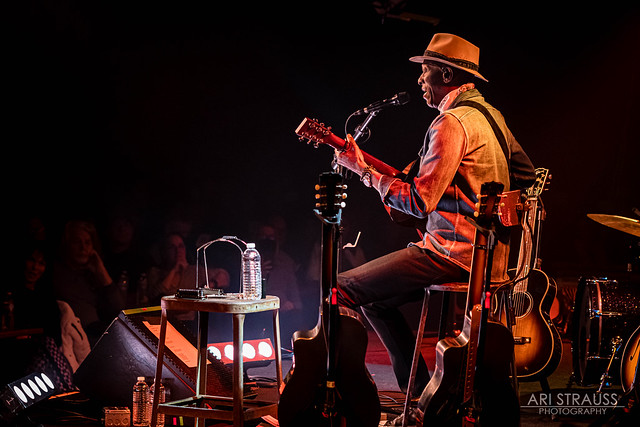 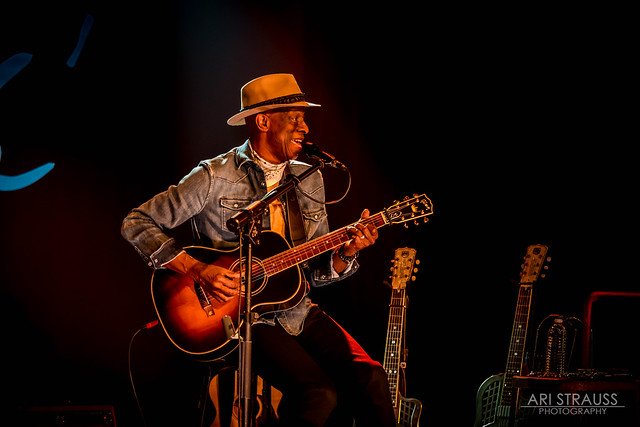 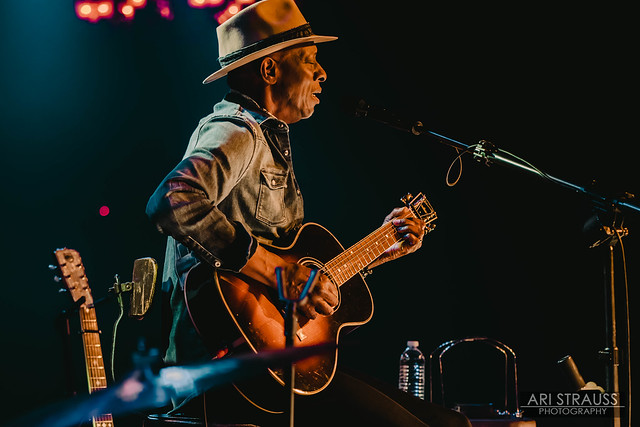 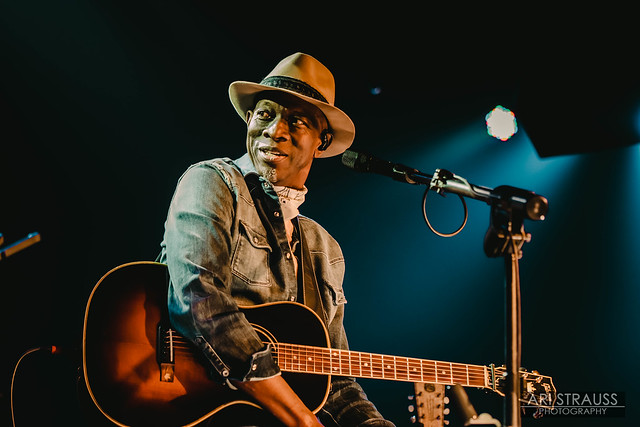 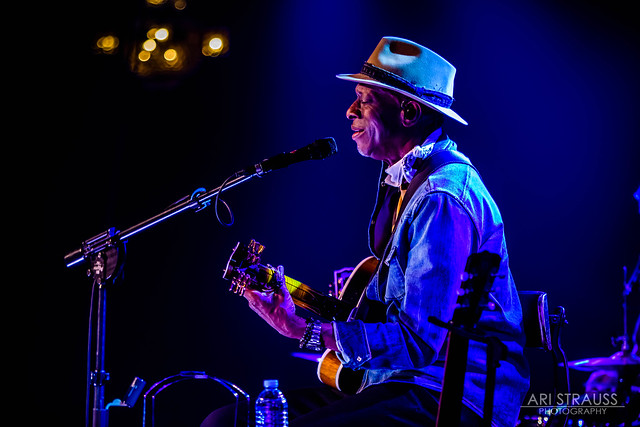