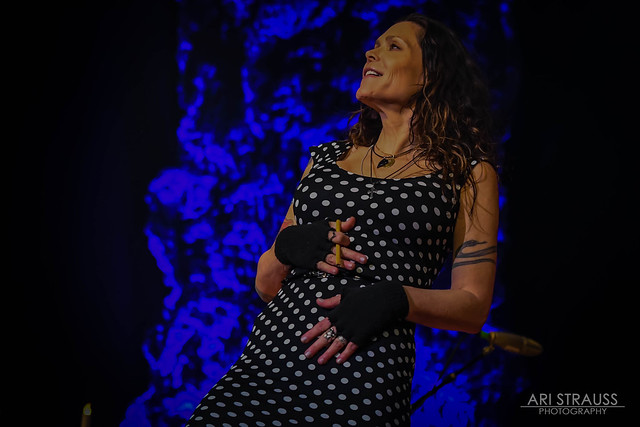 Blues singer Beth Hart is a survivor. She’s survived a troubled a youth, in which her father, a bail bondsman, did time in prison. Later, her brother passed away due to AIDS. Stardom did not come easily for her; she’s battled mental illness in the form of bipolar disorder and major addictions to drugs and alcohol.

At times, her career has seemed like it might be over, only for her indomitable spirit to persevere, and for Beth’s undeniable talent and passion to bring her back from the musical grave. She was certainly on fire in performance at the Warner Theatre in DC recently.

A native of Los Angeles, Hart was something of a musical prodigy, learning the piano at a young age and showing an early, exceptional singing talent. She attended a magnet school for the arts, where studied musical performance. In the early ’90s, she had her first taste of success, winning the singing competition on Star Search, but that success was fleeting. It was a number of years before she tasted chart success with her first big hit, “L.A. Song.” Her family trauma and addictions had been mounting, however, and as she told the audience at the Warner Theatre on Feb. 24, she couldn’t handle it, and she “went off the rails.”

The next roughly decade-plus was a rough go for Beth, who, with the help of her husband and road manager, Scott, battled her addictions. At the start of last decade, she began to gain a foothold with a number of collaborations, first with Slash, then with blues guitarist Joe Bonamassa, with whom she recorded several albums. These projects revitalized her career as a solo performer.

Tough but tender, she is capable of growling harsh rockers as well as doing softer, solo ballads on the piano with equal skill. On Thursday evening, she apologized to the audience, for having, in her words, a “motherfucker in her throat.” (Beth’s language is gloriously unrefined, a saltiness that reminded me a lot of Steve Earle, in that both have found a way to use some rather blue language as terms of endearment.) She abandoned the setlist for much of the show, instead playing a number of her piano ballads, many solo, some with upright bass accompaniment. I wasn’t the least bit disappointed, and the rest of the audience had nothing but encouragement and positive words for her.

The show started with Beth at the piano, alone, playing “Baddest Blues.” She brought out the band for “Hold Me Through The Night,” then did a Led Zeppelin cover, “Whole Lotta Luv,” which she recorded for her latest album, A Tribute to Led Zeppelin. It was after “If I Tell You I Love You” she realized she was having issues with her throat, and she went with what she called “more low-end stuff for me,” though, for most singers, “Your Heart Is Black as Night” would have been a reach.

“Tell Her You Belong To Me” was written for her father. He left her mother for his secretary when she was five and, as mentioned previously, his work as a bail bondsman got him into sticky situations that landed him in prison. After “Good As It Gets,” she mentioned that, because she no longer takes anti-psychotics, she can’t take steroids for her throat. (Steroids can be bad news; I ended up with a low-key klonipin addiction after I had to take increasing doses to manage the anxiety created by steroids I took for pneumonia.)

Watch Beth Hart perform “Good As It Gets” live at Royal Albert Hall in 2018 via YouTube:

Between songs, Beth talked a bit about her relationship with her husband, Scott. They met 23 years years, when she was 27. At the time, she was a drug addict, and was down to weighing 90 lbs at 5-9. Throughout all her stints in her rehab, Scott always came to visit her, and he has been her rock and source of support.

The next two songs were “Living in the City” and “Bang Bang Boom Boom,” followed by a cover of Tom Waits’s “Chocolate Jesus.” Introducing “Woman Down,” she said, “I’m not going to tell what this is about. It’s too dark.” She prefaced “War In My Mind” with a story about how, when she was struggling with her alcoholism, she went to a church in search of spiritual support; it turned out to be a Korean church and, for weeks, she listened to the pastor deliver a sermon in Korean. After several weeks, a woman got up and spoke in English, and this provided a connection for her. The song was written when that women left for another church, leaving Beth feeling somewhat abandoned.

The set continued with “Without Words In The Way,” “Sugar Shack,” and “For My Friends.” “Baby Shot Me Down” was written for her mother when her husband left her; at the time, her mother was 80, and her husband was 20 years younger. She closed the main set with “I Need A Need Hero.”

When everyone came back out for the encore, there was a nice surprise. The percussionist had a favorite cousin in attendance, and it was her 75th birthday. The band brought a cake, and they had the audience join them in singing “Happy Birthday” to her. It was a really nice, simple, heartfelt moment, one that came after an evening in which it felt like the audience and the performer had really bonded and there was a real exchange of feelings. The percussionist looked really touched by the affection shown for him and for his family.

To wrap things up, Beth steeled herself, scratchy throat and all, and accompanied by the full band, delivered a heart-stopping performance of “I’d Rather Go Blind.” She left it all on stage and held nothing back, proving that she’s the real deal, a singer who not only has incredible talent, but has amazing courage and passion for her art.

Life on the road is hard. When you’re always traveling and constantly exposed to new people and places, you’re liable to pick up germs and bugs. As a performer, people expect you to bring your best every night, They’ve bought a ticket, and they may not have another chance to see you for a long time. There are opposed forces and expectations at work that can make all of this very messy, leading to performers burning out and to audiences being disappointed.

All of this is to say that things could very easily have turned out quite badly Thursday night. Beth could very easily have phoned it in and delivered a weak performance, and the audience could have chosen to get angry that they weren’t getting what they thought they came to see. Fortunately, Beth showed that she is, indeed, a survivor and that she is one tough motherfucker. After last night, she will always have my respect and admiration for battling through under tough circumstances. And I give a shout-out to the crowd, too, for being respectful and compassionate to Beth.

Here are some pictures of Beth Hart performing at the Warner Theatre on Feb. 24, 2022. All photos copyright and courtesy of Ari Strauss. 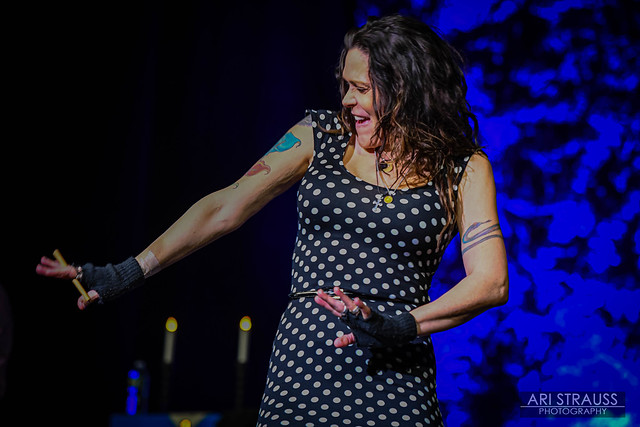 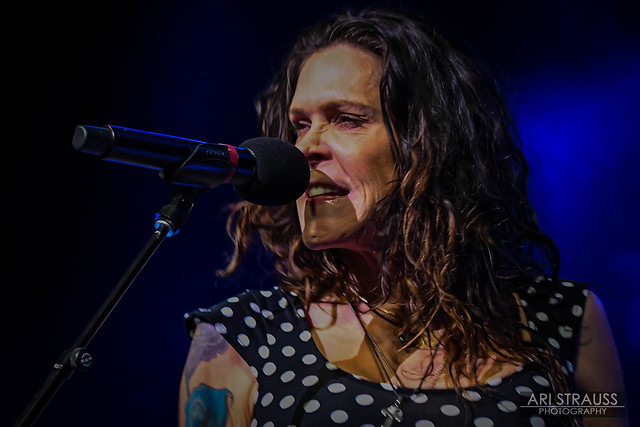 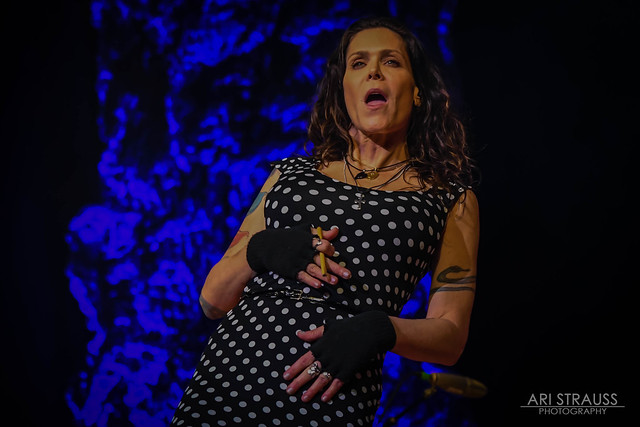 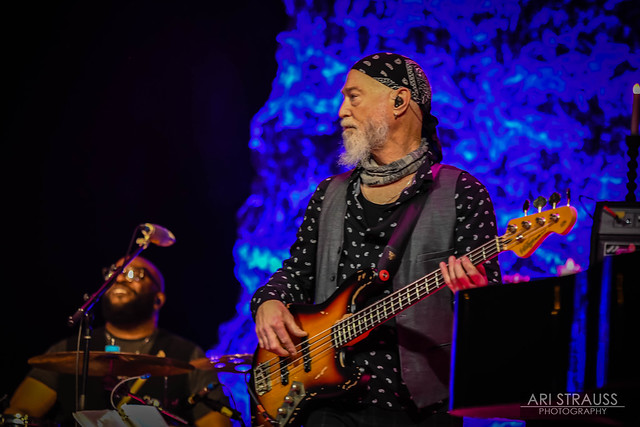 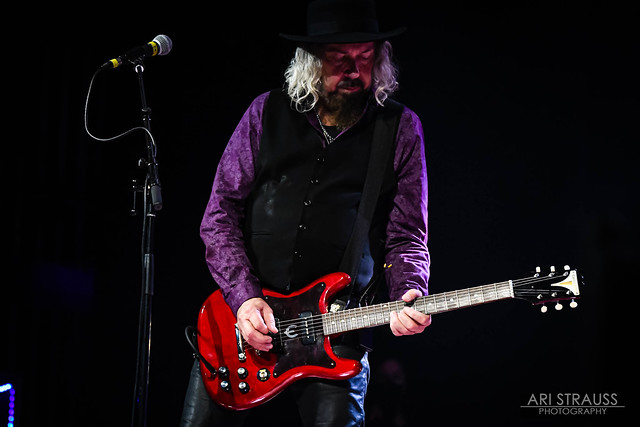 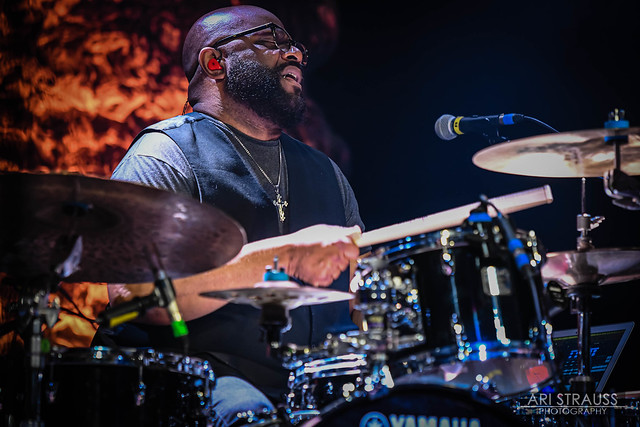 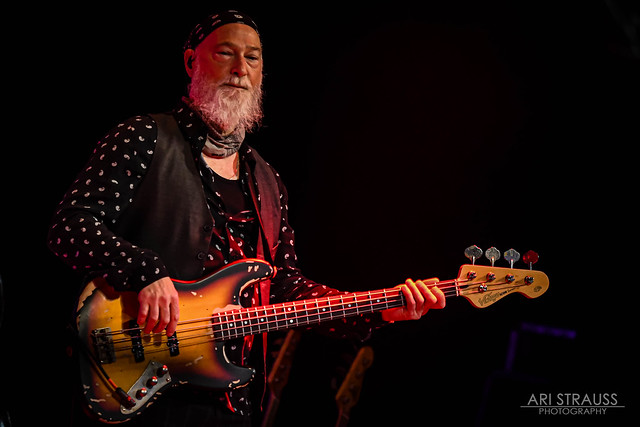 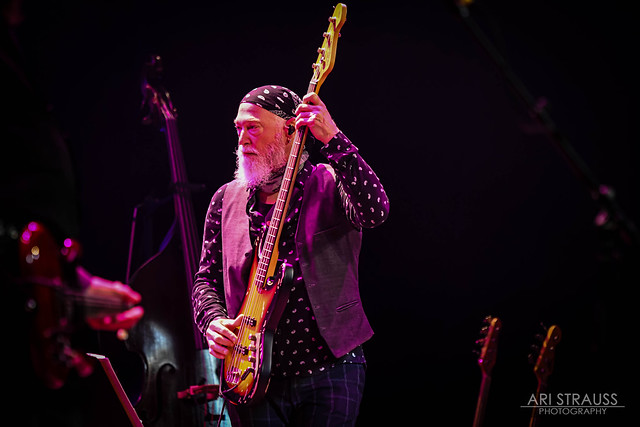 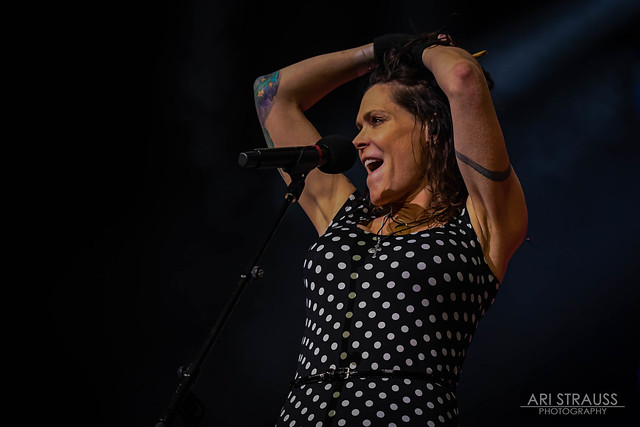 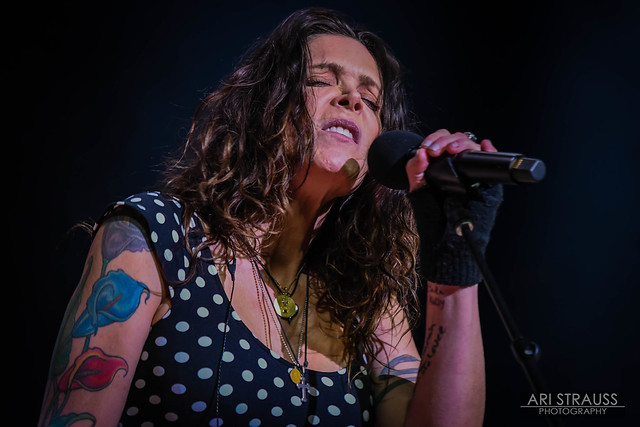 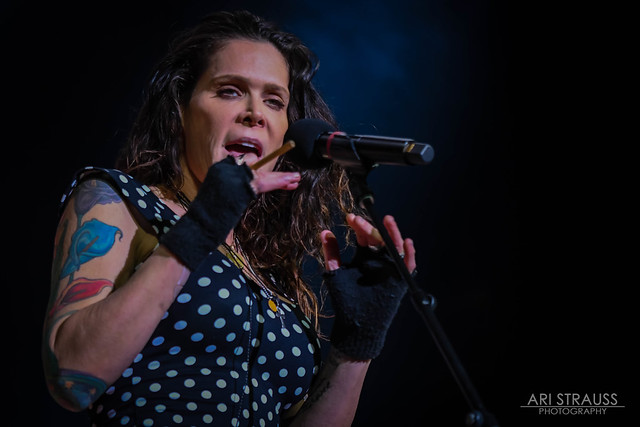 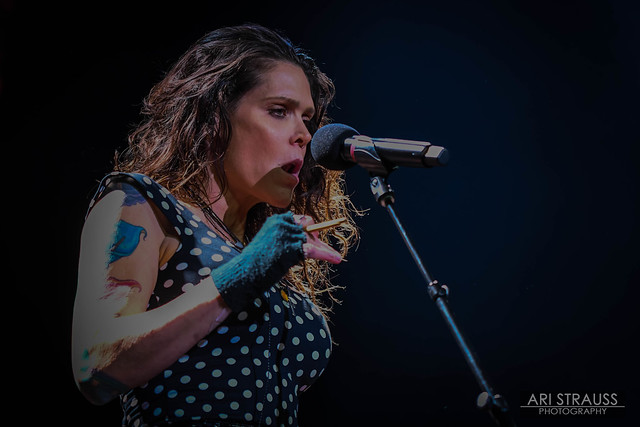 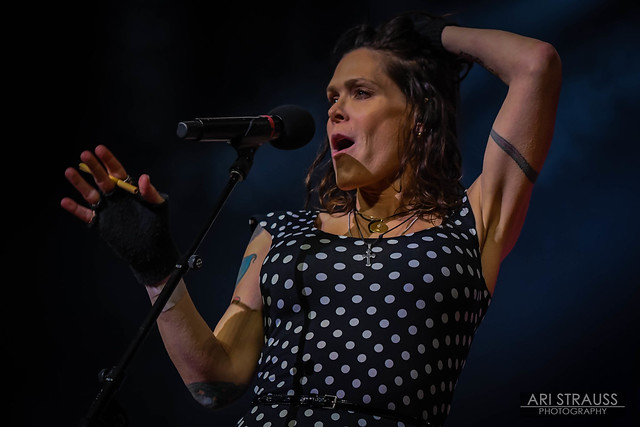