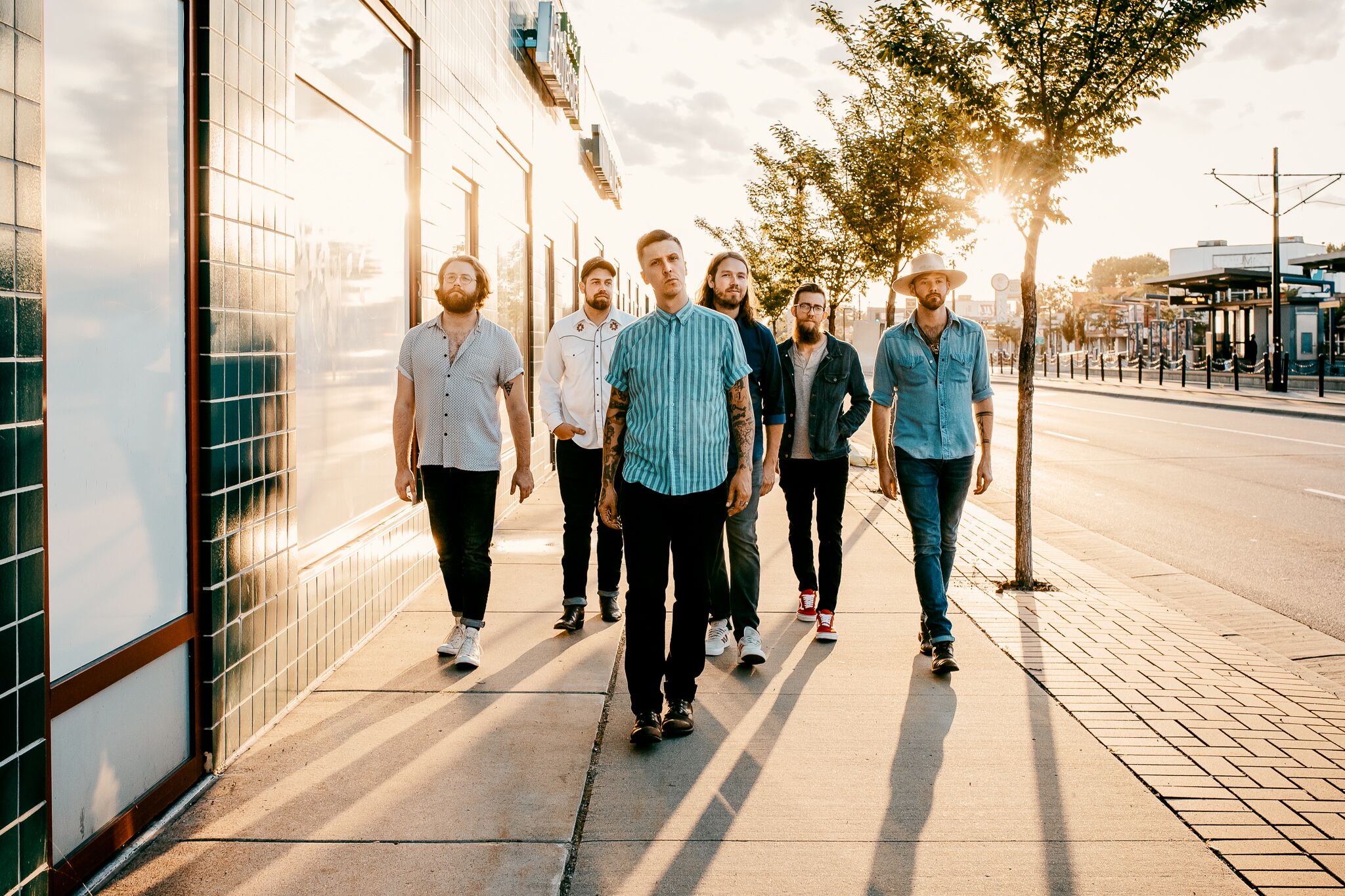 American Aquarium takes its name from the lyric, “I am an American aquarium drinker,” in the song “I Am Trying To Break Your Heart.” That song was on Wilco’s seminal album Yankee Hotel Foxtrot. AA owes more, though, to the band’s earlier work, and to Jeff Tweedy’s earlier band, Uncle Tupelo: They play politically charged alt-country (and they played it hard at 9:30 Club on June 26). It’s a style Wilco revisited on their latest album, Cruel Country, but was more typical of their early work.

As a lyricist, Barham is a much more concrete writer than Tweedy, who often engages in various kinds of experimentation to derive his lyrics. (The “American Aquarium” lyric, as he explained in one of his books, is the result of such an experiment.)

AA have a reputation as a killer live band, and they didn’t disappoint at 9:30 Club. The band’s members play with a lot of energy, they find a groove, and they balance with each other well. A lot of bands have issues with getting the right mix of vocals and instruments, and it can be hard to make out the lyrics — BJ’s vocals were pretty clear throughout the evening, but I didn’t feel like there was a sacrifice of musical power. Some of this is likely a matter of composition; if the songs are constructed properly, the instruments should stay out of the singer’s way, but also be able to show their stuff between the vocals.

Earlier this month, AA released their latest LP, titled Chicacomico. They opened their set with the title cut, and while the next song, “All I Needed,” was also from that album, most of the set came from their extensive back catalog, though they later played “The First Year” and “Wildfire.”

Watch the official music video for “All I Needed” by American Aquarium on YouTube:

AA has been releasing albums since 2006; their discography is a bit hard to untangle (AllMusic is incomplete), but they have at least 10 records of original songs, an LP of covers of ’90s country hits, a couple of live albums, and some other odds and ends.

Many of BJ’s songs deal with the politics of the South. “A Better South,” from 2020’s Lamentations, is his most direct statement on the subject, a call for the region to acknowledge and deal with its complex history. Similar themes also appear in “A Southern Sadness.” His struggles with alcoholism and sobriety have inspired a lot of his work, like “Six Years Come September” and “One Day At A Time.”

What would a country — or a country-rock — show be without songs about loneliness and broken hearts? AA had plenty of those: “Lonely Ain’t Easy,” “I Hope He Breaks Your Heart,” and “The Day I Learned I To Lie To You.” Beneath all those tattoos and the loud mouth, BJ has a big heart and a lot of big feelings.

Singer-songwriter Caroline Spence, a Virginia native, opened the show with a solo electric set. At the beginning of her set, she told the audience, “Last time I was at this club, I was 17 years old.” She began with “Spades & Roses,” followed by “Scale These Walls.” “The Gift,” she explained, is “about my grandmother” and “remembering to be present.”

“The Gift” is a cut from her latest album, True North, which was released in April. While still broadly in the Americana genre, True North expands her music palette to include a broader set of musical influences, and is particularly impacted by the work of Aimee Mann. (You really can’t go wrong looking to Aimee for inspiration; she’s a stone-cold genius.)

Watch the official music video for “The Gift” by Caroline Spence on YouTube:

“Last time I was in therapy,” Caroline said, “I discovered I’m a perfectionist,” which led her to write, “Whose Going To Make My Mistakes?” “Walk The Walk” is a “pep talk” to her brother. Introducing “Blue Sky Rain,” she said, “The best thing you can do is deal with your shit.” Continuing in that vein, “Clean Getaway” is about “how you can’t get away from yourself.” (Believe me, I’ve tried. As Dwight Yoakam once sang, “If I had a choice, I’d avoid me, too.”)

“Mint Condition” was the title track of Carolyn’s previous album, her first to be recorded for a label. She shared that it was one of the first songs she wrote when she moved to Nashville 10 years, but she held onto the song and didn’t record it. She composed with the thought of something Emmylou Harris could sing, and, with her label’s support, she was able to have Emmylou on the track. Caroline closed with “Hotel Amarillo,” which, perhaps unsurprisingly, she wrote while drunk in a hotel in Amarillo, Texas.

As noted above, AA lived up to their reputation as a dynamite live band, and they delivered a stacked, lengthy set, full of many crowd favorites. I’m a big fan of Caroline Spence’s work, and it was definitely worth getting to 9:30 in time for her set — the songs were excellent, and she has a warm, engaging personality. There was a nice contrast between the two acts, with Caroline’s being a little more intimate and AA’s rocking hard.