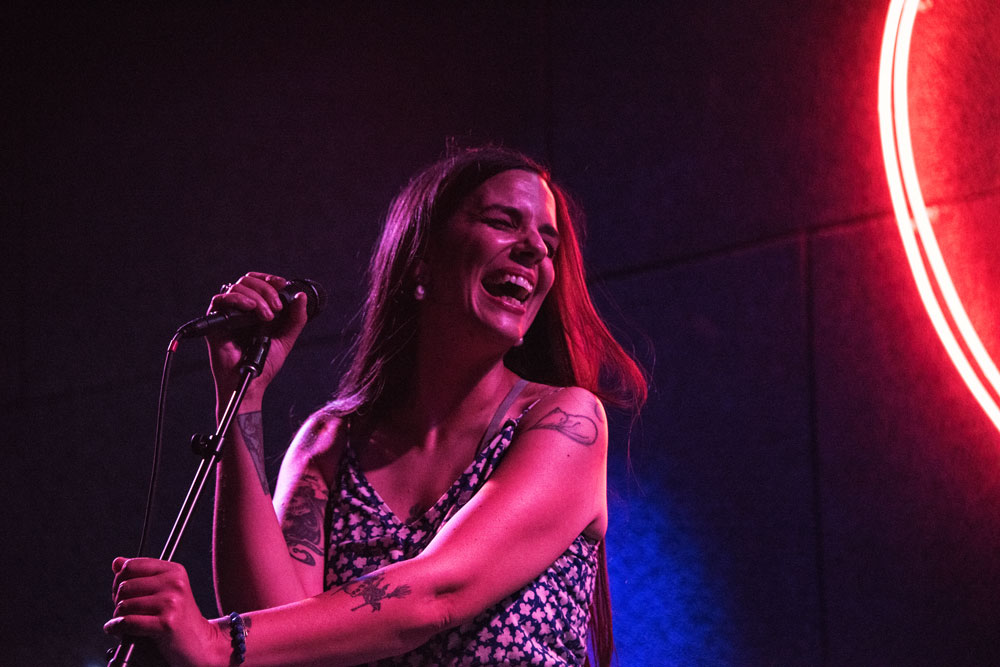 This one’s “about going home to your house you share with a loved you never want to see again,” Sarah Borges said about “House on a Hill” in her thick, unmistakable Boston accent. Sarah is very real, she writes great songs, she knows how to engage an audience — and that has won her a small but devoted following who gathered recently at the Pearl Street Warehouse in DC.

On June 28 at Pearl Street, Sarah got into her roots. She is a working-class musician, and her second number of the evening, “She’s A Trucker,” was all about that. During the pandemic, forced off the road, she got a job as a courier, transporting all sorts of things — even, if I recall correctly, kidneys. She was not shy about mentioning smoking plenty of joints, a theme that carried over into the next song, “Wouldn’t Know You,” which she explained is “about a friend who has 16 rather 7 drinks” (I checked my notes, and those appear to be the correct numbers, though I would be legally dead far short of either) and “smokes too many joints.” (I suspect I might be dating this individual, as last Saturday, in attempt to keep up with her, I reached a point at which I was no longer able to lift my head.)

Watch the official music video for “Wouldn’t Know You” by Sarah Borges featuring Eric Ambel and Keith Voegele on YouTube:

As a side note, Sarah also mentioned that her guitarist, Eric “Roscoe” Ambel had picked up a new axe recently. Roscoe also produces Sarah, and has worked with a number of other independent artists with a similar vibe, like alt-country stalwarts The Bottle Rockets. Roscoe has had a long career a performer and sideman, having worked Joan Jett and Steve Earle, and as a member of the Del-Lords. Sarah turned the show over to him a couple of times, for covers of Nick Lowe’s “12-Step Program to Quit You” and The Rolling Stones’ “Honky Tonk Women,” done honky tonk style.

Continuing on, “Daniel Lee,” was the first song Sarah ever published. It’s “about a man who’s a really big jerk, just like all my songs are.” Later, she said, “We got songs about trying to win people back, trying to get rid of people you no longer want, and songs about people who won’t shut their piehole about my business. Those things go together.” Sarah has a wicked sense of humor, which she showed off with her quip before “13th Floor:” “It’s wonderful that none of you has a job you have to go to tomorrow.”

“Me and Your Ghost,” Sarah explained, “is about going on the town looking for a man.” Shen the mentioned that she hoped the reasonable length of her dress would not interfere with her CD sales but, if photos of her on stage in a bikini in Pittsburgh surfaced from the show the following night, we’d know why.

Watch Sarah Borges perform “Me and Your Ghost” live for Music Fog in Nashville on YouTube:

After “Are You Still Taking Them Pills” by Brennen Leigh and Noel McKay, Sarah mentioned an old favorite drink called “The Powerlounger:” a double shot of Absolut and Vodka. Somehow, this introduced a rockin’ instrumental.

The next song up was about “when you leave with somebody other than the one that brung you, and you get home, and [the one that brung you] is there.” Sometimes, someone tries forcefully to make this happen. In my recent misadventures with online dating, I had encountered someone I was very much trying to avoid, and had two mistakes: I had started texting with her, and I had shared concrete details about where and when I was going to be. I was planning to meet someone else at a Lucinda Williams concert a few weeks ago, and this individual attempted to insert herself into the equation, making this song a reality. I was not interested in pursuing this, and had to politely but firmly my tell my stalker, “I’m sorry, but you need to go.” Had you told me even a few months I would have a stalker, I would have told you you were smoking too much crack.

“Wasting My Time,” she told the audience, is “not especially cheerful, but it has a good beat, and you can dance to it.” “Lucky Rocks” is about a trip a witch in Salem, and there was a bit of a side discussion of a missed career as a hand job technician. (It’s probably a good thing this show was limited to 21-and-over.) She ended the main set with “Lucky Day,” about hanging out with her new boyfriend and current bassist Keith in his hometown of Springfield, Illinois; she talked about how hard it is to find love. (Which I suppose is true for some people, and to be honest, I spent decades unable to find interest, gave up for a while, get back online a few months ago, and knocked it out of the park with the first woman I met off a match, after a woman almost flew in from Chicago. Go figure.)

Sarah dispensed with the theatrics of leaving the stage, and for her “encore,” she performed the title cut of her latest album, Together Alone, along with a song written by Big Al Anderson of NRBQ, “It Come To Me Naturally.” She joked about how she fibs about what this song is about when there are young ‘uns present.

Sarah is always a good time, the songs are always great, and this time was no different. This is real rock ‘n roll, and it’s a lot of fun.

Here are some photos of Sarah Borges performing at Pearl Street Warehouse on June 28, 2022. All pictures copyright and courtesy of Mark Caicedo. 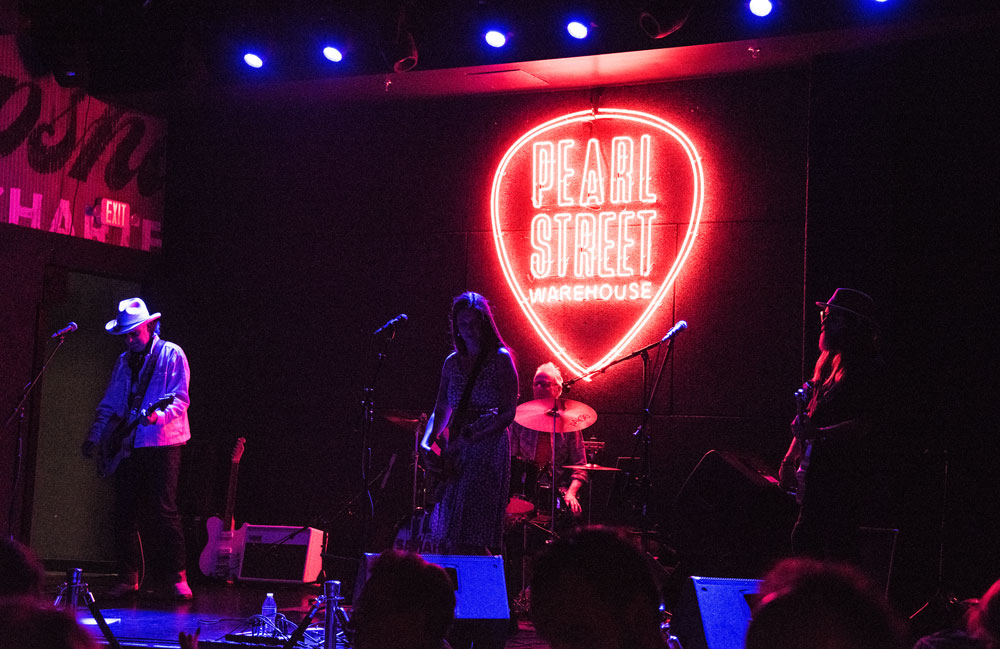 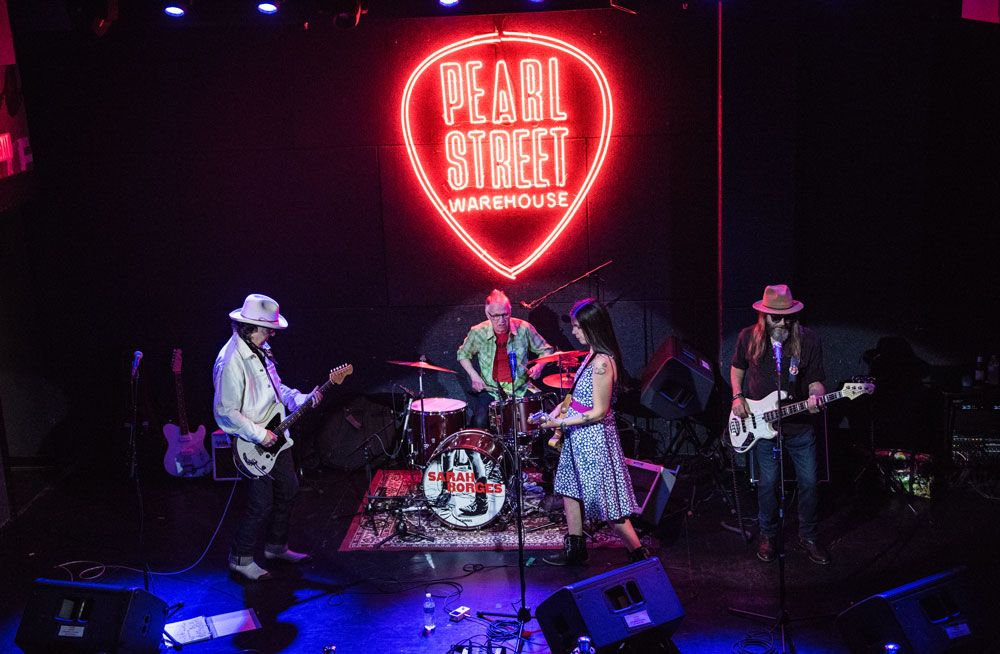 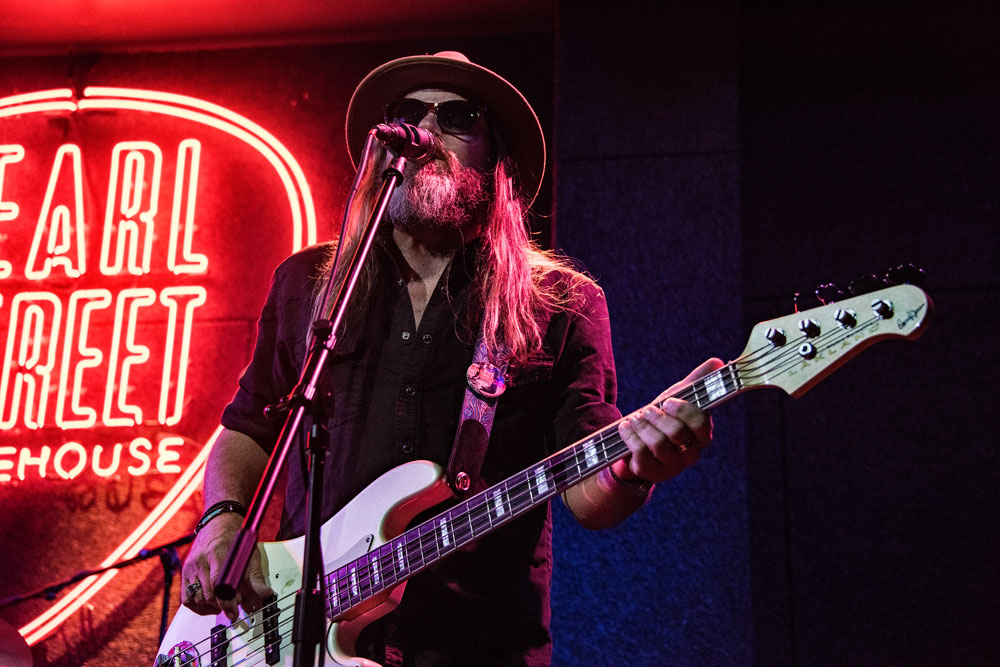 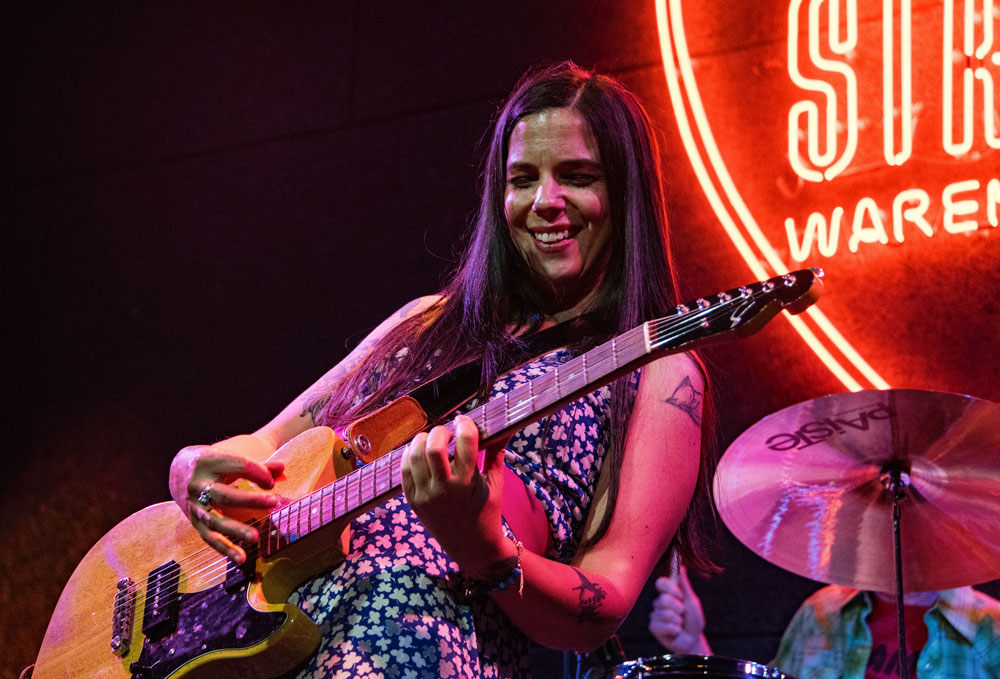 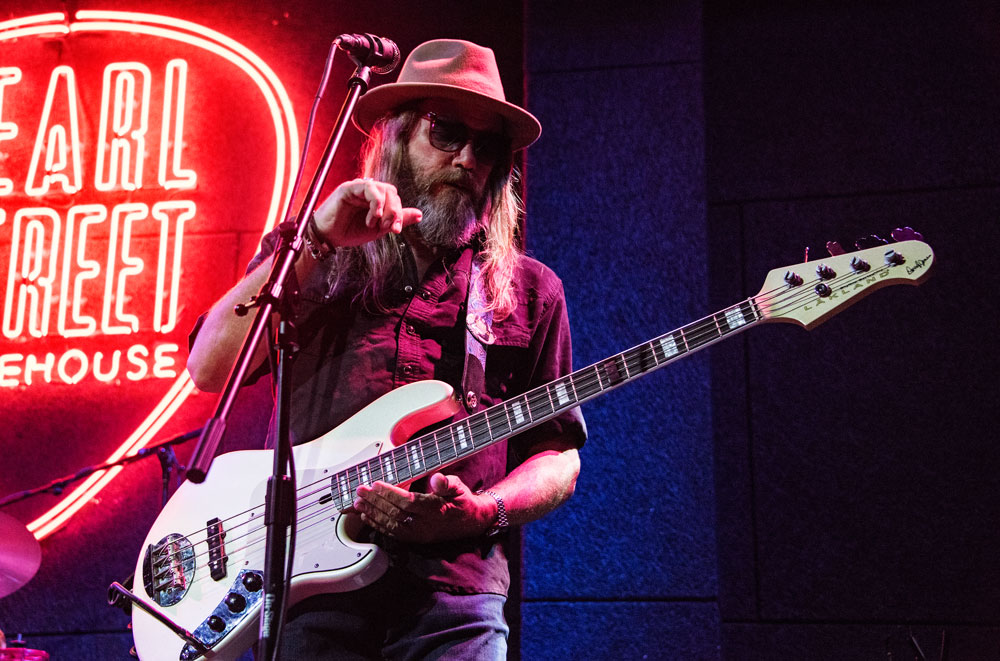 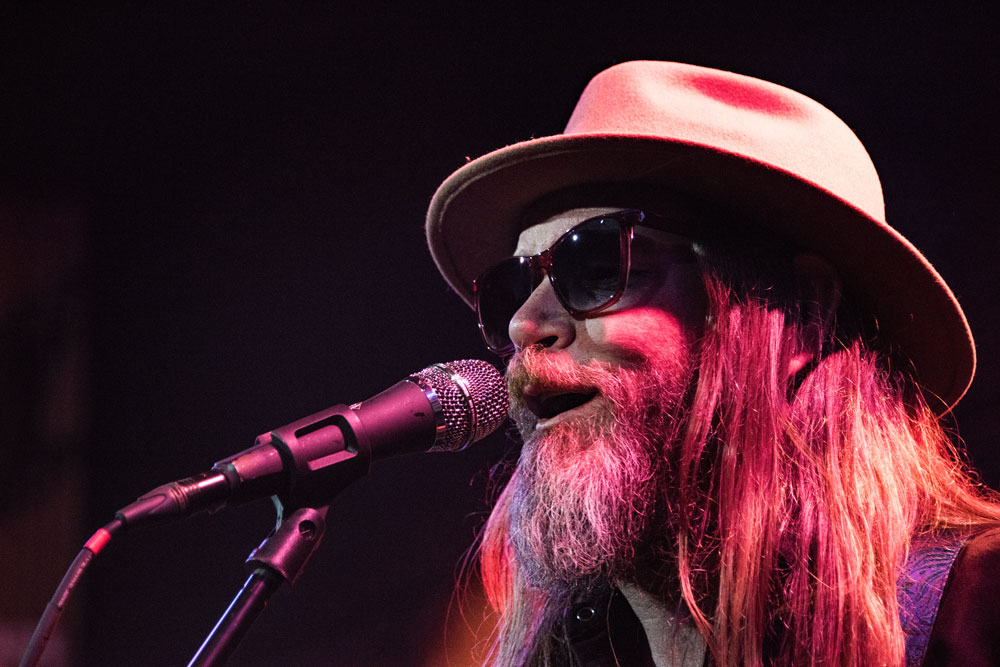 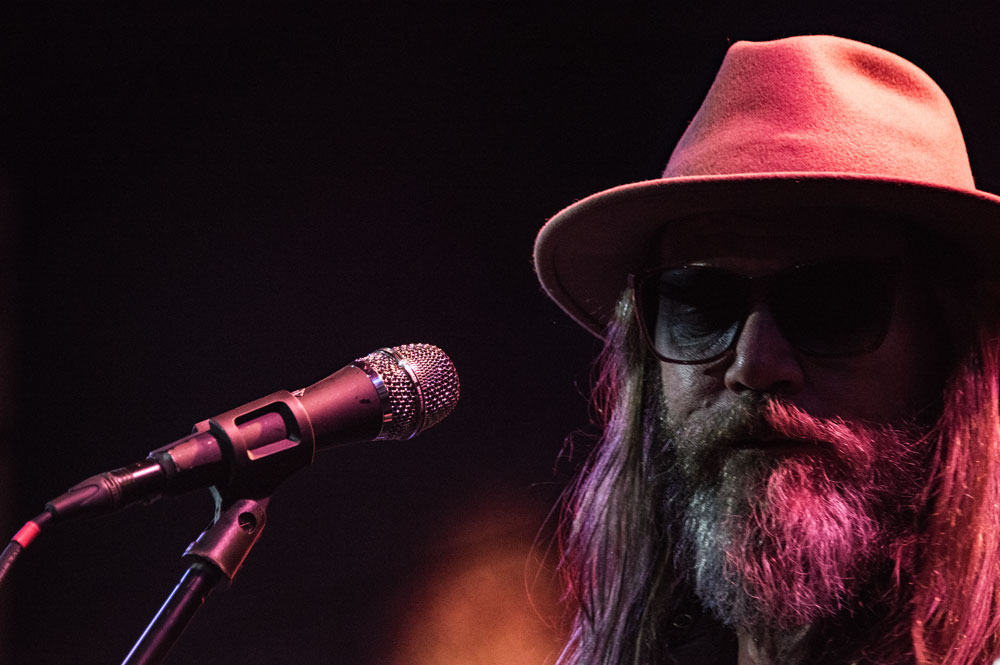 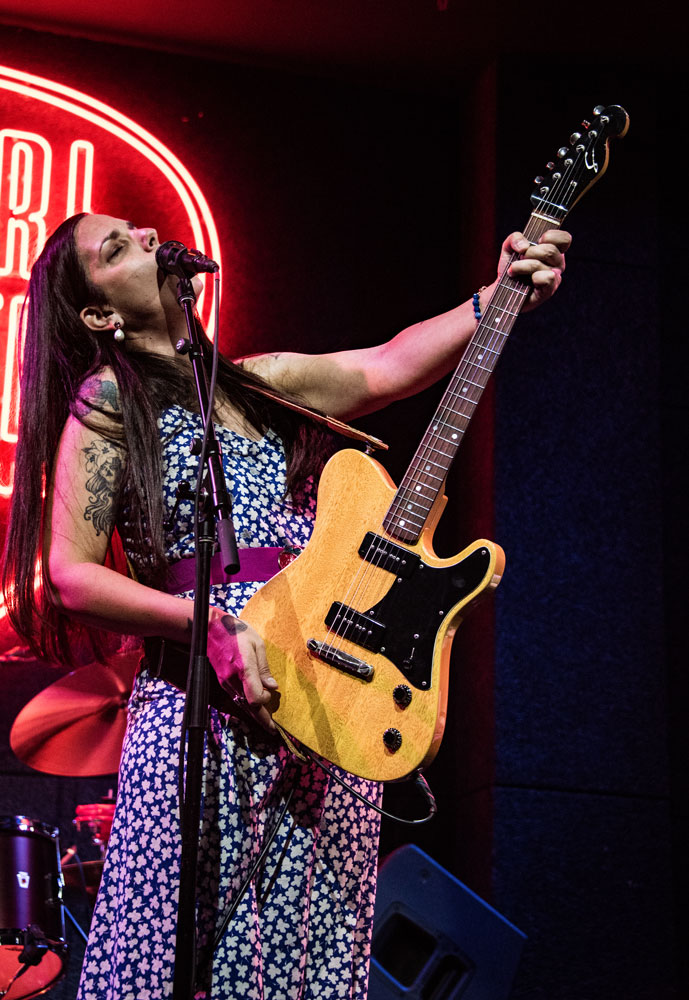 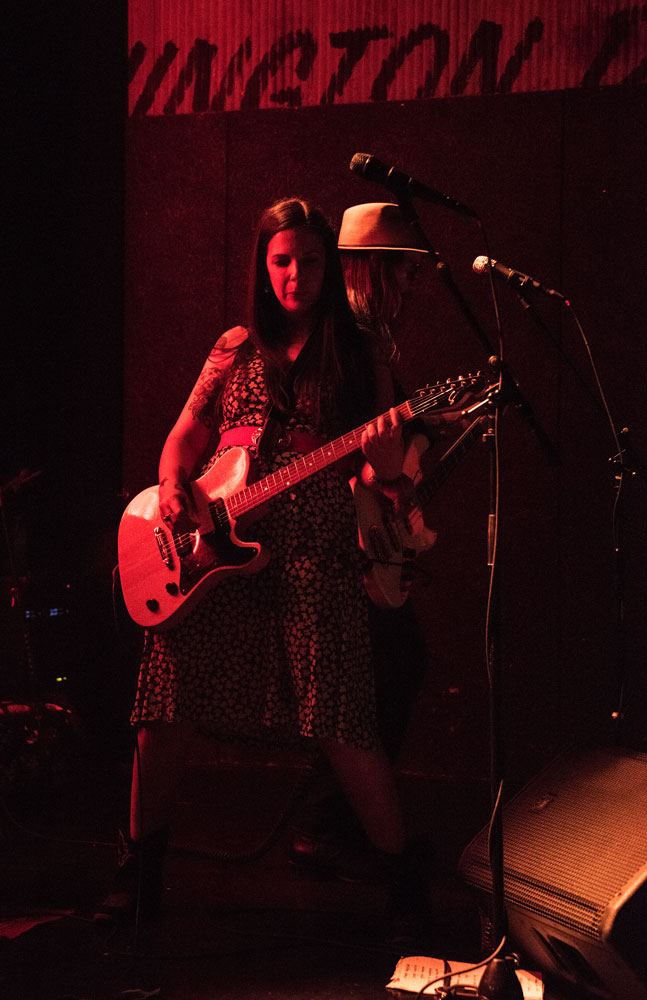 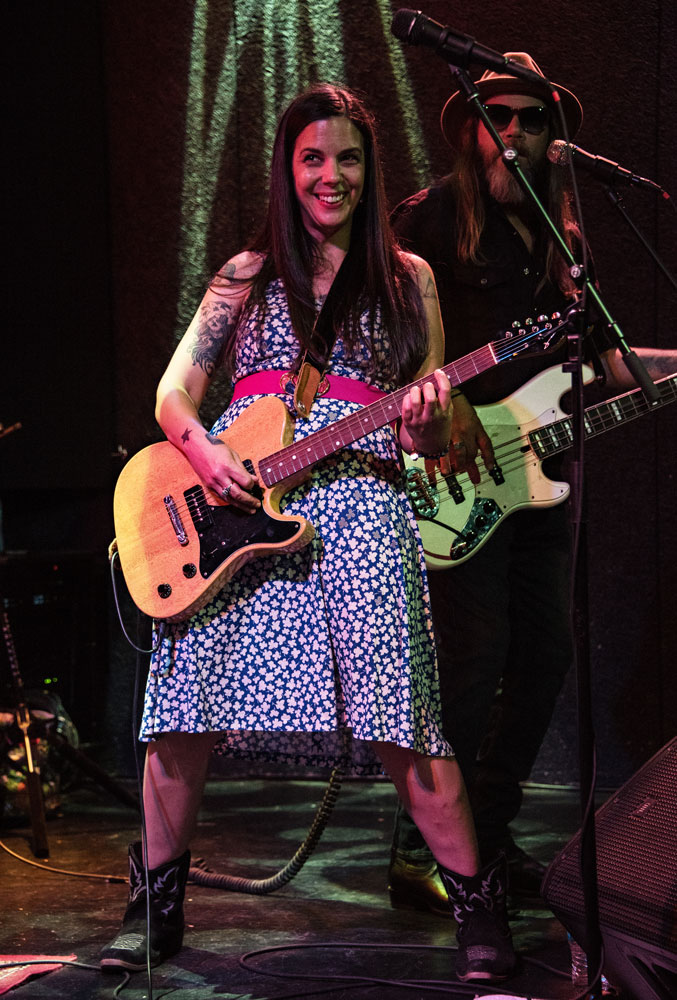 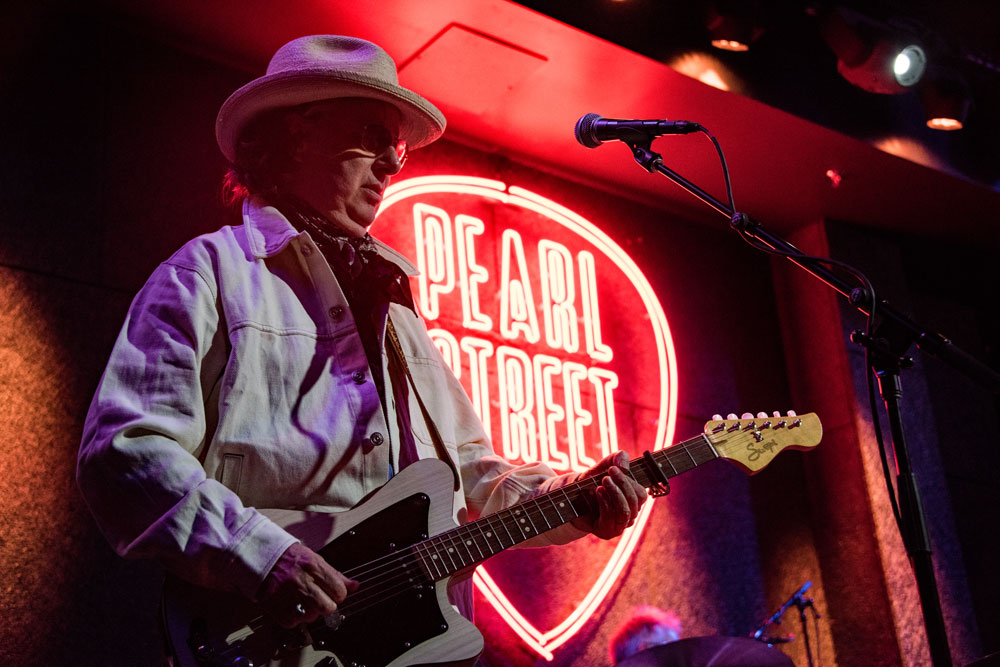 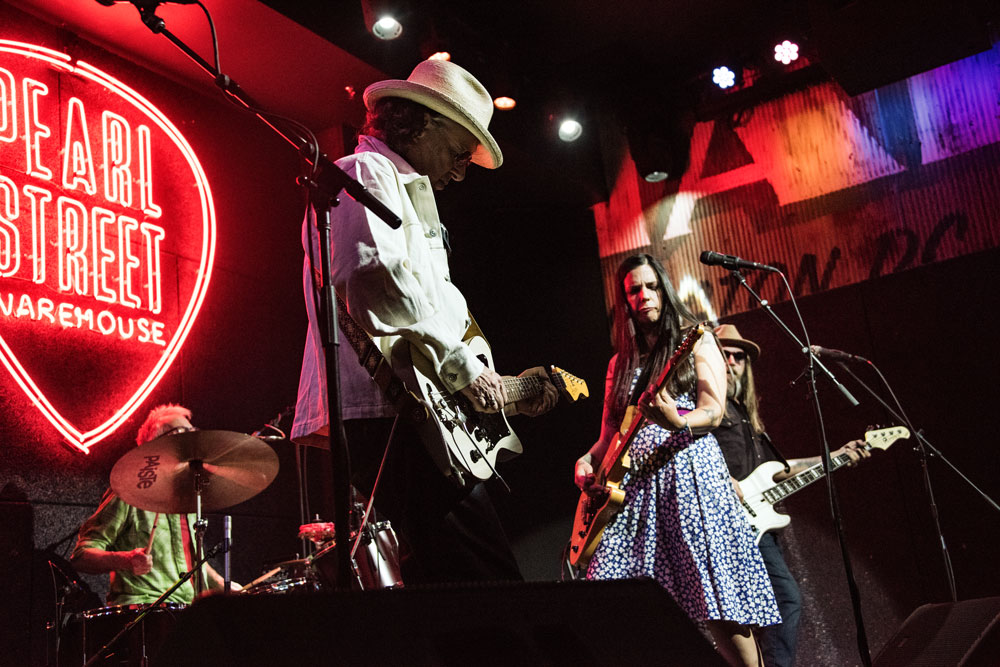 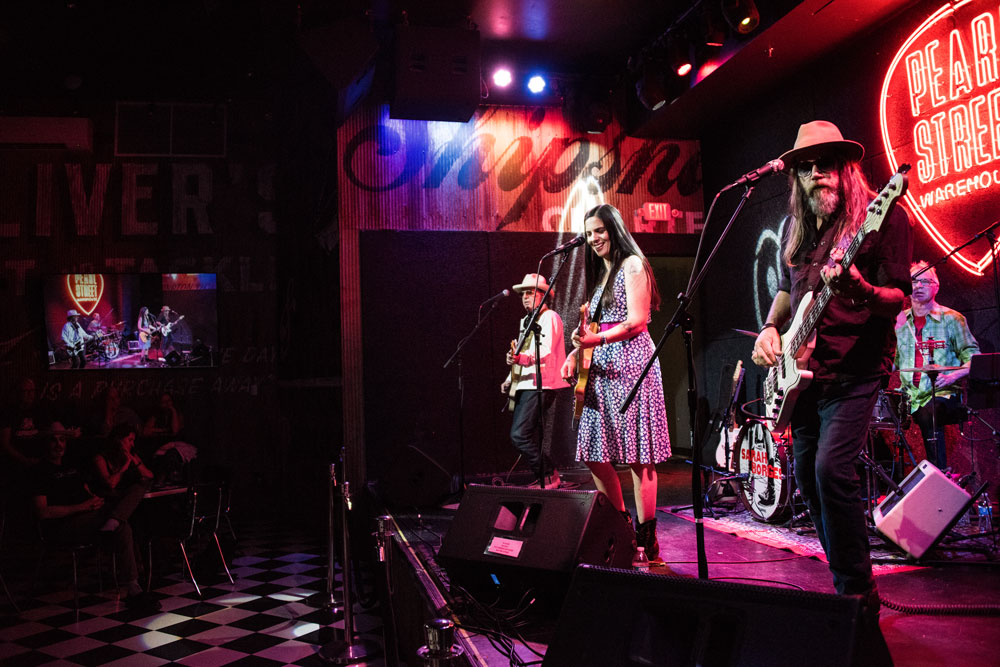 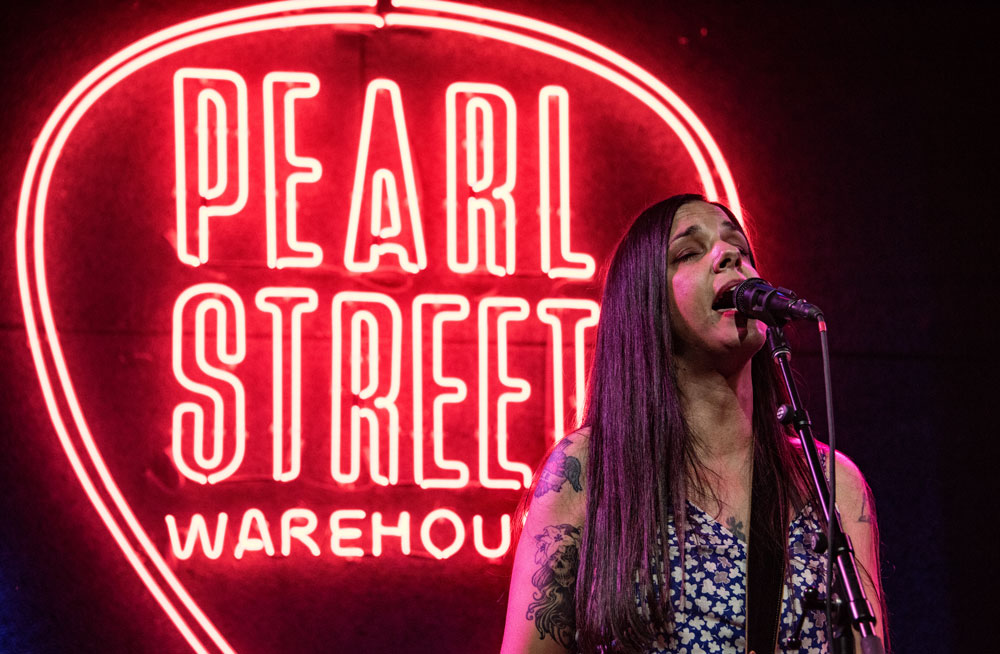 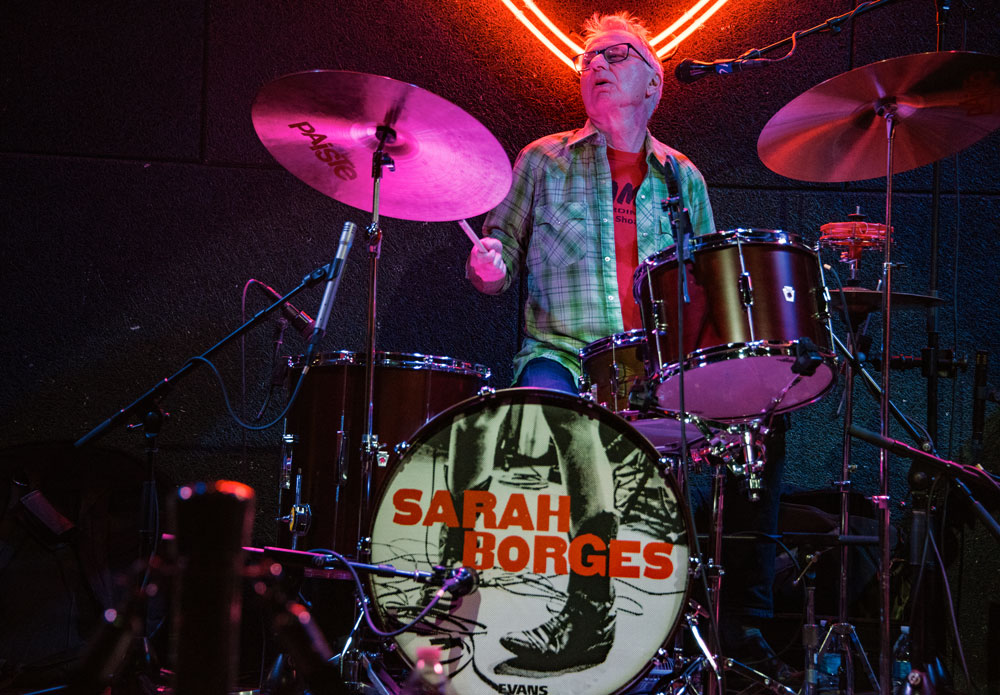 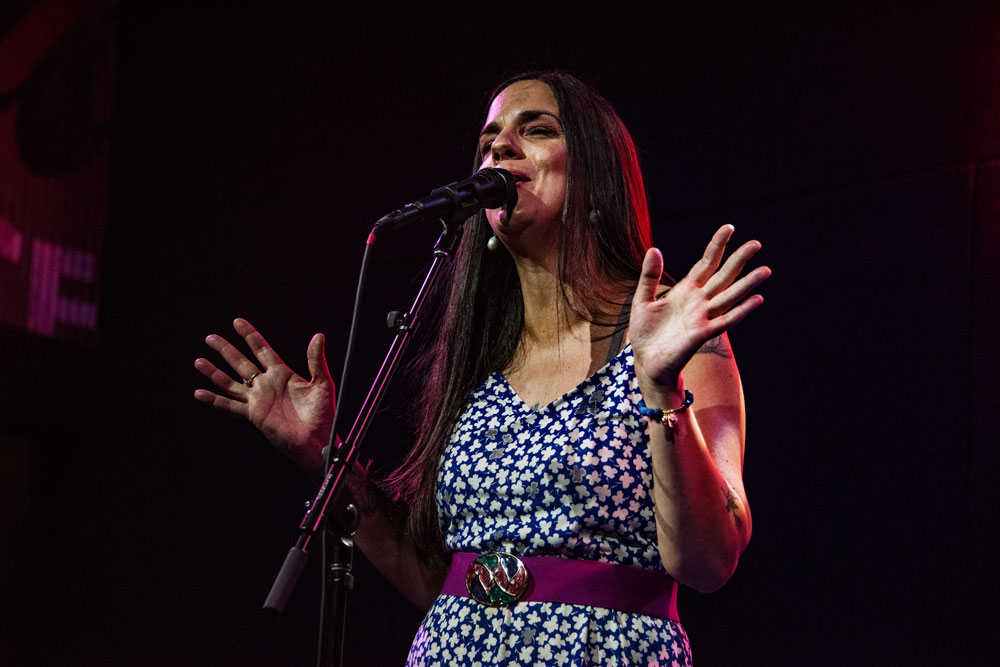 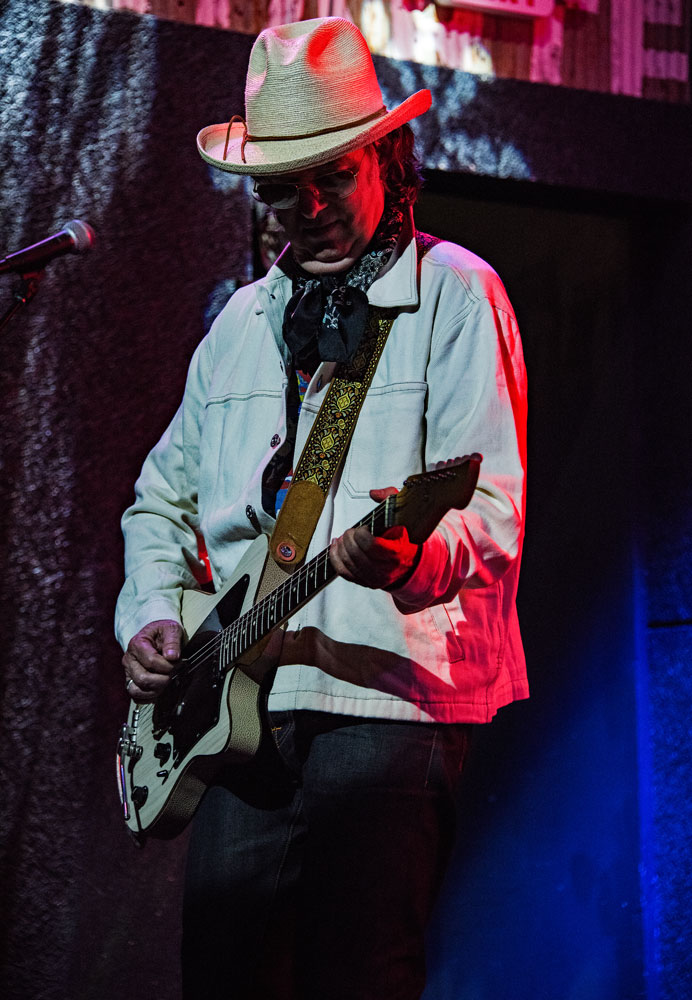 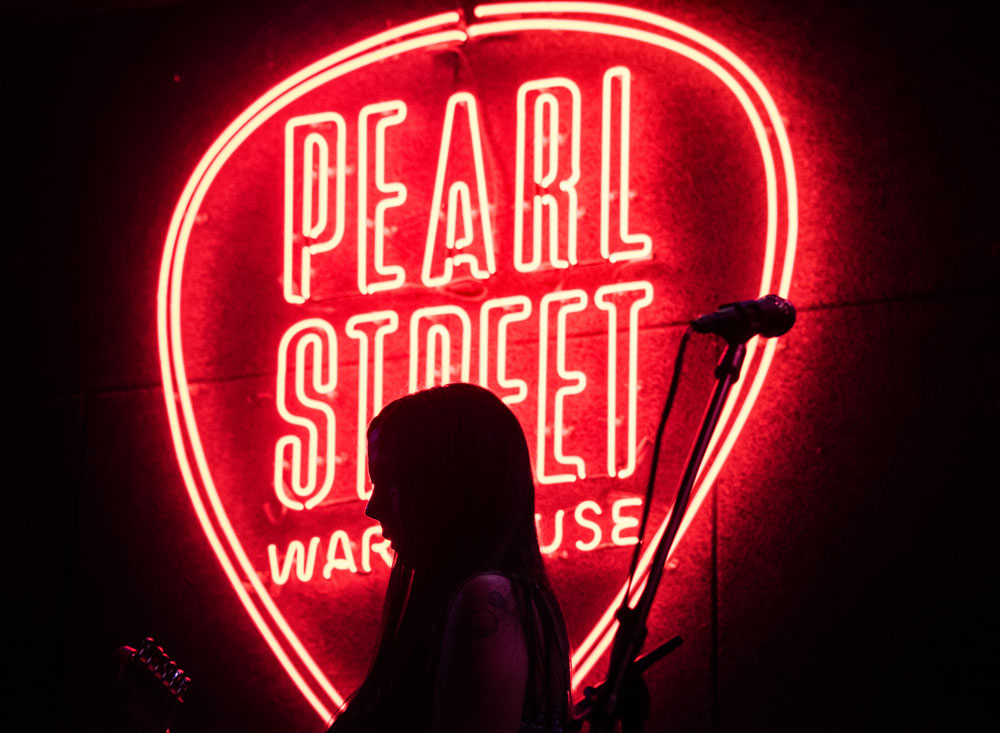 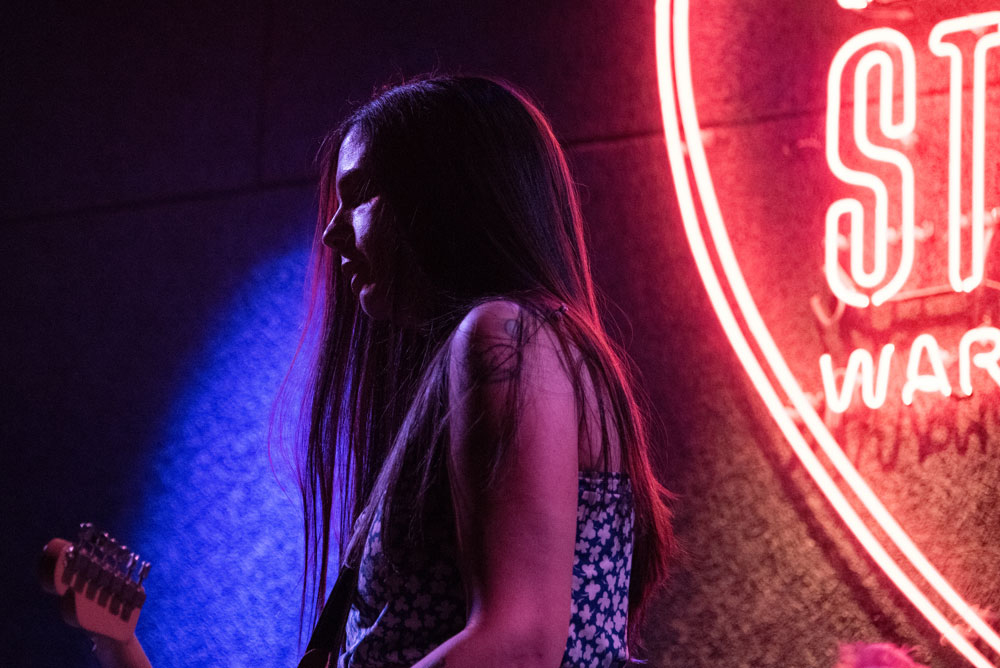 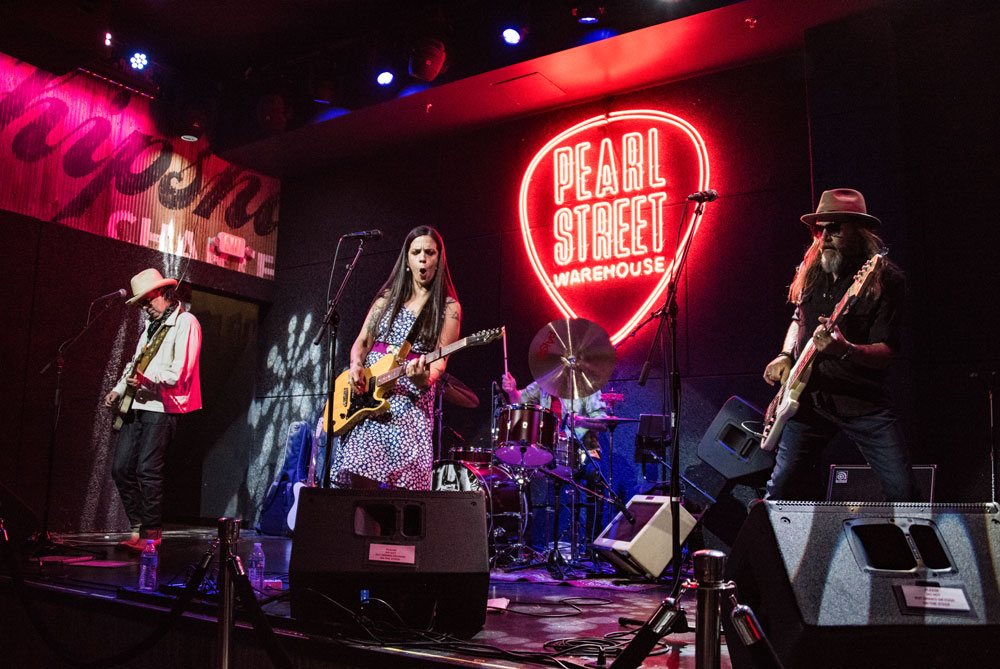 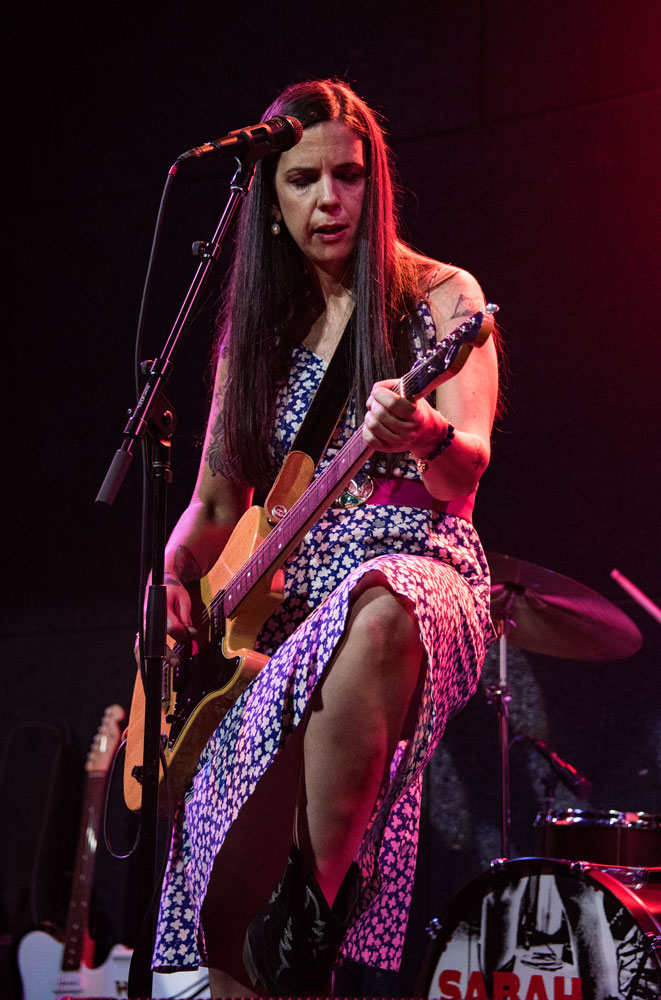