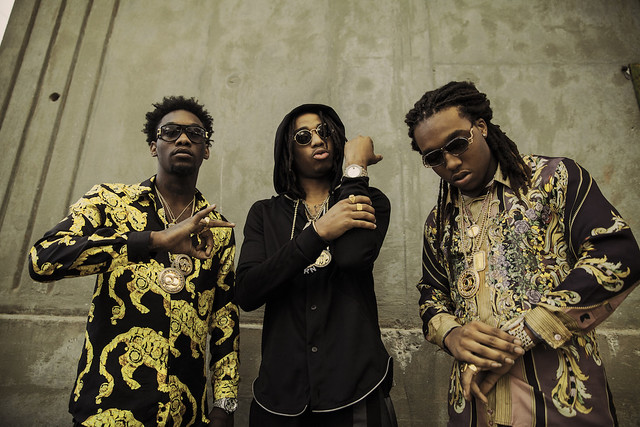 Hailing from the suburbs of Atlanta, Quavo (Quavious Marshall), Takeoff (Kirshnik Ball), and Offset (Kiari Cephus) debuted in 2013 with their single “Versace” and then went on to release their debut album Yung Rich Nation in 2015 after a few years of mixtapes. The new album features collaborations with DJ Khaled, Gucci Mane, Travis Scott, Lil Uzi Vert, and 2 Chainz.

Lauding the new album on Pitchfork, Paul A Thompson wrote, “On Culture, their world is richly rendered, full of hopes and paranoia and unbridled joy. This gives the Migos the last laugh on those who thought they’d never crack the retail album format, marked all the while by the knowledge they never needed one to succeed. It’s a definitive work.”

Buy your tickets online. (Note this link appears to be working intermittently for some reason? The show may be sold out.)