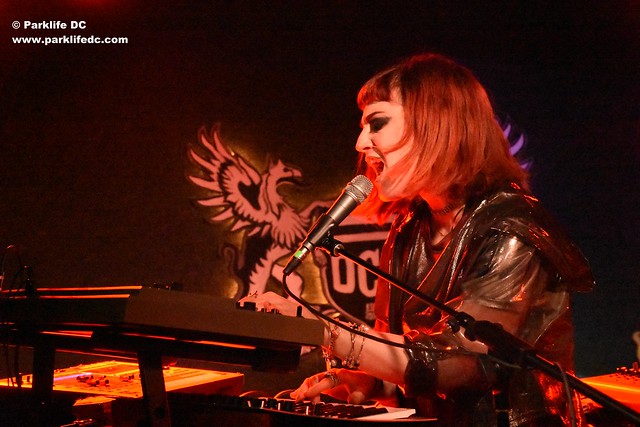 Charivari, according to Wikipedia, is “a folk custom in which the community gives a noisy, discordant mock serenade, frequently with pounding on pots and pans.” “Shari Vari” is also an electronic song from 1982 by A Number of Names, later covered by Detroit synth duo Adult.

Most importantly, Shari Vari is the nom du guerre of a Philadelphia musician who tours as Void Vision, and Void Vision opened for Adult. (somehow completing a circle) at DC9 on Thursday, May 11, in a synth show destined to please electronic enthusiasts of all stripes. Void Vision certainly wasn’t “a noisy, discordant mock serenade,” however! Certainly, just the opposite — deep, affecting, and melodic. (Hey, check out our review of Adult. while you’re here.)

Void Vision’s most recent effort is the very polished Sub Rosa, published via Mannequin Records in 2014. Listen to Sub Rosa by Void Vision on Bandcamp:

As you can hear on the album, Void Vision is fond of rolling synths with pounding electronic drums. Shari sings simply and eleganty, favoring repetition. She deploys her voice as an instrument alongside the synthesizers, breathing warmth into a mechanical environment.

The synths occasionally become quite frenetic in the manner perhaps of Thomas Dolby meets A Flock of Seagulls when both are feeling busy, such as on Sub Rosa’s “The Source,” which only recently received a new video treatment. The echoing, resounding vocals are occasionally appropriately ghostly.

In concert, Shari was the real deal, focused on her analog equipment, which surrounded her on DC9’s stage. Imparting words to her synthpop almost came as a gracious afterthought to the work of brightening the room with full electronic sequences. I’ve seen Void Vision perform on three occasions now, and each time over a period of several years she grew significantly in poise and dexterity on her synthesizers, which purr like kittens to her touch.

Void Vision remains on the road in Canada on May 19 and 20 prior to returning home to Philadelphia, where she will undoubtedly play some more shows soon. She has a show scheduled for June 2 at 52Hz, so check her out there if you don’t know her yet (or see her again if you’re already an admirer). 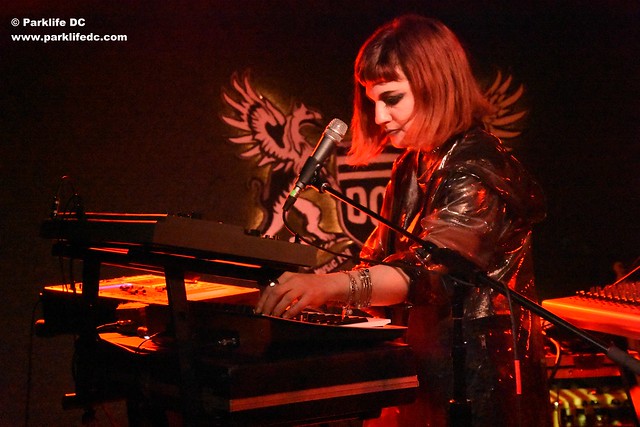 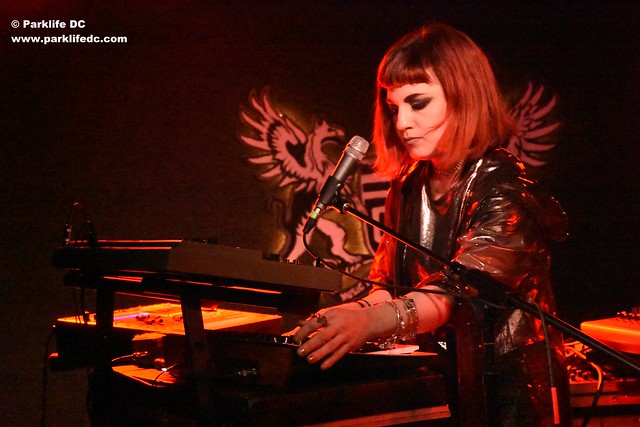 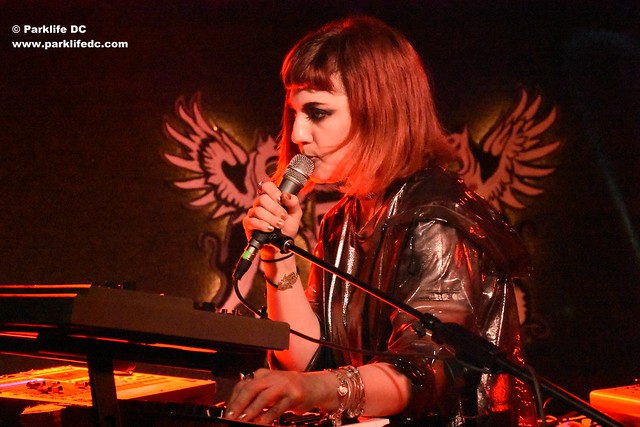 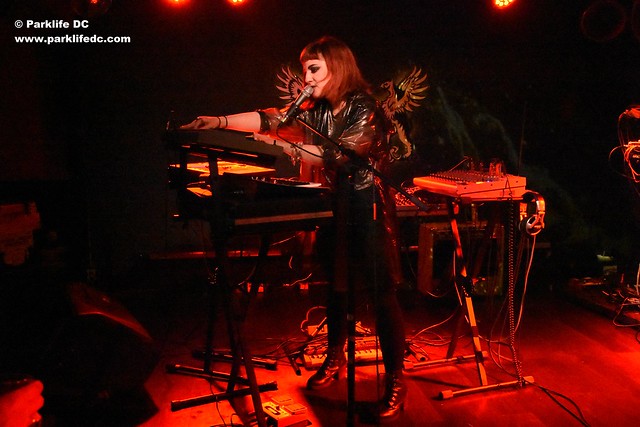 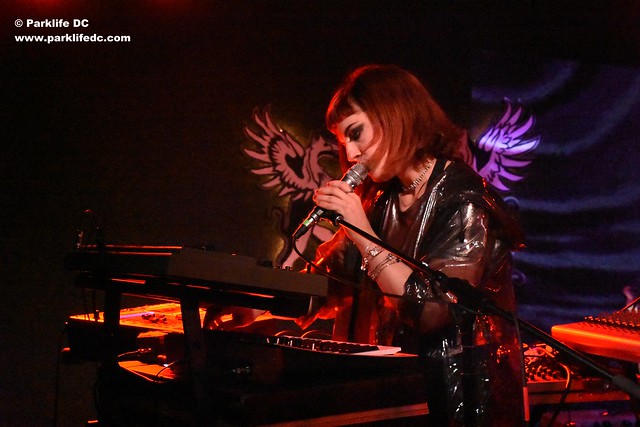 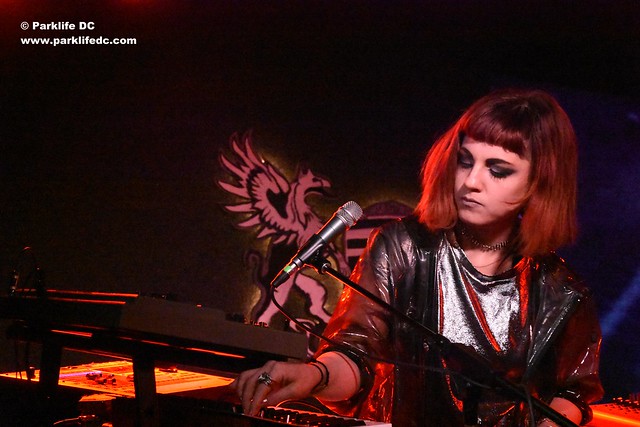 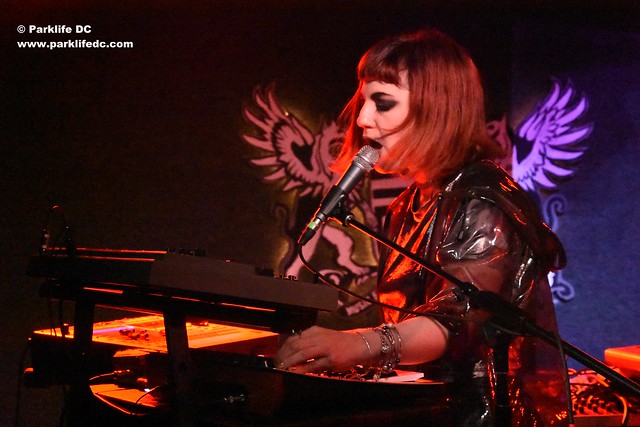 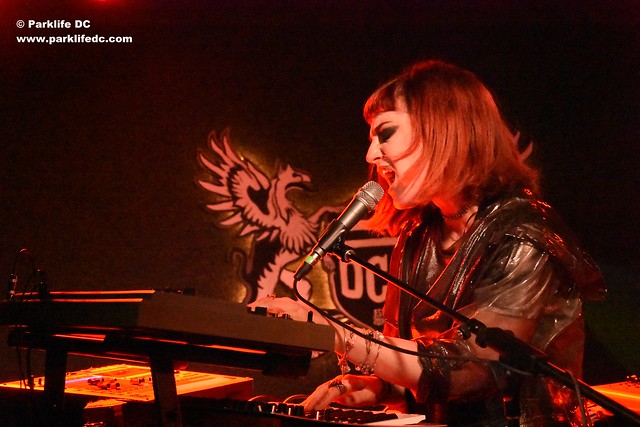