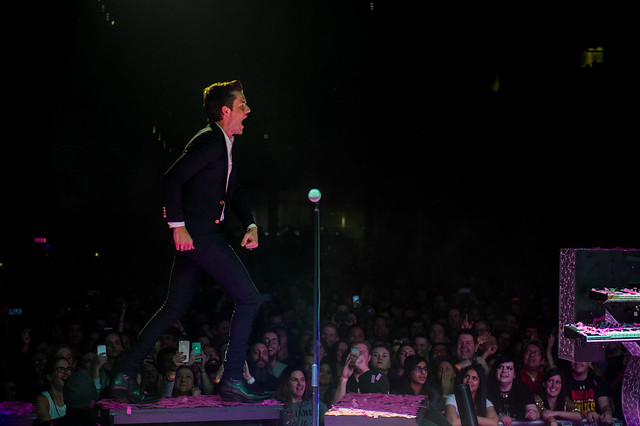 In a sold-out show at The Anthem on Wednesday, The Killers reminded us that they hail from Las Vegas — and in Las Vegas, folks know how to put on a big, stupendous show. Frontman Brandon Flowers and company brought it all — great music, neon videos, and gold suits — in support of touring their fifth studio album, the aptly named Wonderful Wonderful.

The Killers opened the show with “Run from Cover” from the new album, released last September by Island Records. From the first moment, the dapper Mr. Flowers threw himself into the performance, pouring every ounce of his considerable charisma into each song in a way that convinced us he was singing directly to each and every person there instead of roughly 6,000 music lovers at once.

All in all, The Killers played 20 songs, dedicating a fifth of the show to the new album. The new songs really came to life in concert as Brandon rolled them out smartly, introducing us to fresh favorites “The Man,” “Rut,” and “The Calling.” The band also gave their second album, Sam’s Town its due with four selections, including the anthemic “Read My Mind” toward the end of the set.

But it truly was their 2004 debut record that won they day — The Killers performed six songs from Hot Fuss! The band hit “Somebody Told Me” as the third song in their set, and the crowd danced itself into a frenzy, singing along to every word as loud as they could. Brandon strutted from one side of the stage to the other as addictively glam notes from from the band filled our ears — with the assistance of the impressive sound system at The Anthem of course.

At the end of the main set, The Killers played a rousing rendition of “All These Things That I’ve Done” from Hot Fuss, and the band’s very strong trio of backing singers truly made their mark. Positioned stage right behind a set of female sex symbols, the ladies provided a fine complement to Brandon on keyboards at center stage behind a male sex symbol. The entire room again sang along with the band to the song’s catchy refrain, “I’ve got soul but I’m not a soldier.” Toward the end of the song, a shower of streamers and confetti dropped from the roof and onto our ends, creating festive visuals to augment the sonic celebration of the song.

And the last song of the night was “Mr. Brightside,” truly the song of a generation. Brandon returned to the stage for the four-song encore in a shiny gold suit in one of the most memorable costume changes of recent years. The singer shined literally as well as figuratively as he brought the house down with his call to march forward after the pain of lost love.

The biggest surprise of the night actually came not from The Killers but from an appearance by DC-area musician Joe Pug, who joined The Killers for a performance of his song “If Still It Can’t Be Found” halfway through the set. Brandon introduced the number as “one of those songs you wish you had written” after welcoming the Prince George’s County native to the stage. The song’s accessible Americana proved a nice accompaniment to The Killers’ own brand of agreeable heartland rock, and the pairing seemed perfectly natural after the initial curiosity.

The Killers perform tonight, Jan. 12, in New York City, and the band stay on the road to wrap their US tour in Salt Lake City on Feb. 6. Then, The Killers tour Europe. Go see The Killers for an old school rock concert, full of wonderful music and terrific charisma.

Here are some pictures of The Killers performing at The Anthem in DC on Wednesday, Jan. 10, 2018. All photos courtesy of Rob Loud. 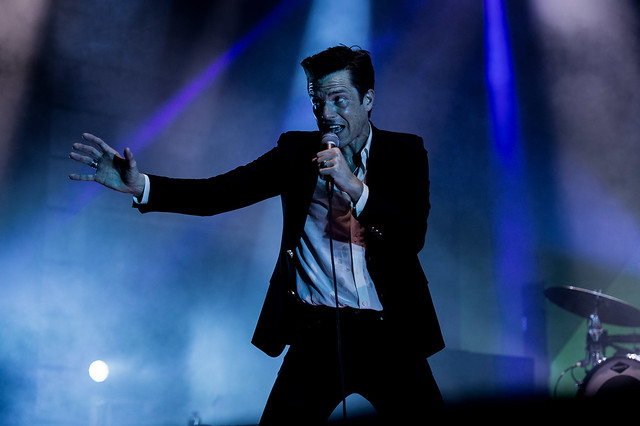 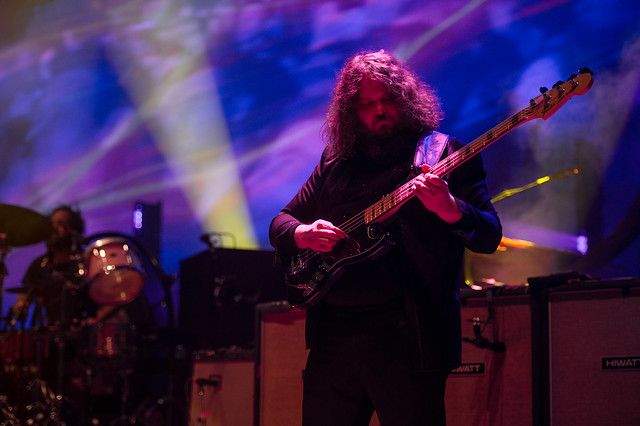 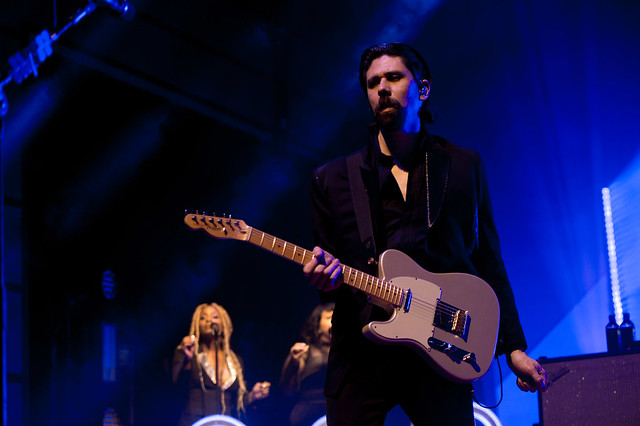 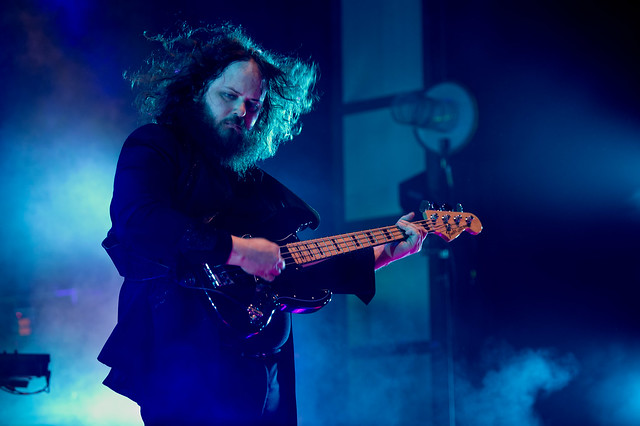 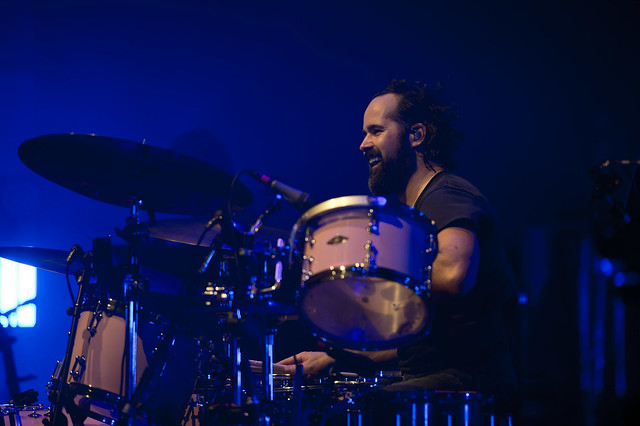 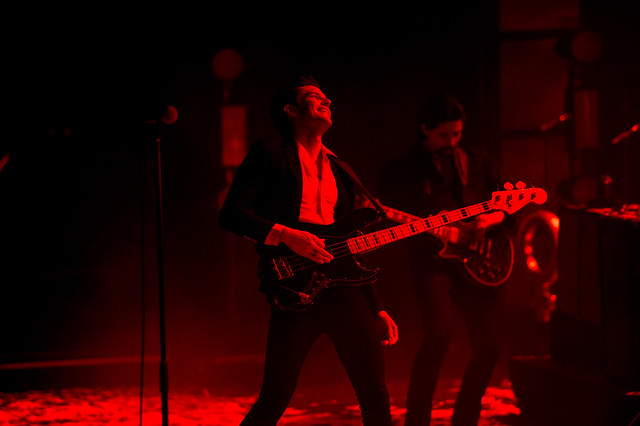 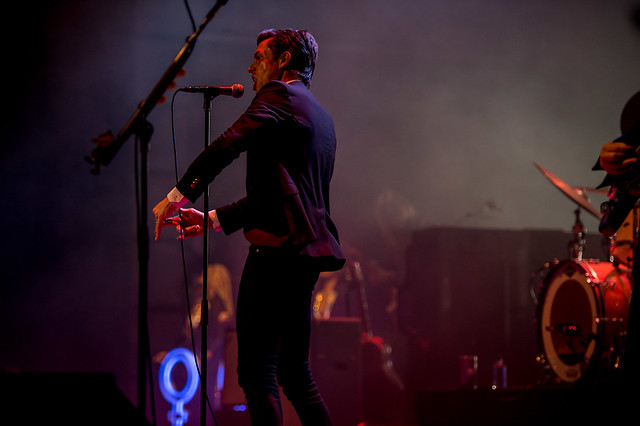 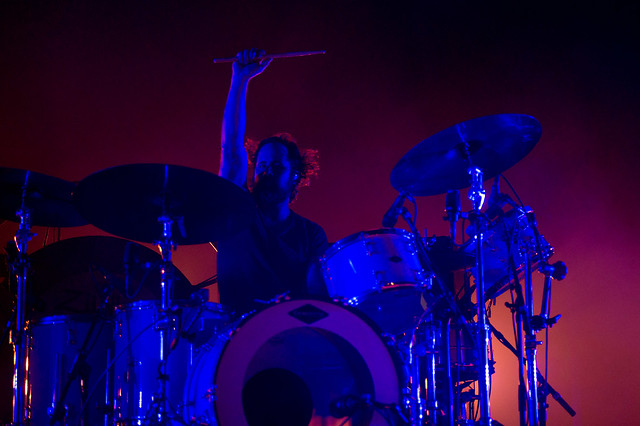 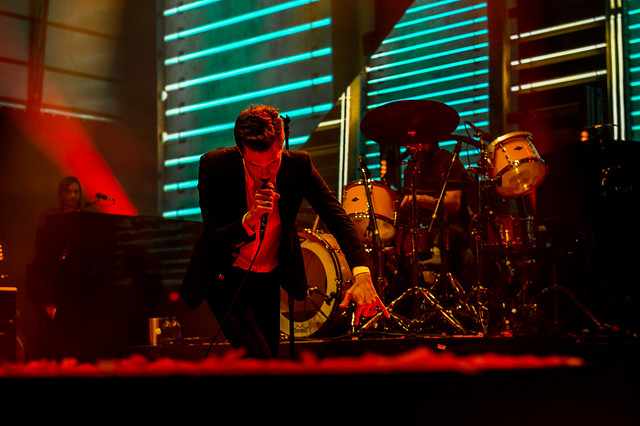 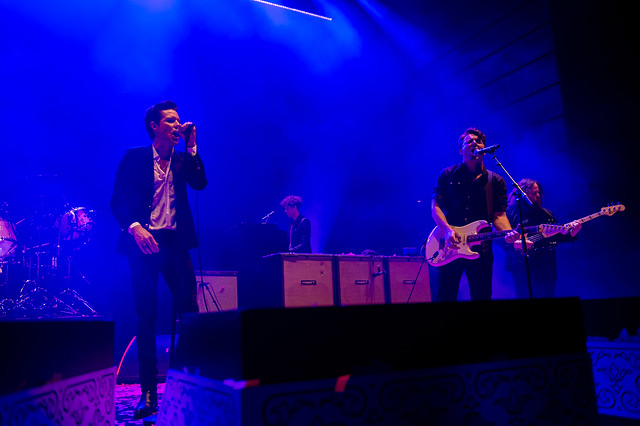 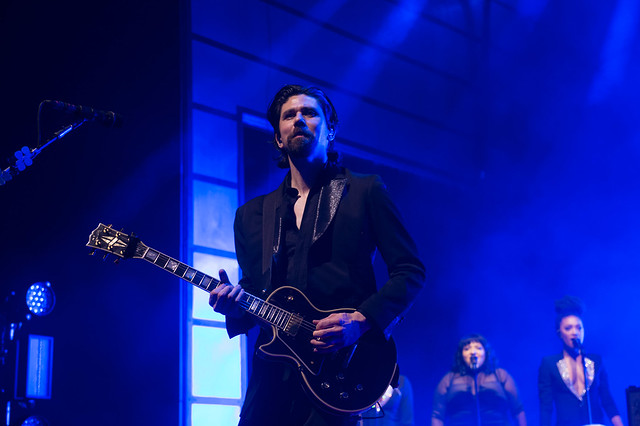 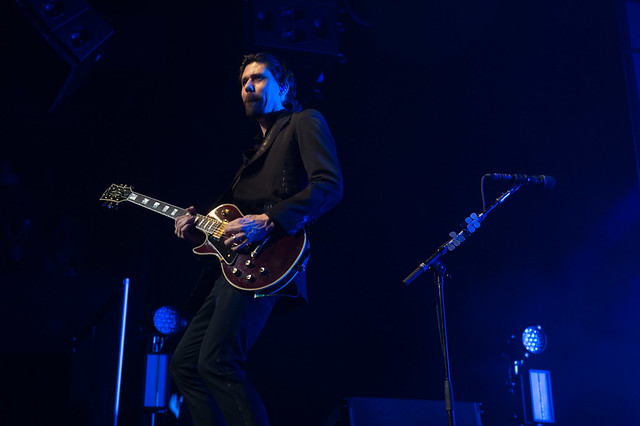 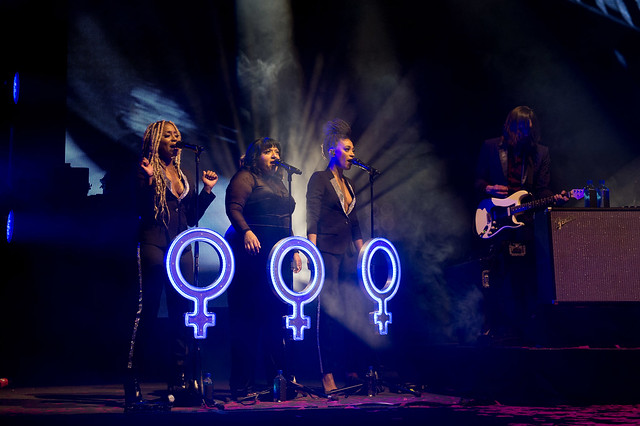 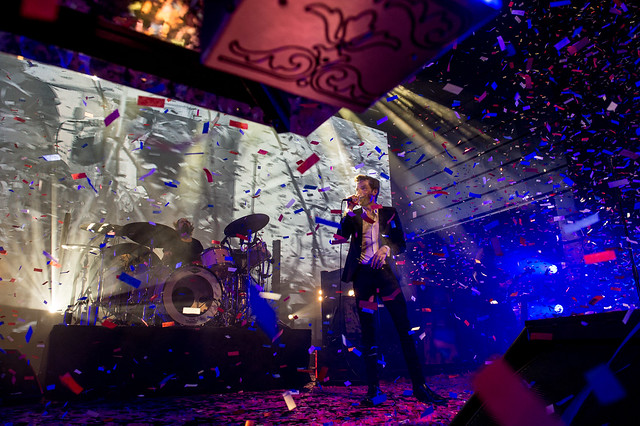 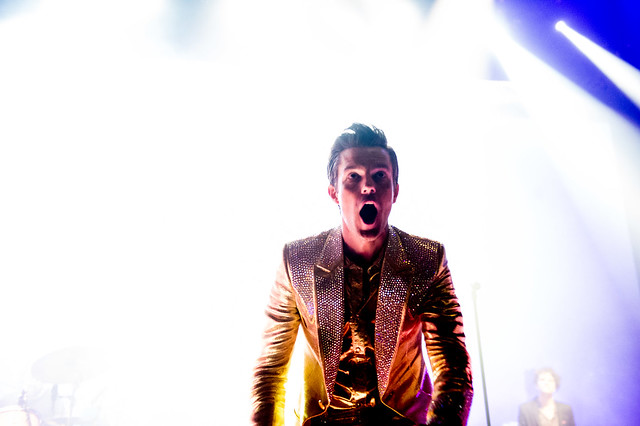 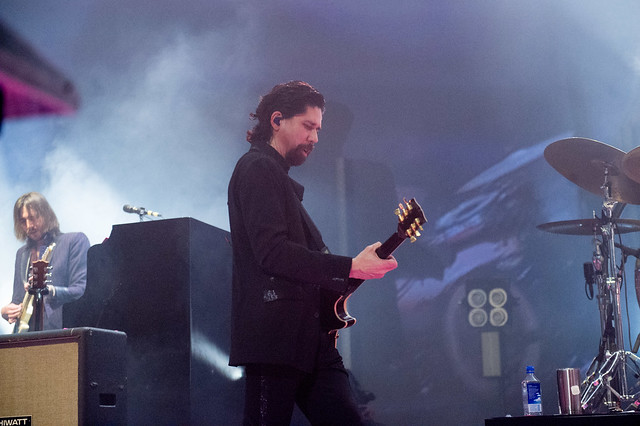 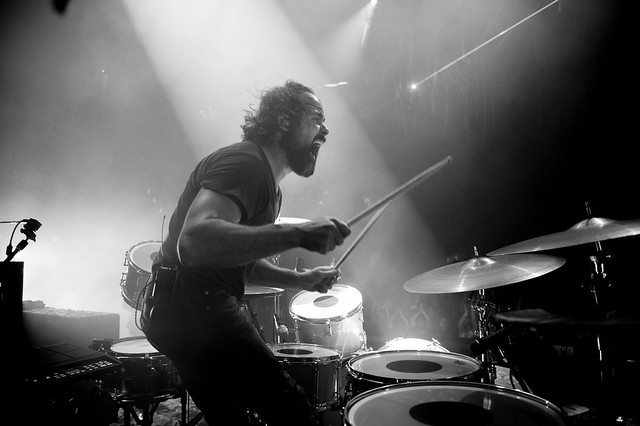 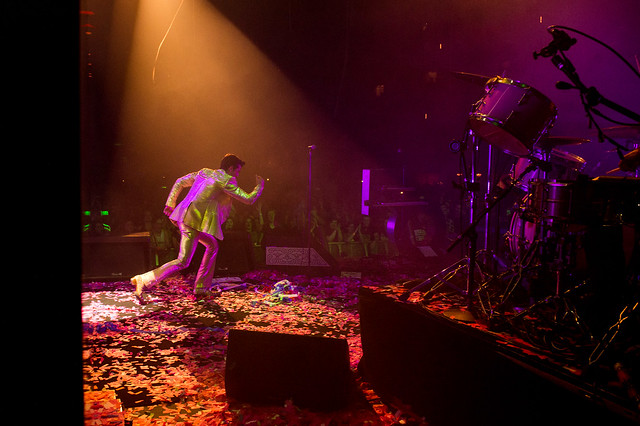 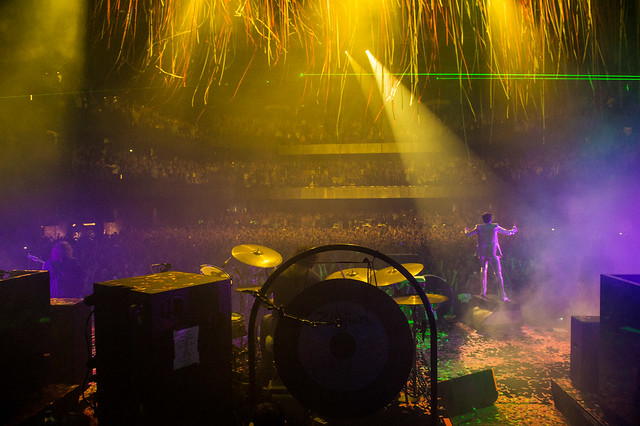