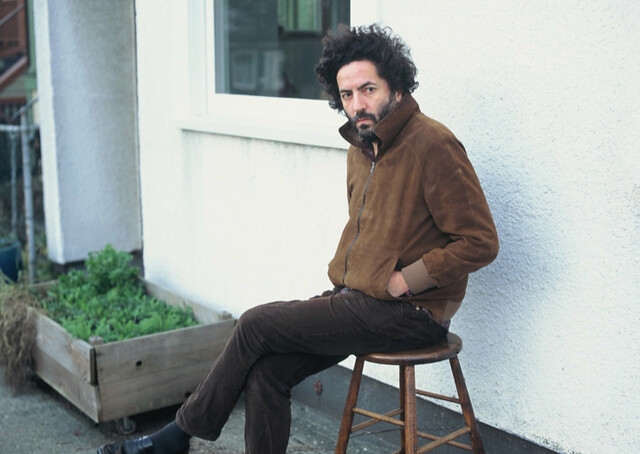 At the start of their tour, Destroyer shared a new video for “Stay Lost” from ken. Band leader Dan Bejar called the video “a user’s guide to the world,” as it tells the story of an aimless yet determined craftsman building a world for himself.

Said Maxwell McCabe-Lokos, the video’s director, “The video tries to capture the song’s wit and ability to portray someone’s preoccupation, their metaphysical condition, with so few words. Stay Lost — an endorsement for those who don’t fit, for those who will build their own totems, and revel in their ability to do it.”

Watch the official music video for “Stay Lost” by Destroyer on YouTube:

Reflecting on the title of the new album, Dan said, “Sometime last year, I discovered that the original name for ‘The Wild Ones’ (one of the great English-language ballads of the last 100 years or so) was ‘Ken.’ I had an epiphany, I was physically struck by this information. In an attempt to hold on to this feeling, I decided to lift the original title of that song and use it for my own purposes.

“It’s unclear to me what that purpose is, or what the connection is. I was not thinking about Suede when making this record. I was thinking about the last few years of the Thatcher era. Those were the years when music first really came at me like a sickness, I had it bad. Maybe ‘The Wild Ones’ speaks to that feeling, probably why Suede made no sense in America. I think ‘ken’ also means ‘to know.'”

In a review for AllMusic Guide, Marcy Donelson expressed approval for a “synth-heavy post-punk complexion” adopted by Destroyer for Ken.

Sounds like a good time to see Destroyer! Buy your tickets online.