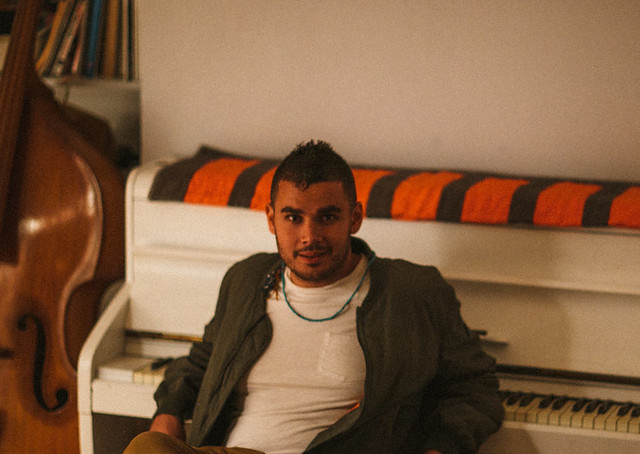 “If you’ve never seen me perform, it’s always with strings — usually a string quartet, live percussion, and video projections,” Rostam said in a tour announcement. “I’m so psyched to see you out there on the road in January, February, and throughout 2018.”

Rostam is a highly admired producer, who has produced all three Vampire Weekend albums as well as music for Haim, Charli XCX, Frank Ocean, and others. His debut album features 15 songs that he wrote and produced in his home studio in Los Angeles. Rostam originally hails from DC, where he lived prior to attending Columbia University and meeting his former bandmates in Vampire Weekend.

Watch a lyric video for “Half-Light” by Rostam featuring Kelly Zutrau of Wet on YouTube:

Critics have praised Rostam for finding a new path sonically distinct from that of Vampire Weekend. In a review, Vulture said, “The album glows with romantic turmoil and raw nostalgia… There is certainly a bit of pain in [Rostam’s] remarkably compelling voice. But it’s also so airy and whispery in tone, so sincere… that it sounds like he’s feeling the entire spectrum of emotions, and feeling them hard…”