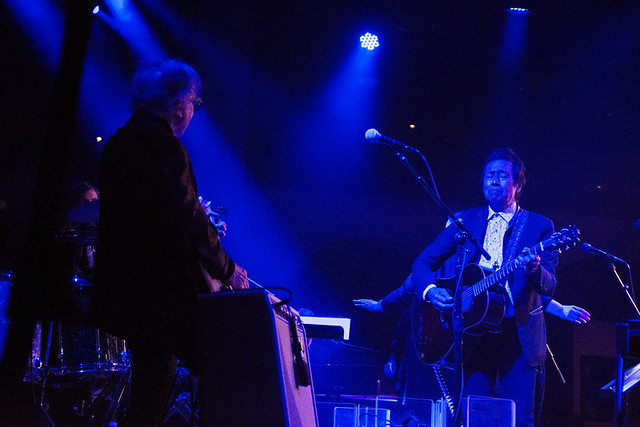 Alejandro Escovedo performs at The Hamilton on Jan. 16, 2018. (Photo by Mark Caicedo)

Alejandro Escovedo plays like his life depends on it. That most artists feel that existence-affirming drive to create is a given; for Escovedo the sentiment is literal. Alejandro opened the East coast leg of his “A Man Under the Influence/Think About the Link Tour, presented by Prevent Cancer Foundation” at The Hamilton Live on Jan. 16 to an enthusiastic and adoring crowd.

On this tour, Alejandro Escovedo is playing his landmark 2001 album, A Man Under the Influence, to celebrate perseverance and survival, as well as in remembrance of those musicians who have passed from cancer, such as Warren Zevon, David Bowie, and Escovedo’s long-time collaborator, guitarist Joe Eddy Hines.

The Think About the Link Tour has brought together many friends with whom Alejandro has played for years: Chris Stamey, music director; Mitchell Blake (Mitch) Easter, guitar; Hector Muñoz, drums; Mike Luzecky, bass; and Eric Heywood, pedal steel. Opening night started briskly with “Wave,” the lovely “Rosalie,” and the gripping “Across the River.”

With his easy stage presence and relaxed banter, Alejandro introduced almost every song with a little story. “Castanets,” an energetic rocker, was preceded by a bit of political comic relief. It seems that the younger President George Bush had the song on his iPod playlist — a fact that prompted Alejandro to stop performing it for a few years. However, at The Hamilton he said, “But we’ll play it again…now that things seem worse.” In a bit of brilliant pacing, the show slowed down for the next three songs — “I Don’t Need You,” “Wedding Day,” and “Follow You Down” — with each performance featuring the exquisite vocals of Escovedo’s three back-up singers: Caitlin Cary, Tonya Lamm, and Lynn Blakey. “As I Fall” and “Velvet Guitar” finished out the first set in energetic fashion.

After a public service announcement from the Prevent Cancer Foundation (featuring Alejandro), the second set opened with the rarely played “Tugboat.” And as the mood turned to memories of those claimed by cancer, Alejandro’s musical inspiration, David Bowie, symbolized the heartbreak of and triumph over the dreaded disease. The evening’s riveting performance of “Sally Was a Cop” was a clear homage to the late singer but the musical highlight came during the final singalong, the Bowie-penned “All the Young Dudes.”

Most people are unaware of the link that exists between certain viruses like hepatitis C and cancer. To increase awareness, the Prevent Cancer Foundation asked Alejandro (diagnosed with the Hep-C virus in 1996) to serve as its spokesperson. Having seen and experienced his share of medical issues throughout his life (he collapsed after a performance in Phoenix in 2003 and was seriously ill for years afterward), Alejandro is now virus-free.

Although he’s no longer a young man, Alejandro Escovedo is still playing his heart out as if he was. Find his newest album, Burn Something Beautiful on his website at http://www.alejandroescovedo.com. Here are some pictures of Alejandro Escovedo performing at The Hamilton on Tuesday, Jan. 16, 2018. All photos copyright and courtesy of Mark Caicedo. 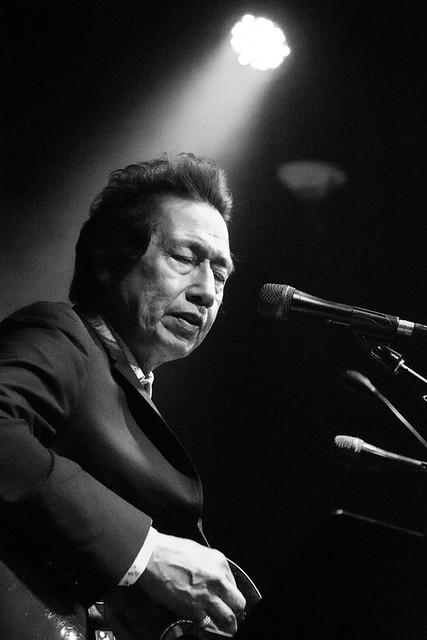 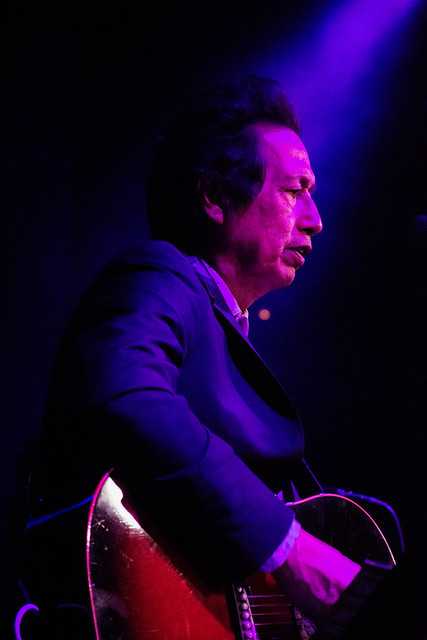 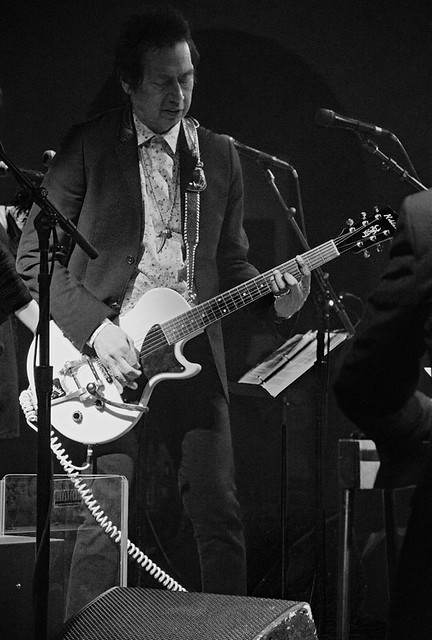 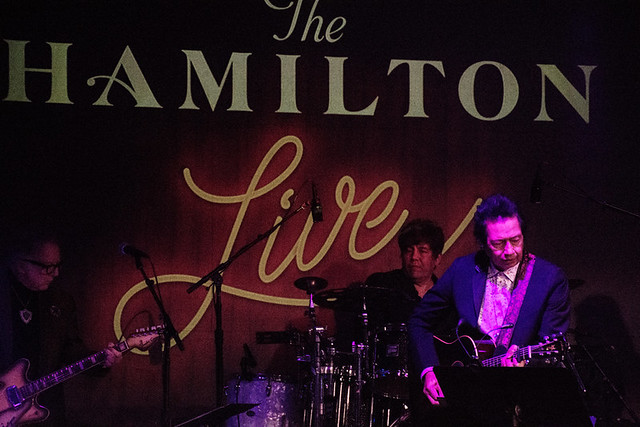 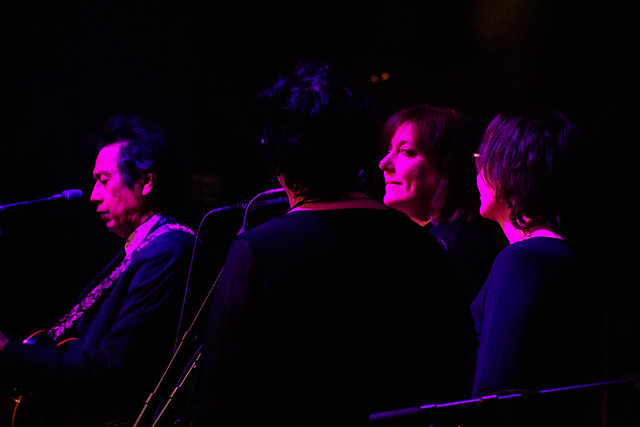 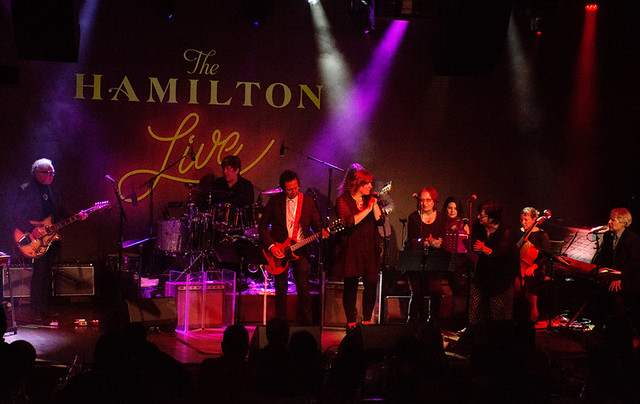 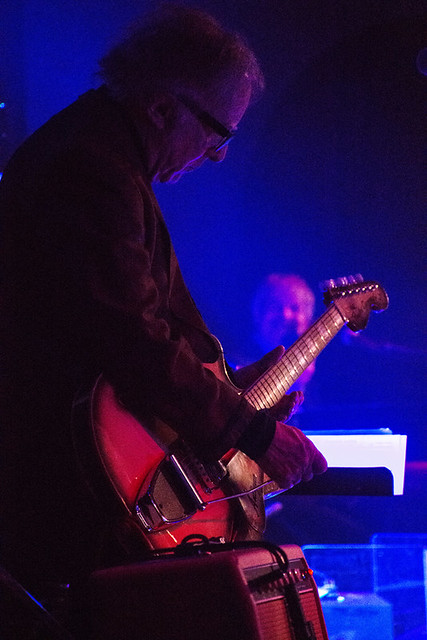 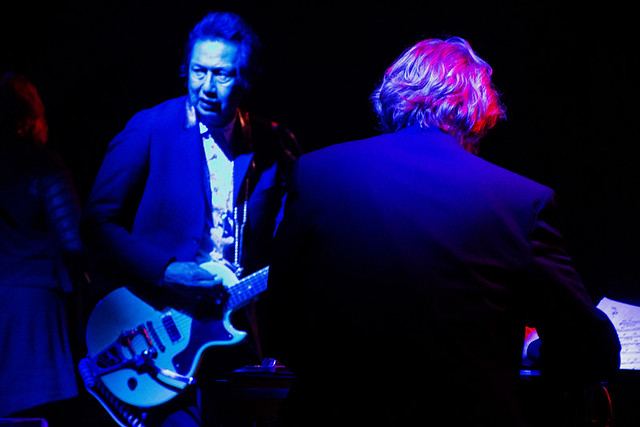 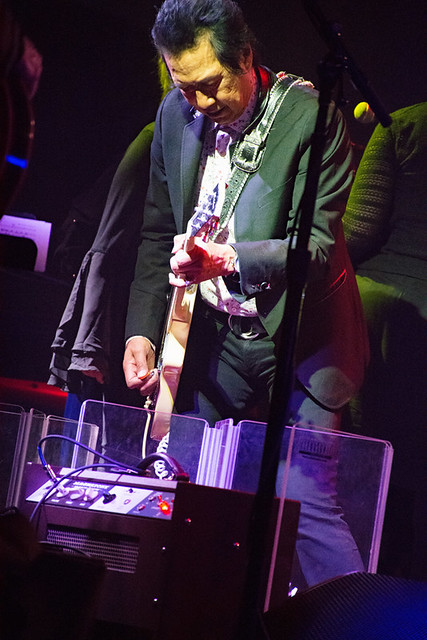