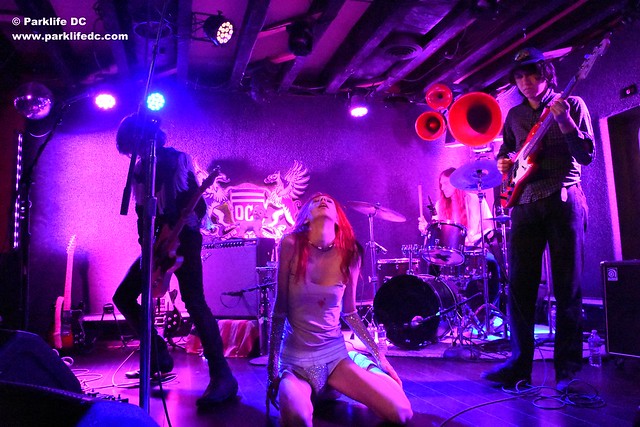 Three members of Starcrawler began rocking out to “Castaway” to open their show at DC9 on Saturday.

Moments later, frontwoman Arrow de Wilde, disheveled and wild-eyed, bound to the stage and immediately appeared to go through some sort of painful withdrawal. She contorted her face, and she scratched all over her body.

She honestly rather seemed to be in a great deal of distress, too distracted by the grip of invisible demons to perform properly, much less stand.

But perform Arrow did, and her discomfort was part of the show, designed in turn to make *us* feel some discomfort. In their own unique way, Starcrawler would like to incorporate us into the performance.

Before long, Starcrawler played “I Love LA,” the big single from their self-titled debut album, released on Jan. 19 via Rough Trade Records. By this point, Arrow had grabbed the attention of the moderately full room and held it tight. But also, the mechanics of the band became clear: Arrow’s antics occasionally played off guitarist Henri Cash, who clad in fringe often seemed to serve as John Doe to Arrow’s Exene Cervenka. (Seriously, Starcrawler could have broken out into “White Girl” or “Los Angeles” at that point, and it would have been completely natural.)

In the back of the stage, bassist Tim Franco and drummer Austin Smith hammered home frenetic riffs, and the entire package came together as gloriously glam punk. Arrow thrusted herself into the music with a vigor that might also recall young Iggy Pop — dispossessed, Arrow almost appeared beyond caring if she were to hurt herself onstage.

Arrow’s constant writhing produced a continuous audience interaction beyond singing or playing guitar at them. Arrow wanted us to feel like we were participating in something dangerous, and her tattered t-shirt and silver codpiece served as props to project a turmoil contained to the stage antics. The music escaped those confines, sounding vital and powerful.

In the last number of the night, Arrow dashed off the stage and onto the bar, where she snarled and chewed up lemon and lime slices while glaring like a wild animal. She spat them out and sprang away to disappear.

Henri also kept the audience ensnared with volatile thrashing, albeit on his guitar. As with Arrow, he created an envelope that encapsulated the room. And in a different way, Henri also thrust himself into it when he came into the audience and bashed away on the guitar during the last song, “Chicken Woman.” In fact, the end of the song found Henri seated on the bar, playing away without a care in the world.

Starcrawler keep freaking out audiences on the road tonight, Feb. 20, in Pontiac, Michigan, and through Feb. 23 in Chicago. They have more US dates planned for March, including appearances at SXSW. Go to rock the night away with Starcrawler for sure but steel yourself for Arrow’s interest in disrupting your comfort zone. 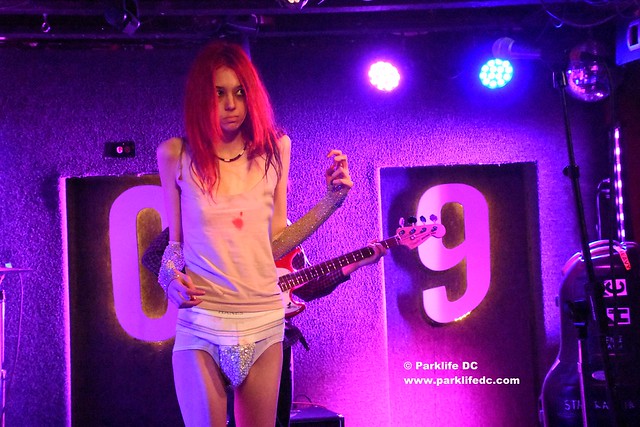 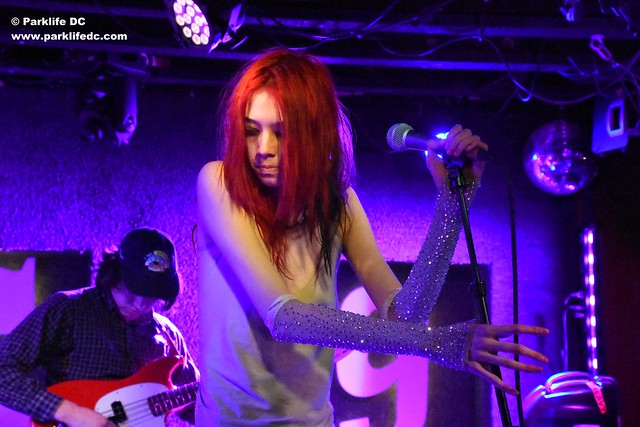 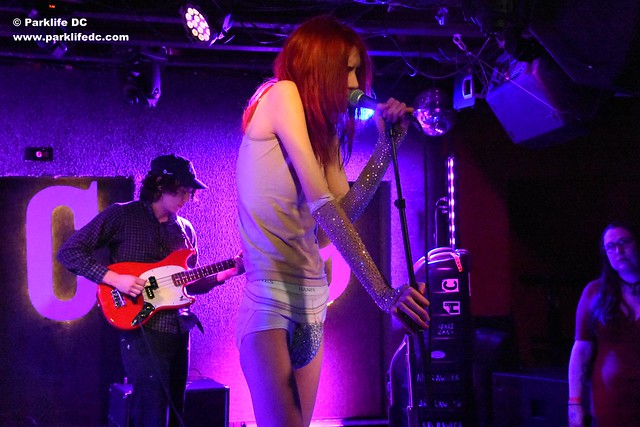 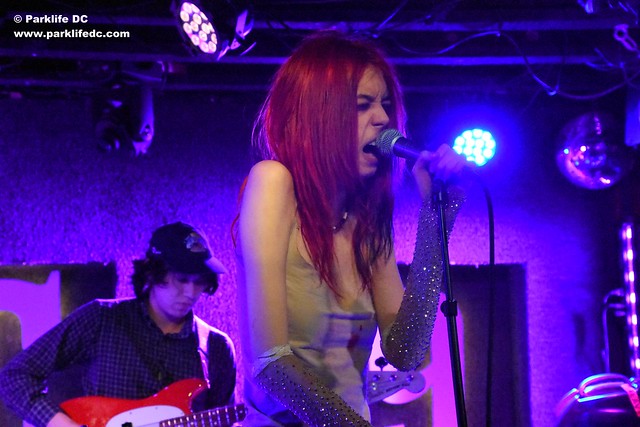 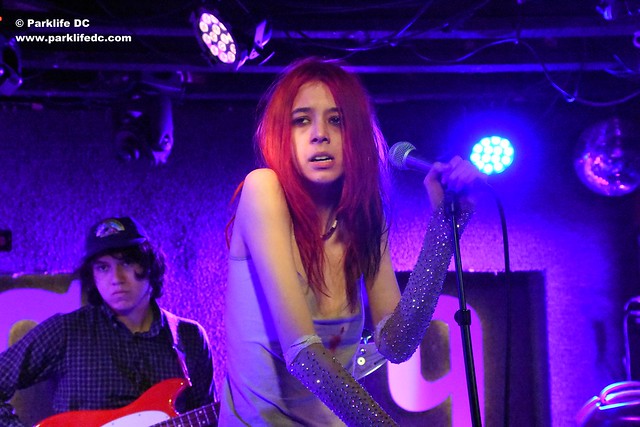 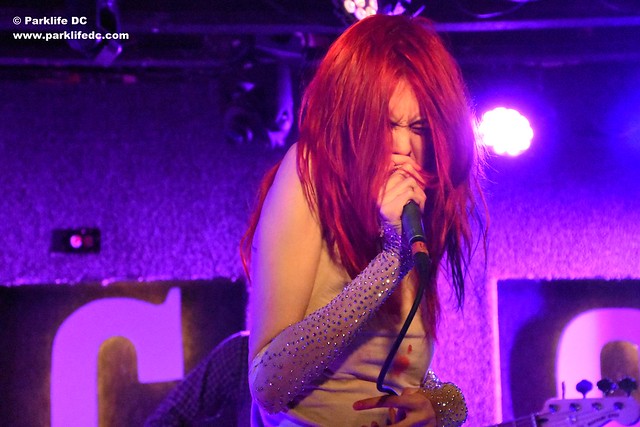 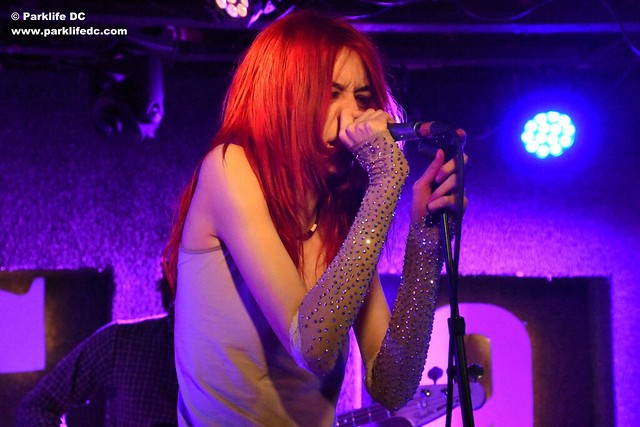 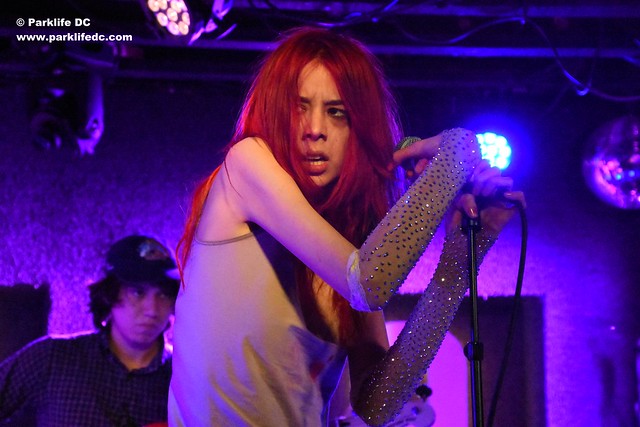 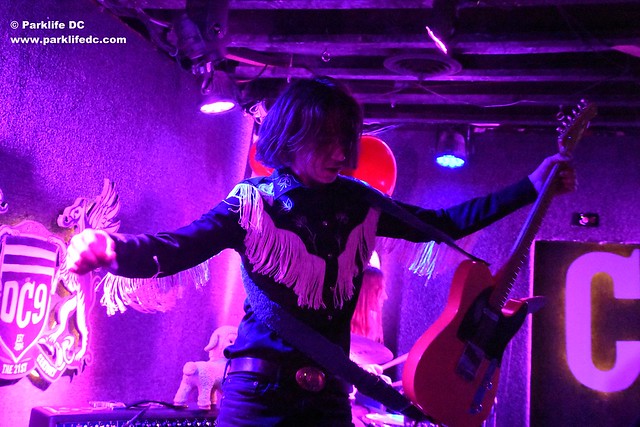 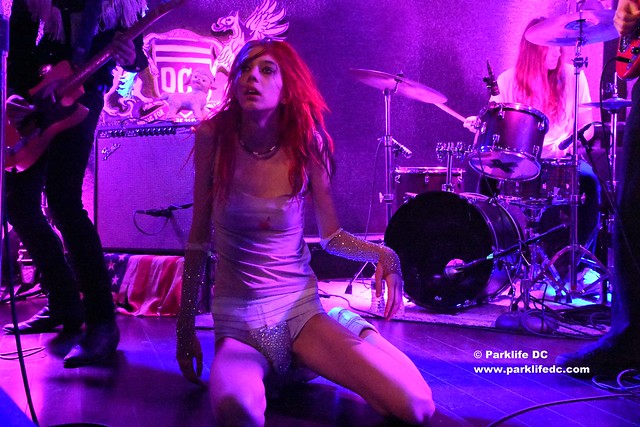 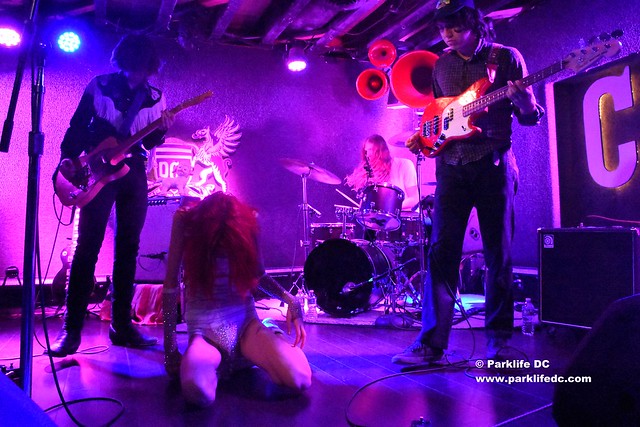 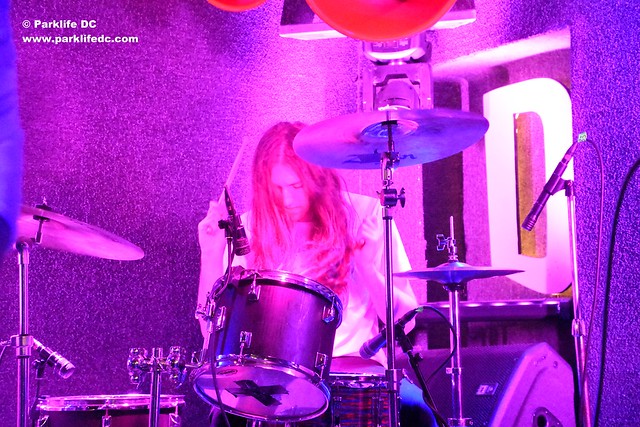 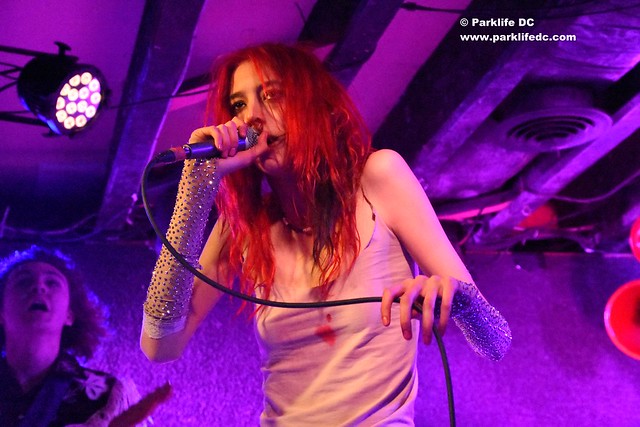