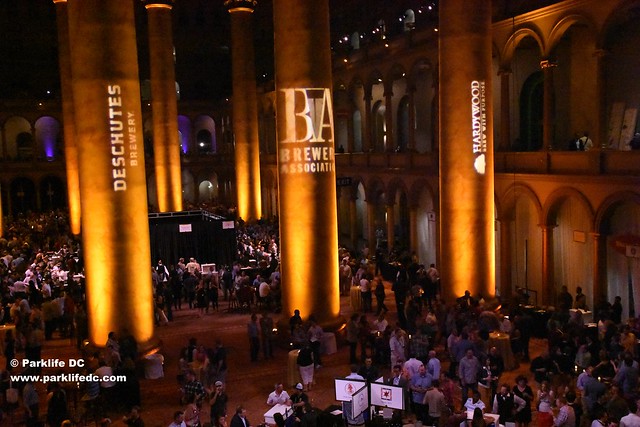 Beer aficionados gather for Savor 2017 at the National Building Museum.

Ninety small and independent craft brewery converge at the National Building Museum (401 F St. NW, DC) in DC on Friday, June 1, and Saturday, June 2, for the return of SAVOR: An American Craft Beer & Food Experience. Tickets for the event are on sale as of today, March 21!

The Brewers Association will present the 11th edition of SAVOR as the premier craft food and pairing event in the United States, building on a terrifically appealing outing with last year’s 10th anniversary. With each brewery offering at least two beers, SAVOR 2018 will feature more than 180 beers from across the country.

This year, SAVOR continues to mix it up with new breweries: 60 percent of those exhibiting were not at least year’s event, and 36 percent are first-time participants. The SAVOR breweries represent 32 states and DC, of course. Chef Adam Dulye, Brewers Association executive chef and author of newly released The Beer Pantry, will develop the food pairings for each beer.

Specialty food stations at SAVOR 2018 will feature vendors serving up bites that can be paired with craft beer on the second-floor balcony of the National Building Museum. This year’s producers include: