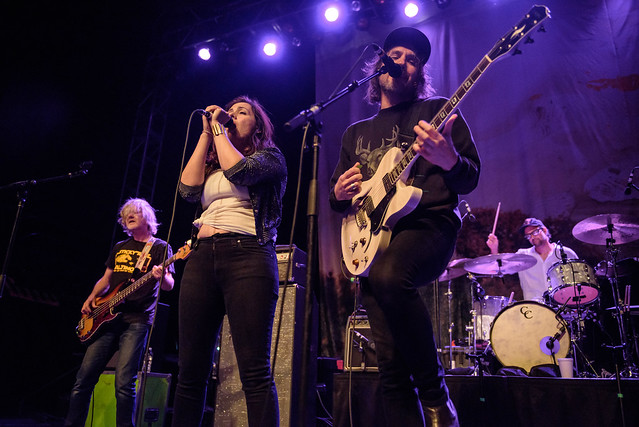 What do we call it when you get super into an album 2 weeks after the band’s tour comes through your area? B/c I have that w/ the BSS album.

Is there a worse feeling than this? 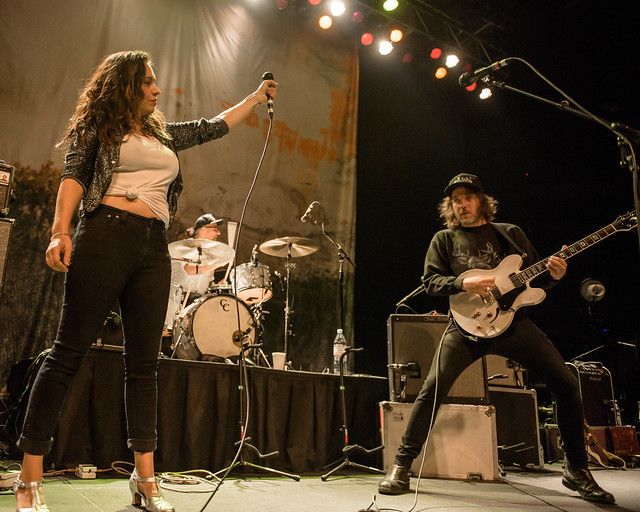 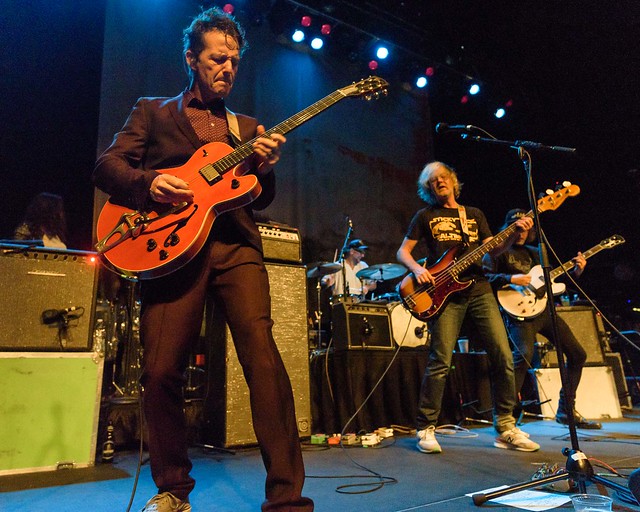 I mean, if we’re being honest, then yes, of course there is, but work with me here.

Having an album dig its way deep inside your brain and absolutely refusing to let go and then finding out you *just missed* your chance to see said band perform it (twice in this case!) is a huge bummer. But luckily for me, the members of Broken Social Scene collectively decided that one tour of the United States simply wasn’t enough to promote their amazing album Hug of Thunder, and I was able to correct my mistake from last year with a short road trip up 95 to Baltimore to catch them at Rams Head Live on Friday. 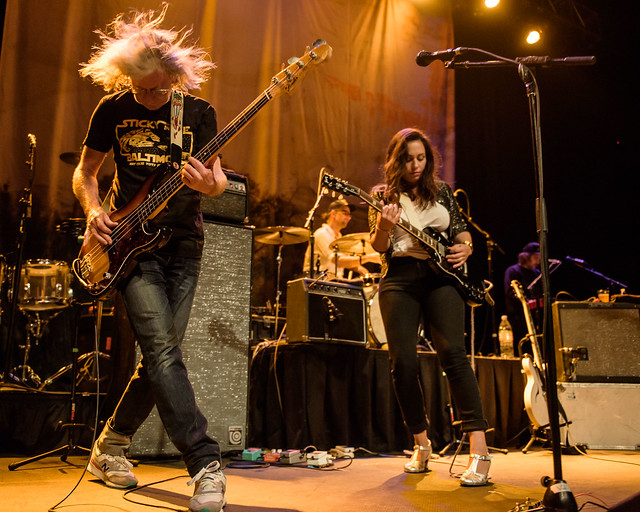 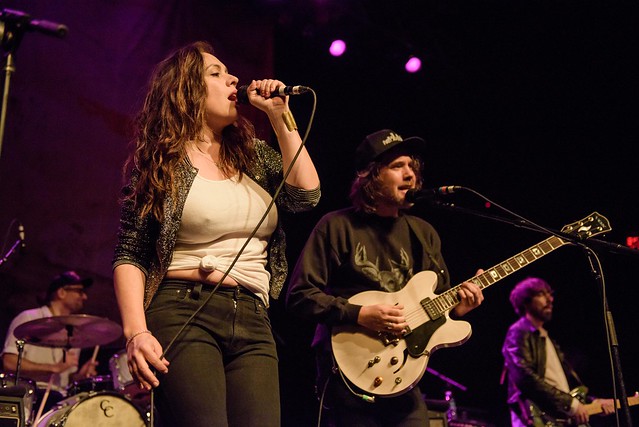 The night started off with You Forgot It In People’s spunky rave-up “KC Accidental,” which set the table nicely. Any doubts the crowd might have had about Ariel Engle, who would be handling the not-insignificant task of providing the female vocals for the show, were quickly dashed during the band’s next tune, the excellent “7/4 (Shoreline).”

Ariel was more than up to the task all night taking ownership of new songs like “Hug of Thunder” as well as older nuggets like “Almost Crimes.” The bouncey “Stay Happy” was another standout. 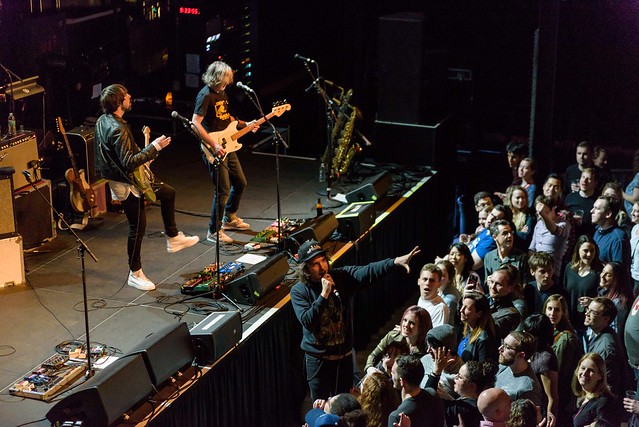 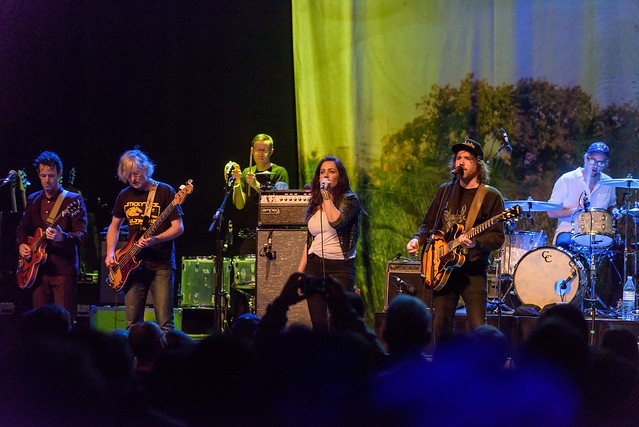 Of course, BSS maestro Kevin Drew was in the center of it all, shuffling back and forth between center stage and a keyboard on the back of the stage. For “Texaco Bitches,” he climbed down into the crowd and implored everyone to sing back-up for him. Guitarists Brendan Canning, a sparkplug all night, Sam Goldberg, and Charles Spearin seemingly switched instruments every song, while Andrew Whiteman seemed content to stay stage right and shred in one place. Drummer Justin Peroff kept everything moving like clockwork. 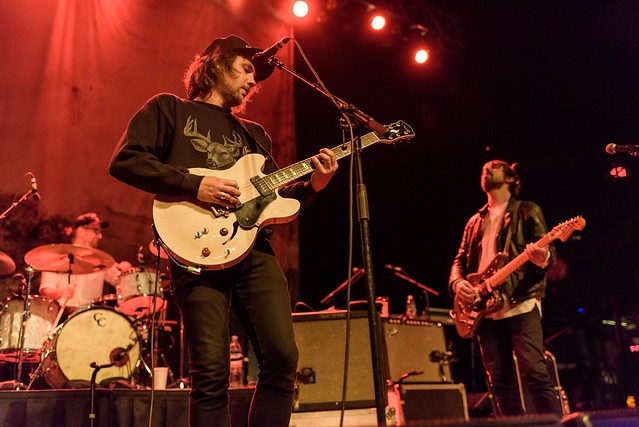 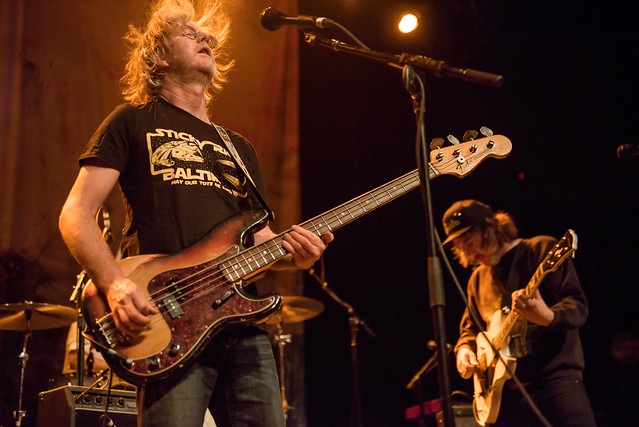 Sadly, albums and tours from Broken Social Scene are few and far-between, so it’ll likely be a few years before we get to see them do this all again. Maybe by then I’ll be able to get the noodley riff of “World Sick” out of my head!

All photos of Broken Social Scene, performing at Rams Head Live in Baltimore on April 6, 2018, copyright and courtesy of Kyle Gustafson. 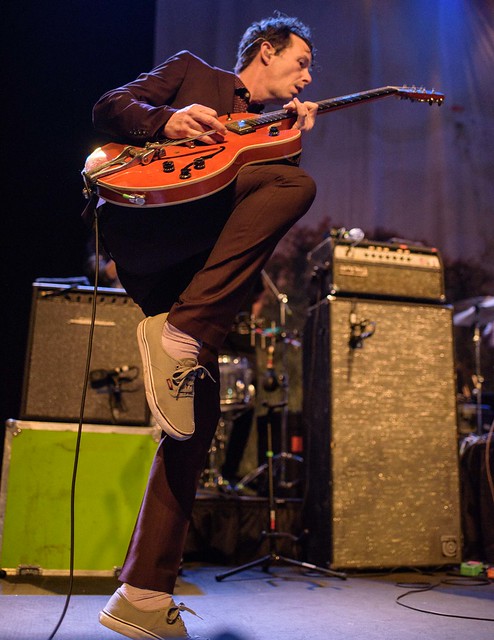