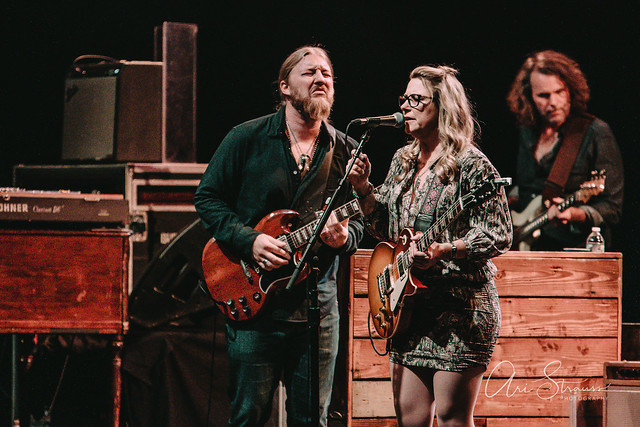 I recently found myself musing on the merits of listening to recorded albums versus attending live performances for the different experiences they provide the listener. As a jam band, Tedeschi Trucks Band provides a live experience for the audience that is simply unequaled by the studio album. The heavy improvisational element of their performance means that every show is unique. Sure, their recorded albums are great, too — they won a Grammy for Best Blues Album with Revelator — but it’s as a live act that that they truly amaze. And amaze the band did at Wolf Trap on July 11 as headliners on their Wheels of Soul Tour.

Tedeschi Trucks differs from most jam bands. Most jam bands — think Phish or the Grateful Dead — favor psychedelia in their musical approach. Tedeschi Trucks, by contrast, grew out of a merging of the Derek Trucks Band and the Susan Tedeschi band, which was called the Soul Stew Revival. Tedeschi Trucks favors blues, soul, and Southern rock in their music, and the band doesn’t really go into psychedelia. They are, however, every bit as driven by creative, improvisational playing, led by god-level guitarist Derek Trucks.

Some acts are especially suited to the big stage, and some acts play especially well at an outdoor venue. With 12 players in the band, nothing less than a big stage will do for Tedeschi Trucks, and the talents of each and every player justifies that stage. On Wednesday evening, as the band flexed its musical muscles, I was aware of the nighttime breeze at Wolf Trap, and it seemed to me a perfect marriage of music and setting.

Wolf Trap was absolutely packed, and the reaction for Tedeschi Trucks was through the roof. The crowd sat during the songs, and after every song, after the improvisation, after the solos, after the call-and-response, the audience rose to give the band standing ovation after standing ovation. As an element of my experience of the concert, it was great to be with a crowd that was laidback yet very, very appreciative of the music.

Derek has grown from young slide guitar prodigy to one of the greatest masters of his instrument. The nephew of Butch Trucks, original drummer for the Allman Brothers, Derek eventually joined that esteemed bunch himself. Recently, Rolling Stone listed him as the 16th best guitarist in popular music.

By coincidence, it happened this concert fell exactly one month after I saw another master guitarist — indeed, another master slide guitarist — Ry Cooder. Both Ry and Derek incorporate diverse influences from American and world influences and into eclectic and wide-ranging styles, but those styles are like fingerprints: completely unique and totally different. It is a joy and a privilege to have seen two masters and be able to reflect on them.

In addition to featuring the Tedeschi Trucks Band in a headlining spot, Wednesday’s concert featured two other excellent acts, The Marcus King Band and the Drive-By Truckers. Marcus King, just 20 years old, is a guitar and vocal prodigy who plays a mix of Southern rock and soul with a tinge of psychedelia. Susan Tedeschi came out to do a song with Marcus during his set, and Marcus was brought back out for a song during the headline performance. “He’s so young and so talented,” Susan said.

The second act on the bill was a personal favorite of mine, The Drive-By Truckers. The Truckers mix a distinctly Southern style of rock with sharp songwriting and progressive social consciousness. While Susan Tedeschi mentioned her wish for seeing the reunification of families separated by the Trump administration’s border policies, the Truckers were the most overtly — some would say incendiary — political act on Wednesday. One of their songs had the less-than-subtle title, “Babies in Cages.” Tedeschi Trucks brought out the Truckers’ two lead singers, Mike Cooley and Pattersoon Hood, for a song during the headline performance.

If you can’t tell, I thought the world of the Wheels of Soul Tour. This concert showcased some of the best music coming out of the South, and the diversity of Southern music: soul, blues, funk, and Southern rock. It had tightly written songs, master playing, and great singing — everything you could ask for in a concert. This concert is a don’t-miss experience.

Here are some pictures of Tedeschi Trucks Band performing at Wolf Trap on July 11, 2018. All photos copyright and courtesy of Ari Strauss. 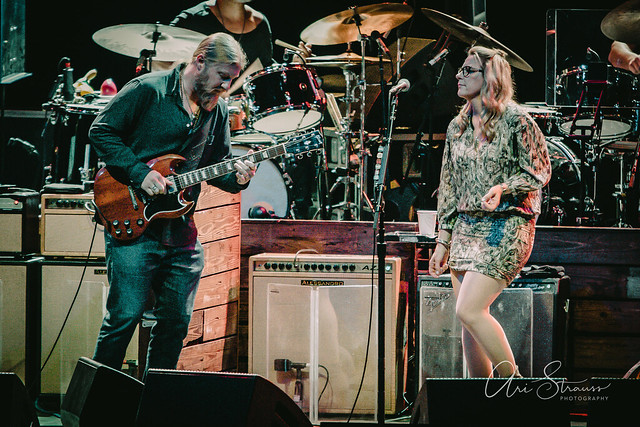 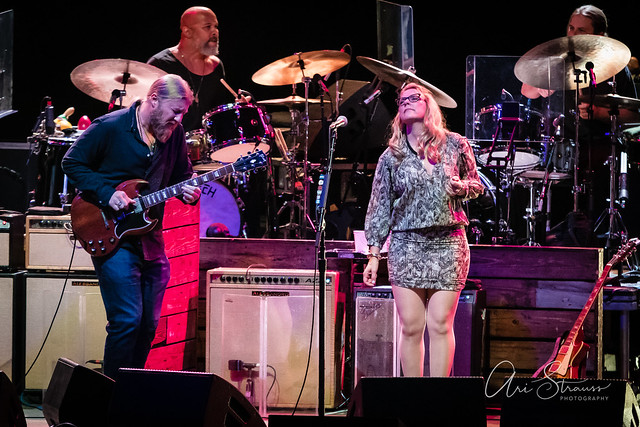 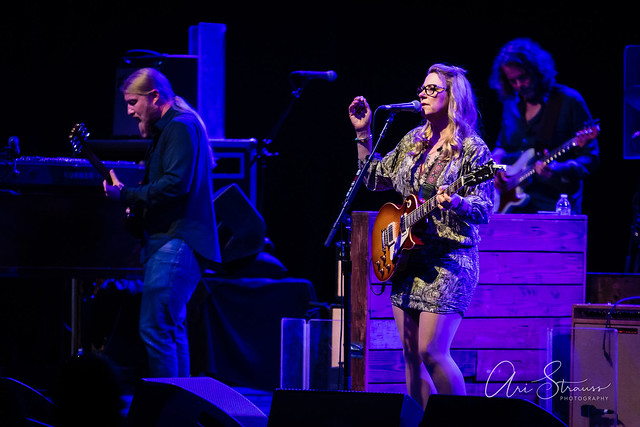 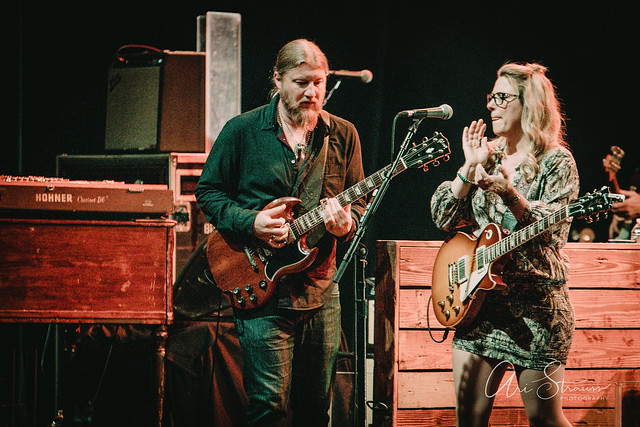 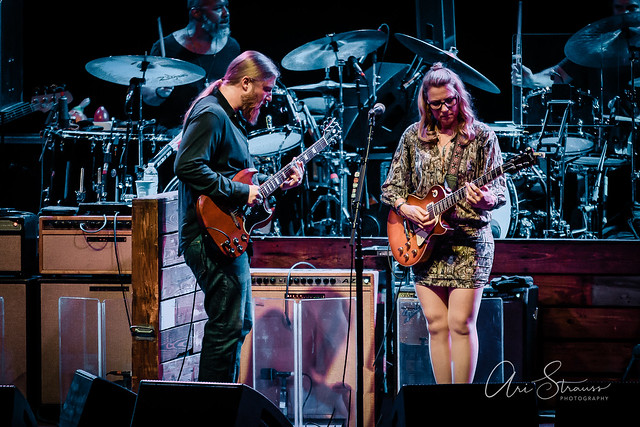 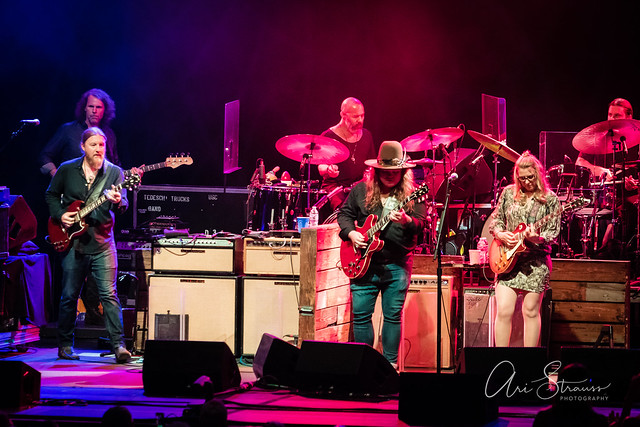 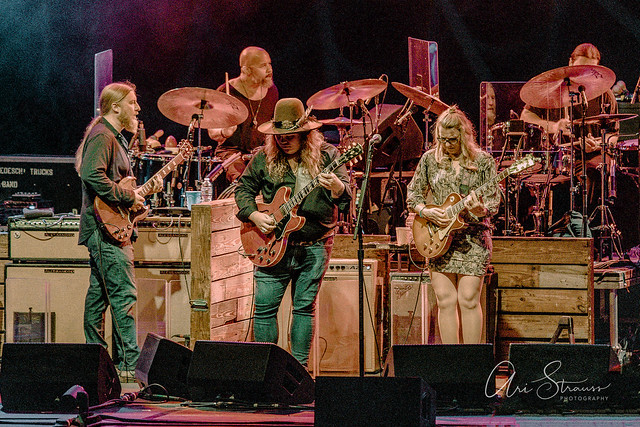 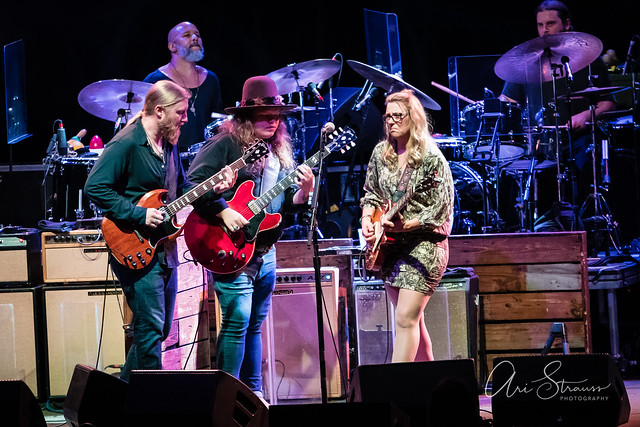 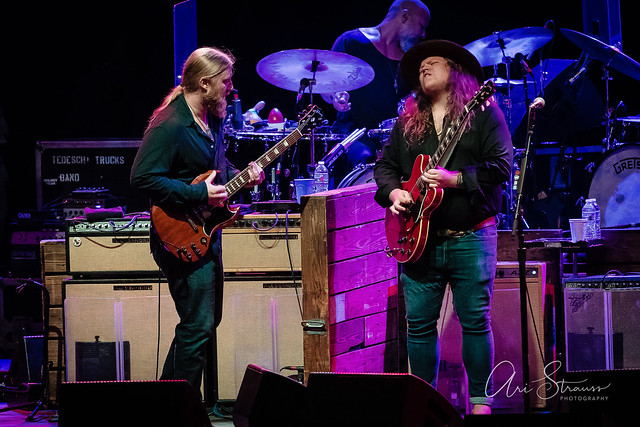 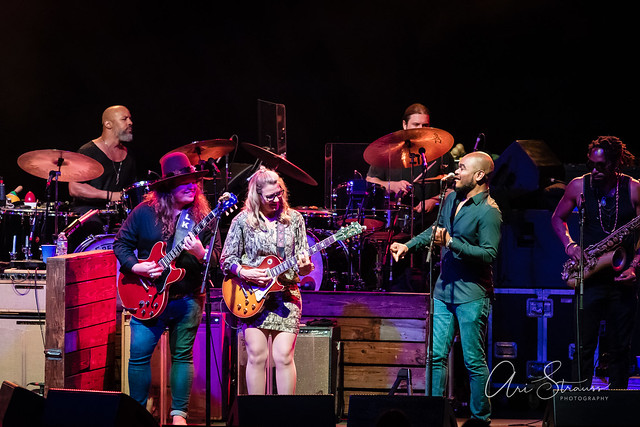 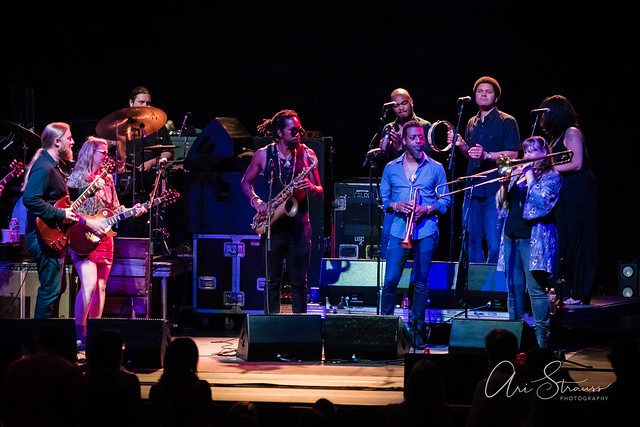 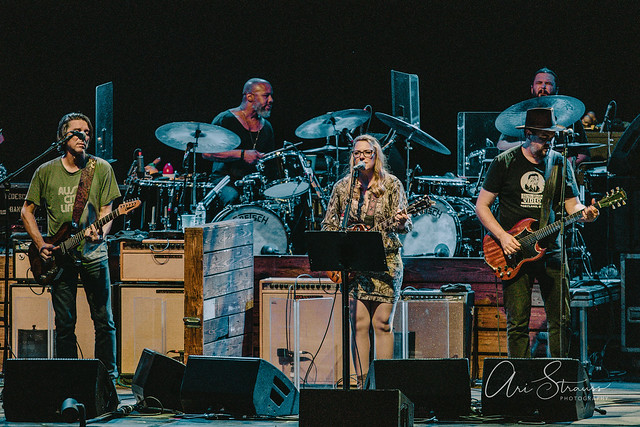