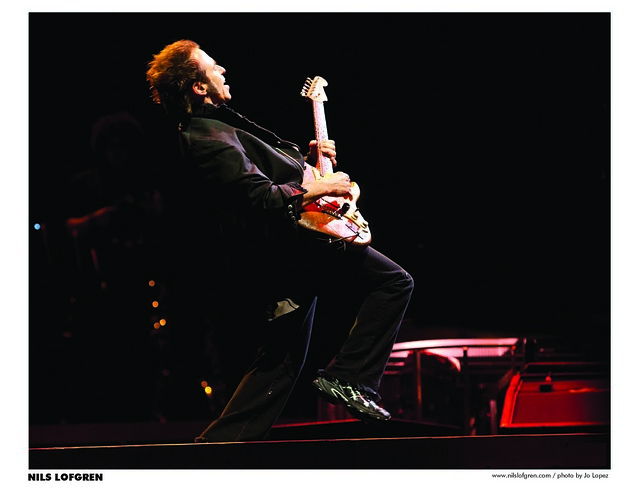 Musician Nils Lofgren, a longstanding member of Bruce Springsteen’s E Street Band, will release a new solo album in 2019. But first, he’s taking some friends on the road for an acoustic tour, which begins with three nights at The Birchmere! Tickets are available for the first of those nights on Friday, Sept. 14, and the third, Sunday, Sept. 16. (The second night, Saturday, Sept. 15, is sold out.)

On his website, Nils announced the tour earlier this year, saying he is “preparing for fall run of shows with Greg Varlotta. We start at the Birchmere in Alexandria, VA for 3 nights Sept. 14, 15, and 16 and expect my 3 brothers will be making appearances with us. Please spread the word and come see us. Amy will be along for Birchmere shows and then the Stone Pony, where we ﬁrst met some 38 years ago.”

No stranger to the DC area, Nils is a Washington Wizards fan! Watch Nils perform “Wizards Fever,” a reprise of the original Bullets Fever, in tribute to the Wizards’ playoff run in 2017, on YouTube:

In 2016, Goldmine praised Nils’ musicianship and live performances: “Nils has long been known for his soaring guitar solos and soulful voice, but his acrobatics on stage have drawn a lot of attention, too — his gymnastic abilities lending a celebratory enthusiasm to the musical proceedings at both solo and Bruce shows. And now, at 64, he has two metal hips, which have slowed down this renaissance rocker not one bit, as he has begun incorporating tap dance and harp (not harmonica, but the real deal, like Harpo Marx played) into his solo and duo shows.”