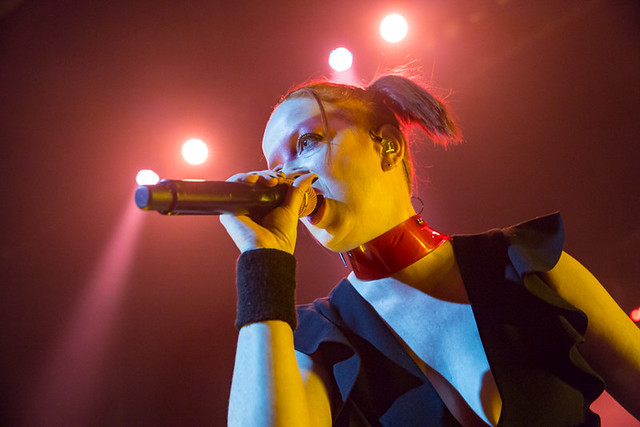 During the late ’90s, Garbage was in constant rotation on MTV, performed the James Bond theme “The World Is Not Enough” and appearing on the cover of every top music publication. The band represented a cultural zeitgeist that fused guitars with electronic music and hip-hop beats. This distinct sound, coupled with powerful imagery and cutting edge-videos, really set the band apart from the musical landscape.

Since then, Garbage has continued to release new music and play sold out shows in DC. Although they may have faded from mainstream media, their hardcore fans have stuck with them and have continued to support and rally behind their music. The show at the Lincoln Theatre was no exception.

Comprised of Shirley Manson (vocals, guitar), Steve Marker (guitar, keyboards), Duke Erickson (guitar, keyboards), Butch Vig (drums) (…and producer of Nirvana, Smashing Pumpkins, Soul Asylum, and Sonic Youth), and Eric Avery (bass), the band showed how powerful their live performances still are and how relevant their music still is to their legion of fans. With a minimalist stage and lighting setup, Garbage made it clear they wanted their music to be the focus of the evening. Opening with rare b-sides “Afterglow” and “Deadwood,” Garbage started off the show with a slow burn that would quickly ramp up.

Shirley took charge and owned the stage from the second she walked on it. Dressed all in black and with a painted red ribbon across her eyes (exactly like Daryl Hannah’s character “Pris” from Blade Runner), she made it a point to make eye contact with every single person in the crowd. One minute, she was pacing side to side like a tiger trapped in a cage and the next minute crooning during a ballad with her eyes watering up. Behind her tough exterior, Shirley showed how vulnerable and fragile she can be. Shirley is one of the best frontpersons in music — she knows how to really work a crowd and connect with them.

The rest of the band often hovered back in the shadows, but they were not afraid to step up at times and reveal they were a force to be reckoned with. Steve and Duke, both on guitars and keyboards, struck poses and really helped anchor the stage. Butch on drums, and Eric on bass, were often jamming in their own world at the back of the stage, and they seemed to be thoroughly enjoying themselves. The band sounded very tight and in top form.

Crowdpleasers such as “Special,” “I Think I’m Paranoid,” “Push It,” and “When I Grow Up” were highlights of the evening and were met with thunderous applause. The band also played homage to their musical idols by mixing in pieces of Depeche Mode’s “Personal Jesus” into “Wicked Ways,” Siouxise and the Banshees “Happy House” during “Sleep Together,” and Fleetwood Mac’s “Dreams” into “You Look So Fine.” This offered enough surprises to keep the crowd on their toes and highly engaged throughout the two-hour set.

Shirley took a few personal moments to thank the crowd profusely for their love and support, and to mention a new record is in the works for release in 2020, as well as bring attention to the recent New York Times article about how the Trump administration is attempting to narrowly define gender. Shirley gave a passionate speech about how the band supports the LGBTQI community and is vehemently against the administration’s actions. The band closed out at the evening with “Cherry Lips” from the band’s third LP “beautifulgarbage,” in which she dedicated the song to this community.

Opening for Garbage was Rituals of Mine, who played a 30-minute set and delivered a passionate performance. Mixing in percussion with electronic elements, the band certainly caught the attention of the crowd. They are ones to watch in the future.

Encore:
The Trick Is To Keep Breathing
No Horses
Cherry Lips

Here are some photos of Garbage performing at the Lincoln Theatre on Oct. 21, 2018. All photos copyright and courtesy of Paivi Salonen. 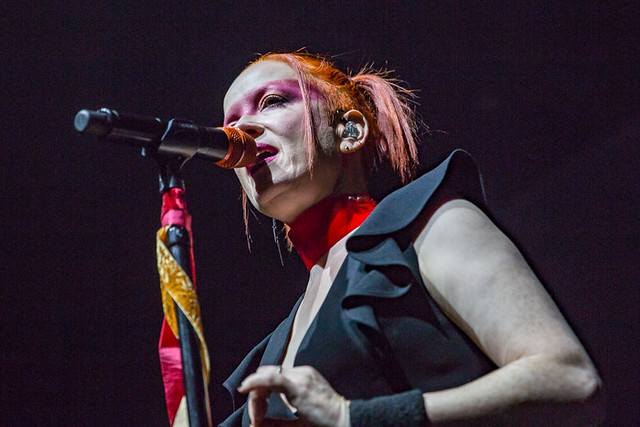 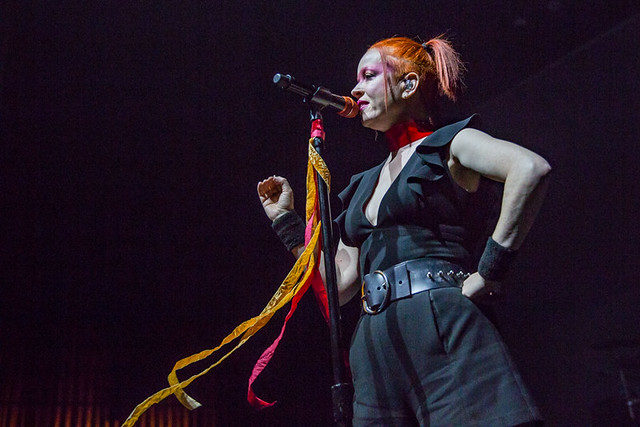 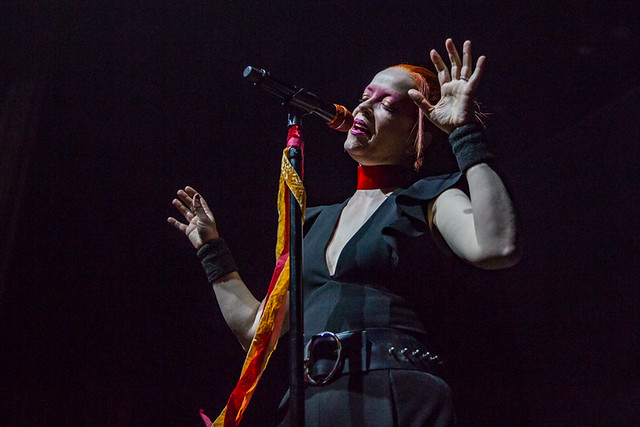 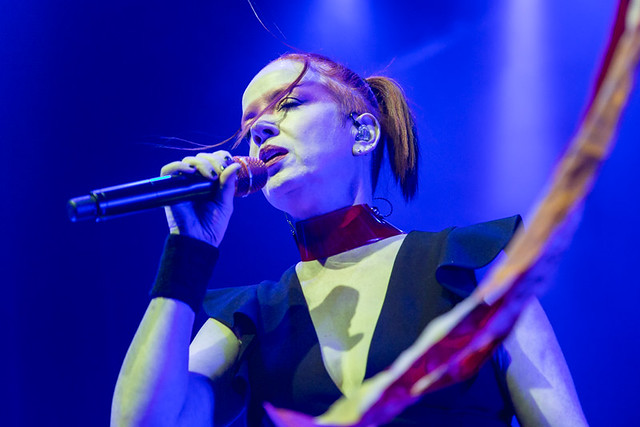 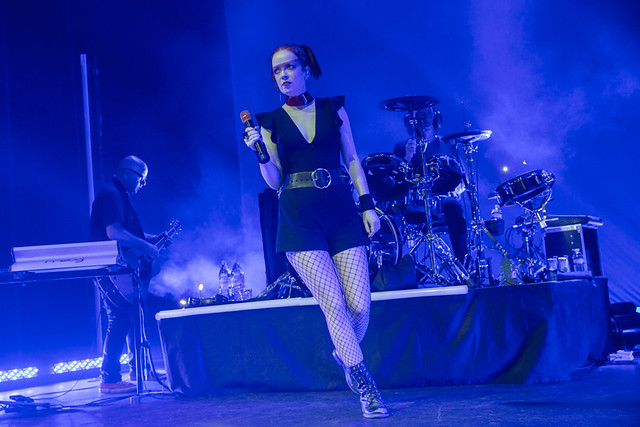 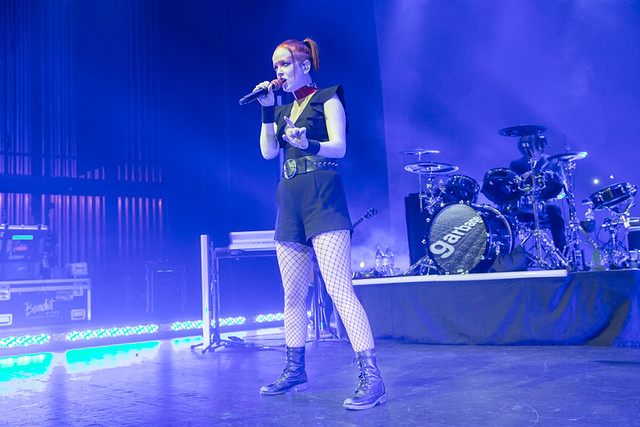 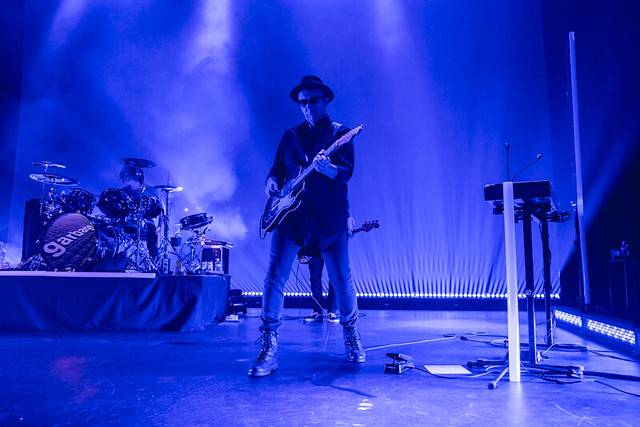 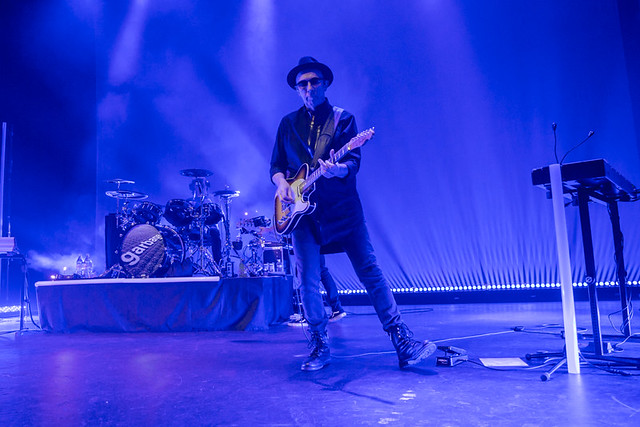 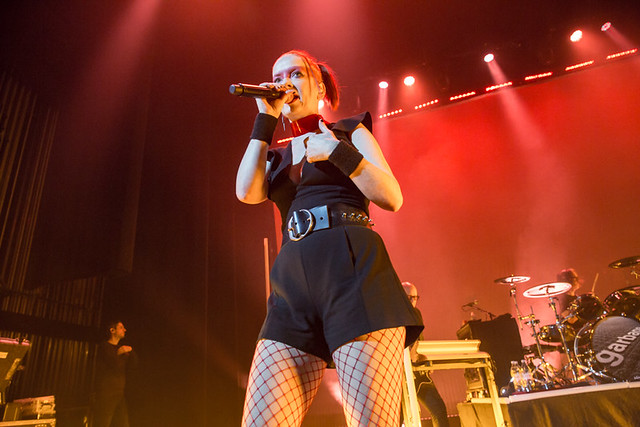 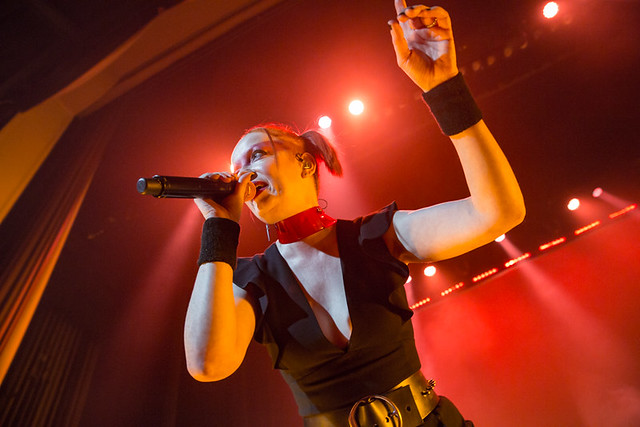 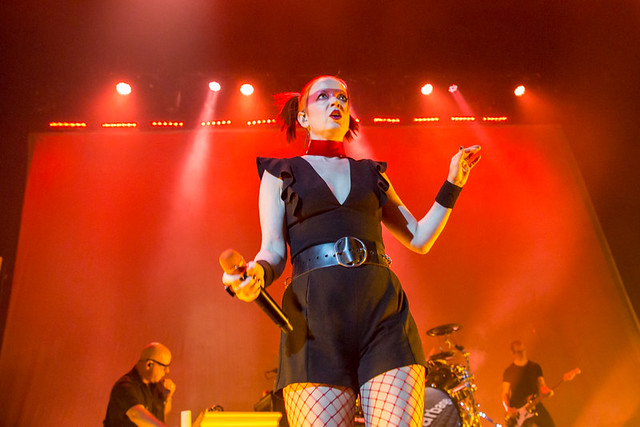 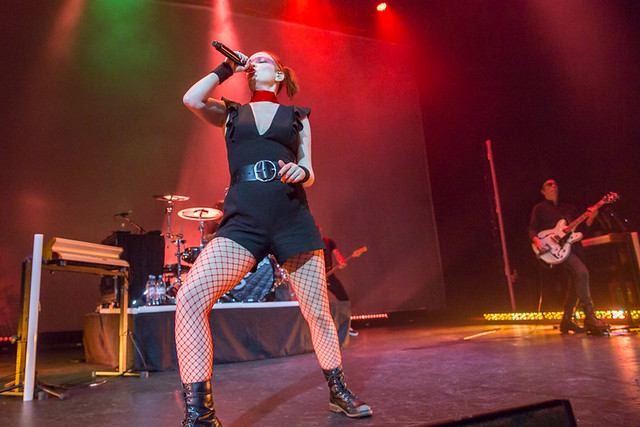 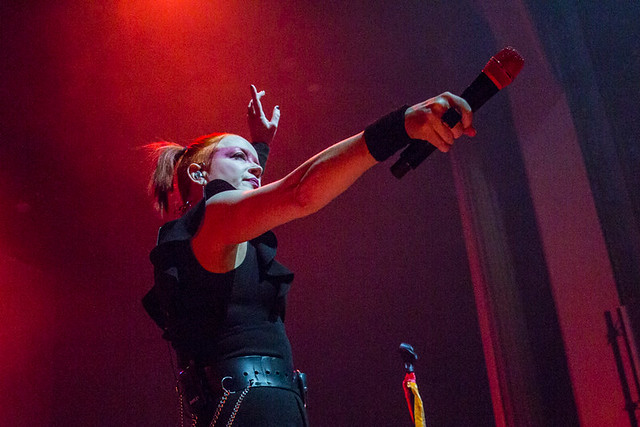 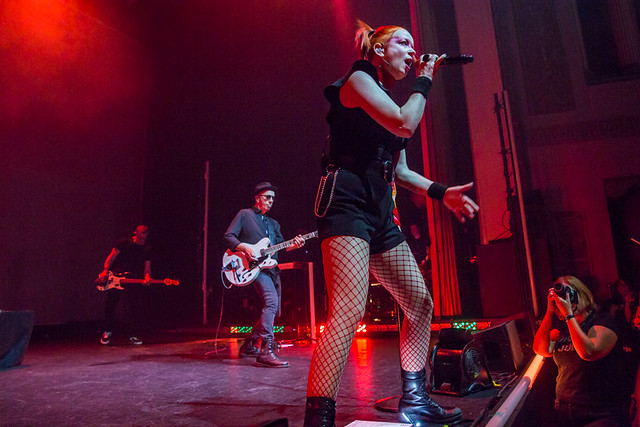 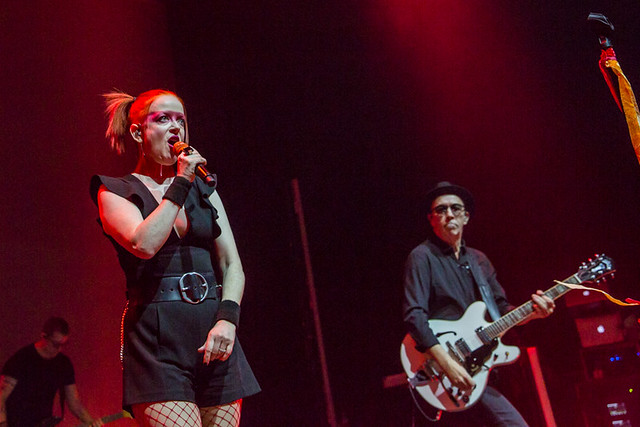 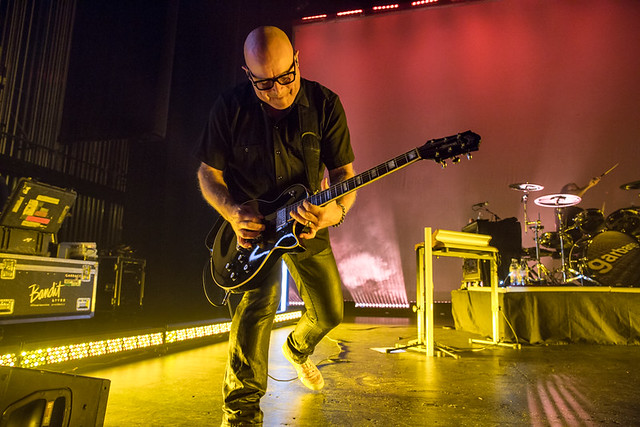 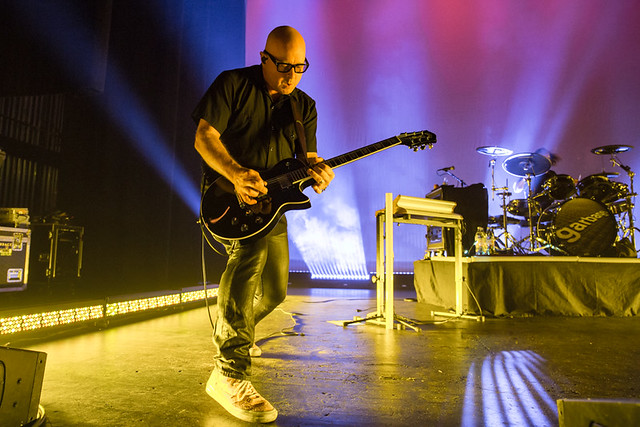 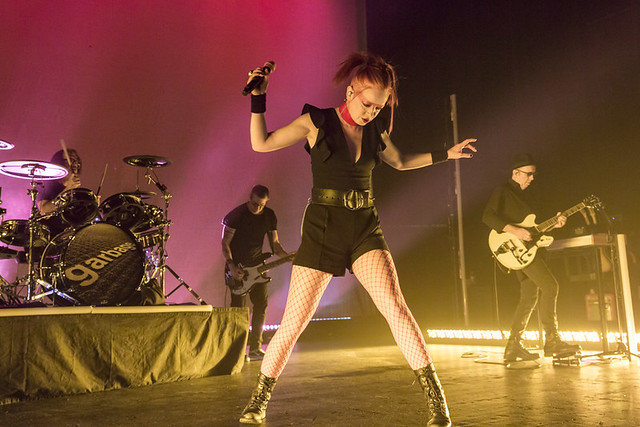 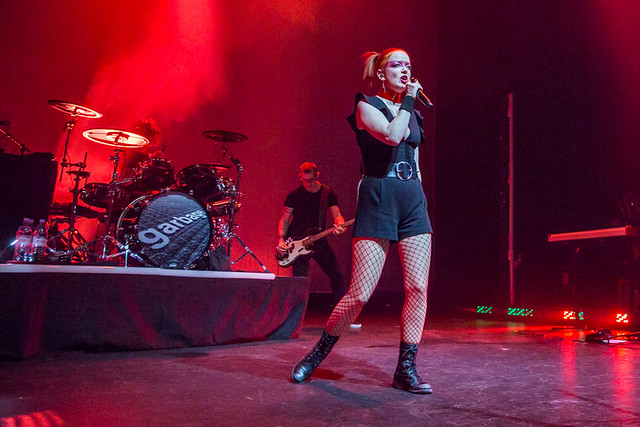 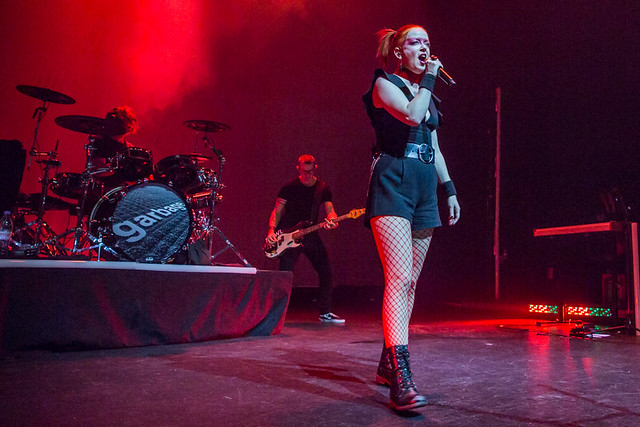 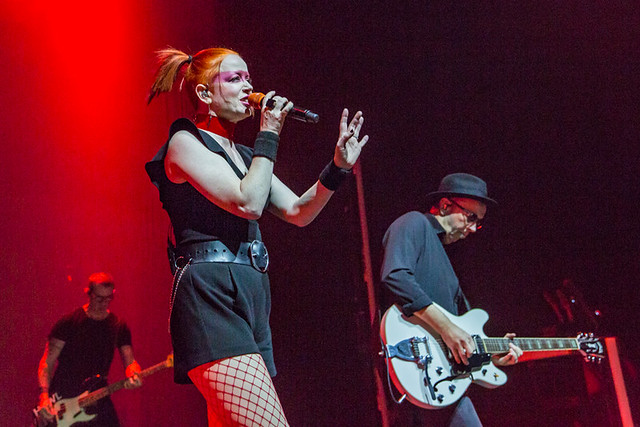 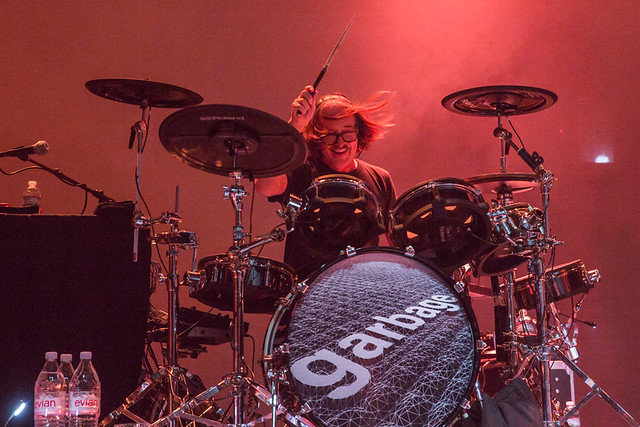 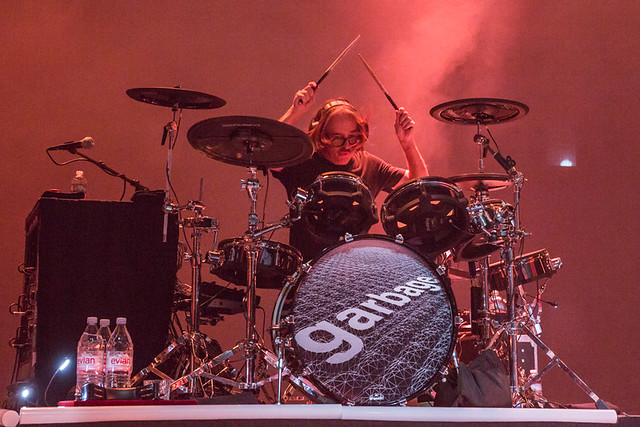 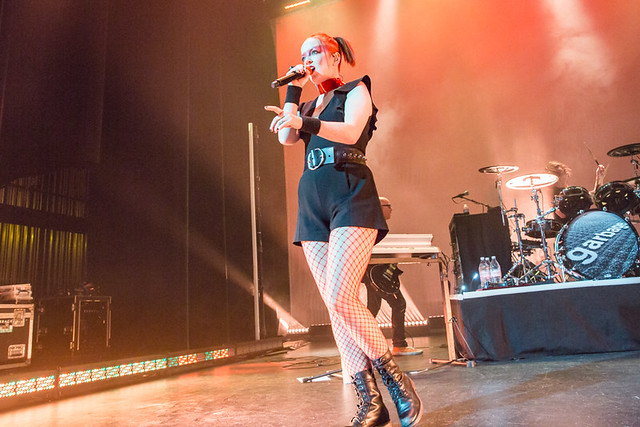 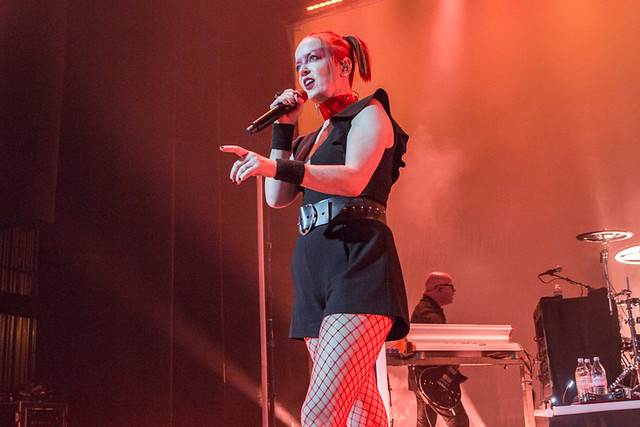 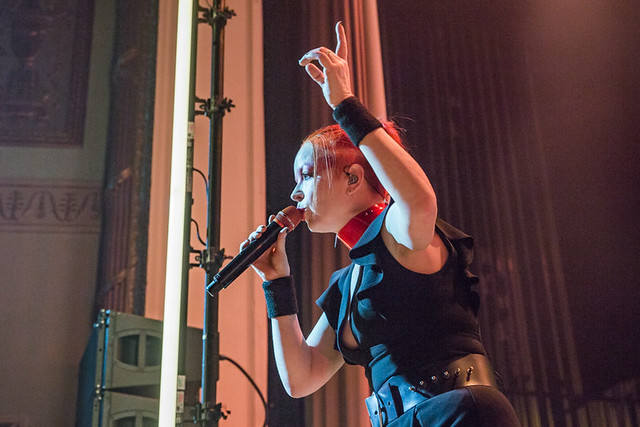 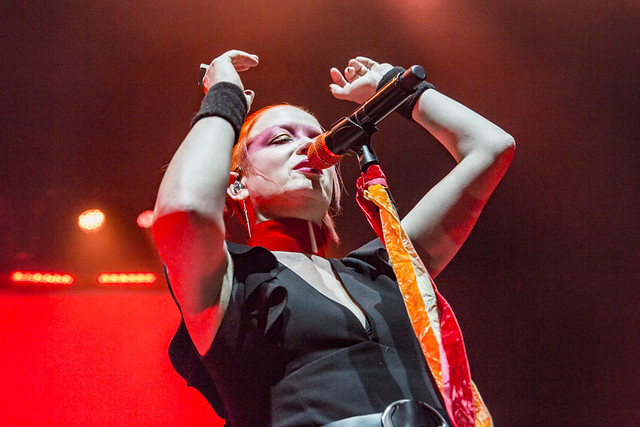