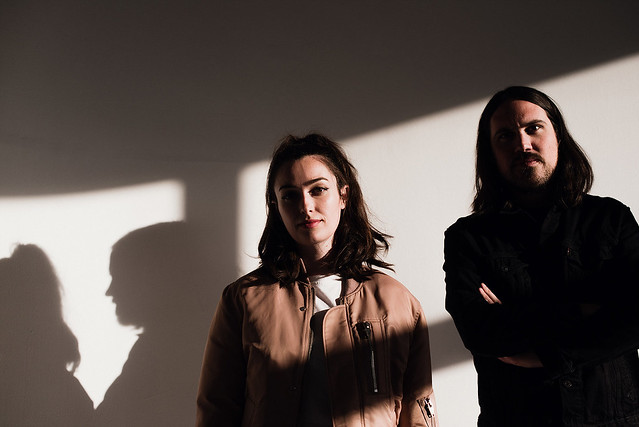 Indie rock duo Cults will perform for two nights at DC9 on Friday, Nov. 30, and Saturday, Dec. 1. Tickets are still available for both nights.

In 2017, Cults released Offering, their third studio album, via Sinderlyn.

Brian Oblivion and Madeline Follin worked on the album for several years in New York, Los Angeles, and San Francisco.

“These songs have both instability and solutions for how to deal with instability,” Brian said. “I think my favorite lyric is from ‘Took Your Picture’: Tinge of blue/To the end/left our hearts/With regrets/I’m learning. That’s as close as you get to a thesis statement for the album.”

Watch the official music video for “I Took Your Picture With My Eyes Closed” by Cults on YouTube:

Both Brian and Madeline, both now aged 28, took particular care to craft their latest album.

“I feel like we stepped into a tour van when we were 21, and basically didn’t get out of it for the next few years,” Brian said. “We wanted to give ourselves some space to have normal lives, and wait until there was something new to say.”

“It was exciting, because writing stopped feeling like a homework assignment. I was able to sit down and do it only when I wanted to,” Madeline said. “These songs are less art projects, less thinking ‘this is a heartbreak song, what would Lesley Gore do?’ and more reflective of things that have happened in our own lives.”

Under The Radar praised the results: “On Offering, the band has transitioned from doo-wop lilts about heartbreak to spaced-out melodies on hope.” Offering “finds the band on a new wave kick that softens the edges from the rock-centric set on 2013’s Static,” Billboard observed.

Buy your tickets online for Friday or for Saturday.