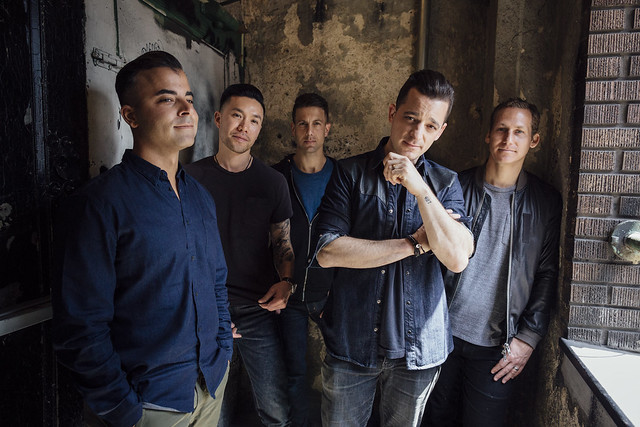 Vocalist Marc Roberge and drummer Chris Culos founded OAR (short for Of a Revolution) in Rockville, Maryland, more than 20 years ago. And now the gents and their bandmates are storming The Anthem in their biggest hometown show ever on Saturday, Dec. 15.

OAR will release The Mighty, the band’s ninth studio album, in 2019. Leading up to the album, the band released singles “Just Like Paradise” and “Miss You All the Time” in the past year.

Marc told Billboard he’s been taking the time with the new album after celebrating OAR’s 20th anniversary in 2016 with a new record.

“It’s been a very stretched-out pace,” Marc told the magazine. “I started the project a few months ago and have been chipping away at it here at my studio (in New York), as opposed to renting a house somewhere and finishing the whole thing in a month or two. That’s made it easier. It’s better stretching out over the course of the year — writing, recording, releasing a single, taking time with every single aspect of it and not being rushed ’cause of budgetary restraints. It’s been much more relaxed.”

Watch the official music video for “Miss You All The Time” by OAR on YouTube:

In a review for Digital Journal, Markos Papadatos likes what he hears so far.

“Overall, Marc Roberge and O.A.R. are able to captivate with their new single “Miss You All The Time.” It is one of their finest musical works to date, and it is worth more than just a passing glance. It is filled with raw emotions,” Markos wrote, giving the song an “A” grade.