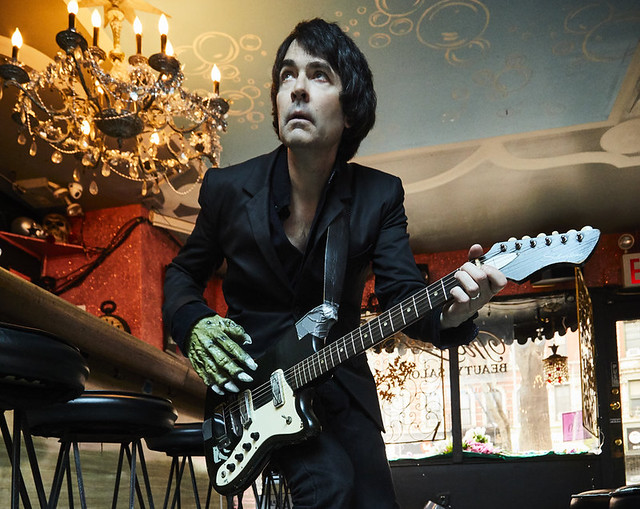 Jon Spencer recently released his debut solo album, Spencer Sings The Hits!, via In The Red Records. He’s bringing his solo show to the Black Cat as Jon Spencer and The Hitmakers on Saturday, Jan. 12.

We know him best as the frontman for the Jon Spencer Blues Explosion, which has released 10 studio albums since 1991. Now, the New York City underground rock legend goes solo with 12 new songs, recorded and mixed with Bill Skibbe at the Key Club in Benton Harbor, Michigan, with Sam Coomes (Quasi, Heatmeiser) and M. Sord (M. Sord).

Watch the official music video for “I Got the Hits” by Jon Spencer on YouTube:

Stuart wrote, “On Spencer Sings the Hits!, Spencer isn’t so much playing rock’n’roll as scientifically reanimating it, welding and wiring the debris together into a mechanistic monstrosity that’s perpetually on the verge of short-circuiting.”