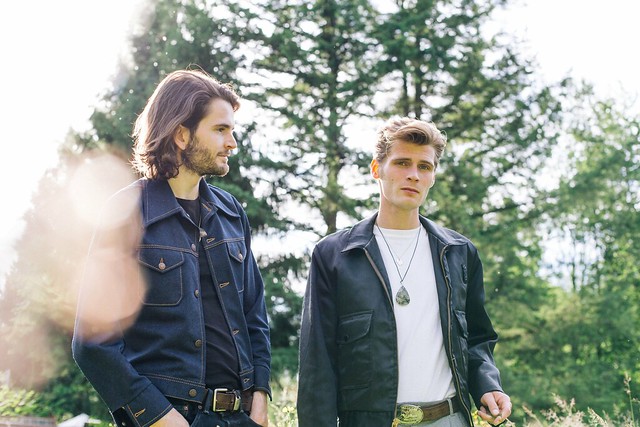 Irish folk duo Hudson Taylor is heading back to DC to perform at City Winery on Monday, Feb. 4. Brothers Harry and Alfie arrive on the heels releasing Bear Creek to Dame Street, a mini-album published via Rubyworks.

In DC, Hudson Taylor previously opened for Hozier at Lincoln Theatre and played a headlining show at Songbyrd Music House.

In a Parklife DC review of the show at the Lincoln Theatre, Mark Caicedo observed, “At the Lincoln Theatre, the contrast between the two brothers (as is common with male siblings) was clearly evident with Alfie’s Buddy Holly/Harry Connick Jr. stage presence and singing and Harry’s bespectacled, Jack White-like demeanor. The brothers couldn’t have been more in sync, the years of on-stage collaboration clear.”

Watch Hudson Taylor perform “Feel It Again” live at the Olympia in Dublin in 2018:

The gents commented in a press release, “We spent 2015 and ‘16 playing tons of gigs and getting ‘Singing for Strangers’ out there and promoting it. When that started to naturally slow down we started writing new tunes and recording demos for the next album.”

They added, “In 2018, we played the most gigs in any year since we started making music together, and had an absolute blast. We released a lot of new tunes and got a fantastic reaction to them from the fans. We are looking forward to releasing more new music and going back out on the road in 2019.”