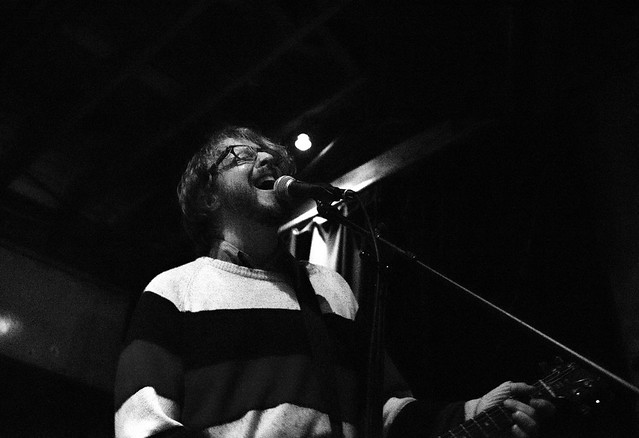 How could anyone not like the music of Eyelids? Those bouncy songs reminiscent of Big Star and Badfinger, the infectious sense of fun, the sweet melodies and bummer vibes that infuse it with something more than your typical power pop. It was all there at Comet Ping Pong recently.

This is rock music that’s not simply ear candy. No, there’s something else there that these veteran rock and rollers bring to the party. Music that sounds like what your parents bounced around to back in the 1980s feels just as at home in modern day concert spaces like Comet Ping Pong Pizza.

I forget how I first learned of Portland, Oregon’s Eyelids, but I had the opportunity to see and review their performance at the Black Cat in November 2017. To say I was blown away would be an understatement. Fast forward a year… I was pleasantly surprised, and immensely flattered, to have the opportunity to interview Eyelids singer, songwriter, and guitarist Chris Slusarenko in anticipation of a the scheduled Feb. 11 show. Without getting into the details (our conversation ranged over a wide variety of topics), I was struck by how Chris talked about the sense of musical history embodied in the band’s music. (And you can read the interview yourself.)

So, as I was preparing for the Comet show, listening to Eyelids’ three full album releases (all on Jealous Butcher), 854 (2014), or (2017) and Maybe More (2018), I paid attention to the influences, melodic phrasings, and the nods to musical heroes past. Yes, the influences were there — the Beatles, REM, Sugar, Guided By Voices, The Decemberists — but also something more. There’s an underlying sense of confidence, experience, and maturity to all the onstage fun and shenanigans. The Eyelids guys haven’t lost any ambition to make music that’s vital and fun, but there’s also no indication that “pursuing the dream” is the driving force it once was.

Perhaps Drake said it best at the Grammy Awards the other night, “But my point is, you’ve already won if you have people singing your songs word for word, if you’re a hero in your hometown. Look, if there’s people who have regular jobs who are coming out in the rain, in the snow, spending their hard earned money to buy tickets to come to your shows, you don’t need this [Grammy] here. I promise you, you already won.”

I attended a 1989 REM performance in a 22,500 seat amphitheater (the likes of which they were selling out regularly) when Michael Stipe, et al. were arguably at their height, critically and commercially. Eyelids music is really not that different (REM guitarist Peter Buck produced or), but Eyelids’ arena tour is still likely a few years off. But it doesn’t matter… judging from the crowd’s response at Comet Ping Pong, Eyelids has already won.

The Comet Ping Pong show started with a B-side bang, opening with “Cannon & Dee;” the three-guitar attack of John Moen, Chris Slusarenko, and Jonathan Drews and solid rhythm section of bassist Jim Talstra and drummer Paulie Pulvirenti setting a pace that would not falter all night. The setlist included album songs, more B-sides, and one from the upcoming album (tentatively titled), The Accidental Falls: The Lyrics of Larry Beckett. Again produced by Peter Buck, the album should be out later this year.

Eyelids will be busy all through 2019. Check upcoming tour dates, more releases and listen to music on the band’s website.

Here are some pictures of Eyelids performing at Comet Ping Pong on Feb. 11, 2019. All photos copyright and courtesy of Mark Caicedo. 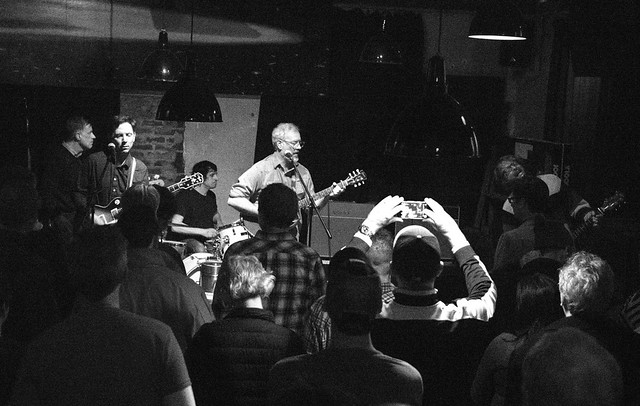 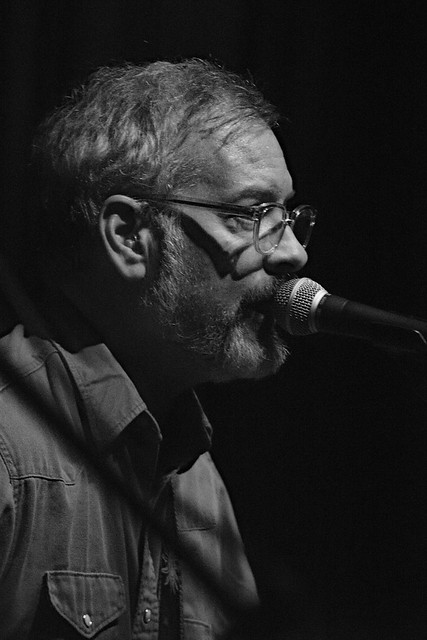 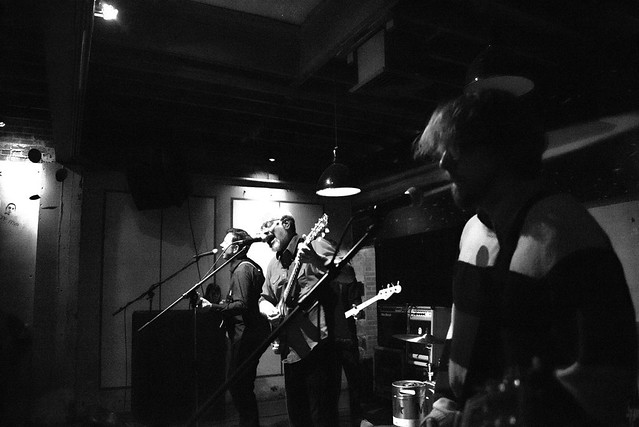 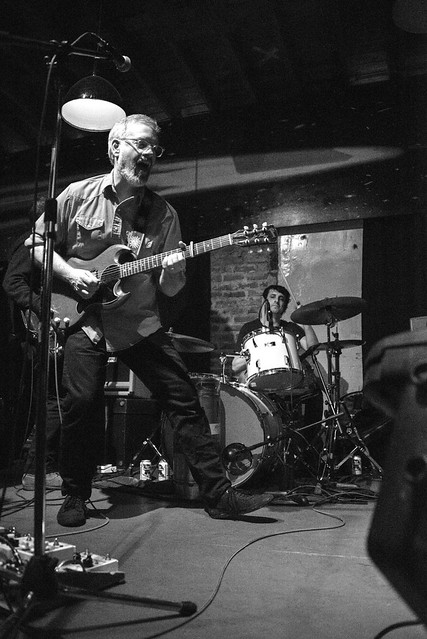 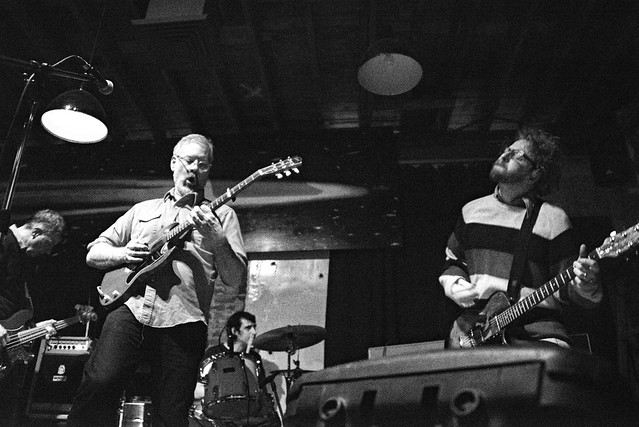 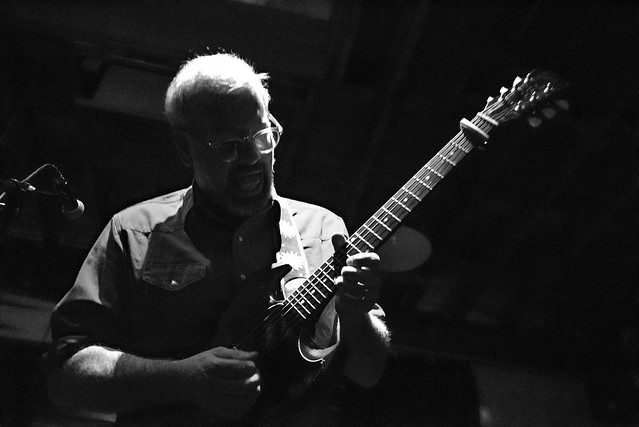 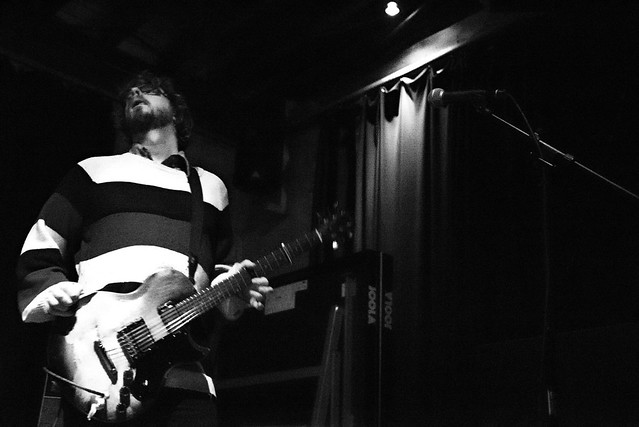 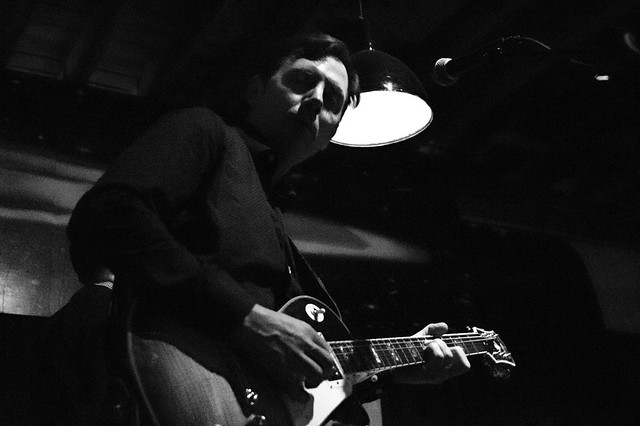 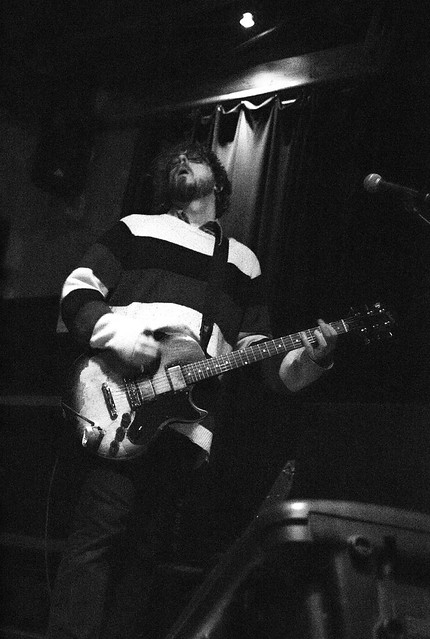 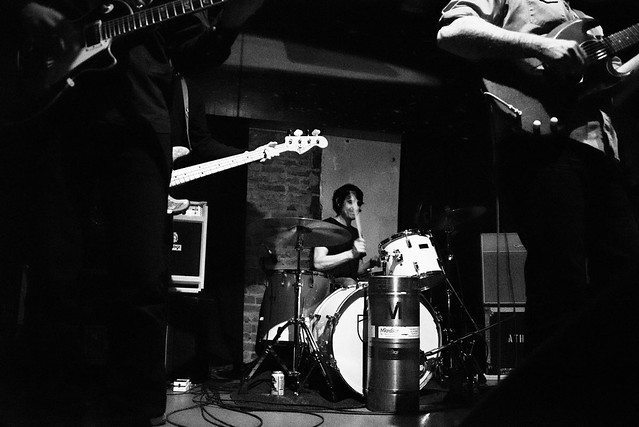